When you hear the word “home,” many things can come to mind. It could be your house from your childhood, the town you live in, your family… For Alexis Lorraine Howard, home is all of those things but then with some added nuance. It is relationships from today and the past. It is keepsakes in your drawer. It’s even the memories that creep into your head when you least expect.

The Space in Between is a series by Alexis Lorraine Howard first exhibited in 2018 that explores the many instances of “home.” It is a feeling and an object, and each can comb

ine to make particular memories come back to life. Howard turned this concept into an opportunity. She reached out to close friends asking them to send her a hand-written letter describing their idea of home. They also included objects that reminded them of the artist or their friendship. Howard used the note and the objects to create a photosculpture. With each object formed into a recognizable house shape in a custom frame, a resin cast, or a shadow box, shared memories become tactile.

Howard works at Salt Paper Studio where she is a Studio Manager, Photo Retoucher, and Digital Tech. She also documents work for other artists and does event photography for music performance. Her time for her own creative projects is spent in multiple media, to say the least. She creates photography, collages, wall hangings, and enjoys learning new processes. Sometimes, many of these processes combine to create something completely her own. Here, Alexis Lorraine tells her story.

You have several mediums that you work in; what drew you to them?

I have always had a love for photography, but when I began college I had the opportunity to explore much more. I took classes like sculpture, printmaking, and weaving. Since then I have really developed an interest in making photographs. Photos are usually two dimensional, but I make them three dimensional by adding elements such as stitching, casting objects in resin, and making non-traditional frames.

The Space in Between “cues one to slow down and examine the space in between one soul and another.” How has this series shown the connection between people?

My series The Space in Between consists mainly of photos of close friends and relatives. In each image, I incorporate unique light, whether natural or through the use of shining light through objects. I use this element to show the warmth and love they bring into my life and the lives of others. We are all connected in some way.

How does combining photographs with objects better convey your message?

The objects themselves have very personal meaning to both myself and the subject of each photograph. I began by asking close friends to mail me handwritten notes recording what comes to mind when they think of the word “home,” and to include objects that remind them of our relationship. I enclosed all of the collected material in the recognizable house shape, which represents the connection between my friends and I and their connection with home.

Home is much more than the vessel we live in, it’s a feeling.

How has your personal concept of home inspired this series?

After graduating, many of my closest friends began to move away and begin different journeys in their lives. Because of this, I’ve found myself needing to hold onto the time I spend with them. This ongoing photo series began as a way to make the most of the time I have with them, and as a way to strengthen relationships with those I am not as close with. I deliberately shoot with film for this series so that I can slow down and really spend time with each subject, asking them about their life and how they are doing. Ultimately, it is much more about being with the person in the here and now. 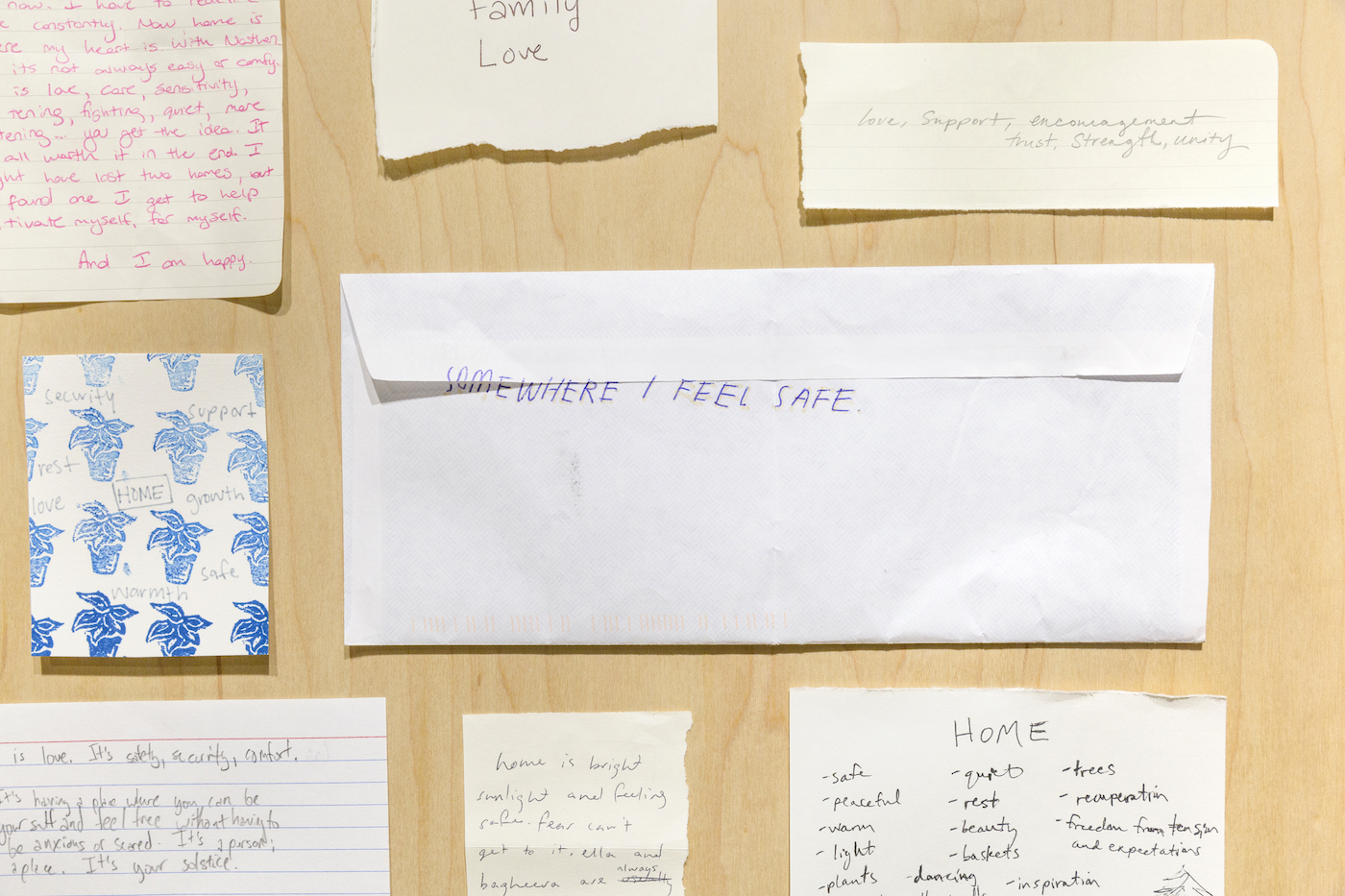 When you photograph live events, what elements of your fine art and portrait photography do you implement?

When photographing live events, it is important that I elevate the scene to the same standard I hold my fine art photography to. I strive to make each shot feel unique by paying close attention to color and composition, and matching the energy of the performers.

Who are some artists/creatives that inspire you?

What do you have in store for the last half of 2019 – anything we should know about?

In 2019, I’m looking forward to photographing more people in their homes with hopes of creating a book someday. For now, I’m submitting to exhibitions on both a local and national scale and continuing to work on my photosculptures by experimenting with new materials and processes.