When the lights dim and the curtain draws back, the theatre grows quiet. Dancers behind stage run the routine through their heads one last time because the ballet is about to begin.

Every performance like this at Charlotte Ballet is one of a kind because of the talented dancers and the dedicated directors who carefully piece together each production. Jean-Pierre Bonnefoux has been the President & Artistic Director at the Charlotte Ballet for the past 20 years, and it is his touch in particular that truly elevates the shows from “good” to magical. And now, in the 2016-17 season, Bonnefoux is preparing to take his final bow as director as the new Director, Hope Muir, plans to take over in July.

Bonnefoux has truly dedicated his life to the ballet, both professionally and personally.  His wife of 43 years, Patricia McBride, is Associate Artistic Director of Charlotte Ballet and a teacher for the academy. McBride was a ballet dancer herself for over three decades.  The couple has danced in New York City, Paris, and Tokyo.

For Jean-Pierre, ballet has always been a special art that he holds dear to his heart. His career has been wide-spanning: The France native began his dancing career at the young age of 14 and he danced in Paris and New York City companies until his last performance as a dancer in 1980. He became an artistic director at the Chautauqua Institution in New York in 1983, where he still assists during the summers. Then, shortly after his wife Patricia McBride retired from the New York City Ballet, the couple moved to Bloomington, Indiana. There Bonnefoux was the director for Indiana University’s dance department. Finally, in 1996, Bonnefoux and McBride relocated to Charlotte, North Carolina to assist with Charlotte Ballet. 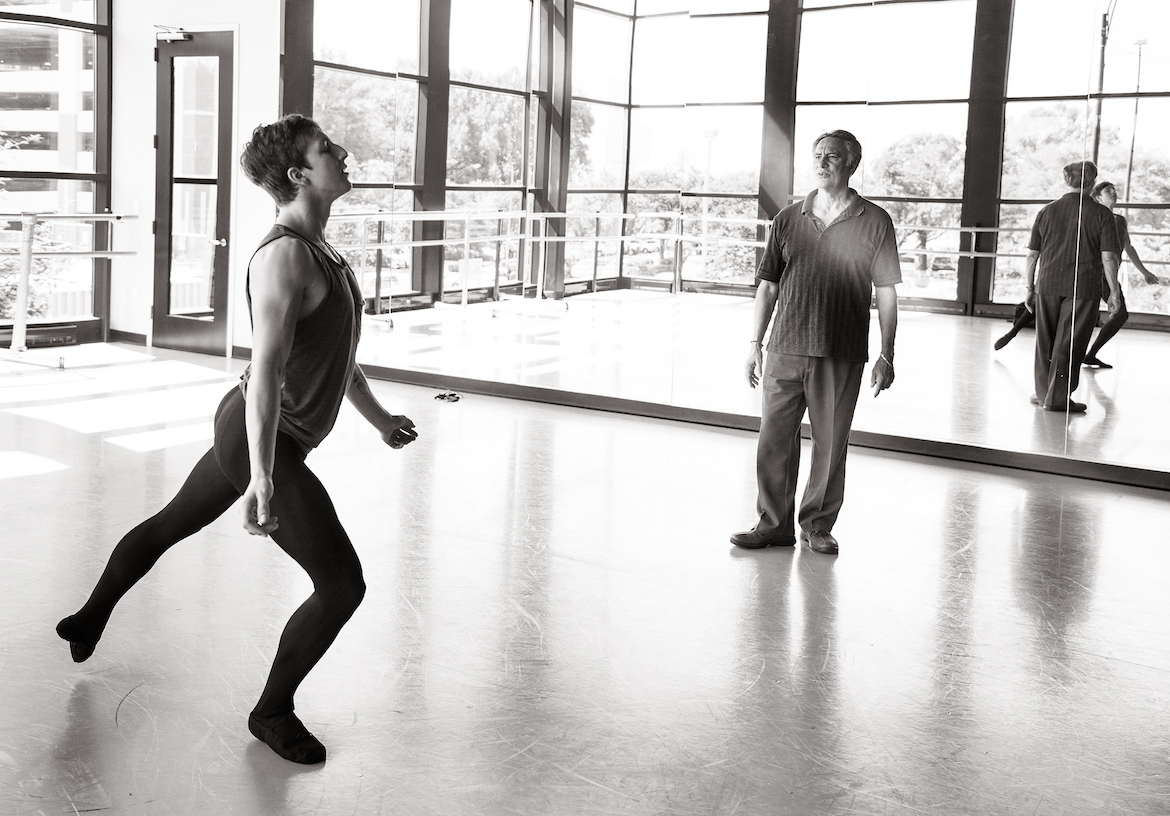 When Bonnefoux first accepted the Artistic Director position at the Charlotte company then known as North Carolina Dance Theatre, the company was struggling to fill seats and find dancers. Bonnefoux nearly immediately felt it was his calling to take over and turn things around. He had a vision. A major force in raising Charlotte’s performing arts (and in turn, the art scene as a whole) out of their adolescence, Bonnefoux has put the city on the map with over two decades worth of classical ballet, interspersed with the all-too-necessary contemporary shows. Since Bonnefoux took over in 1996, the number of students at Charlotte Ballet has risen a stunning amount, from 150 to now over 700 talented dancers.

Fortunately for American ballet’s youth, Bonnefoux’s retirement from Charlotte Ballet won’t be the end of his career. He’ll continue advising the company here and scouting for young talent across the country—his love for the art and his work are not yet done. In addition to locating talent, he’ll also be cultivating it. Bonnefoux says that, these days, “dancers need a background in contemporary work to get a job,” and he plans to ensure that they can achieve that. Of course, we’d like to stop him from travelling and keep him here steering Charlotte dance for another decade. But Jean-Piere Bonnefoux’s done enough for our city. Ballet everywhere needs him.