Jena Burgin-Peters came out of the womb knowing what she wanted to do—or, at least, that’s what her dad says. Acting as one of Charlotte’s renowned dance instructors, Jena’s self-owned business, JBP Entertainment, brings more than just dance classes to the Queen City. The entertainment company helps Charlotte’s youth come into their own through what has proven a particularly empowering skill: dance.

“We’re giving [kids] life skills to build their toolbox, to be the best versions of themselves,” Jena explains. “It’s not just about dance. Dance is just a portion of it.”

Growing up in what was known as a “one-stoplight” town, Clover, South Carolina, Jena’s immediate opportunities for stardom were limited. Jena’s parents, however, did everything in their power to help her succeed, from driving 40 minutes to dance classes to providing unwavering support for her dream of becoming a professional dancer.

Jena would go on to work for Murph Griffin, widely known for choreography work in the film Dance Fever, and that’s where she finally got her “big break” in the industry. Later, Jena moved to Charlotte and worked roughly 300 days a year for a local division of Paramount Pictures. Shortly after 9/11 hit, though, Jena found herself reconsidering her life path before ultimately deciding what she really wanted to do teach.

For most people, getting married, pregnant, and starting a company all in the same year would be earth-shattering—but Jena Burgin-Peters is not most people. Loving to stay busy and thriving under pressure, Jena accepted the challenge and, clearly, conquered.

“Now I have the skill set to guide these kids unlike anybody else, and not just in the classroom— I think that’s what sets us apart,” Jena muses. ”It’s not just about what happens in the classroom. It’s about guiding children and their families on the right path to reach their goals.”

Jena’s studio located in the heart of Uptown Charlotte focuses on teaching necessary foundations, training, and providing a wealth of performance opportunities to students. Boasting everything from ballet to jazz to tap to musical theater classes, the studio has something for every child, or teen, looking to sharpen their craft. 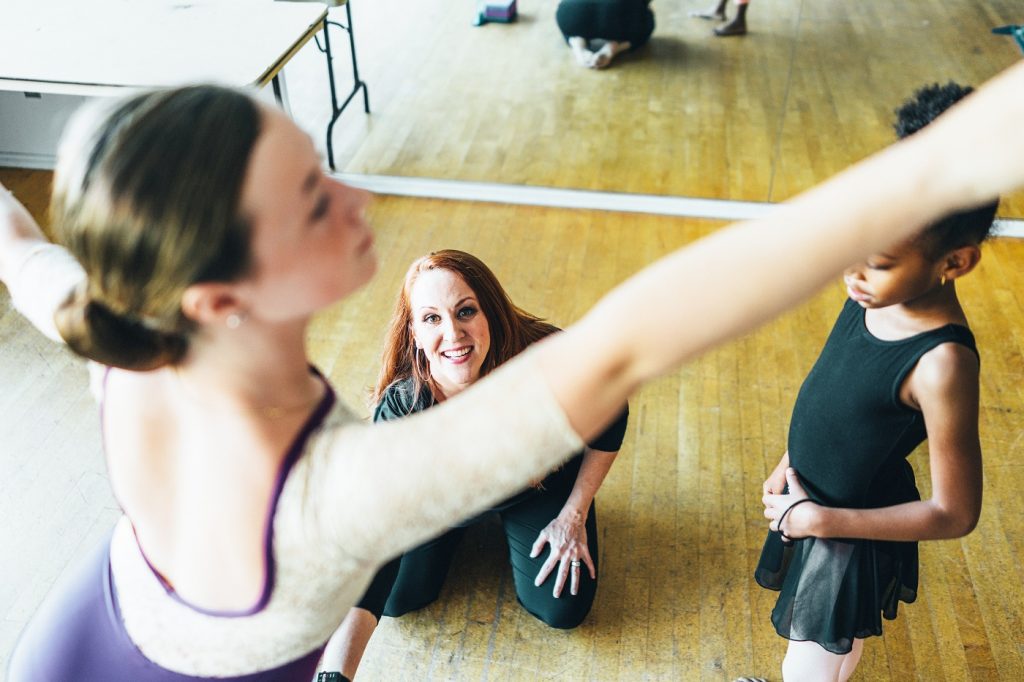 “What’s super cool is to see kids come alive on stage and find their voice,” Jena shares. “It makes you think ‘Wow, that kid’s going to say yes when she means yes and no when she means no.’”

Just as an athlete would need a coach for pursuing the Olympics, Jena acts as a coach to those pursuing their dance-related dreams. Jena assures that hard work and structure remain a critical part of her practice. However, what makes JBP Entertainment truly stand out is its wholesome, supportive atmosphere that keeps students, and families, coming back for more. In the competitive world of dance, such an atmosphere is a rarity. Thanks to Jena’s clear-minded approach to teaching, local dance students have all they need to thrive.

“We don’t have any drama,” Jena reiterates. “It’s all about building up and empowering each other. I think if you’re true to yourself and what you believe in, it will all work out the way it’s supposed to.”