Our summer in Charlotte guide continues with what to do and where to be in the city this season.

The Bechtler – When it’s 100-plus and humid, dipping inside for air conditioning is all but an imperative. Luckily, when you have a gem like The Bechtler sitting right in the heart of Uptown, you can cool down and get your culture fix at any moment. The Bechtler’s extensive collection includes works by the most important and influential artists of the mid 20th century including Miró, Picasso, Warhol, Ernst, Le Corbusier, Chillida and more. Wander through the halls, and you’ll fast forget that you were supposed to be anywhere but here. 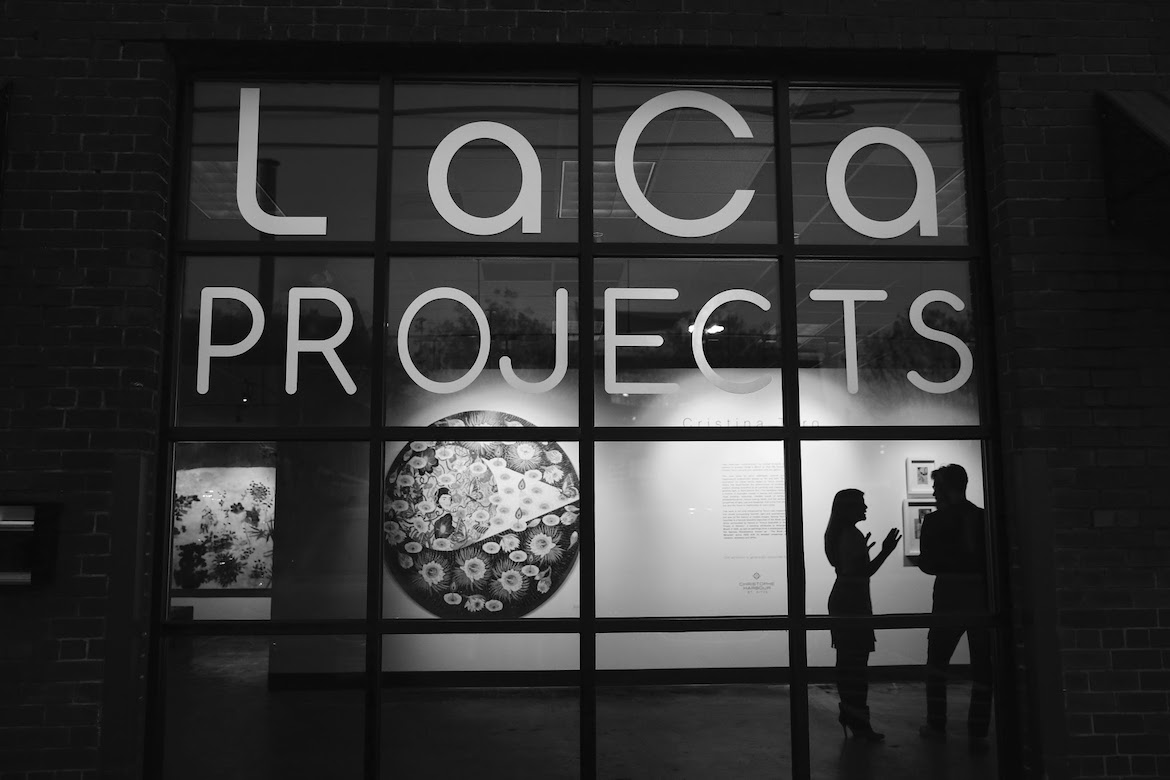 LACA and Basal
Honestly, any gallery in the city is prime air-conditioned real estate when you’re looking for an escape from the baking sun, but not all of them have a truly dope adjoining café. LaCa Projects, with its airy, authentic industrial vibes and exhibitions that give voice to bold Latin American artists, has always been very cool, in both senses—a perfect place to spend a summer afternoon. Now that Basal Coffee has opened, serving up chef-driven Latin American bites and a bunch of beautifully crafted iced coffee options, the art gallery is a heck of a lot more than a pit stop.

Catch a Show at the Blumenthal
The Lion King is landing at the Blumenthal August 22, and we can hardly contain our childlike excitement. The Broadway dazzler and multi-Tony-award-winner hasn’t been in the Queen City since 2007, and since a decade is far too long to wait, we recommend you don’t wait to score these tickets. For dedicated fans, there’s even a VIP Package that provides a prime seat location, a souvenir program, and a piece of show merchandise.

Manor Theater
The Regal Manor Twin, once known as The Manor Theatre, is Charlotte’s oldest, a twin cinema (the second screen was added in 1979) that shows independent films as well as the occasional new release. What hasn’t changed between its 1947 opening and now is the fact that this quaint neighborhood cinema remains one of the best options to pass a lazy summer afternoon.

Rail Trail
The Rail Trail gives you a window into the Charlotte of the future. It’s bustling, lively, hip, and full of character, winding a full three-and-a-half miles to connect communities and provide easy transport along the Blue Line, from 7th Street Station in Uptown to New Bern Station in Sedgefield. Perhaps what we like best about the Rail Trail is its versatility: On any given sunny day, you can ride your bike to lunch at Futo Buta or Atherton Mill, walk to the bar, take your dog on a long stroll, or bring your kids to an art gallery. Plus, there are plans already in the works to ensure the trail will gain even more gardens, public art, unique spaces and things to do, see, and eat.

Anne Springs Close Greenway
Comprising much more than just a bike trail, the Anne Springs Close Greenway is a massive 2100 acres in Fort Mill. This nature preserve was created by its namesake conservationist in an effort to protect some of the land she adored in her youth ensuring that new generations might also be able to fall in love with these fields and streams. The Charlotte sprawl can reach as far as it likes: It can’t touch this green place. Four lakes, three ponds, a web of hiking and biking trails, and an array of educational camps for children make the ASC Greenway a local treasure, especially in summertime. Our advice for a serene summer afternoon: Rent a kayak and hit Lake Haigler.

Hike Crowders Mountain
For prime golden light and the best views, head about an hour west of Charlotte to Crowders Mountain in the early morning or as the sun gets low in the sky. The Backside Trail, our favorite, clocks in at just under three miles, and provides access to the Crowders summit. The last bit is steep, classified by the park as “moderate difficulty”, so be sure to lace up your hiking boots and fill your water bottle. It’s one of the best ways to spend a few hours of the weekend, before heading straight to your neighborhood pool.

Irwin Creek & Stewart Creek Bike Trails
Uptown Charlotte’s expanding greenway system is part of a concentrated movement toward improved connectedness in our city, and that’s exciting… but these bike trails and green spaces are also just really darn pretty. Our personal favorite thoroughfare, the Irwin Creek and Stewart Creek Greenway, reaches from our neck of the woods (South Cedar Street) out into one of the quaintest, most underrated neighborhoods in the city. Yeah, we’re calling it now: Fourth Ward’s got nothing on Wesley Heights. An area that just keeps developing in enriching ways (some of which we’re not even at liberty to share), the west-side borough is continually providing Uptownites with new reasons to bike or jog westward.

Freedom Park Volleyball
Freedom Park is one of those public areas that—we’re kind of afraid to admit—we really don’t utilize often enough. This sprawling green space offers dog-friendly paths, long stretches of perfect picnic real estate, and a plethora of family sport activities. There are soccer fields and jungle gyms galore, but we’re partial to those sandy volleyball courts. Regardless of how you spend your afternoons out there, stay hydrated and sunblocked, y’all.

See a game at Knights Stadium
Minor league baseball is at its best when there’s ample lawn space and a hotdog at the ready, but BB&T ballpark has a little something special on top of those requirements. The stadium, home to our very own Charlotte Knights, is nestled in Uptown and boasts a killer view of the skyline — especially at night. Win or lose, it’s a place that’s buzzing with energy come spring. The ballpark is nostalgic and new, kid-friendly, date-night friendly, and bring-a-group-of-friends-friendly. Plus, you can get Uptown on game night using the light rail, making attending as breezy and effortless as all your summer nights ought to be.

Motorplex
Nothing makes you feel like a kid again quite like a day spent at GoPro Motorplex. Located just north of the city in Mooresville, GoPro Motorplex is an outdoor, 0.7-mile, 11-turn karting facility open seven days a week. For the adrenaline junky, the karts can hit speeds up to 55 miles an hour (feels like 100 when you’re racing that close to the ground) but you can also putter along the track (as long as you stay out of the way) if you like to walk—and drive—on the safer side.

Labor Day at USNWC
The long holiday weekend gets its due at the Labor Day Celebration, and there is no shortage of ways to enjoy being outside all weekend long. The Dry Tri kicks off the festivities on Saturday morning, followed by the Aqua Rock Deep Water Solo Climbing Competition later in the evening. Sunday is the Labor Day 5k and 15k Trail Race, followed by yoga, live music, and a Labor Day firework show after the sun goes down.

Yiasou Festival
The Yiasou Greek Festival in Uptown Charlotte began in 1978 and has continued through the decades as a Charlotte institution and one of the city’s largest cultural events. Yiasou (the Greek word for “hello, goodbye and cheers”) is chock full of Hellenic cultural exhibits, authentic Greek cuisine and homemade pastries, entertainment, live music and dancing, wine tastings, art, shopping and more. It’s a family-friendly event that keeps us coming back year after year.

Joedance Film Festival
The Joedance Film Festival, held annually the first weekend of August in Uptown’s historic Fourth Ward, is a gathering for a good cause. The weekend honors the late Joe Restaino to raise funds for rare pediatric cancer research and clinical trials at Levine Children’s Hospital by screening original works connected to Charlotte. The film festival operates under a driving commitment to supporting Charlotte filmmakers, producers, writers and directors by screening their films at the film festival.

Funk Fest
Join in Charlotte’s annual Funk Fest for a chance to hear classic hits by legendary artists like Frankie Beverly and Maze and the Ohio Players alongside the sounds of contemporary music’s heavy hitters like Jill Scott and Outkast. Get your dance on at Funk Fest 2018 as they deliver an all-star line up that has the “old school,” “new school” and everyone in between jamming all night long.

Freedom Boat Club
Freedom Boat Club isn’t actually exclusive to the Charlotte region—in fact, it’s the oldest, largest boat club in the nation. It has been so successful because the vision is so simple: affordable, hassle-free, unlimited recreational boating that you can take part in at any of the over 150 U.S. locations. Does it get much better than that? For us Charlotteans, there’s both Waterstreet Marina in Cornelius and Tailrace Marina on Lake Wylie for boat club members. Both spots offer all the boats you could hope for, and access to the best parts of summertime in the Carolinas—sunshine, blue skies, and long, lazy days on the water.

South Town Wake Park
This Rock Hill park has been getting a lot of buzz lately for good reason. Wakeboarding is traditionally a sport requiring a rider to be pulled by a boat, but this foray into cable wakeboarding allows a rider to be pulled by an overhead cable ski system instead. It’s becoming one of the most popular extreme sports, but luckily for us it can be scaled down to “not so extreme”, too. We’re beginners, but dang is this ever fun. The park itself is made up of two ponds outfitted with the SESITEC overhead cable ski rigs. There are also various stunt features for the daredevils out there to try. The park is open to all ages and experiences, so use this summer to test something new out on the open water. It’s thrilling, to say the least.