Charlotte photographers Debby and Jeremy arrived on the professional photography scene in 2007 shooting beautiful and bright wedding, portrait, and branding photos for their nascent company, LunahZon.

Ten years later, this dynamic duo of Charlotte photographers has expanded their repertoire with an additional photography brand, Stag and Sparrow. Stag specializes in edgier, more atmospheric photos—perfect for the adventurous spirit or travel-hungry eloper, and a true complement to each photographer’s specific talents.

Debby and Jeremy, true life partners and work partners, spoke to us about the business, balancing work/life, branching off, and what’s next.

How did you meet and how did you decide to work together?
Debby: I’m from Texas. Jeremy and I initially met through MySpace and then met in person in 2005. When I graduated in 2007, the decision to work together as Charlotte photographers was a no-brainer. It felt right, like this was exactly what we were supposed to do all along.

People still don’t understand how we work together and, truthfully, I don’t know the answer. Our working/personal relationship is one of the mysteries of the universe.

Jeremy: I grew up in the Lake Norman area. I always assumed I’d do something in the arts, but I found myself working a corporate job. In my early 20’s I met Debby, who became the spark that made me remember (as cheesy as it sounds) there are limitless possibilities to life. You just have to be brave and resilient enough to chase them.

We joke that we don’t know where we end/begin and where the businesses end/begin. I think some people would say that’s not okay, but you know, to each their own. I don’t have to find myself going “Man, I wish Debby could experience this, too” because she’s right there beside me! 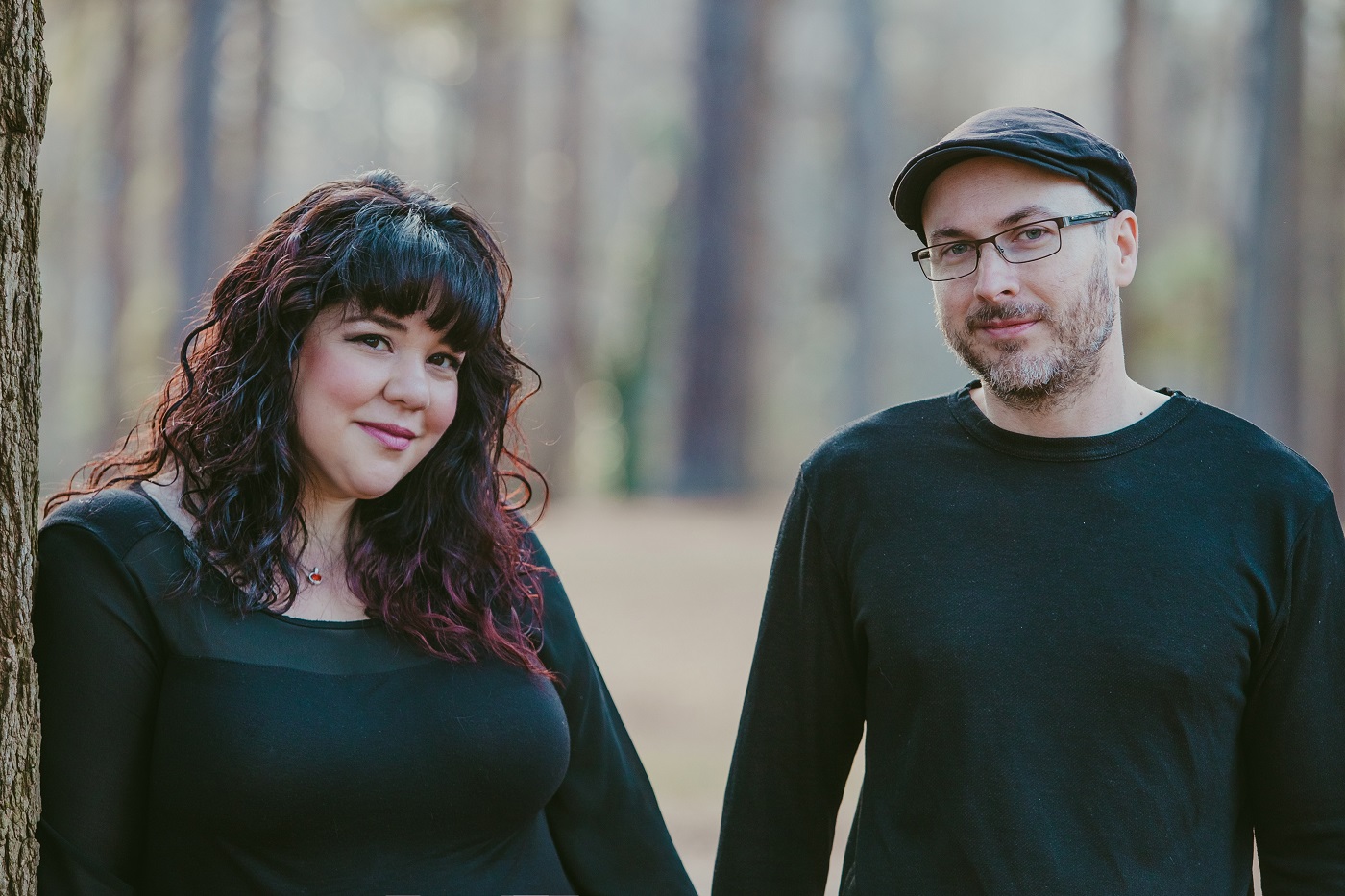 What prompted the addition of Stag and Sparrow?
Debby: For LunahZon, we’ve been shooting light and bright for over 10 years. We branded ourselves a certain way as Charlotte photographers and, while I love it, I also wanted to capture more passionate and intimate moments in amazing locations. When I was looking at other destination weddings and photographers (the people that I wanted to be like), I noticed they were darker, moodier, and trendier.

So we came up with a solution, a way to not betray everything we’ve built LunahZon to be while still making space for a new project: we would make a new photography brand. The artistic relief was like putting aloe on a burn.

The artistic relief was like putting aloe on a burn.

Jeremy: As an artist, you keep growing or you stagnate, and I think we both had worried so much that we would ever tread on the latter. Not only did Stag and Sparrow scratch the creative itch to do something different than we had been able to as Charlotte photographers, it really gave LunahZon a new breath of life.

Are there any clients you work with repeatedly?
Debby: As LunahZon, we still have clients that are as old as our business! It’s so bizarre because we may see these people once or twice a year, but you feel so connected, like family.

Jeremy: I always say that we’re incredibly lucky that we get to come into people’s lives at some of their best moments. It’s rare people want photos because they’re in a rut or a bad place. It’s because they’re getting married, having a baby, starting a new endeavor, etc. We get to be a part of that, and the bond that comes from that is pretty significant!

We’re incredibly lucky that we get to come into people’s lives at some of their best moments.

What’s the story behind the two businesses’ names?
Debby: LunahZon means “Sun (Luna) Moon (Zon).” We threw an “h” in the middle because we were trying to be clever and unique. We were pretty young and new into naming our business but we wanted to have a yin-yang quality. Jeremy is the extrovert and I’m the resident introvert, but together we work really well. We can work around each other’s strengths and weaknesses.

Because Stag and Sparrow is specifically branded and has a specific audience, we did a lot of research before naming the business. Jeremy originally wanted The Bricky Stag, but we couldn’t let go of putting a piece of ourselves in there. So technically Jeremy is the bricky stag and I’m the sassy sparrow.

How do you balance the two projects?
Debby: Everything about how we run each project is different. We don’t want them to bend because we want to keep everything as true to form as possible. Also, Jeremy and I are both libras so we’re pretty good at balancing things. Except work/life… it’s already blended into something wonderful.

What elements catch your eye when working as Charlotte photographers that you try to incorporate into shoots?|
Debby: It can be anything: the way the light is hitting, the bend of a tree, of course beautiful scenery. Photographers should be experts at knowing exactly how a scene will turn out with the specific lens you’re using, at the right f-stop.

In over 10 years of shooting as Charlotte photographers, we’ve also had to deal with “make it work!” scenarios that force us to get creative. A location may not always be perfect or ideal, but it rarely means it’s a done deal.

Jeremy: I’m always obsessed with reflections and negative space too.