Mudwerk owner and principle artisan Eric Cockrell earned a Master of Fine Arts degree at the prestigious Pratt Institute in Brooklyn, NY. But you probably wouldn’t know it, because his walk and talk are so charmingly blue collar.

At any given time, on just about any jobsite, he’s outfitted with all the hallmarks of a man hard at work. Ballcap and workshirt speckled with something that’s not quite dry, utility suspenders holding up a workshop ensemble rather than the pants to which they’re connected, a trowel curved and sharp-edged by years of curving and edging walls: Eric is always decked out in the regalia of the laborer. That’s just one of his hats, though. 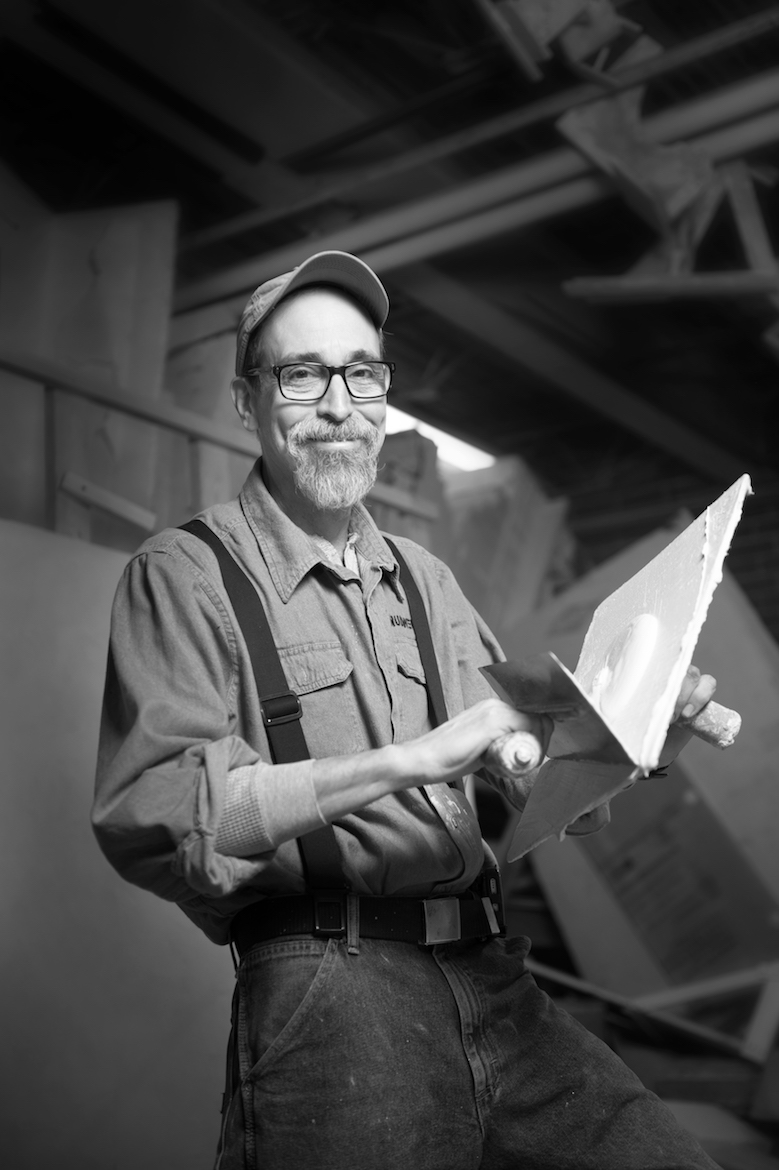 Founder of Charlotte’s premier artisanal plaster and concrete company—which is also arguably one of the best in the Southeast—Eric is also a wildly successful businessman, though that was never a role he saw for himself in the “mud.”

“I never became an artist—I’ve always been one. Over the years, though, I’ve become a businessman,” Eric explains, charting Mudwerk’s history in his characteristically abridged manner of speaking. Eric Cockrell always seems short on time, but that’s likely due to some six-month-long project awaiting his expertise and guidance. 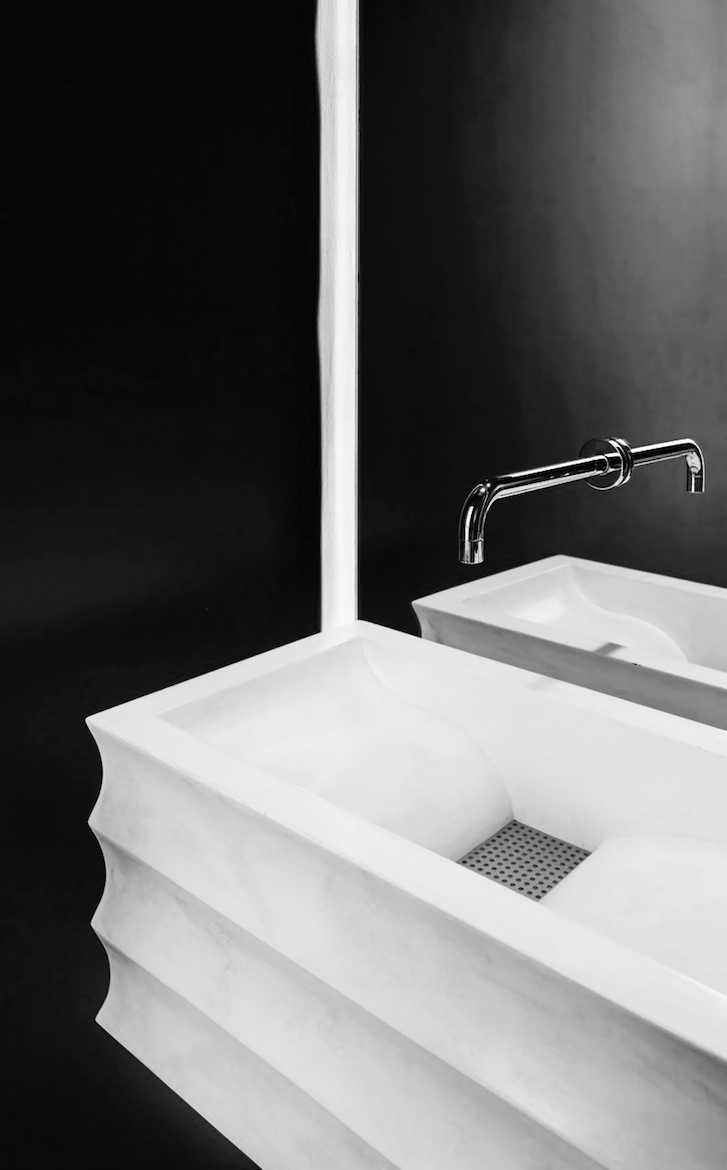 He wasn’t always an expert in this most luxurious of home finishings, though. Like just about anyone who has worked with his hands for years on end, Eric didn’t really choose it. He found his labor of love in a roundabout way, after some healthy adolescent roaming. The artist-turned-entrepreneur grew up in Rock Hill, but he’s lived all over the East Coast and has even spent some time in the Queen City’s most affluent areas.

“I actually lived in Myers Park for a while when I was really small,” Eric grins. “This profession is the only way I’ve found to get back in that neighborhood, in these houses.”

Eric only worked with plaster briefly in school, on the occasional sculptural piece. These were decidedly less demanding projects than the thousands of square footage he and his Mudwerk team now mold on the daily. He found a love for this mixture of earth and water while working for an artisan plaster company in New York. 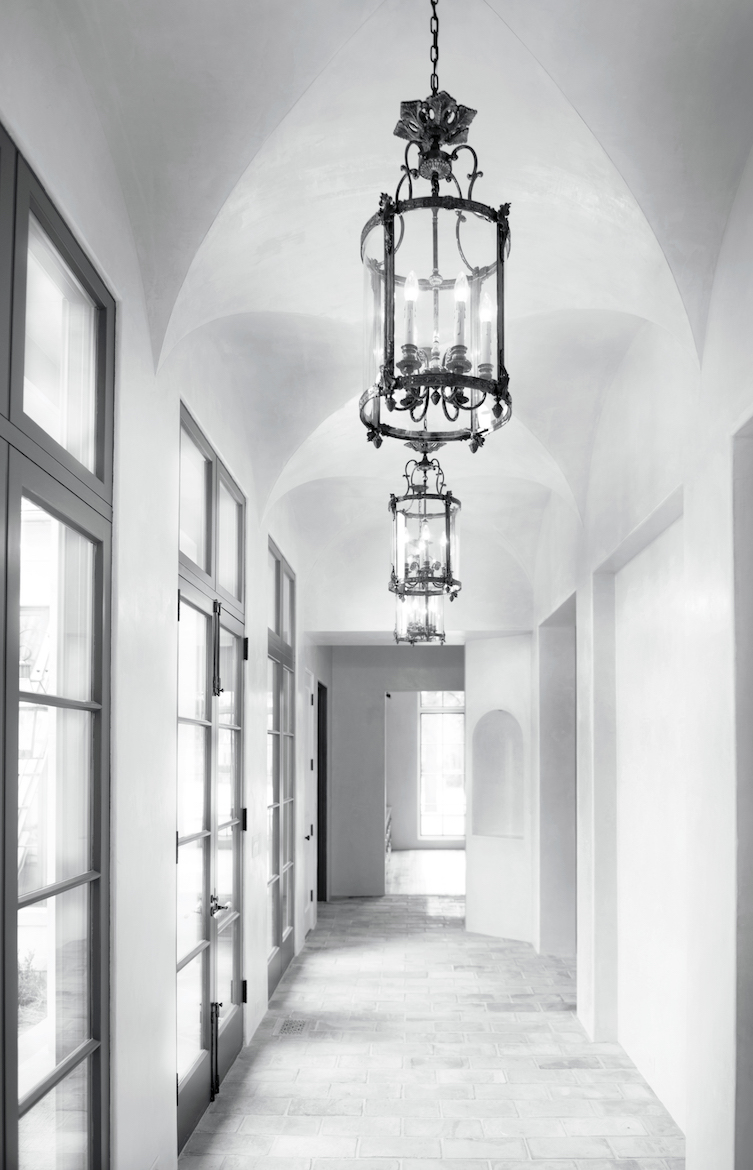 “On my first few projects, I was very much just a laborer,” Eric recalls. “My on-site job was mixing the buckets and getting it up to the guys on the scaffolding.”

Eric moved back south with his family and started Mudwerk in 2005. Back then, Mudwerk was comprised of one man and a toolbox. He still makes use of that old toolbox today, but he now heads up a team of “skilled laborers who are better than he ever was with walls.” It’s a skill that comes with years of repetitive motion and through Mudwerk, they’ve gotten plenty of practice. They enjoy what they do, not unlike Eric Cockrell himself but he fact is, laborers come and go. Eric and his team are artisans, the kind of contract workers whose work is worth more to them than just their wage. They care about each paying job because they care about the craft, not the other way around. With their help, Eric is doing a lot more managing and a lot less with his hands in the mud, but he’s still enamored with the stuff. 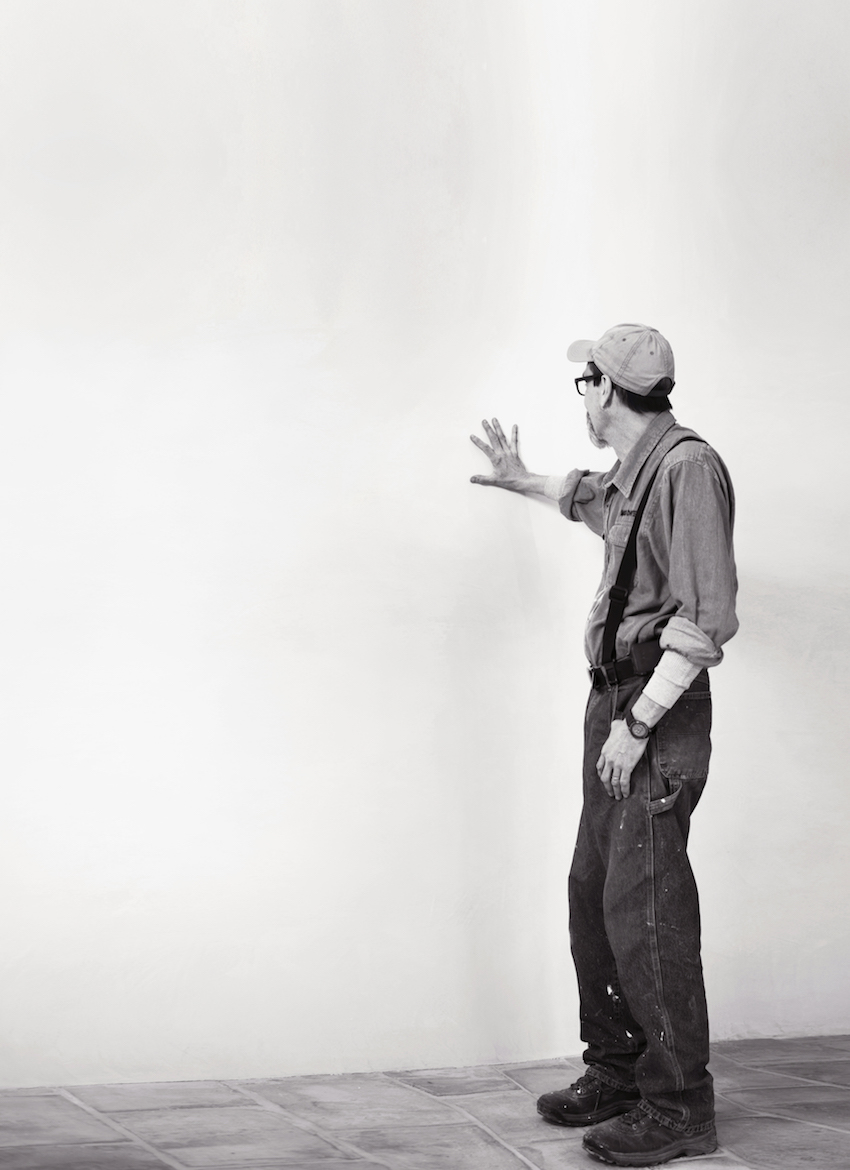 “I’m running my own company and I still can’t wrap my head around it: We mix up this powder, add water, and after a while it gets hard. Somehow, I make a living with it.”

That’s the simple way to put it. There’s a lot that happens to this mixture before Eric and his fellow mud-workers are done with it. Eric calls his job “every kid’s dream…playing with different colors of mud everyday.”

I leave a little trail of dust behind wherever I go.

The Mudwerk team at work, though, is nothing like a children in a sandbox. Their “playing” is insanely precise handicraft, the kind of fluid movement that’s mundane to the artisan but pure spectacle to everyone else. The goopy plaster moves between trowel and plasterer’s hawk (a one-foot metal square with a handle) like it’s alive until it’s spread and smoothed onto walls, tables, or complex moldings. It all happens really quickly, but this is just the start. The application takes minutes; the drying takes weeks.

When it’s all finally done and the last coating of protectants have been applied, Mudwerk’s efforts do something extraordinary to a house, creating a seamless, cream-tinted peace. In Charlotte’s market, especially, plaster marks a surprising collision of visuals, recalling the European luxury of bygone eras while somehow functioning as a modern update on the neverending painted wall of today’s homes. Beyond the walls, Eric’s plaster constructs a home that the design layman may not even realize he sees—foot-level molds wrapping down staircases, intricate plaster crowns and ceiling molds classing up bedrooms. These masterpieces often lurk in the periphery, but they keep the idea of the home in focus. When they’re at work, Eric’s people don’t just make moldings. They make a whole aesthetic. 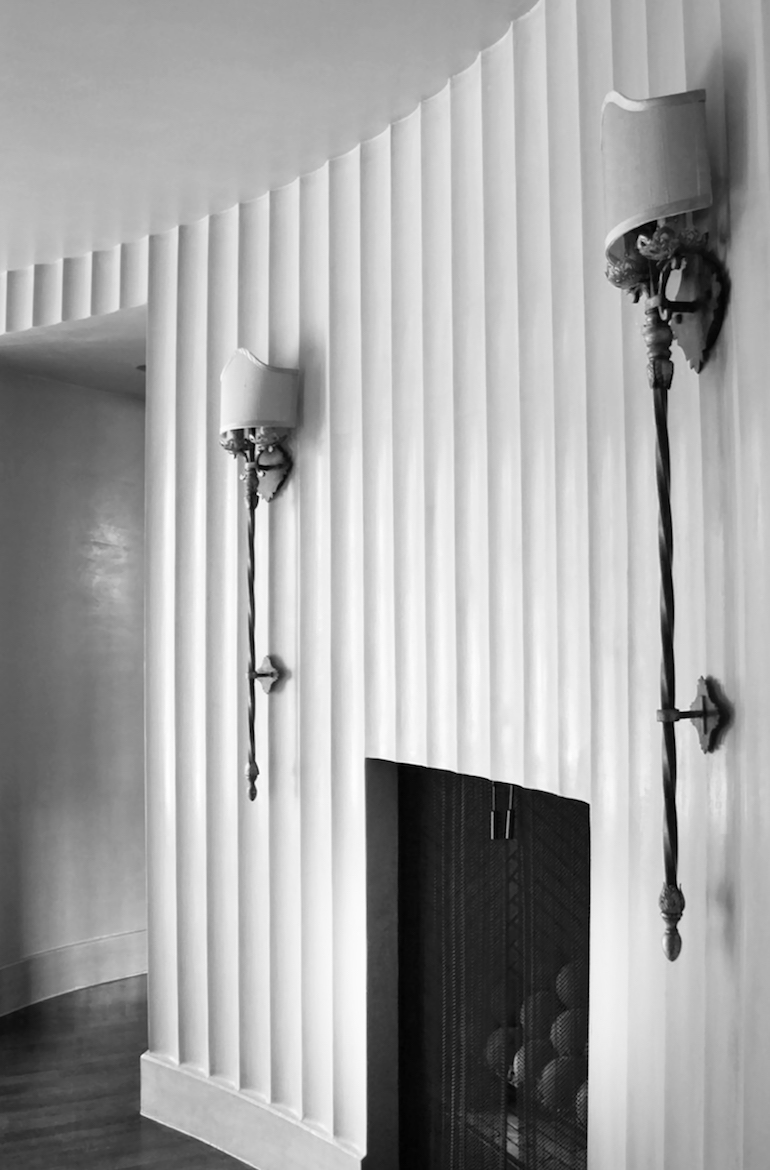 Eric is crafting more than just incredible interior art throughout the region. Since starting up Mudwerk in 2005, he’s built relationships with some of the best architects, designers, and builders in the region, including Ruard Veltman, Frank Smith, and Pursley-Dixon.

“I’ve had to teach [the builders and architects] and teach myself what we can do. Someone like Ruard asks for something difficult, we somehow manage to pull it off, and then he asks for something even more out-of-the-ordinary. So we’re always trying new things, pushing the boundaries of what we think is possible with plaster.”

At the same time, they’re changing what Charlotte thinks is even possible in a home. Walls are a foundational feature in any space, and Eric’s plasterwork makes them an even more attractive cornerstone.

“I leave a little trail of dust behind wherever I go,” Eric chuckles, brushing off his office chair.

But this artisan leaves a lot more in his wake than that. With every finished project, Mudwerk brings Charlotte more of what it doesn’t have and more of what it needs. Bent trowel and toolbox in tow, Eric Cockrell spends his days marrying art and work, molding his hometown into a prettier place to live. And that’s as admirable a thing as any artist or laborer can do. 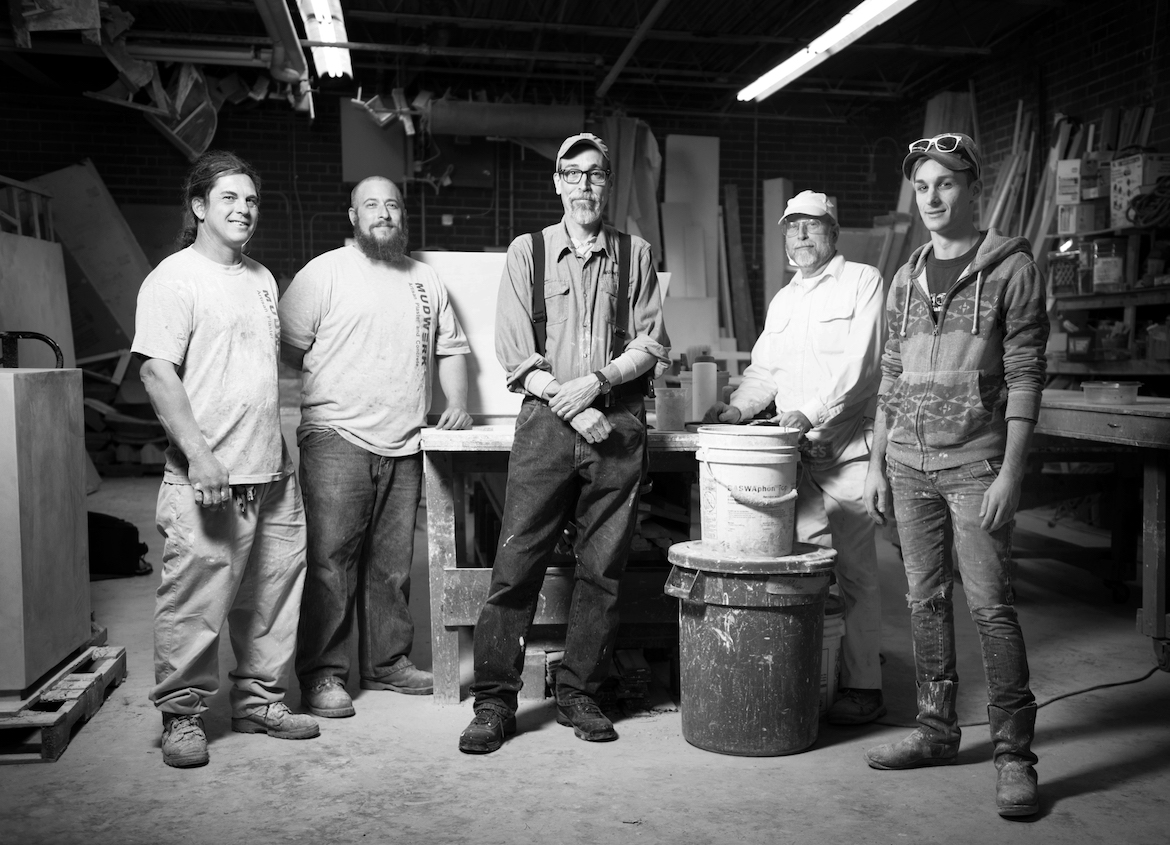