In 1994, Allyn Moseley and his wife Sheree were searching for a place to raise their family. The two found home in Upstate South Carolina, hauling all of their belongings over 3000 miles from California. Somehow, they believed in this new home a whole nation away from their old one, this new place with growing room for their three sons. They didn’t, however, expect to grow a business.

That was also the year Allyn Moseley opened his artisan woodworking company Heirloom Stairworks. A residential craftsman for many years, Allyn had always been obsessed with the fine woodworking details in a home. Staircases, in particular, always grabbed his attention. So, he started making them. In those early days, the only stairworker was Allyn, but the next generation of Moseleys would prove to be the most valuable tools in his shop. That original woodshop was just one step in a long, evolving staircase, the first venture of what would become an expansive family business. 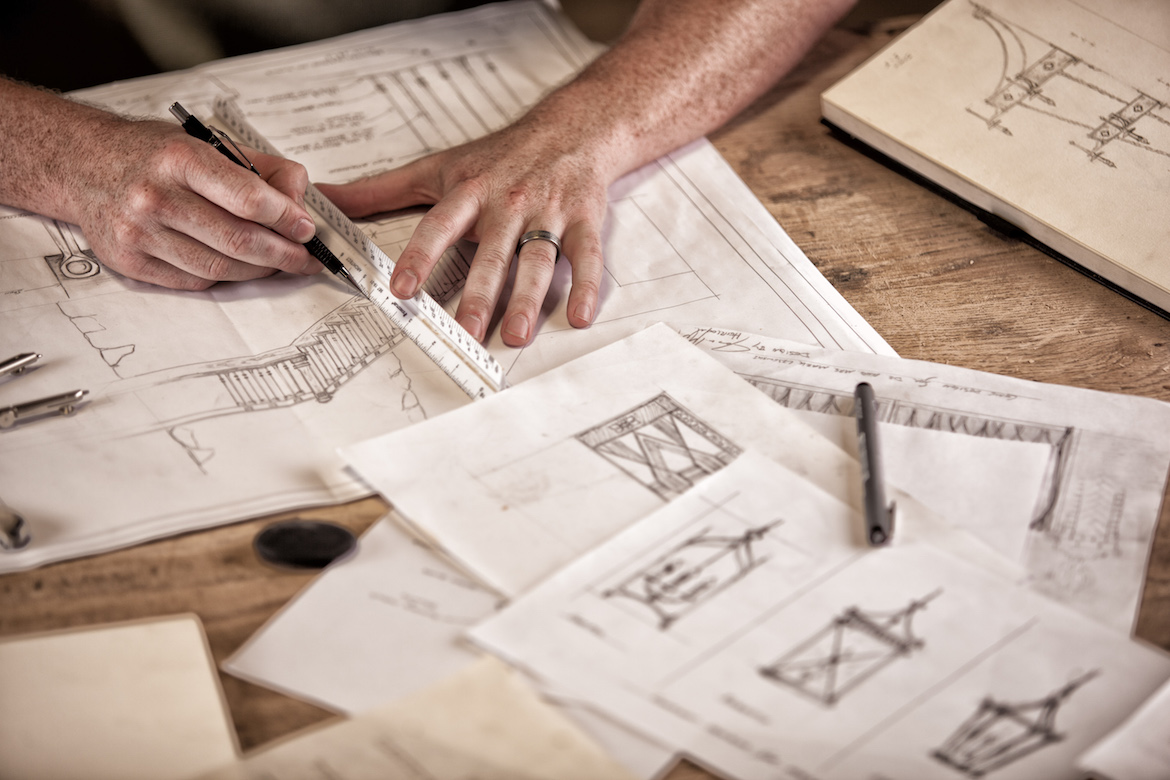 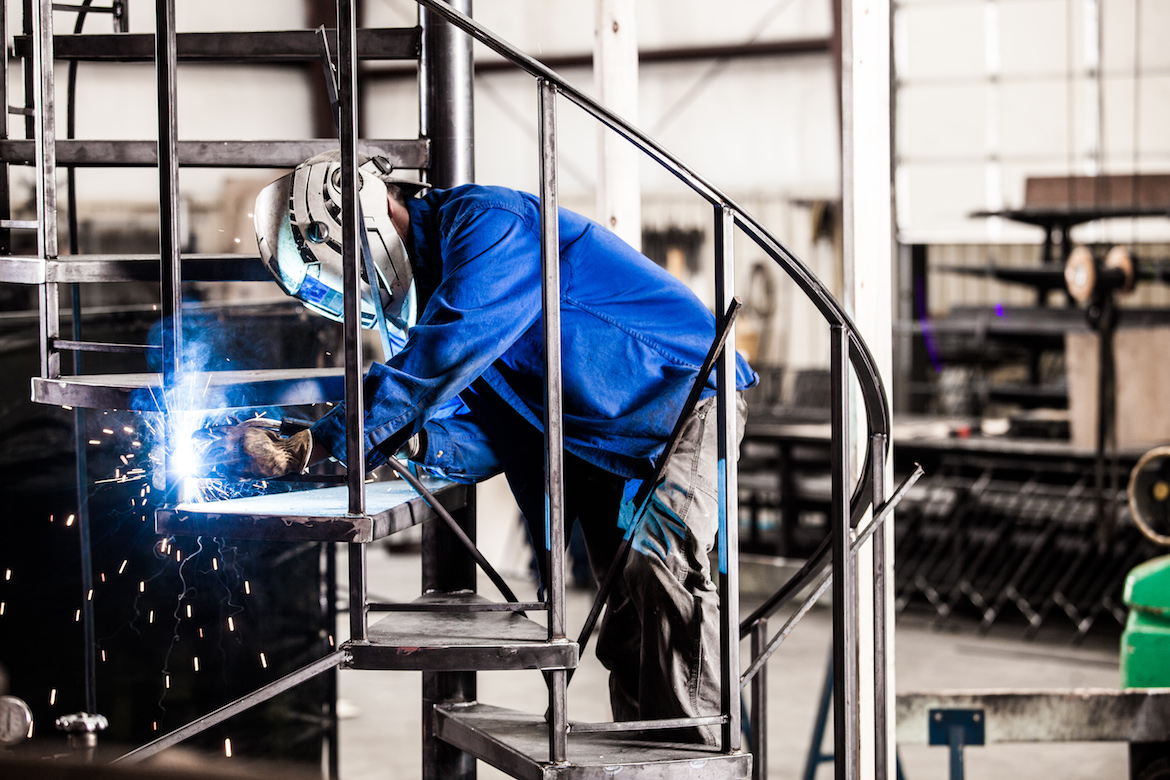 But back then, even as the company was evolving into Heirloom Stair and Iron, Allyn wasn’t interested in business. He just enjoyed the craft. If you’ve ever seen a spiral staircase being constructed, you’ll understand why. You’d practically have to call it an art, and an incredibly precise one at that, but Allyn doesn’t think he was born with any kind of special skillset.

“This isn’t about talent,” Allyn insists. “It’s always been about effort and attitude, the work you put into it.”

Allyn is a  man you’d be hard-pressed to find behind a desk; he ascribes to a working man’s school of thought that, to this day, keeps him in the shop or on the jobsite. His oldest son Ben, on the other hand, believes that certain people are just naturally cut out for this kind of work.

“It’s unlikely that we could bring an accountant in here and put him to work on this stuff,” Ben Moseley laughs. 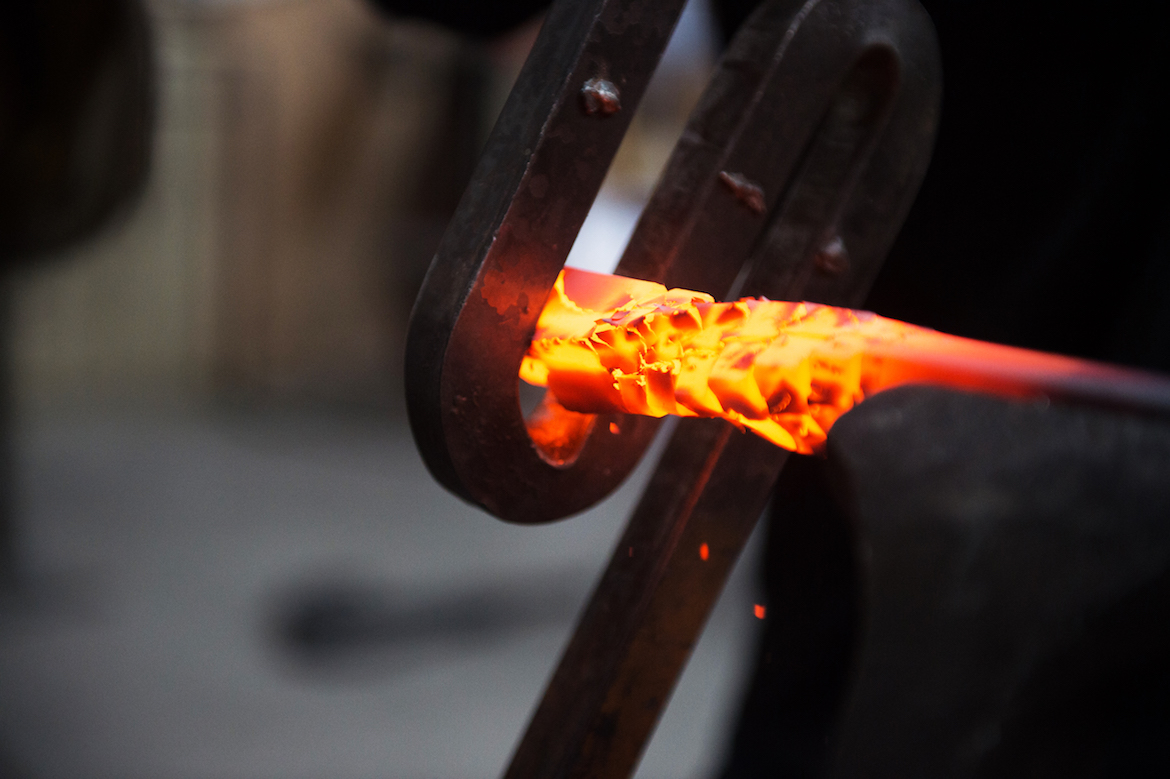 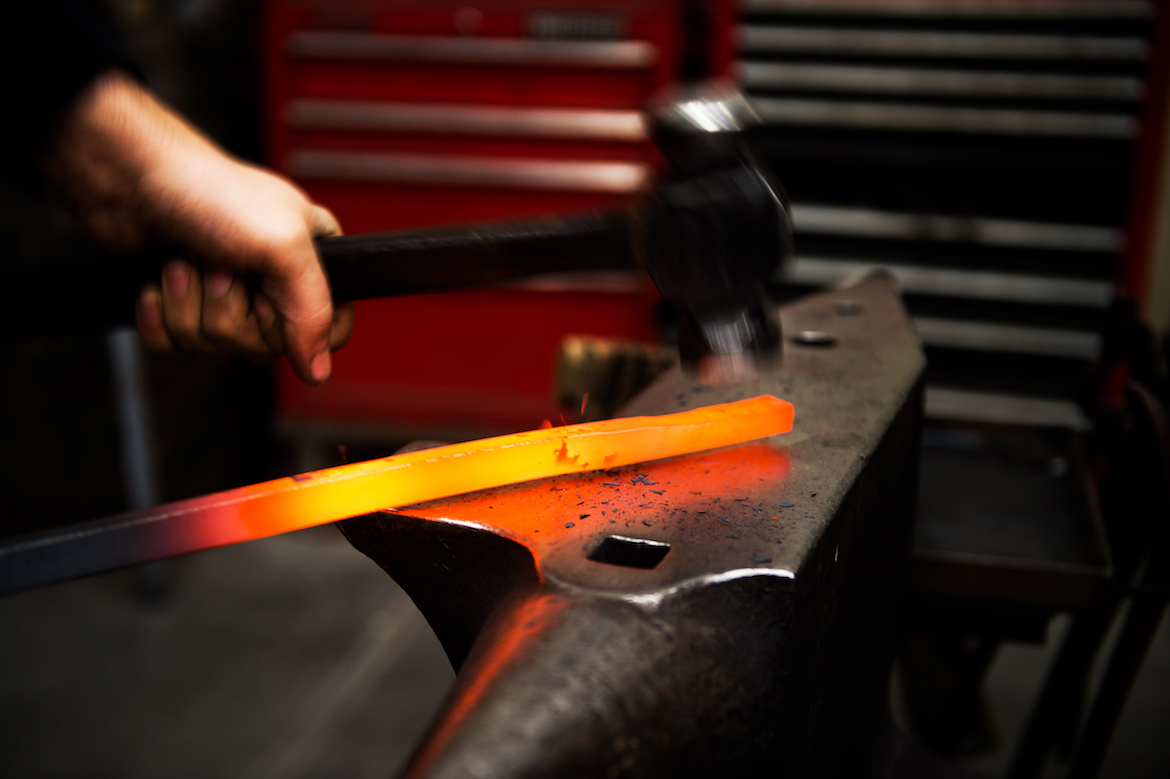 Considering the elegant wooden spiral currently reaching toward the woodshop’s ceiling, I’m inclined to agree with him. Ben is head of operations of what is now The Heirloom Companies, a conglomeration of the various businesses Heirloom Stair has expanded to become, as well as the ones it has assimilated over the years. Housed in their sprawling complex in Campobello, South Carolina, The Heirloom Companies are quickly becoming an artisanal juggernaut in the Southeast’s design industry. They are makers of hand-cut wooden staircases, crafters of intricate iron railings and fences, welders of gorgeously textured copper and bronze lighting fixtures, and creators of just about any furniture or home addition you can dream up. The name fits. And now, not unlike an heirloom, most of the business has been handed down to the three Moseley boys, Ben, James, and Travis.

“We’ve worked for the company our whole lives,” Ben jokes, “and we’re just now getting the paycheck. When we were growing up, if dad needed help in the woodshop, we helped. We’ve always been part of this. His passion wasn’t business, so involving the rest of us has really transformed the company.”

Growing up with a craftsman for a dad instilled in each of them a love for the craft. Even Travis, the youngest of the three who studied orthodontics at the University of South Carolina, decided pretty quickly that he couldn’t see himself in another profession: “My heart,” he says, “was at Heirloom.”

As Production Manager, Travis now heads up the hand-forged metal portion of Heirloom, but he had to earn that position just like anyone else—he proved his worth painting walls, laying tile, and sweeping floors. He gravitated toward the iron side of Heirloom Stair and Iron after working with his brother James, who’s responsible for much of the company’s award-winning ironwork.

Before Travis, James earned his keep just the same. Years ago, Allyn Moseley put to his middle son a question that, in hindsight, seems laughable: “If I buy a welder,” Allyn asked back in the late 90s, “do you think you can make money with it?” James’ affirmative answer to that query was the foundation for the whole ironworking portion of the company. Today, his hand-drawn designs are fundamental to just about every major project the company takes on.

With the amount of projects they are taking on, of course, The Heirloom Companies can’t just be the Moseley family anymore. And with over 20 people working away on metal and wood, the shop is full of skilled characters.

Take Joe Cooper, whose skill with bronze and copper is mesmerizing. Joe “fell under the spell of the torch” nearly 50 years ago, when he learned his textured bronze style of metalworking from a friend who lived deep in the Ozark mountains.

“I’m basically taking copper and hand-welding it with a bronze alloy to create something new that looks old and timeless,” Joe explains.

Joe makes it look and sound simple, waving his magic wand around lackadaisically, but don’t let this old artisan fool you—there’s 3000 degrees Fahrenheit coming out of that thing, and his concentration produces unprecedented detail in lighting fixtures.

Hank Knights is wood shop manager, and his years working here have earned him a reputation as Heirloom’s problem solver. He and his crew—which includes his two sons—can finish a spiral staircase in four days. Hank does right by the Heirloom Stair legacy.

In 2017, of course, Heirloom needs a computer guy. Luckily, there are several, but IT Coordinator Jon Gardner is the man who really understands the machines. A transplant from California (where he worked for Intel), Jon oversees all of Heirloom’s automated equipment. Allyn and his sons rely on Jon to “harness this technology and apply it to the inspired designs [Heirloom’s] artisans create.” Along with the other resident techies, Jon is responsible for marrying old world craftsmanship with modern technology—Heirloom’s trademark business model. 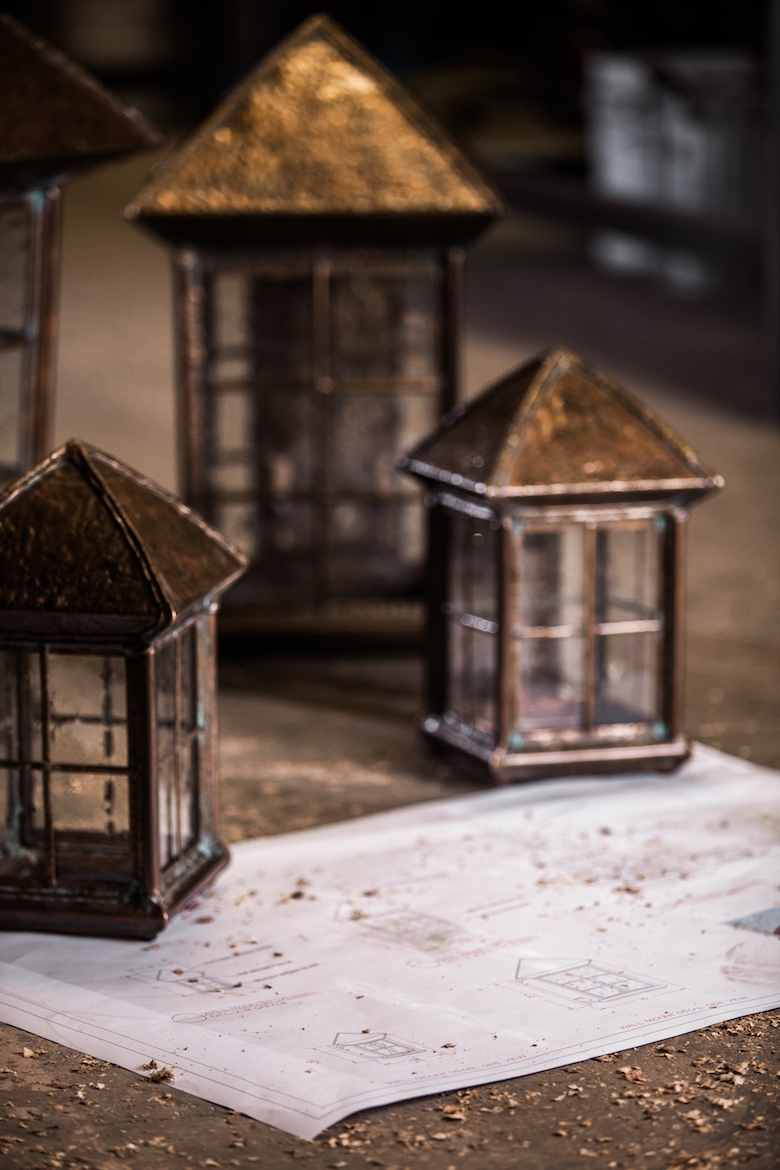 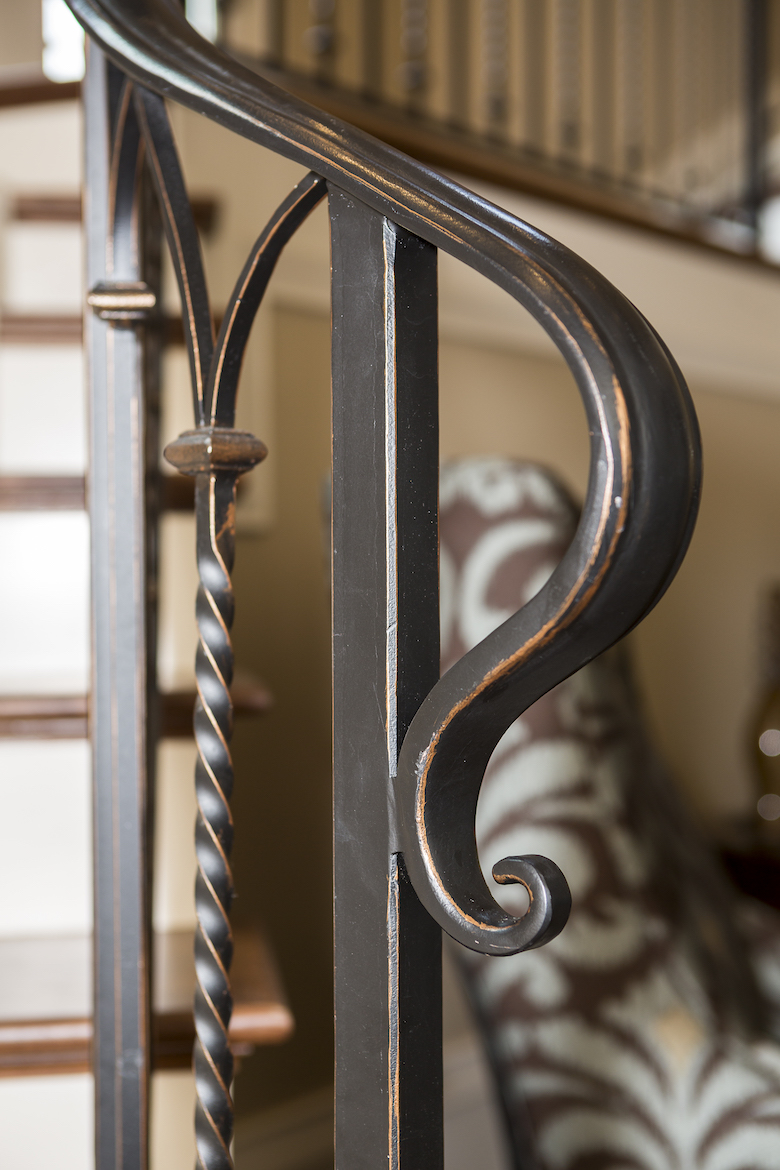 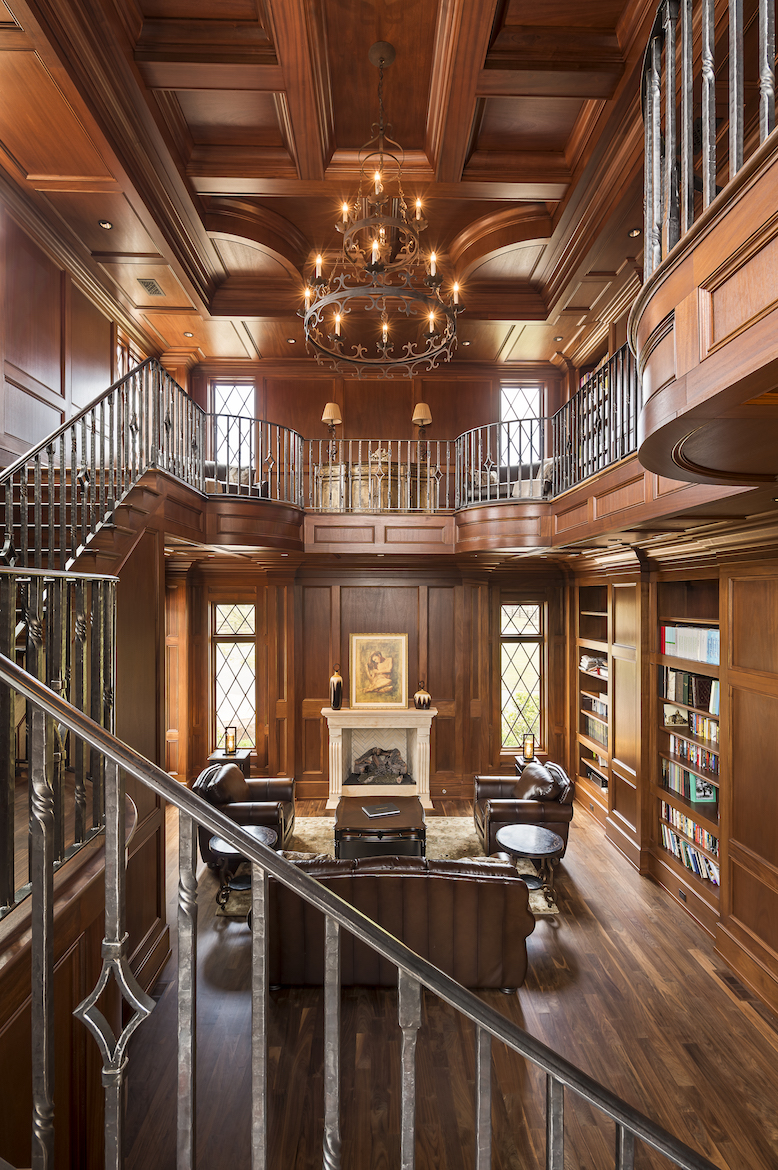 This isn’t about talent. It’s always been about effort and attitude, the work you put into it. 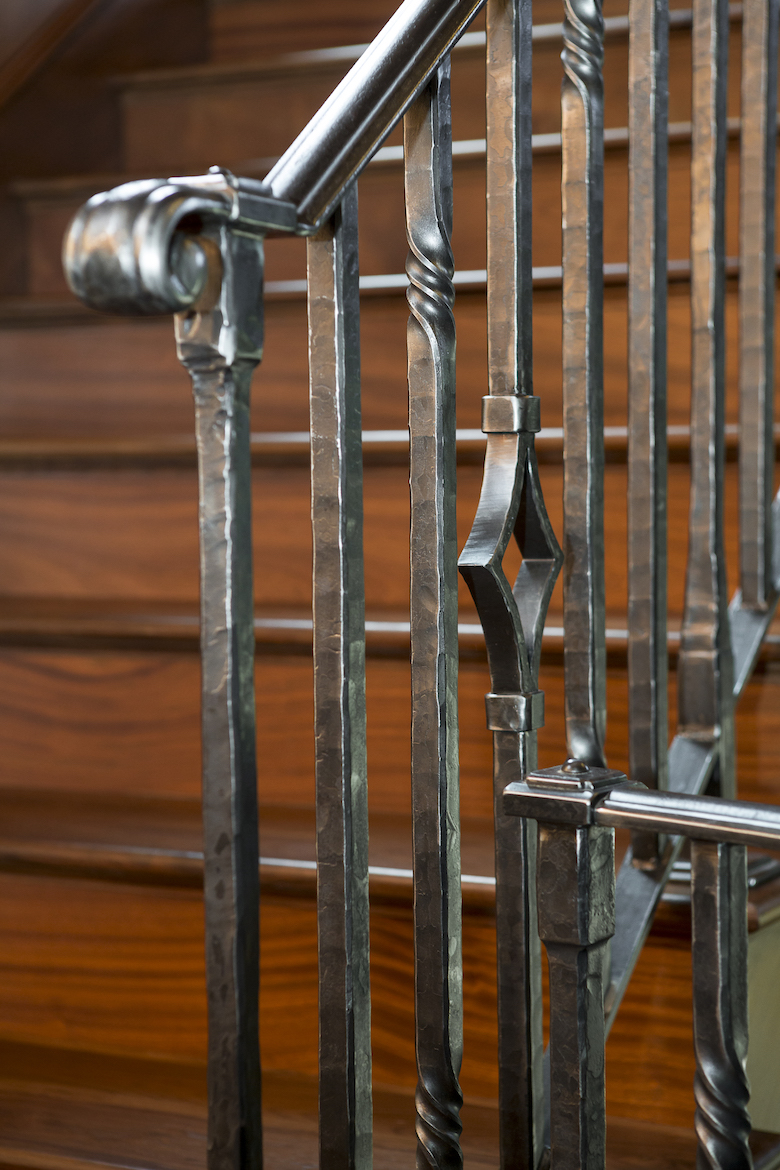 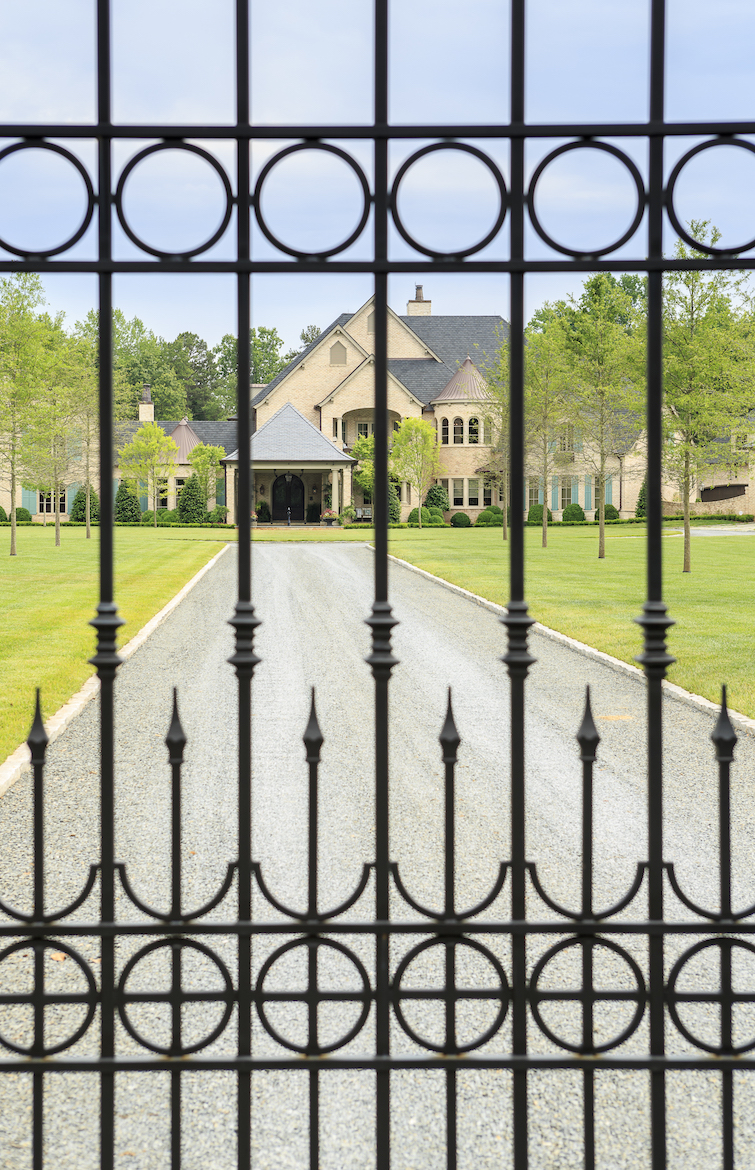 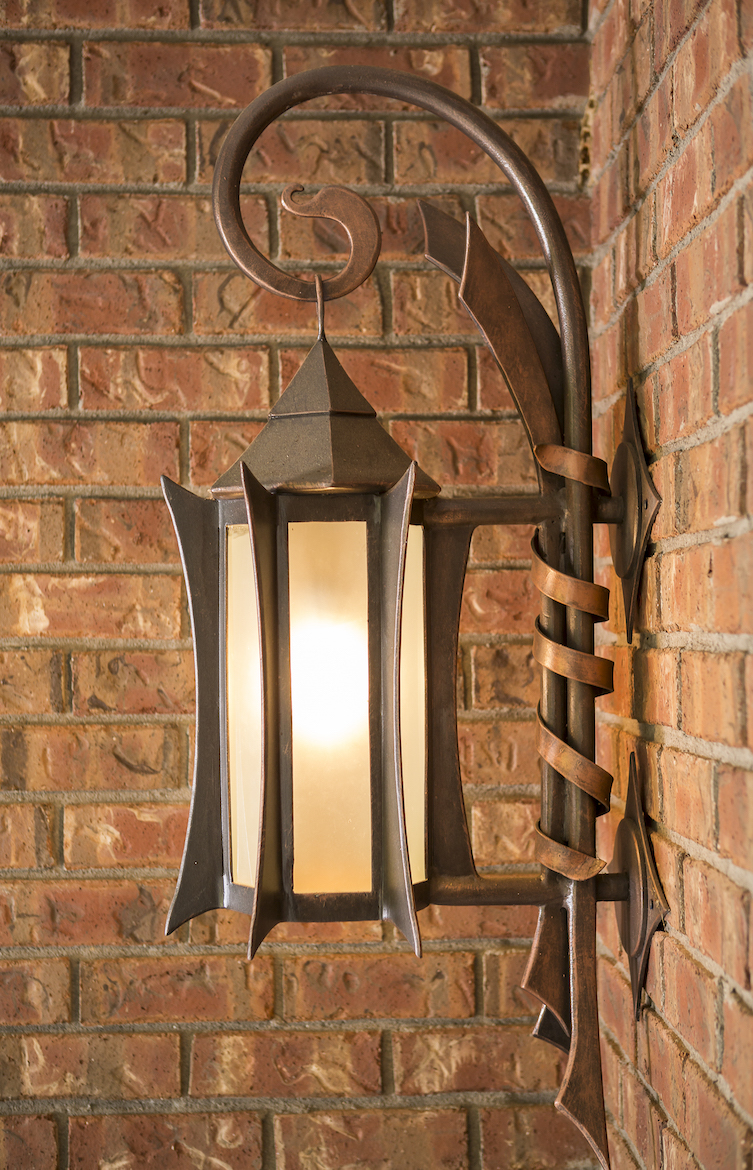 These men, like most at The Heirloom Companies, are experts in their respective fields. With skillsets like these, they could easily make a living outside of the Moseley business…but they choose not to.

Somehow, Heirloom remains a conglomerate without embodying the incorporated stereotype, and it’s all thanks to these people who make each facet of the business possible. On the surface, The Heirloom Companies is an amalgam of businesses under one roof. Actually setting foot under that roof, however, reveals the group’s true nature. They’re a bunch of artisans who’ve not only found convenience in working together—they also enjoy working together. And that’s what keeps keeps them all under one roof. They’re family.