“When I was a boy, I had only one dog, an imaginary one named Fluffy,” Charlie Jurney laughs. “I’m serious — we lived in town, in Statesville, and my dad wouldn’t let me have a dog,” the dog trainer explains. He’s leaning on his ’85 Dodge Ram, one of his many canine students panting contentedly by his side.

It’s early. Everyone else is outfitted with boots and pants, but I’m casually wearing denim shorts and decidedly more open-toed shoes, fresh out of bed. The mud is thick, the morning’s mercifully still cool, and the mosquitos aren’t the slightest bit shy. Charlie’s not living in town anymore, and he runs one of the most successful dog-training businesses in the southeast.

Over thirty years ago, Charlie started making more money training his friends’ dogs part-time than he was as a full-time pharmacist. Now he spends all of his time transforming even the most unruly of pups into skilled hunting retrievers, and he’s discovered some celebrity in the process. A columnist in several hunting magazines, he’s even authored his own manual Finished Dog, a compilation of frequently asked questions that has become quite the holy book for the amateur trainer. 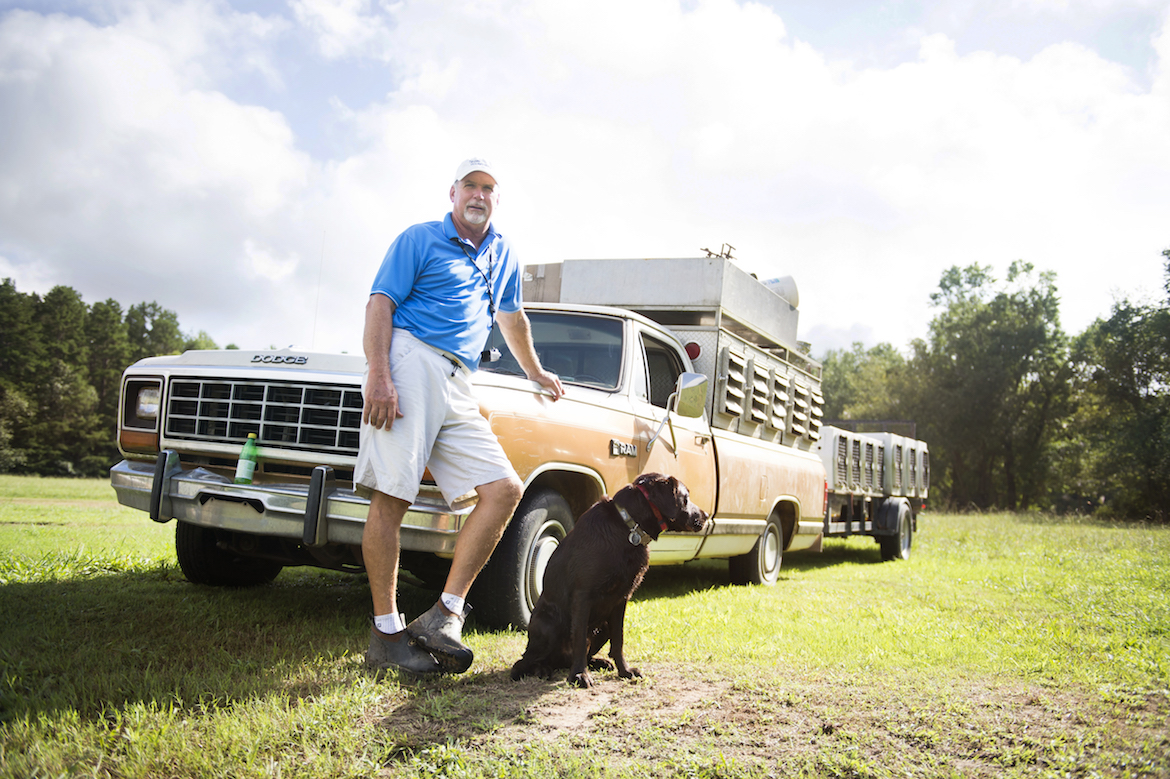 This morning, we’re watching Josh the EMT throwing false birds (known as “bumpers”) for his mother’s dog, a sociable yellow lab named Pearl. “She’s a sweetheart, but she’s been a…project for Josh and his mom,” Charlie narrates, as Pearl bounds up the slope to heel beside Josh. Her run is mostly successful, but she manages to sneak in a quick greeting with me before returning to her owner. She just can’t resist investigating the silly human out here braving the wet morning in flip flops.

Pearl is relatively new to all this, and her training has been a gradual one. Every one of the dogs who comes here has a story, and Charlie regales us with Pearl’s: Josh’s late father cared for her, and Pearl cared for him, after a fashion, during his struggle against terminal illness. She spent every day with him while he was sick; now, she spends every day without him. He was “her anchor in life,” and now he’s gone. In addition to hunting with Josh, Pearl’s also needed to help out around the family farm. “This dog is stressed,” Charlie explains, “and so we’ve taken things slowly with her.” Like anyone else with complex circumstances, she’s got a lot on her mind, and it’s up to her trainers to remain conscious of that. “In order to really earn a dog’s trust and respect, we’ve got to understand what’s going on her head — what makes her do the things we want, and what makes her give us results we don’t want.” At the moment, Pearl’s mind seems hell-bent on saying hello to everyone.

Some of these dogs are hunting dogs, but all of them are companions.

In a sense, Charlie’s not so much teaching dogs to obey him as he is teaching them to disobey their instincts. As if to prove this point, one of his slightly more seasoned students is now “running a blind.” The blind retrieval, a regular training exercise for his furry lodgers, is an incredible display of this instinct-defying discipline. It seems simple at first: our new performer Coop is sent to retrieve a bird the way he normally would. Before he gets too far, though, a sharp squeal of the trainer’s whistle stops him, and he turns to face his instructor. At this point, a hand signal is given to send him further in the correct direction. This is done repeatedly, as course-corrections are needed, until the dog reaches its target—a bird which he didn’t see fall. Essentially, Coop is willingly being steered toward his target. 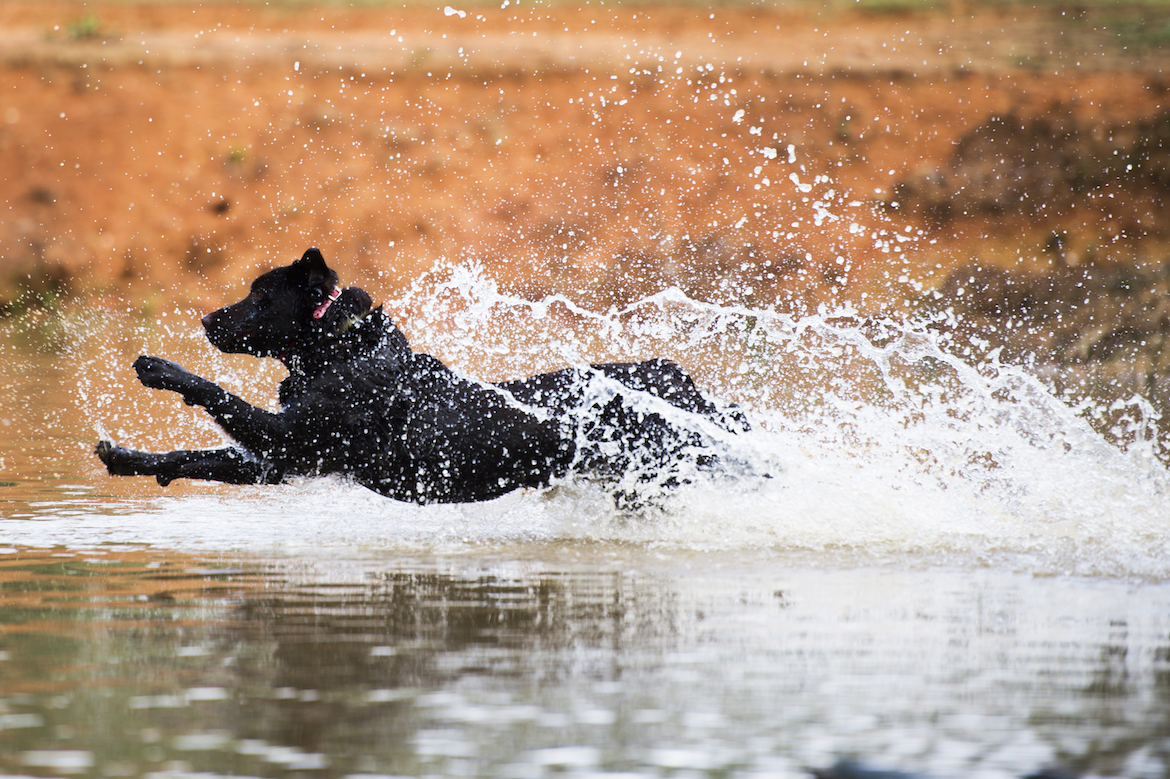 “We’re telling the dog ‘go,’ to go retrieve, and he wants to hunt,” Charlie explains, “to look around and see if he can find it.” His every impulse tells him to run every which way and sniff, but Charlie’s calm and collected instruction says “no—trust me instead.” And Coop does it. It’s an unbelievable thing to behold, but my awestruck stupor has Charlie grinning. “This is kindergarten,” he says.

I want my dogs to understand that the safest, most comfortable place they’ll ever be is right here beside me.

Meanwhile chocolate siblings Starsky and Hutch, their fur still sodden from their own game of extreme fetch, are vying for some quality scratching and petting. The field is full of strangers this morning—fortunately for them, their ripe smell can’t deter these dog-loving hands—and they already have their owner Jim’s unabiding attention. Jim “couldn’t stand dogs” until his wife forced this loveable pair upon him after a recent major heart attack. Jim’s period of recovery introduced him to a new hobby and a new kind of friend, affording him a new leash on life. “Now,” Charlie says, smiling triumphantly, “they’re inseparable. Some of these dogs are hunting dogs, but all of them are companions.”

Whether in town our out in the sticks, they’re all living with their best friends, sharing not only in their owners’ hobbies but also in their daily lives. And Charlie says that may be the most important lesson he can teach a dog: “I want my dogs to understand that the safest, most comfortable place they’ll ever be is right here beside me.” 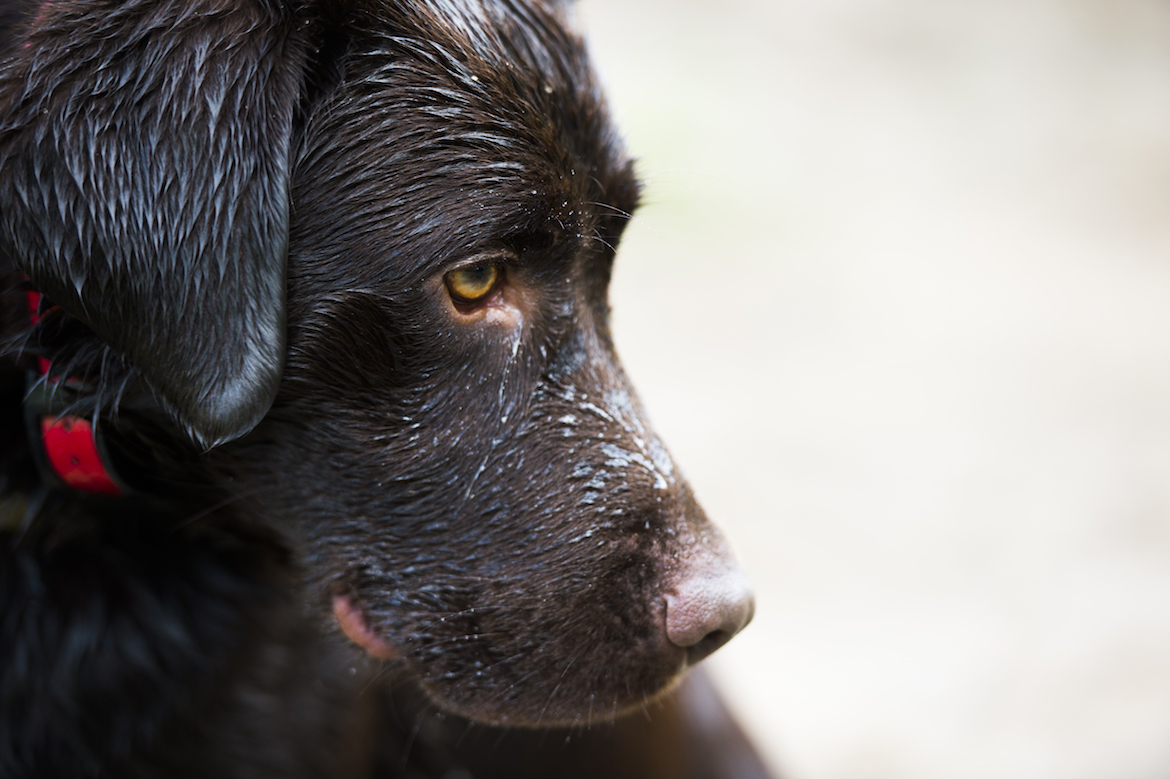