Around this time last year, Charlotte-based photographer and visual storyteller Kyo H. Nam was feeling museless. The Queen City wasn’t quite shining the way it used to: The grays of metropolis were turning grayer, the cracks in the city’s aging urbanness growing larger and uglier, the cacophonous hum of movement approaching some significant crescendo. His subject had always been the world around him, but his world had shrunk to fit within the borders of Mecklenburg County, bounded by comfortability. Creatively, Kyo felt trapped.

So, after some overpacking and underplanning, he left.

Kyo devised a 50-day travel plan that would show him all of the precious, unpredictable America he felt he was missing. Several weeks would be enough time. Enough for what? He didn’t know, and that was rather the point.

“I had a lot of questions I wanted to ask myself and really reflect upon,” Kyo reminisces. “They were: ‘Who am I? How have I been living my life? How will I continue to live?’”

He wasn’t sure what he was setting out to find, but he set out anyway. Six months of preparation culminated in a flight from Charlotte to Texas’ Big Bend National Park—the first stop in a vaguely westward trip, a journey outward to head inward. That was day one.

When we’re living in the city, we’re always concerned with how we’re going to look…but when I was traveling, that was no longer an issue. Nature doesn’t care.

Many days before these monumental 50, Kyo H. Nam was born Nam Kyohyun in Seoul, Korea. He has lived half of his life in his hometown, and half of his life in America…but he’s always dwelled and toiled in the concrete jungle. He’s rarely known the quietude of open space or the ordered, peaceful rush of nature encompassing. Like many of us, his silence is found between horns honking, and the only rush around him is that of bankers late to work. Kyo has always been surrounded by blaring humanity, moving a bit too quickly for its own good.

Out west, he was finally able to slow down, shaking off some of his life’s momentum. That started with ignoring his usual—and arguably vital—rituals. This first foray into the wilderness left him with no choice.

“Those first few days, I really wanted to shower,” Kyo laughs. “But I got used to it. If I was itchy, I scratched. If I smelled bad, I rolled down the car windows and the smell would go away. That’s how I solved that problem. When we’re living in the city, we’re always concerned with how we’re going to look…but when I was traveling, that was no longer an issue. Nature doesn’t care.” 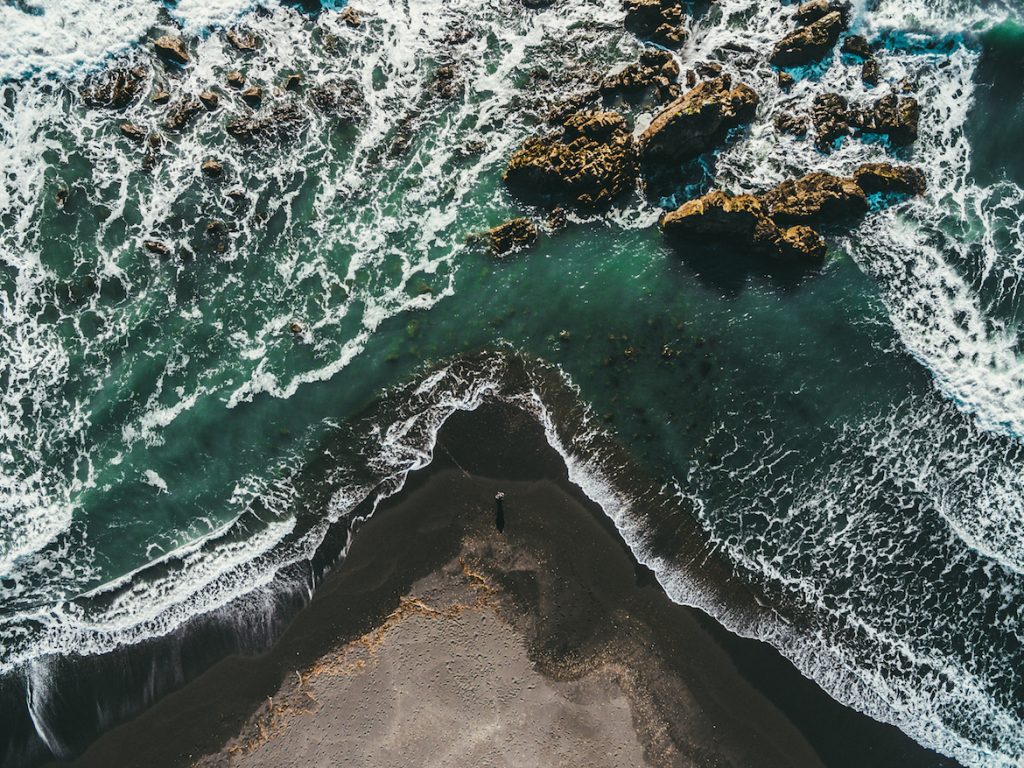 The whole trip just became more abstract from there. He planned his first couple destinations, but the rest were chosen almost at random. From Texas, he headed north into the surrealist painting that is New Mexico’s Carlsbad Caverns, trying his hand at archeological photography at Colorado’s Mesa Verda before finding himself in the foggy, white heart of the Rockies. And he just kept going.

Essentially, after he’d had his fill of one park, he would simply drive right into the nearest one on the map. He was sure to apply this same freeform, see-it-all plan to each park. Kyo moved a lot, sure—he managed to make a big elliptical trek around the continental United States, visiting a whopping 25 national parks, and that’s no small feat in 50 days. But movement is only one facet of a journey. You must make genuine stops, good ones, Kyo insists, for all the movement to be worth it.

“I wanted to take in every environment,” Kyo says, “to take the time to really appreciate each park.” 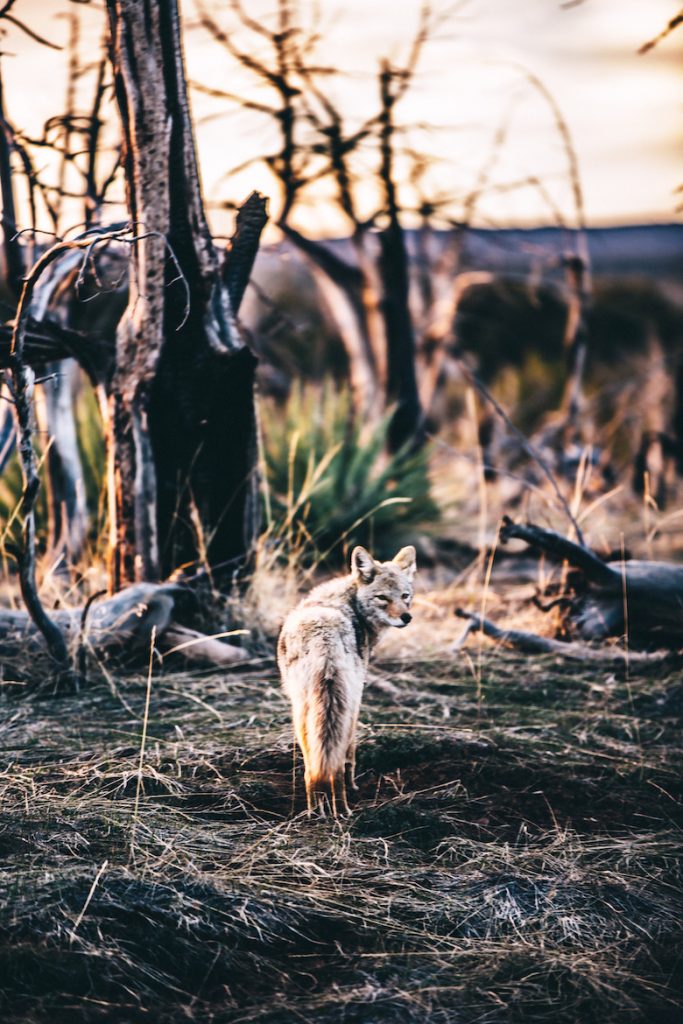 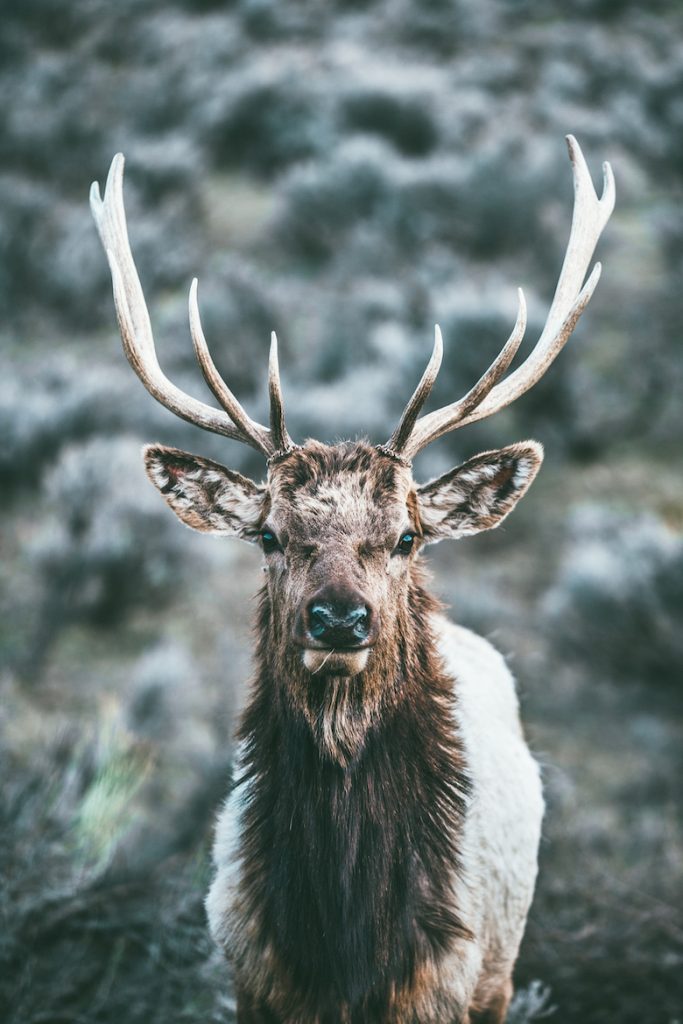 On one hike back down to his car in Colorado’s Rocky Mountains, though, the enterprising photographer felt he may have actually appreciated the park too thoroughly. His search for the right shot had gotten him good and lost. He eventually found his way back to his car, but not before the sun was dipping below the crags. And that’s when he found his shot: A young groom-to-be, down on one knee in front of a Rocky Mountain sunset. While a lucky couple got a pivotal moment in their lives professionally photographed, Kyo got another story in pictures…and an enthusiastic wedding invitation. Allowing himself to slow down and fall behind always revealed precisely the thing he was scrambling to find in the first place.

That golden parking lot certainly wasn’t the first place Kyo Nam has connected to others through his camera. In fact, Kyo credits his understanding of two distinct cultures and his remarkable adaptability entirely to his photography. For Kyo, living half his life in Korea and the other half in the United States has presented more obstacles than just the occasional culture shock. That’s a lot of culture for one person, definitely, but it’s also a lot of words for one tongue. Unlike many bilingual people, Kyo faces two language barriers: one in English, and another in Korean. He left Seoul at the age of twelve, ripping him out of a pivotal moment in his primary school language education, and thrusting him into a new world with a vastly different means of communication. 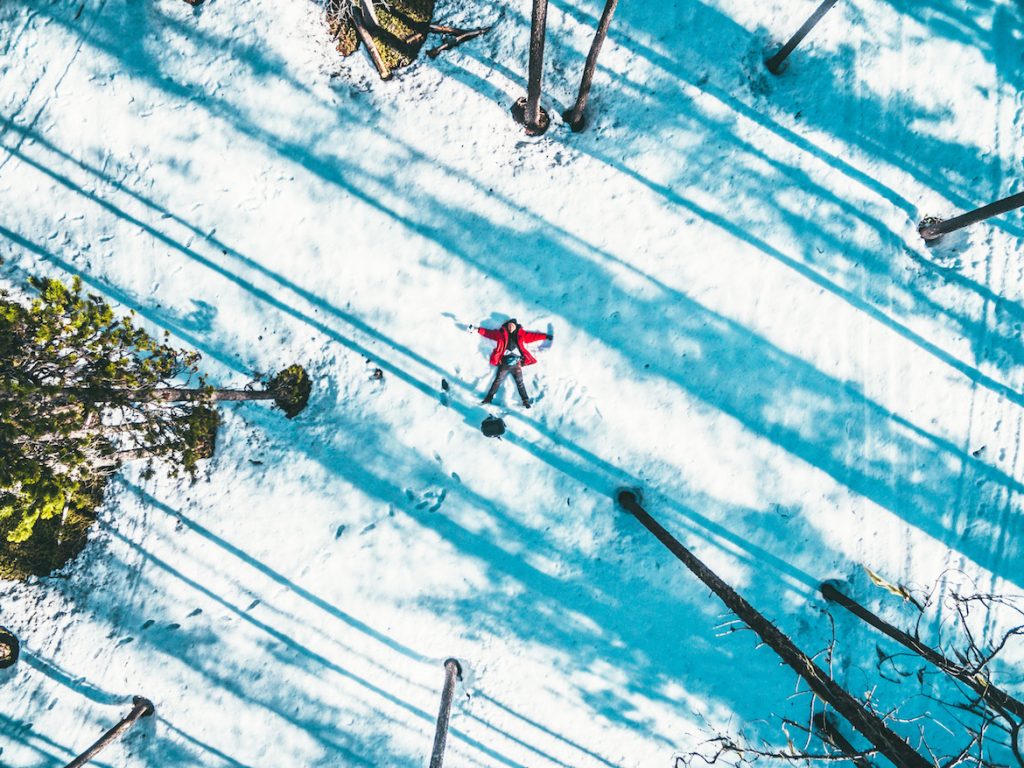 I had always thought of myself as a ‘big deal,’ but as I witnessed the grandeur of these parks…I realized how small I was in comparison. Almost to the point of embarrassment. 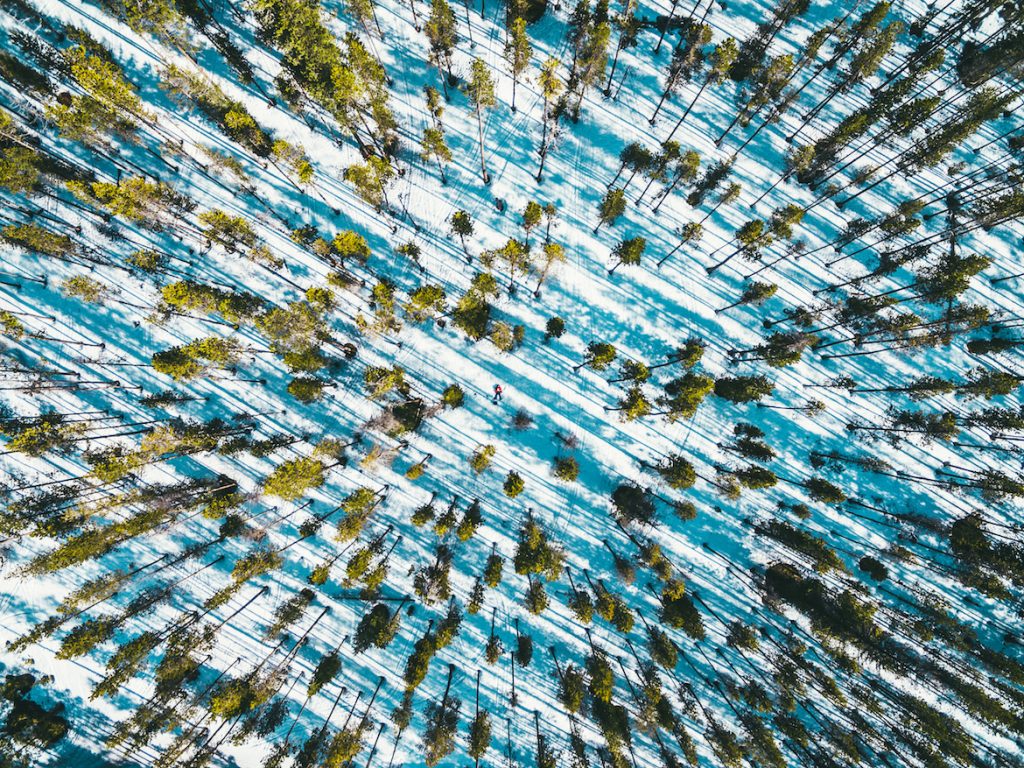 His camera lens is a kind of medium, his photography an articulation that everyone can understand. Indeed, while Kyo has found great success as a photographer in Charlotte, his 50 Days.Me.Alone photography series now comprises a bestselling book in Korea. When it comes to pretty pictures, everyone seems to get it. His art insists on “the importance of the object you are shooting and not yourself.” And anyone, in any culture, can respect the importance of that subject made beautiful. In other words, he has learned to understand his new home through his camera’s lens.

50 days alone, in the wide open spaces of America, taught him more about his new home—and his relationship with it—than he ever expected. He found real clarity, he says, in the Capitol Reef and Arches National Parks.

“I had always thought of myself as a ‘big deal,’” Kyo grins, “but as I witnessed the grandeur of these parks…I realized how small I was in comparison. Almost to the point of embarrassment.”

Kyo found humility in the sapphire-sky-bounded, green-and-brown rocky immensity of it all. And in recording his grandest subjects yet, he realized the most far-reaching potential of his art. Hiding amid the swathes of color and in the bold contrast of his every photo is a secret: The captured image is his language. Those vibrant colors and deep shadows are his thoughts and feelings, expressed in their purest form. 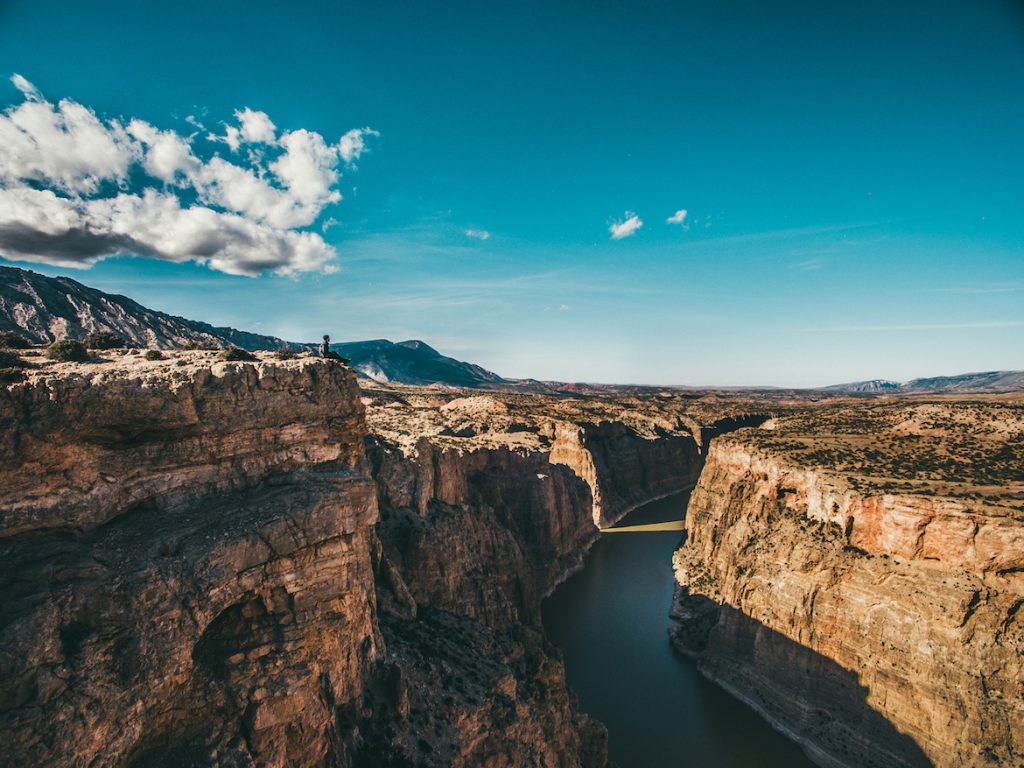 Now he’s back, and everything that once seemed small and restricting seems larger than (his) life, every image that seemed commonplace and drained of life looks more interesting and intricate and lively than before.

“Everything is new,” Kyo says, looking down at the Canon 5D Mark III in his lap. “I see the Uptownites as they walk the streets to their workplaces and I feel encouraged, energized by their activity. I appreciate the aroma of my favorite coffee much more. And while meeting my friends, I feel thankful that I’m not alone in this world. My work has improved. My photography has gotten better, and I’m more grateful for my career in Charlotte. I spell things wrong in Korean, and I mess up when I speak English…but I realize now that people accept me because they appreciate my work. I feel so, so blessed to be taking photos.”

Back on this side of the Mississippi, Kyo sees differently, connecting with his subjects more freely. So naturally, his camera captures everything more beautifully. Kyo gave 50 days to nature, and nature gave him new eyes.

Travel should teach us something about ourselves, some new knowledge for use in our day-to-day. An excursion should renew us. So, Kyo H. Nam’s journey reminds us of that truest—and oftentimes most wildly elusive—purpose of exploration: Traveling isn’t just about getting away. It’s about coming back. 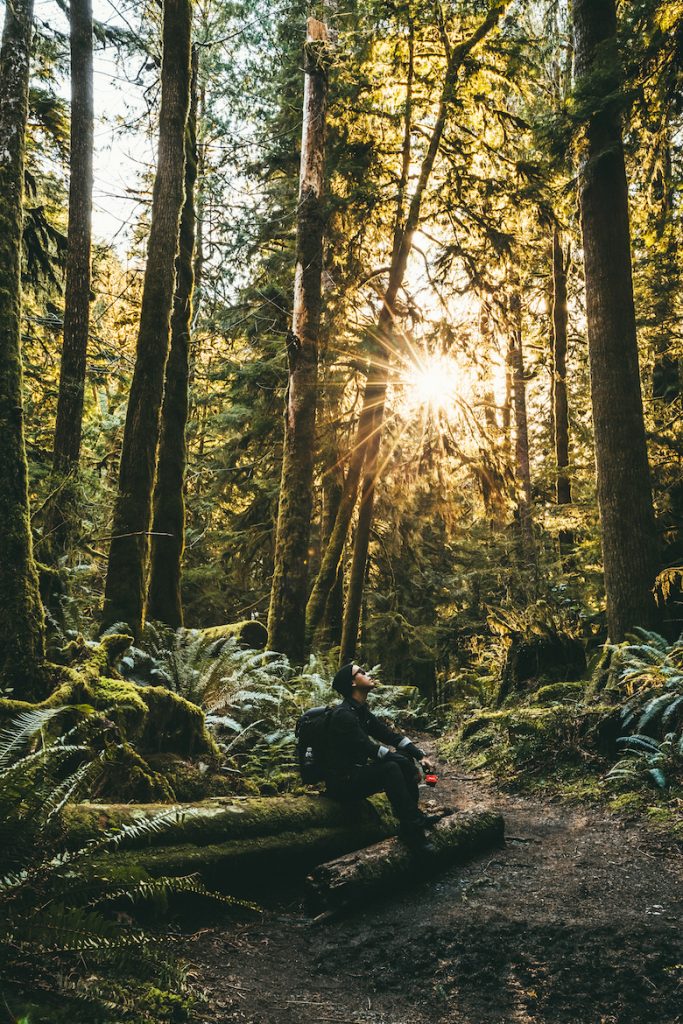