Not too long ago, Appalachian State alums Alex and Liz Hannah lived next to an ice cream shop in Denver, Colorado. That little neighborhood spot was their spot. It stuck with them, even after they moved back to their home state and settled in Charlotte. Their return to the Queen City found them living in a place not unlike the one they’d just left—a burgeoning community of small businesses and new ideas. But, tragically, their new neighborhood had no ice cream. So they started making some of the cold stuff themselves.

“We see the same types of people and the same types of growth in SouthEnd that we saw in Denver, Alex says, scooping into a bin of handcrafted carrot cake ice cream so giddily you could be fooled into thinking he hadn’t made it himself. “That excites us, and that’s more than anything why we opened the shop here.” 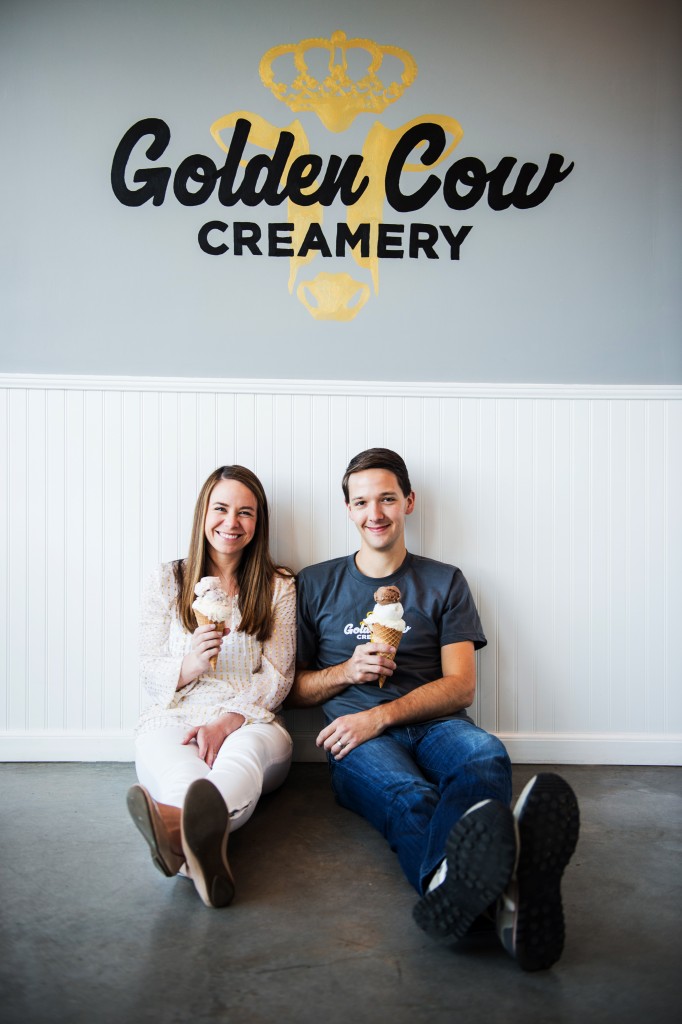 The couple behind the year-old Golden Cow Creamery don’t seem like the type of new business owners to struggle with their concept. Despite spending an entire year studying the possibilities of fresh cream, milk, eggs, and sugar, they’ve never really been at a loss for what to do with the ice cream once they had it.

Many of their flavor inspirations at Golden Cow Creamery come directly from their childhood: There is—as Alex’s Dunkaroos flavor gleefully suggests—no better inspiration for cold treats. Golden Cow’s strawberry, for instance, is exactly the kind of homemade stuff you hoped for every summer break. A creamy, not-too-pink melty mess (full of fresh berry bits) stacked atop your choice of waffle cone, it’s perfect in its honest simplicity… Guess which flavor is Alex’s childhood favorite. 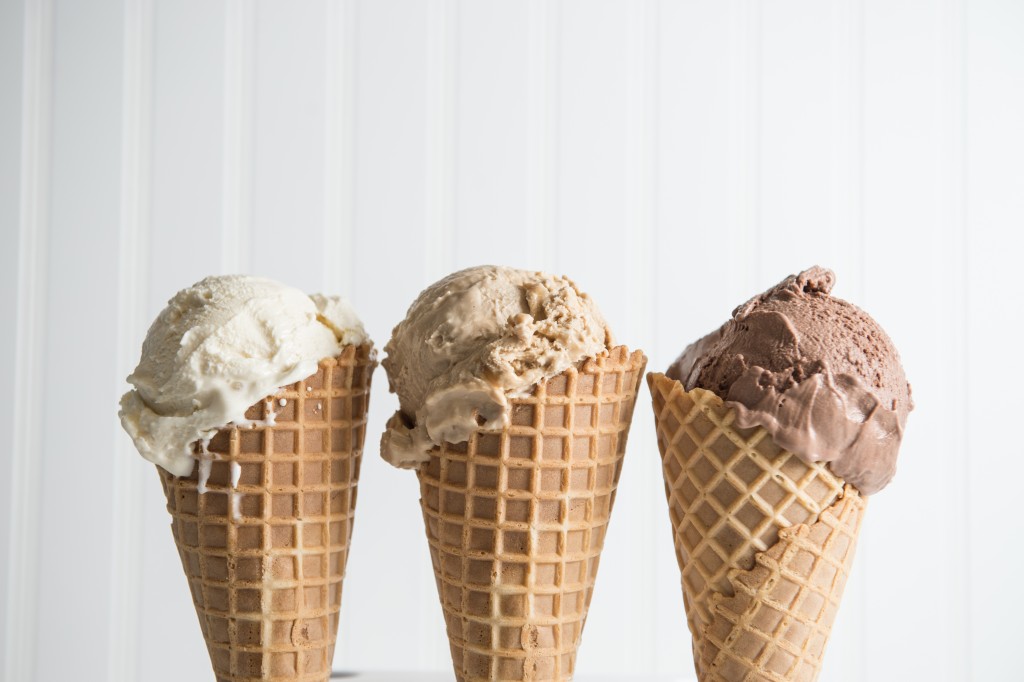 The ice cream’s excellent, sure, but their primary goal has always been sharing with the people around them. People really feel that when they walk into this modern parlor on the corner of Church and Summit. It also doesn’t hurt that part of the proceeds on every scoop goes to a different local charity each month.

The result of their outreach is precisely what they’d hoped. A year after opening, they’re a neighborhood destination, where regulars are more than common.

“We know about people’s weddings and their car accidents,” Alex laughs. “And we’ll have that sweet kid who comes in every week if he’s good at school.”

And for those resolute, old fashioned ice cream lovers in South End who still feel that ice cream’s best ever community-building opportunity was meeting on the corner for an obnoxiously loud truck, the Hannahs have something rather less obtrusive to share with Charlotteans this summer. 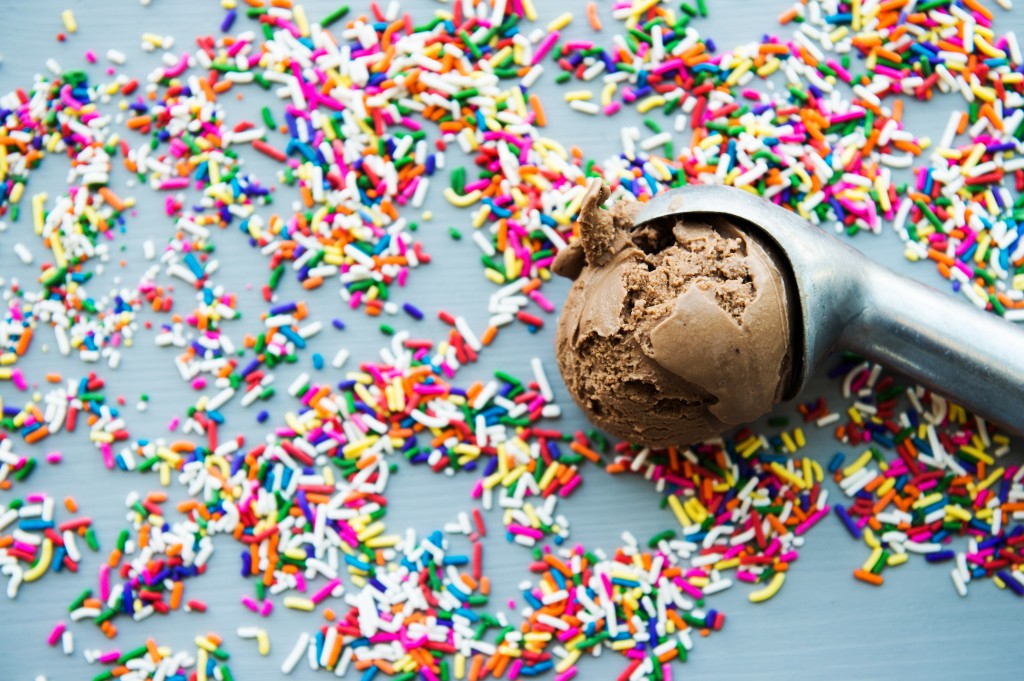 They’re carting their summery flavors around on an ice cream bike. This new venture is every bit as sustainable and adorable as it sounds. Look for Golden Cow Creamery ice cream at your favorite summer haunts.