Hiding behind a wall of evergreens – shielded from the suburban sprawl encroaching ever closer each day – at the end of a dusty gravel driveway, shaded by a canopy of towering Willow Oaks, sits a proud country homestead. On the porch, stands the man himself, farming icon Sammy Koenigsberg, wearing a yellow cap, dirty boots, and sweating beads from another long day.

He smiles brightly and warmly, exuding the confidence of an experienced man. He speaks slowly, welcoming us with a deep, sophisticated voice accented with a hint of southern roots. Calmly strolling ahead, his tireless eyes scanning and monitoring the land, he eagerly shares his story.

As a response to the ills of industrial farming, Sammy’s farm only grows the finest organic produce. Sammy tends to fourteen farms that cover roughly six acres and yield over eighty different varieties of crops. Originally considered a novelty, the farm-to-table movement is no longer rogue. Instead it is now an expectation of the American fine-dining consumer, exponentially growing the demand for Sammy’s crops. “The monikers of movements may fade, but the patterns that have changed are not fashion,” Sammy explained. Behind this demand is a true revolution occurring in food awareness and eating patterns in this country. 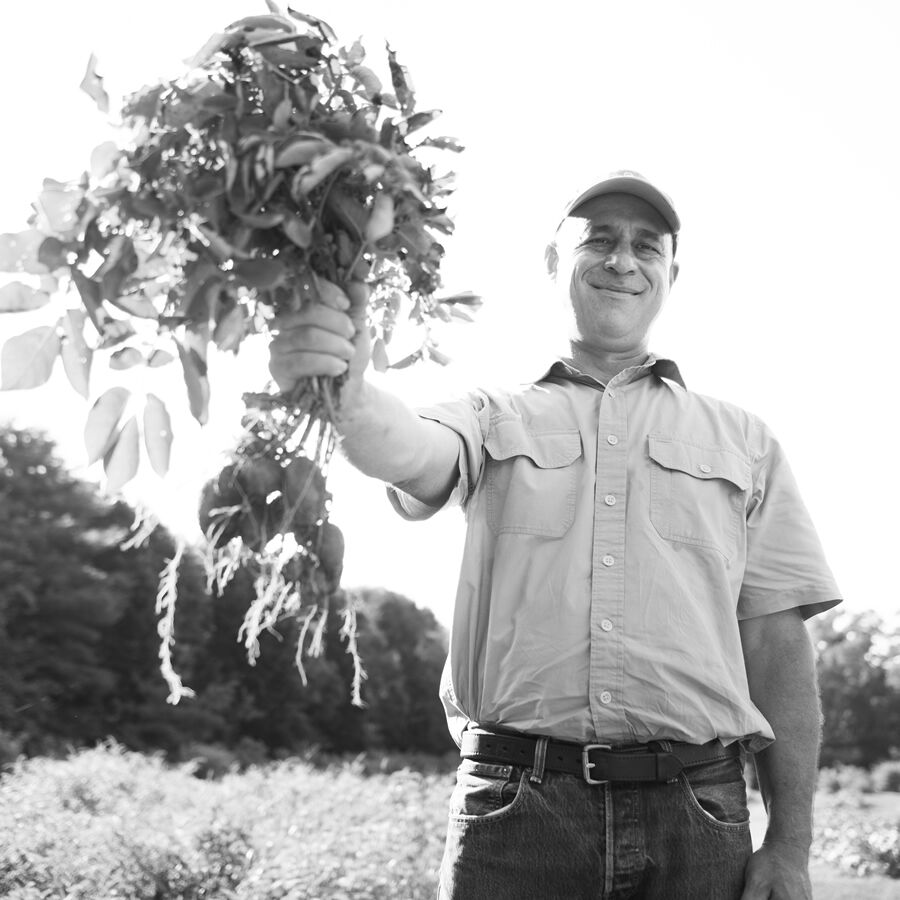 Many Americans will no longer tolerate toxic, flavorless, and nutrition-less food shipped from thousands of miles away especially when given the choice.  ”We will never go back to using bad ingredients,” he said.  The very best of Charlottes chefs and finest restaurants serve Sammy’s produce, including the innovative Tim Groody from Fork!, local culinary legend Jim Noble from Roosters, the talented Joe Kindred of Davidsons Kindred, the experienced Blake Hartwick from Bonterra and a dozen more.

Sammy moved with his family from Lebanon, Pennsylvania to Charlotte in 1967 at age four.  He attended Charlotte Country Day, and after a short time at Gettysburg College in Pennsylvania, Sammy returned and graduated with a degree in Architecture from UNC-Charlotte. The Queen City has and always will be Sammy’s home.

Sammy, who was suffering from an illness that caused arthritis in his hands and spine, found relief from the pain by working in a garden he and his wife Melinda started in the University Area. Told by doctors that there was no cure, he learned of modern medicines limitations, and “began studying the connection between good food and health, but even more so the importance of the soil,” he said.

An opportunity arose when Sammy’s father invited him to live on their family-owned farmland in Waxhaw, North Carolina. After only a short time, Sammy “heard the Lord calling me as a husbandman to care for the creation and provide good clean and healthy food,” he said.  Sammy answered the call and in 1991 founded New Town Farms.  “The illness was soon healed,” he said. 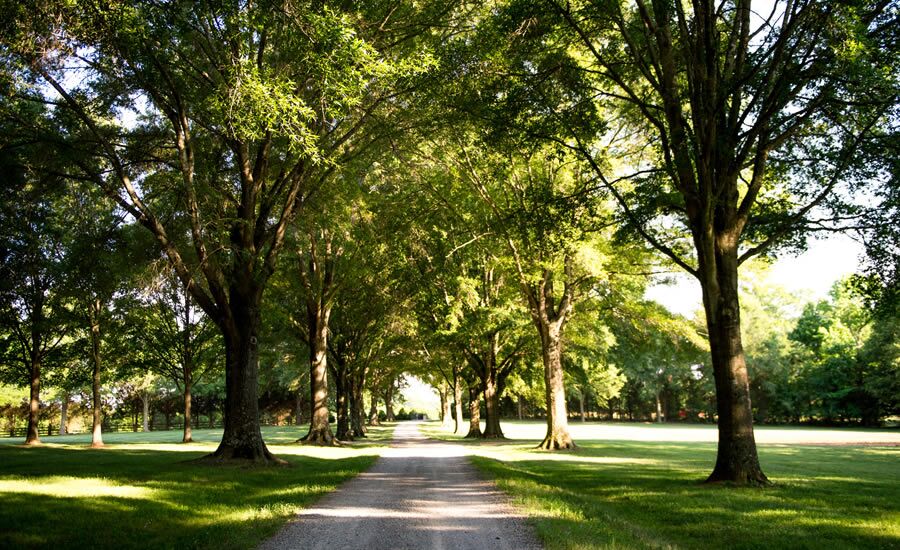 New Town Farms represents the many organic food operations that take place on the fifty-acre Koenigsberg property located on New Town Road.  Along with the many varieties of fruits and vegetables, Sammy also raises French Heritage chickens and wild Ossabaw Island hogs, “the best culinary hog we have ever tasted,” he exclaimed.  He offers pasture-raised and organic-fed Thanksgiving turkeys as well.

Sammy pays close attention to the health of his land and rotates his crops constantly to allow the soil to rebuild.  ”We will also leave a farm untouched to give it time to rest,” he explained.

Healthy living soil produces healthy living food – you can taste the difference when a farmer loves his land.

Sammy mounted his greenhouses, known as high tunnels, and his chicken houses on wheels and rails. He slides the buildings by hand station-to-station, allowing ample time for the soil rebuild its nutrients. “They’re supposed to be moved by two people – havent figured that out yet,” he joked. The high tunnels are the only greenhouses in the area with this unique engineering.

“Unfortunately, less than two percent of the nations population works in the farming industry. There are more people in prisons than there are farmers in the U.S.”

The craft of organic farming requires an acute attention-to-nature. “It requires faith – listening to things way beyond us and mostly beyond our control,” he said.  “The science of industrial farming is reductionist and limiting. We only understand one percent of the billions of things living in the soil, [things] that we all rely on for life,” he said.  “And the mass production factory system of farming disrespects the soil and wears it down to nothing. Its products are but shadows of what food was meant to be,” Sammy said.

“Unfortunately, less than two percent of the nations population works in the farming industry. There are more people in prisons than there are farmers in the U.S.,” Sammy said.

Today, farmers face inflated land prices, low wages, and expensive health insurance. “This is a path filled with more obstacles than most occupations I can think of.  Farmers are often led away from organic farming practices due to the desperate need of more income.  The current average of small family farm income in this country is a negative number,” Sammy said. 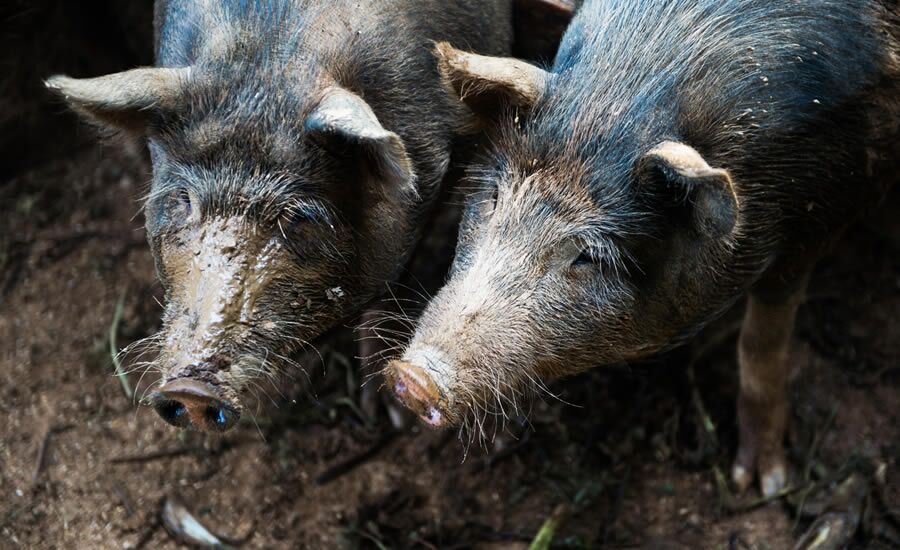 Worse still, Americans with Sammy’s education and opportunities do not view farming as a viable career option. He credits himself as an example, as his career in farming was very unlikely. He never earned an official farming and husbandry education, and the Koenigsberg family has no history of farming besides raising a few horses on their Waxhaw land.

Sammy hopes that the growing call for healthier lifestyles will bring more young people to farming as a career. “It is one of the most beautiful, fulfilling, and fundamental works we can do here on Earth,” he said.

One way to help is with Community Supported Agriculture (CSA). Based off of an imported model from Europe, and used by thousands in the United States, Sammy was the first to implement CSA in Charlotte.  It is a relationship between a community of people and a local farm, Sammy said.  Similar to holding shares in a company, each family invests in the current years harvest.  The families receive a box of vegetables and other products weekly during the growing season. “The farmer benefits because his marketing is done and he can focus his full attention on farming,” he said. “Both the farmer and the community endure the risks and savor the rewards of small family farming. The community gets the freshest food possible, knows how it was grown, and knows who grew it,” Sammy said. “However, if there is a failed crop the community shoulders it together,” he said.

New Town’s Community Supported Agriculture began with thirteen families in 1991. It has grown to over fifty today. “The products are hand-packed and shipped the same day, so they will learn what truly fresh food really is and what it tastes like,” Sammy said.

Sammy’s work does not stop there. Along with his friend Kevin Carpenter, and their former Architecture Professor Robert H. Dinsmore, Sammy founded the Town of Matthews’ Farmers Market.  Located on property provided by Renfrow Hardware, a local hardware store owned by David Blackley in Matthews Historic Downtown, the Matthews’ Farmers Market was the first non-profit, growers-only, local farmers market in the Charlotte metro-area. 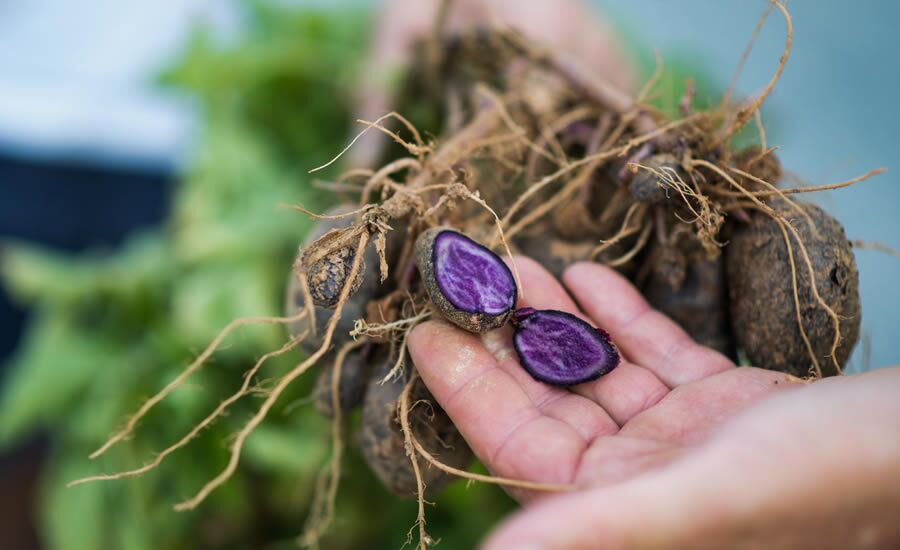 Designed to promote farming in the Matthews area and beyond, the market provides an outlet for farmers to sell their products while creating a positive environment for the diverse Matthews’ community. The year-round market is Sammy’s largest source of income.  We have been there every Saturday morning for the last 24 years and have been witness to this market fulfilling its purpose, he said. Sammy proudly held the position of President for thirteen years and is now a member of the Board of Directors.

Sammy Koenigsberg hopes that New Town Farms, Community Supported Agriculture, Matthews’ Farmers Market and his other endeavors continue to educate Charlotteans on organic farming and its benefits.  Today Sammy, his wife Melinda and their eight children can be found working tirelessly on what they love: being stewards of the land, promoters of the lifestyle of sustainable farming and healthy eating.

For a bit more info: www.newtownfarms.com