Rob Duckworth, owner of The Cellar at Duckworth’s, on the corner of North Tryon and Seventh Street, is introducing a new concept to Charlotte called Link & Pin. Charlotteans can expect the same quality of food and drink from Duckworth’s new restaurant as they expected from The Cellar, but with a few new twists.

We spent nearly 40 weeks tasting various dishes for this menu.

Despite Rob’s wealth of experience in the food industry, no corner was cut, no butter platter left unturned in the planning and execution of Link & Pin. “We spent nearly 40 weeks tasting various dishes for this menu,” says Duckworth. Executive Chef Fred Quinones, who moved to Link & Pin from The Cellar, helped develop new concept menus, seasonal changes to existing menus, and special food and beverage events. 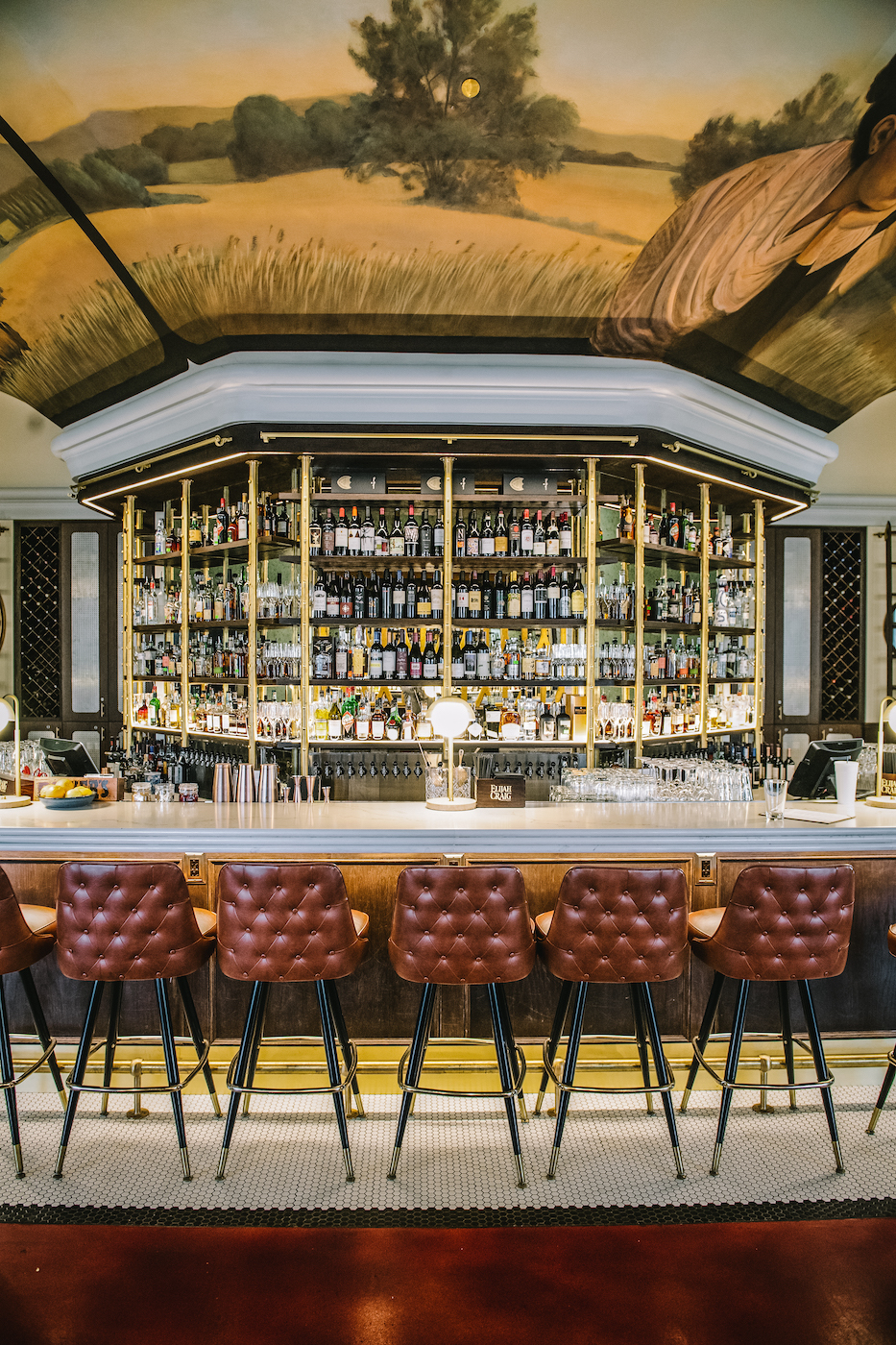 The fruit of Quinones’ and Duckworth’s labor is a menu chock full of delicious small plates and mains with a diversity of tastes. Here, there’s something for everyone. Everything from filet mignon to burgers, chicken and waffles to a Korean rice dish, and mahi mahi to pasta. Many diners never make it to the mains. That’s no surprise when there’s shareables like crispy oysters served with sriracha honey and charred corn. But of course there’s always room for dessert, especially when the menu includes gems like the house-made pop tart, replete with nutella, banana, and jalapeno bacon, and the bread pudding, a mouthwatering mix of brioche bread, salted caramel, and creme anglaise. 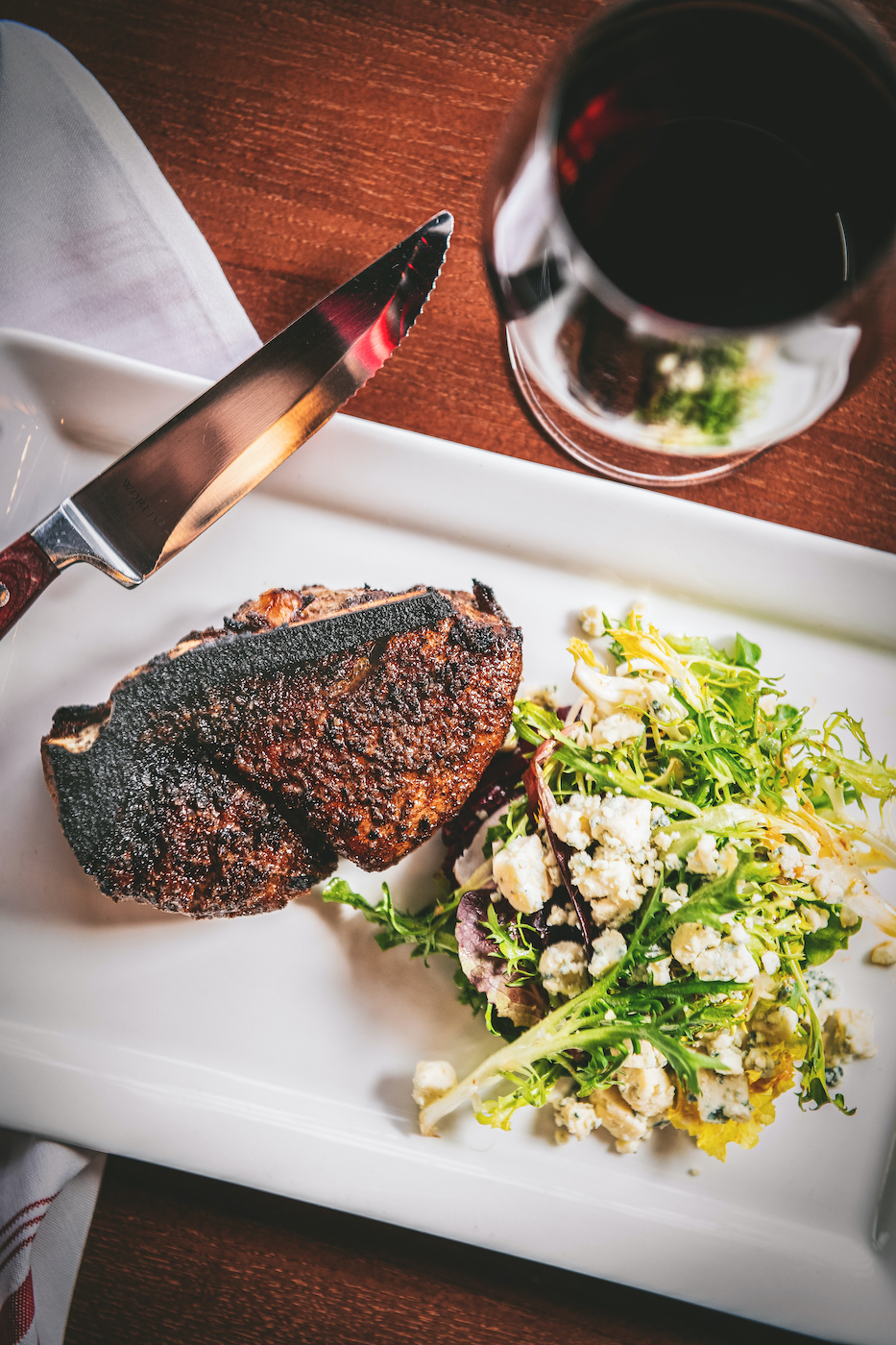 Link & Pin’s cocktail menu is the brainchild of Ron Oleksa, the same mastermind behind The Cellar’s mixed drink list. You will be hard-pressed to see the same menu on separate visits, since drinks rotate seasonally. But the bartenders are happy to mix drinks on request – be it an old favorite, a novelty, or a classic. 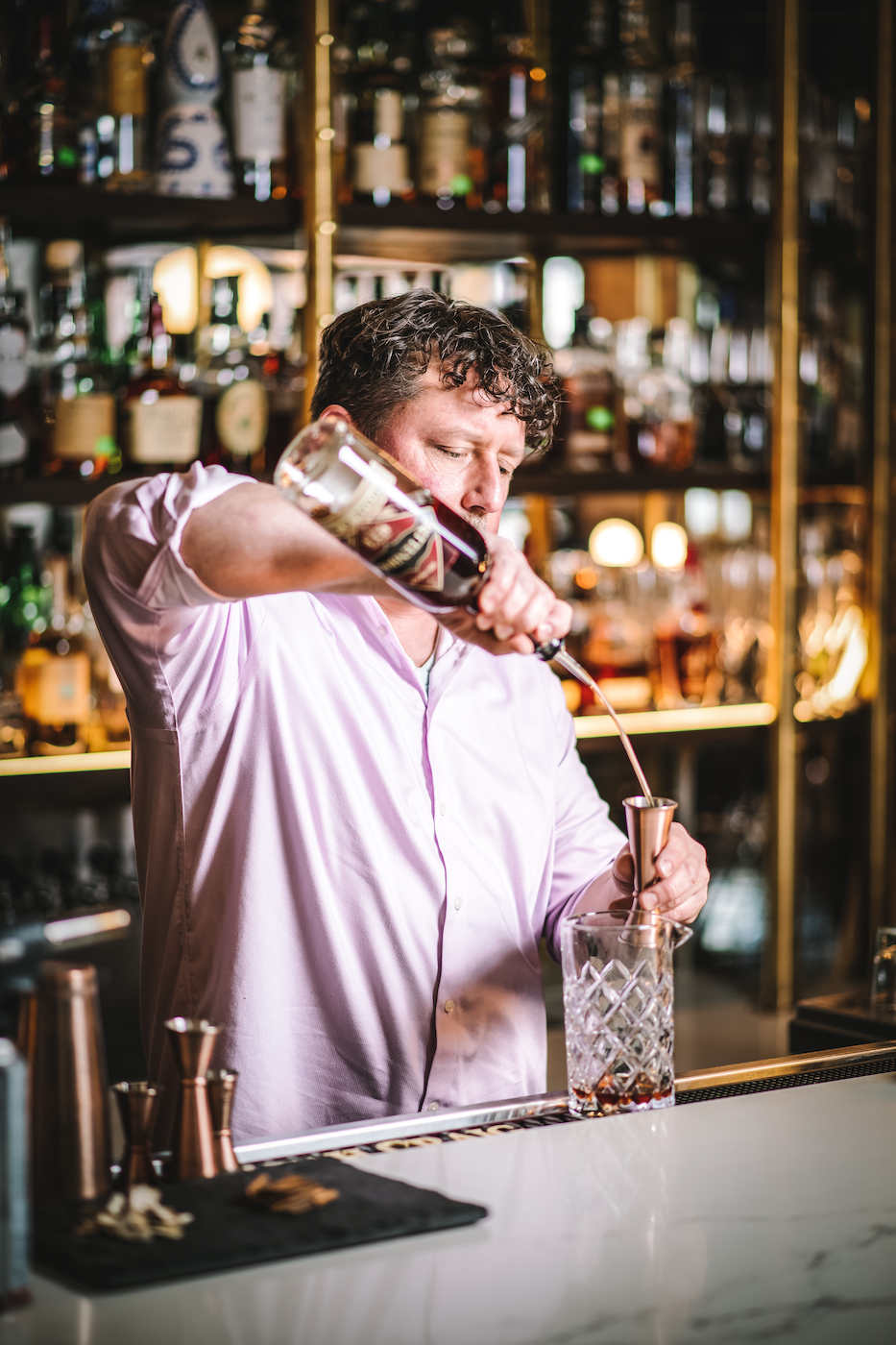 Duckworth’s vision for Link & Pin was a space that felt elegant but approachable, classy but not pretentious. He worked with Cluck, a Charlotte-based design collaborative, when crafting the interior of Link & Pin. New York City also offered inspiration. “I love the look and feel of so many cocktail bars and restaurants up there,” says Duckworth.

Without the unique structural bones that grace the inside of The Cellar, which has its home in a building constructed in the 1930’s, Duckworth’s design team had to flex their creativity to craft an ambience that feels unique. The space is large and airy. However, the creation of several smaller sections within the large area conjures a much-welcome coziness. The most popular seating areas are in the lounge. There, you’ll find plump furniture and tableside craft cocktails from a gleaming cocktail cart. Plus access to the outdoor patio, where a retractable roof opens to the stars. 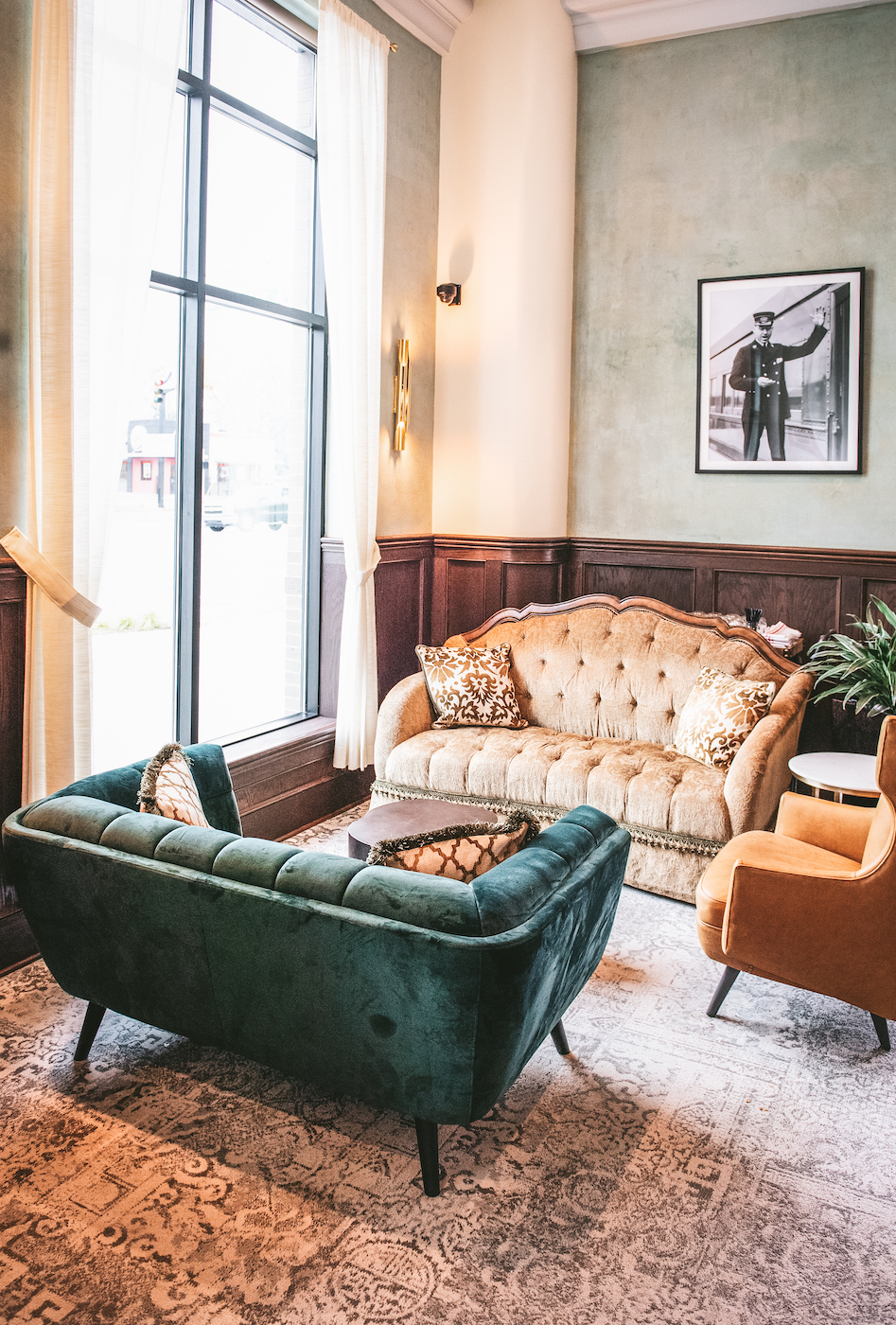 Link & Pin is located in South End, an up and coming foodie destination and the home of Charlotte’s first railroad. Thus, the neighborhood engendered both the community of gastronomes and the name that would bring this restaurant into existence. At the Link & Pin, guests enjoy dinner, weekday lunches, and weekend brunches, over which they connect to one another like train cars adjoining via a link and a pin.