After just a few years in business, The King’s Kitchen is known all over the state for its inspiring marriage of selfless ministry with decadent Southern cuisine. But Chef and Minister Jim Noble’s nonprofit wouldn’t be a proper ministry—or a proper down-home dining experience—without some delicious bread to break. That’s where Mike Pappas and the The King’s Bakery come in.

At this point in his career, Chef Mike Pappas has “invested a lot in bread.” Somewhere along the way from New York to Charlotte—by way of his own restaurant venture in Charleston—Chef Mike taught himself the fine details of dough. Through several years of painstaking research and development, the chef became a baker, and hobby of passion became specialized trade. Having tried his buttery croissants and a few of his artful, European cakes, we’re left wondering why he ever specialized in anything else. 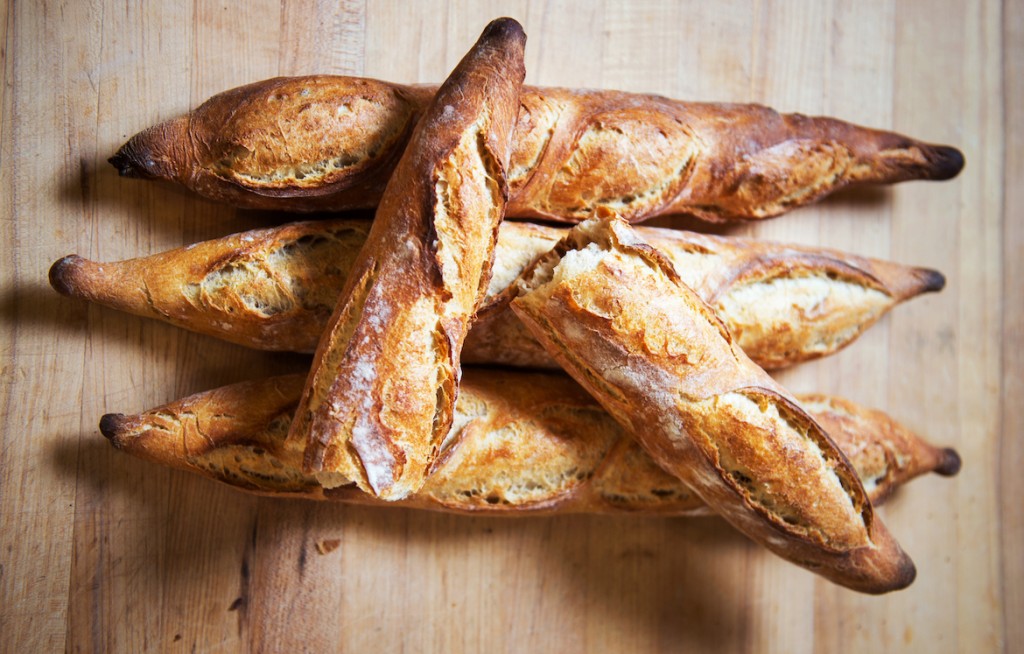 The King’s Bakery makes “historical foods that meet global standards in a modern context.” In other words, a German would be hard-pressed to to say “nein” to Mike’s pumpernickel. His most complex recipe, which took him months to perfect, it’s been shipped to New York, California, and of course, parts of Europe. His baguettes hold a similar authentic weight.

“If you were to go to Paris and walk into a notable bakery, you would see this exactly,” Mike explains, holding one of these artistic narrow loafs. “And it’s not just the look—we have the flavor as well. I want the look, obviously, but the foundation of everything I do is flavor.”

Chef Mike takes classic loaves and pastries and updates them, both in flavor profile and aesthetics, for a market that, in today’s America, is the definition of “niche.” Mike is baking for a society that has (less-than-judiciously) removed the bakery from their daily schedules. Bakers in the States constantly have to find new ways engender interest in an old product. Mike, for his part, is determined to emphasize bread’s shareable nature.

“Just about every nationality has some sort of historic connection to bread,” the chef explains. “That’s what attracts me to baking—its ability to touch the heart, anywhere in the world. When people taste great bread, one of the first things they want to do is share.” 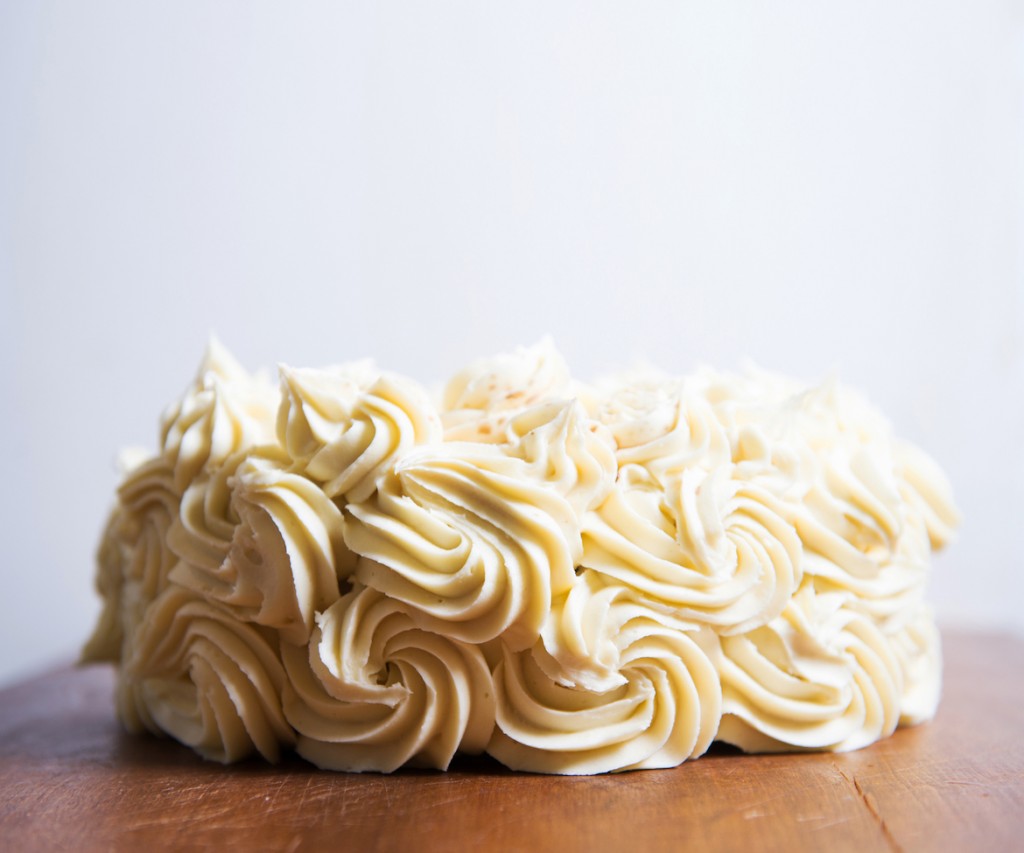 A product like this is something truly special, and special food is in demand because of decades of streamlined production. The stuff widely available in mainstream American baking rarely has that ability to move people. A lot of the money made with bread today is made with machines. Mike Pappas believes that some processes, particularly those that have been performed for thousands of years by hand, simply shouldn’t be automated.

“My doughs couldn’t hold up in a machine process,” he explains. “If I wanted to pump out several hundred of each bread per day, I would have to significantly alter my recipes. A lot of what makes this bread special would be lost.”

So The King’s Bakery doesn’t invest in machines. Like the larger King’s Kitchen venture itself, the Bakery invests in people. For his employees and interns, Mike is the teacher he never had. The Bakery aims to prove that mentorship is far from obsolete. For those dedicated to the slower, more refined foods, it’s still a vital part of one’s career. 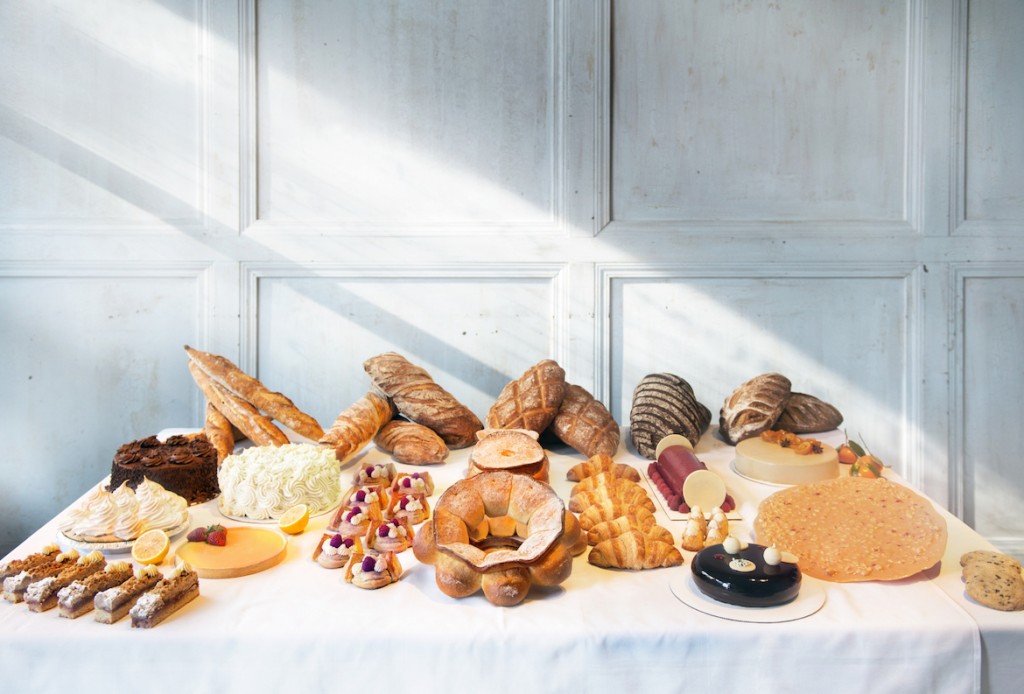 “These techniques take a long time to learn,” Mike stresses. “We have to teach people how to move their hands, how to think differently—we have to teach them how to be intimately connected to a process that’s ever-changing.”

But Mike, whose bread is now being served all over the city, wouldn’t be the baking master he is without some assistance of his own.

“We don’t see a lot of successful bakeries for a reason,” Mike says. “It’s very hard work. I’m fortunate to have found a great home here: Chef Jim Noble, not unlike me, is interested in the long road, the artisan process. I think America, right now, is craving authentic.”

It’s true. Americans are tiring of whitebread, because establishments like The King’s Bakery are reminding them there are other options. And Charlotte’s no different. Thanks to Chefs Jim Noble and Mike Pappas, authentic food is on the rise.