First violin and Concertmaster of the Charlotte Symphony Orchestra muses on his beginnings in communist Romania, detailing influences on his methods of learning, rehearsing, and performing.

Where are you from, and when did you first begin learning music?
I was born in the west of Romania, in Timisoara. I grew up in the capital, Bucharest, where I also attended school. I started in ’74, when I was six years old…which was about 10 years ago. [laughs] We learned differently there; here in the U.S., most of the kids begin with Suzuki recorders, learning to play a little tune on the instrument without actually learning to read music. In our system, we didn’t touch an instrument for a year. We learned to sing, to read the music, to understand notes, pitches. After that year, we were allowed to choose an instrument.

Describe your history and your upbringing.
When I was born, Romania was a communist country. During the Revolutions of 1989, when that regime fell, all the European countries were changing. I believe Romania was the bloodiest one. I had just started my first year in college, at the conservatory, and I remember demonstrating in the plaza downtown. And you can write anything I say about the regime — it’s my personal opinion, and my opinion was the reason I went into the plaza.

What sort of challenges, if any, did the regime present to your music education?
The music programs were incredibly good, and that’s a big surprise, right? On the other hand, we had the oppression of the regime: you couldn’t travel, there was no freedom of speech. The Romanian language has a funny way of letting you speak, with double [entendre], meaning you say one thing but you mean another. So people made a lot of jokes about the regime, but you had to be careful about who heard these things because you could end up in jail. I remember one time, I was in fifth grade, and we had to study the communist constitution. At one point, we were asked to write down our favorite and least favorite subjects. Of course, my least favorite subject was the constitution, so my dad was called to school. And he was told by the party secretary at the school, “We’re not going to make this public, but please let your son know he cannot say this, especially in writing.” And my dad came home, pleading, “Don’t do that anymore, you’ll get us all in trouble!”

A day without music would be so empty.

But music, as a form of expression, was encouraged?
Yes! There were lots of things that we didn’t have at some times—hot water, electricity—but I was still able to learn. To save money, the government would shut down entire neighborhoods at night. You’d look outside, and everything was dark. So what do you do, then, when you have no power? You study. You practice the violin. That’s one of the reasons why, people saw, through sports or through music, a way out. The concert halls were packed, although it was freezing in the halls because there was no heat. The performers all wore hats and coats and gloves without fingers. The soloist would have a heater next to the piano, so he could warm up his hands between pieces.

What are the various ways in which you prepare for a performance?
The preparation started years ago. All of our high schools were very specialized. You couldn’t be unsure of your major; you had to know. We were taught to be competitive. The state couldn’t afford to pay for school for everybody, so every few grades would have an entrance exam, to test whether you would continue. We were competing to get into the next grade. So I was trained, before I ever left school, to deal with pressure, and that has helped me during my career. Mentally, it started there, in Romania. Training for each performance is usually a long period. The piece I’m preparing now, I played in school, so it’s not new to me. Still, I started re-learning the piece 9 months ago.

That’s 9 months straight of rehearsing. So after a performance, surely there’s a feeling of accomplishment?
Well, we musicians, we’re perfectionists. We’re never happy. [laughs] That’s how we improve. A live performance, you can’t redo. The margin of error on that instrument is so small; if I move my finger just a tiny bit, I’m out of tune. You have to nail it so many times in a row, absolutely perfectly, so that you have a chance to get it the first time on stage. I hope that, when I perform, Thursday, Friday, and Saturday are all different. I’m not talking about quality; I’m talking about interpretation. There’s always the moment, and the moment is just what you feel that day. Maybe you feel it a little slower, a little faster, or more lyrical. That’s the beauty of going to a live performance, rather than listening to a recording, which is always the same. I believe that these [pointing to his smartphone and the speakers on the walls] are fake. Recordings don’t communicate the life and the energy of the live performance.

How do you think your performances and the Charlotte Symphony Orchestra as a whole fit into the performing arts scene in the city?
I do what I love: I’m playing music for people. I don’t know how to do anything else. If I try to do something around the house, I’m going to hurt myself or hang a nail or something. I’ve never wanted to do anything else. I feel very lucky; I’m surrounded by great musicians all the time.  Financially, it may not seem fulfilling, but I think — all of us, all my colleagues — we’re not doing this for money. Every city deserves a cultural organization like this, a symphony orchestra. We provide the requisite classical music to the city. If we were to stop playing, I think people would really miss it. Everyone, at some point during the day, listens to music. Imagine: a day without music would be so empty. 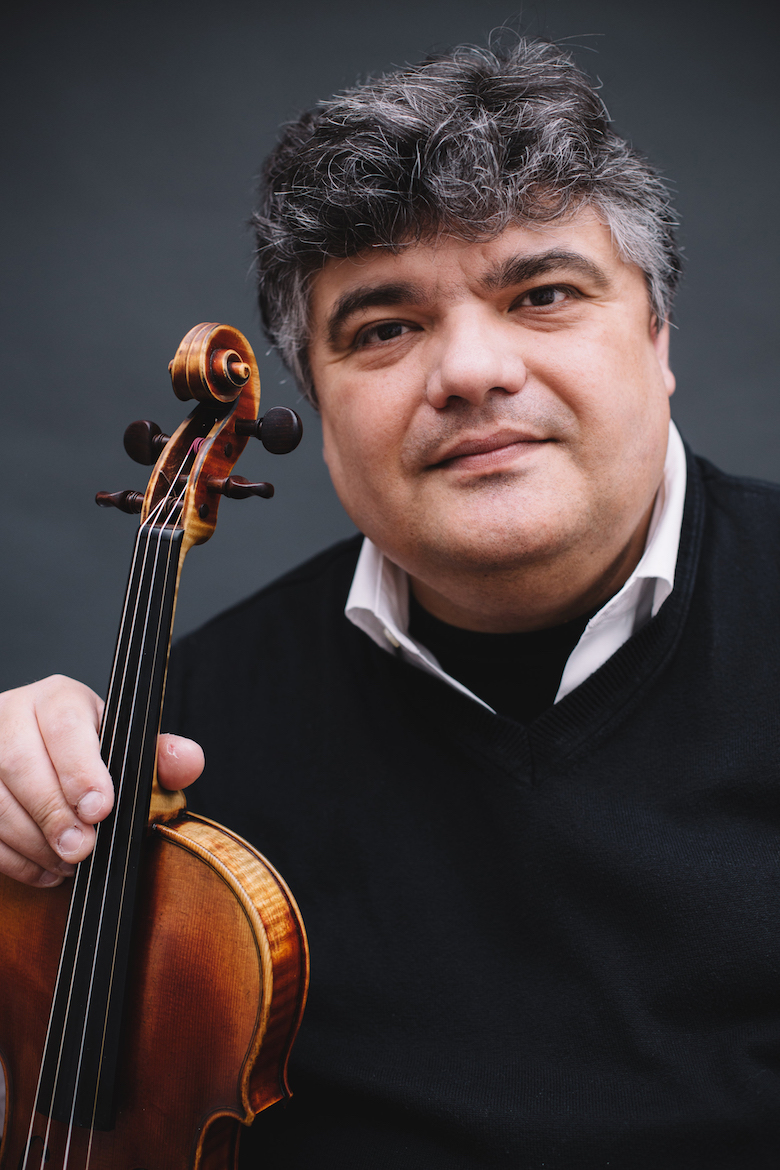