QC Exclusive gets up-close and personal with Charlotte Symphony’s most storied instruments.

Charlotte Symphony Orchestra is made up of a lot of people. That much is clear, from the moment the musicians ceremoniously file onto the stage, formal in bearing and attire. Within minutes of this ritual, a mass of people becomes one, a kind of well-oiled machine, filling their concert hall with a presence and a magic not easily found outside of these walls. And then they go their separate ways. Each musician has his or her own story, of course, and some have even been well documented… but what of their instruments?

The instruments reside with these particular Charlotte musicians for the time being, but most live their own lives. Close-up inspections alone are enough to write home about. They’re hand-beaten brass, they’re repaired wood, they’re stretched sheep gut. Some have been deconstructed and reconstructed, or transformed into a totally different style of instrument. They’ve passed hands—even famous ones. Some of them are extraordinarily rare, and some are really, really old. Fortunately for the instruments (and for our ears), even those rare old things are still being played. Surely these things, beautiful works of art in themselves, have plenty to share. So, we asked. 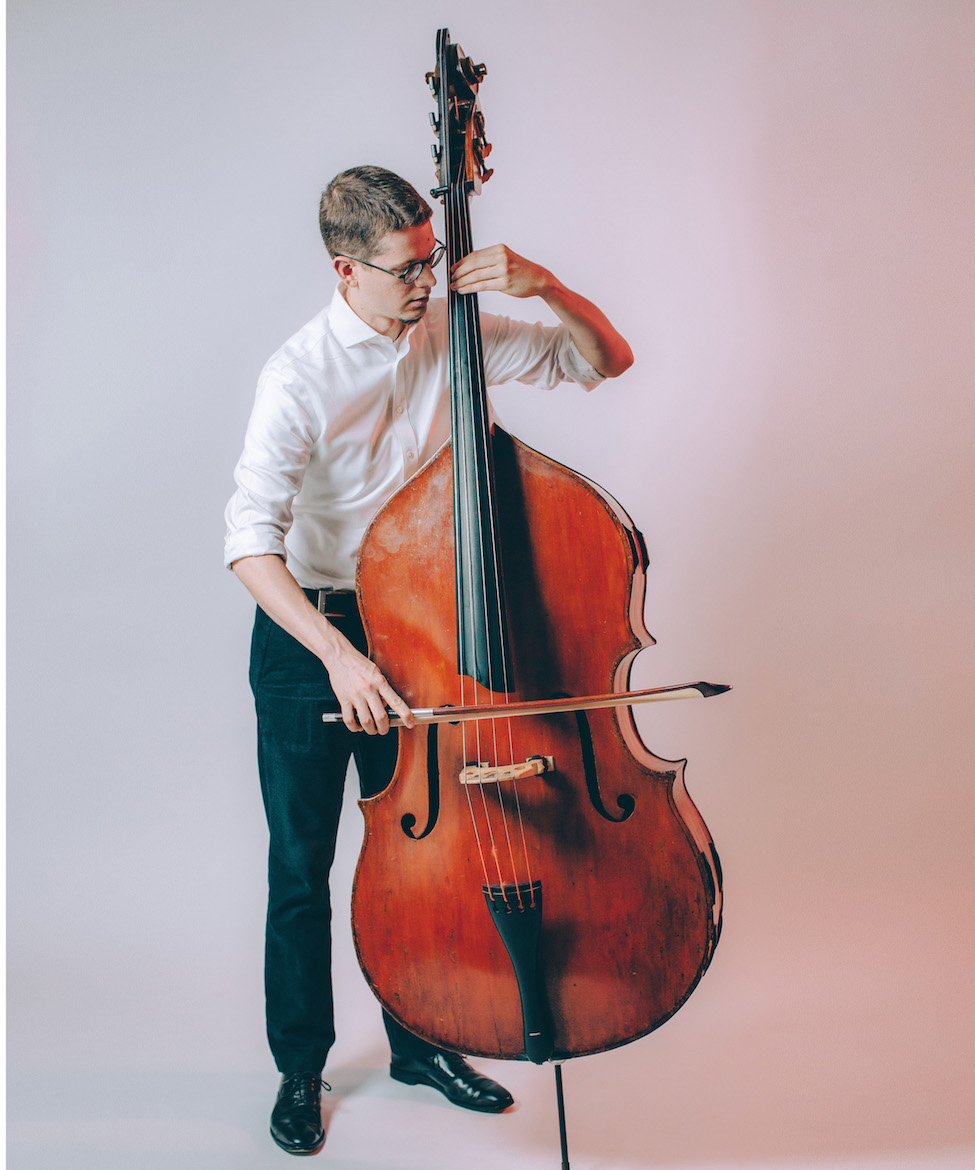 “This bass belonged to the former principal bass of the Charlotte Symphony, Ivan Zugelj. He had played on it for about 40 years. I don’t know where he got it, but I know the bass is now almost one hundred years old. It has 1920-something on the inside label, but the last number is smudged. He had fallen on it onstage, and the bridge was pushed through the instrument. He sadly passed away shortly after this incident, but a shop in Cincinnati bought the bass from his son. They had it restored and the neck replaced. I was in need of an instrument when I moved to Charlotte from school, so I bought the instrument from them.” 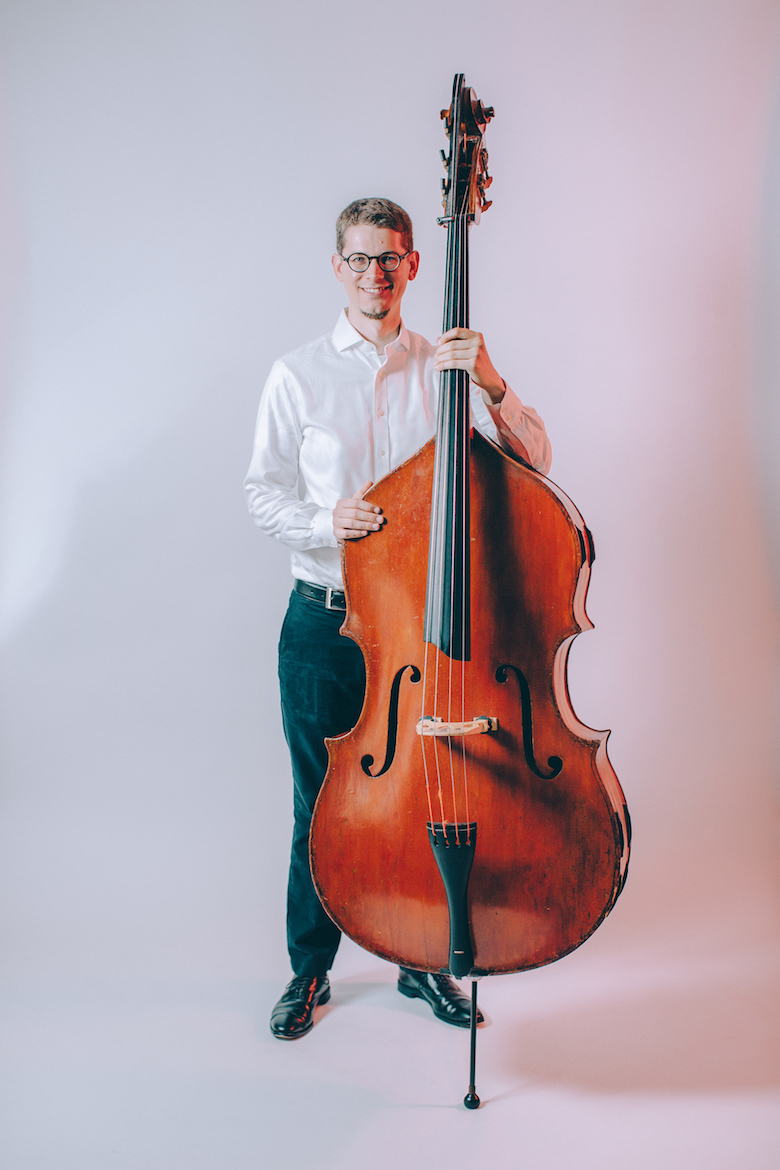 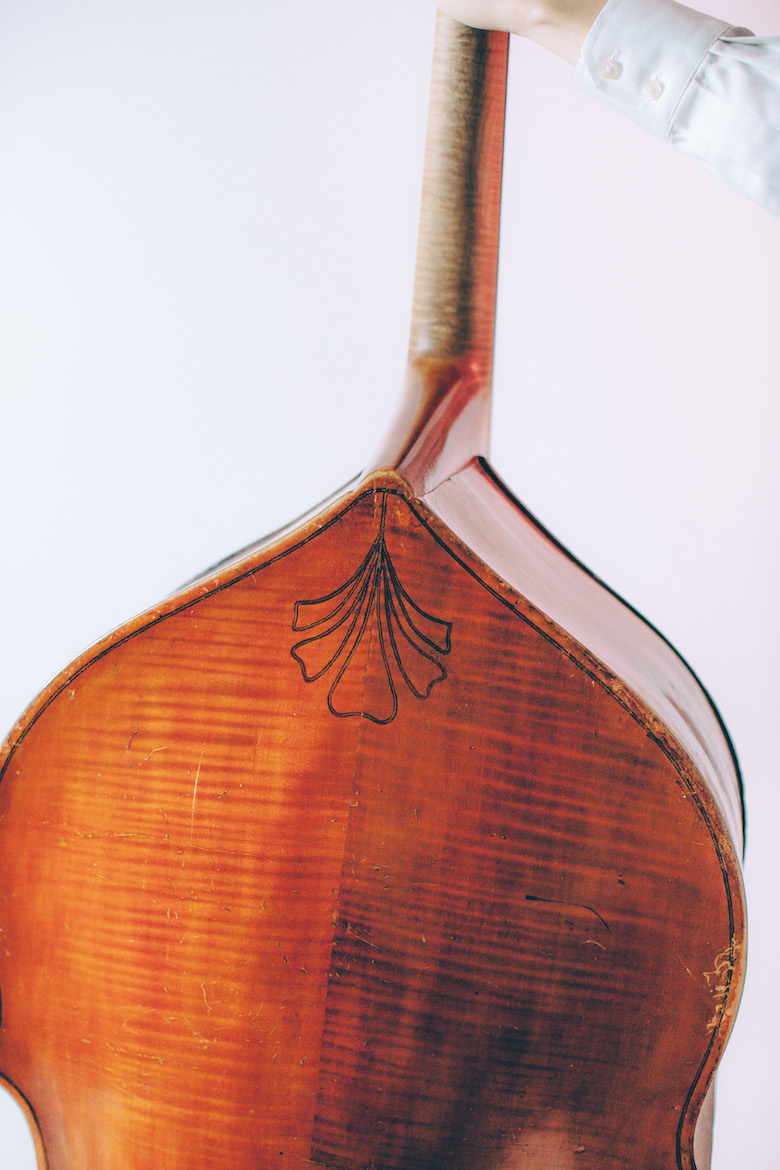 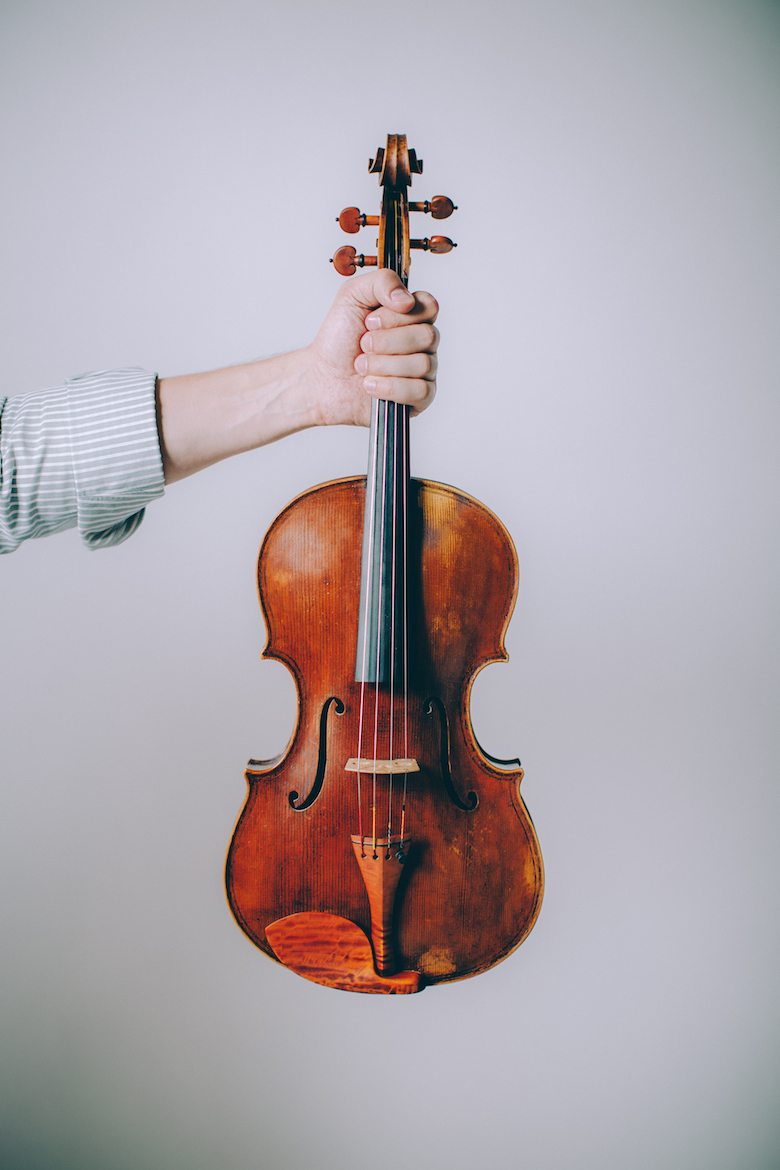 “I bought my first viola from luthier Ted Skreko of Indianapolis Violins, only to later trade it in (plus another thousand dollars) for a new one he personally built for me. It’s modeled after a famous Gasparo da Salo instrument, down to the “free hand” perfling pattern on its back. My teacher, Michael Isaac Strauss, (then principal viola of Indianapolis Symphony) played on it for a month before delivering it to me in Aspen, Colorado on his way to a family vacation. This particular viola also won first prize in tone at a luthier competition. My bow is from another competition-winning maker up in St. Paul, Missouri, Matthew Wehling. I found one of his gold ones—his bows come in colors associated with Olympic medals—at a dealer in New York when I was working on my Master’s. Thinking I’d borrow it only to play my recital, I ended up falling in love with it.” 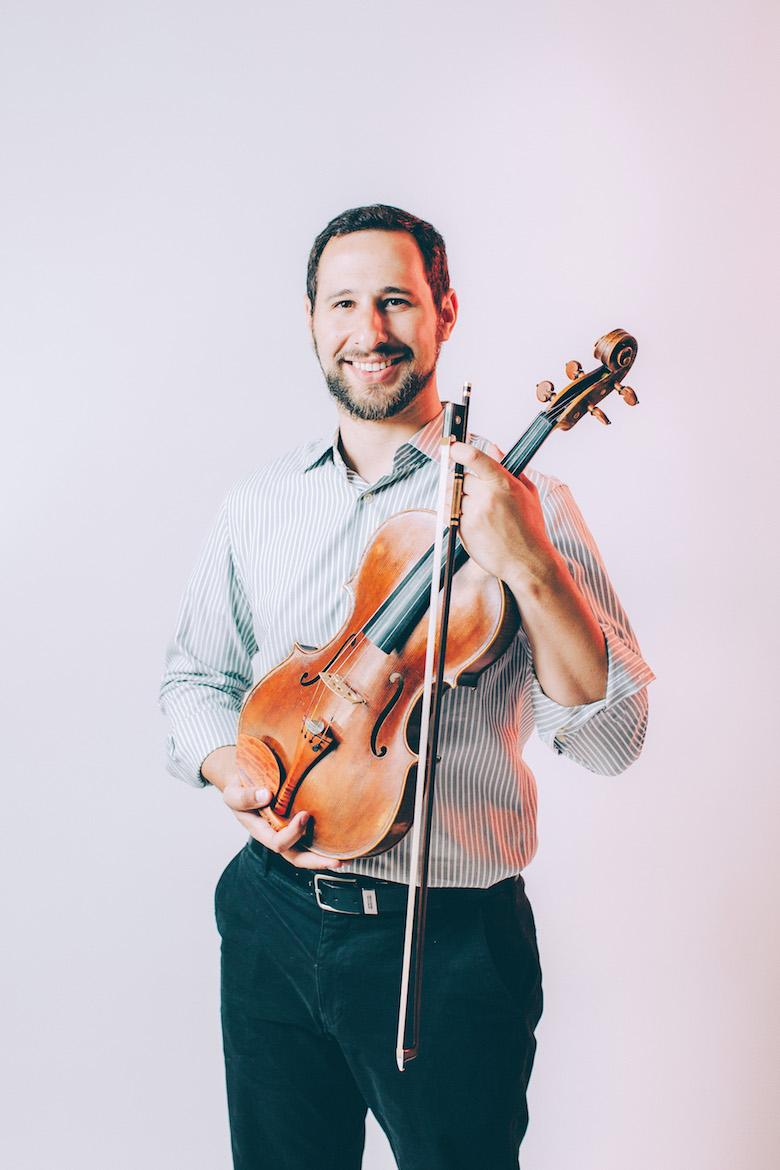 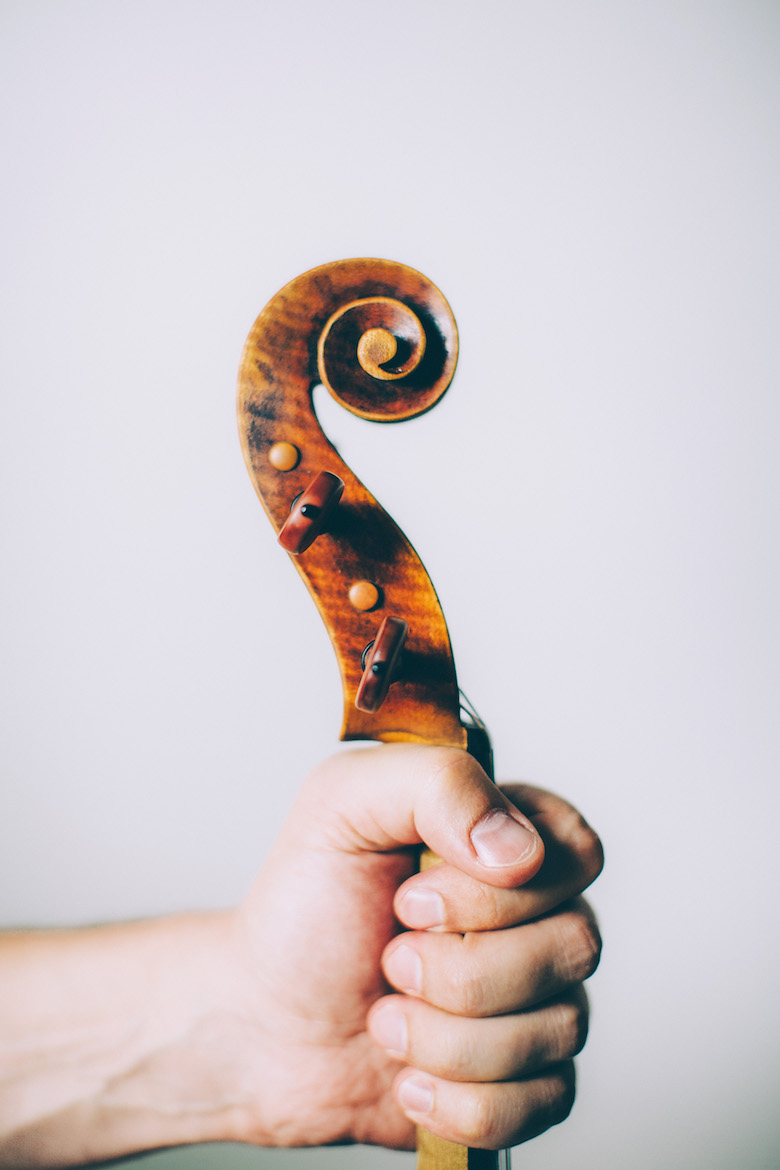 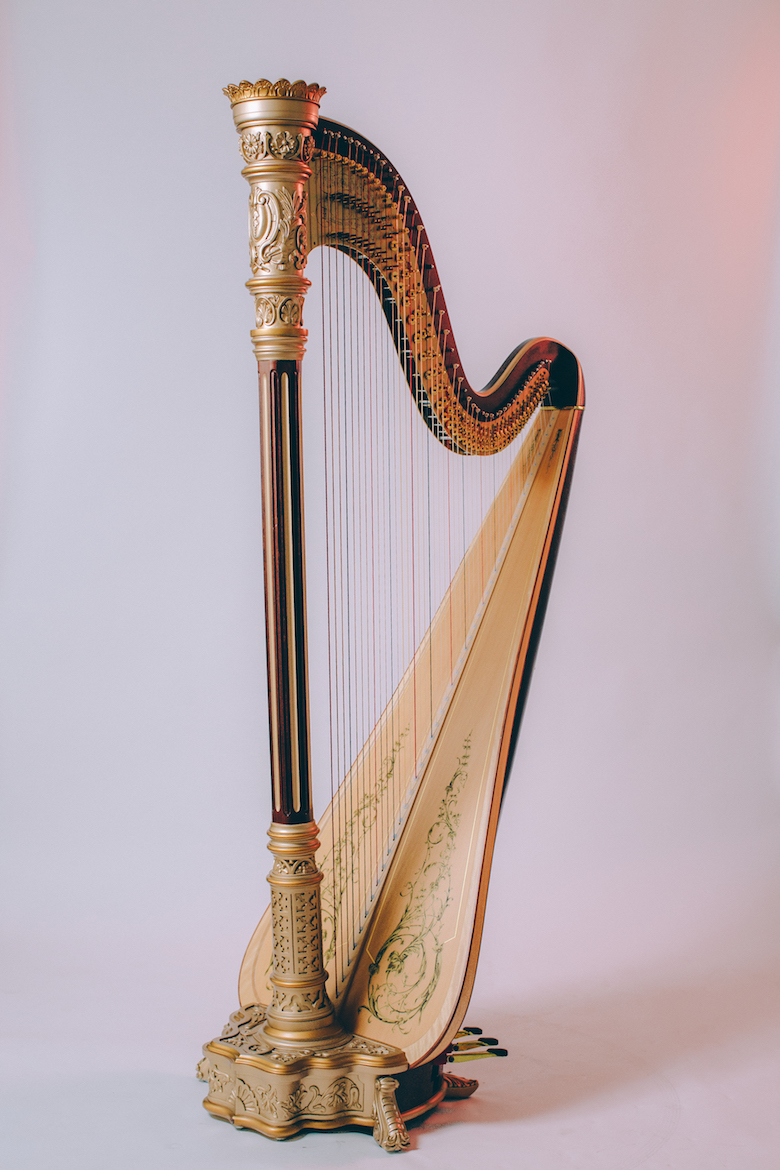 “The only Lyon & Healy factory is in Chicago, where I used to live. I took the train to the factory just before I moved to Charlotte, and I ended up practicing on this one in their concert hall for seven hours. I wasn’t even looking for this style, this walnut with bronze coating. I don’t even think it’s pretty, aesthetically. I bought it for its sound: It’s one of the most beautiful harps I’ve ever played. It’s 85 pounds and most of that weight is in the neck. I have a van that I use to transport it, but I can’t leave it in the car for any period of time—Charlotte’s climate isn’t fun for a harpist. If the wood is exposed to too much moisture, it can start to warp. More importantly, the majority of my strings are actually gut, as in sheep gut. Since these are natural fibers, too much moisture or dampness—or too much dryness on the other hand—really messes with the instrument’s intonation. There’s a joke that a harp goes out of tune if you open up a door, and that’s actually true. I tune six times on any given day at the symphony. My house has a hydrometer in every room that has a harp. If it’s not 40 to 60 percent humidity then I break out the dehumidifier. And in the winter time: the humidifier. It’s a delicate balance.” 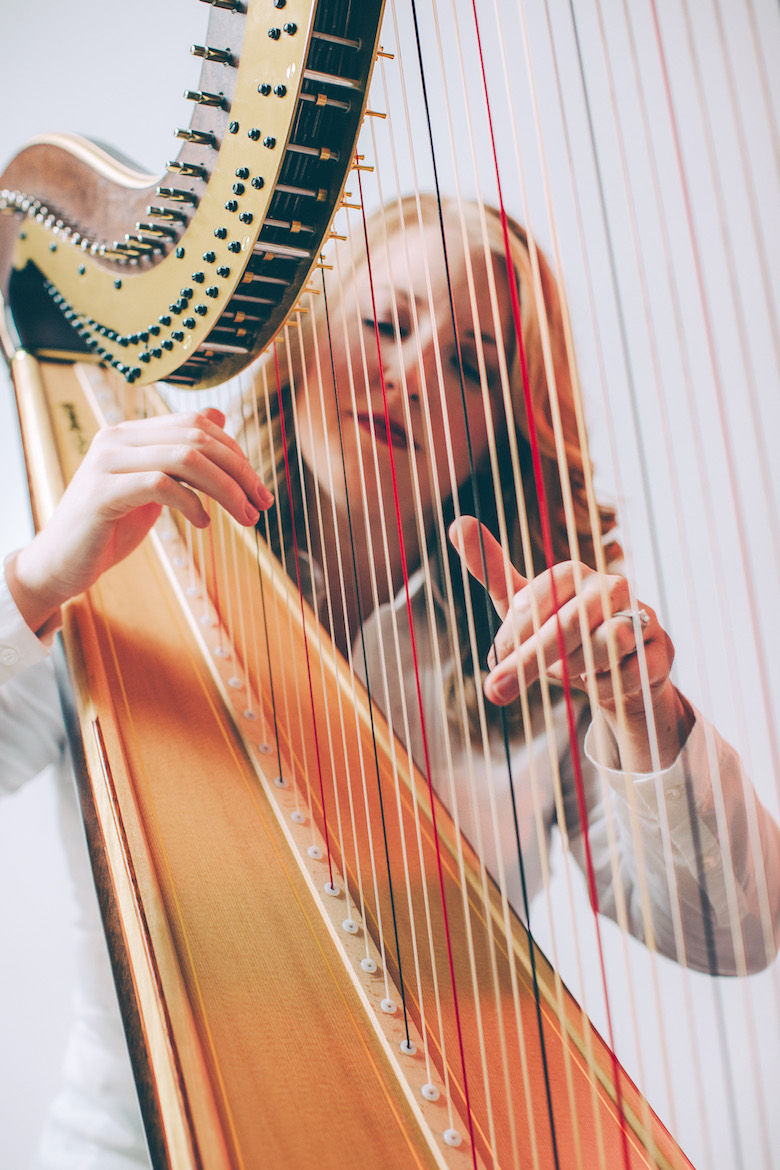 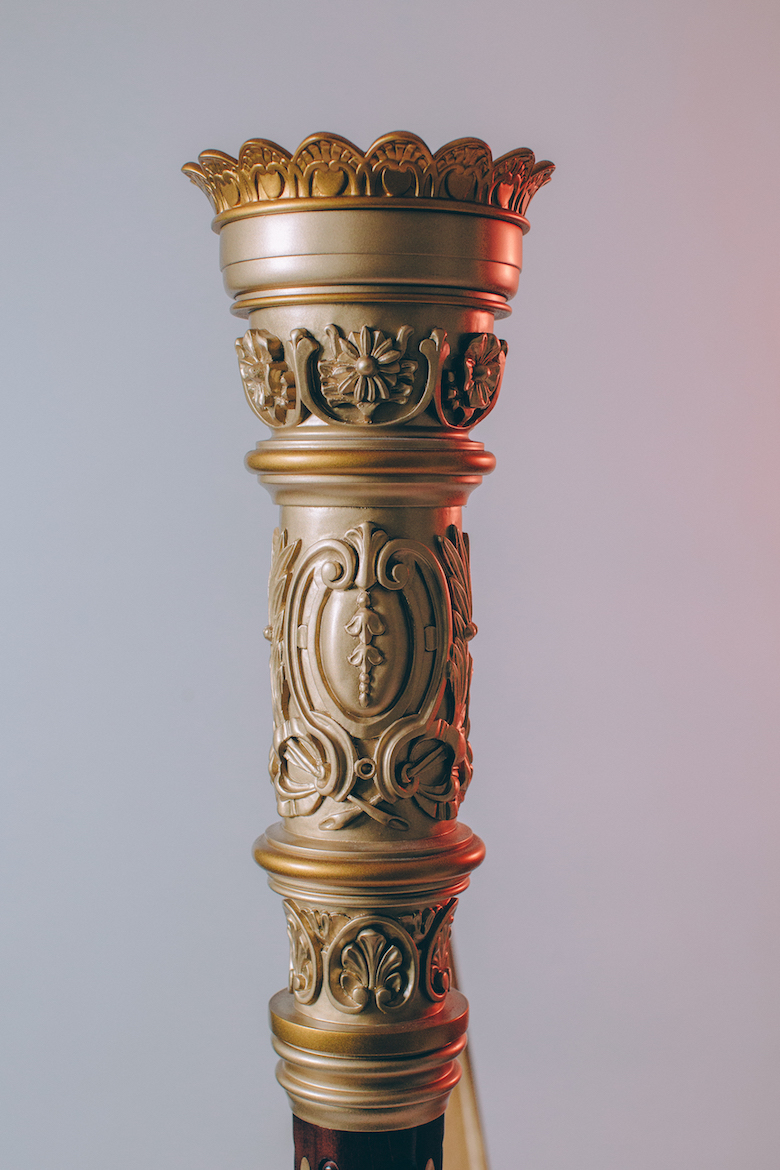 The Local and the Baroque 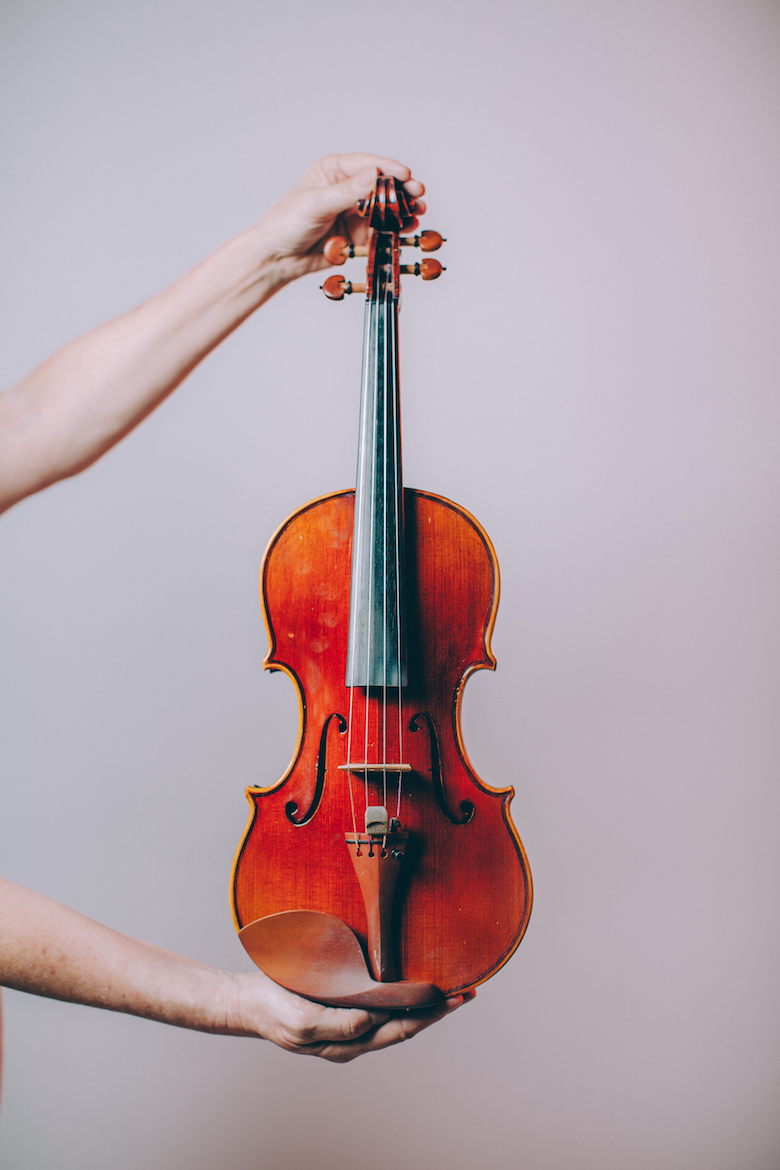 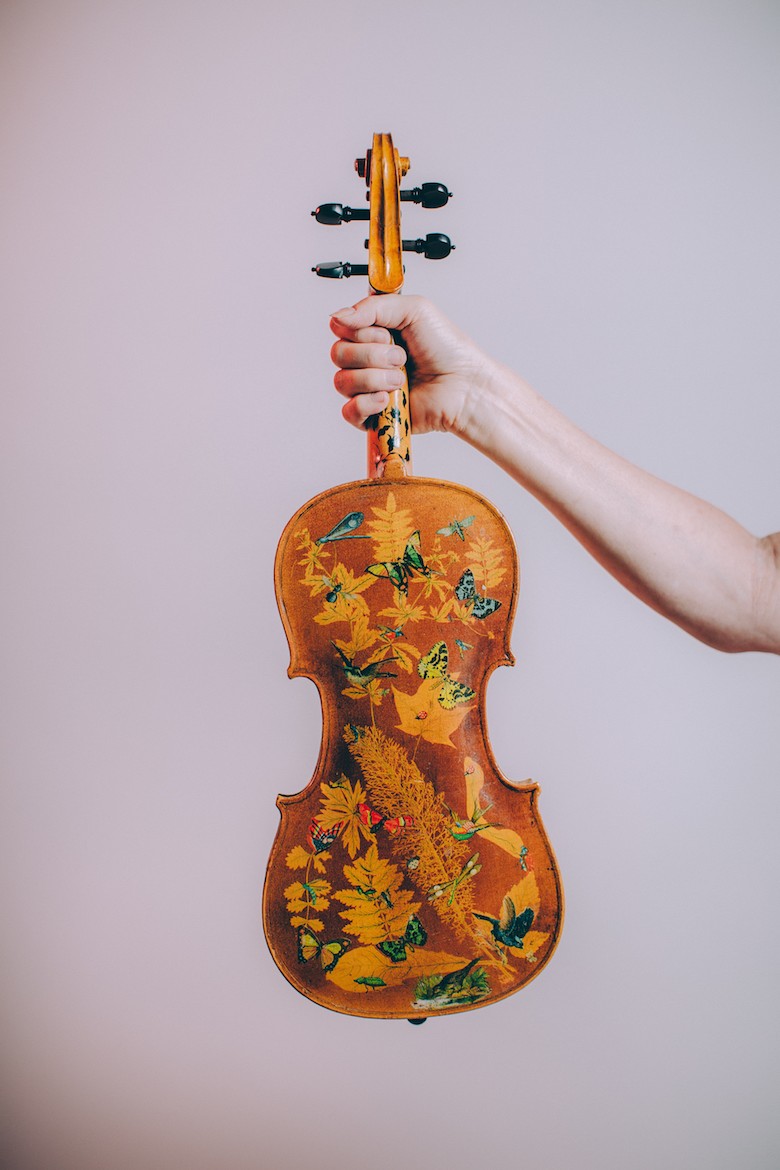 “The violin I play with the symphony is made by luthier Kurt Widenhouse. He makes incredible instruments, and he lives just down the road in Belmont. I also have this other older violin which I bought off a lady in London. I took it to a guy in Raleigh and had him make it baroque because it just wasn’t happy being a modern instrument. It was made around 1880, and I don’t know who put the birds and the bees on the back of it. Some people might find it vulgar, but I find it beautiful and over the top. Baroque is kind of my one true love. It’s a whole different genre, a different style of playing. You tune to it, a slightly lower pitch, and you have a different bow. It’s incredibly therapeutic, switching between the two.” 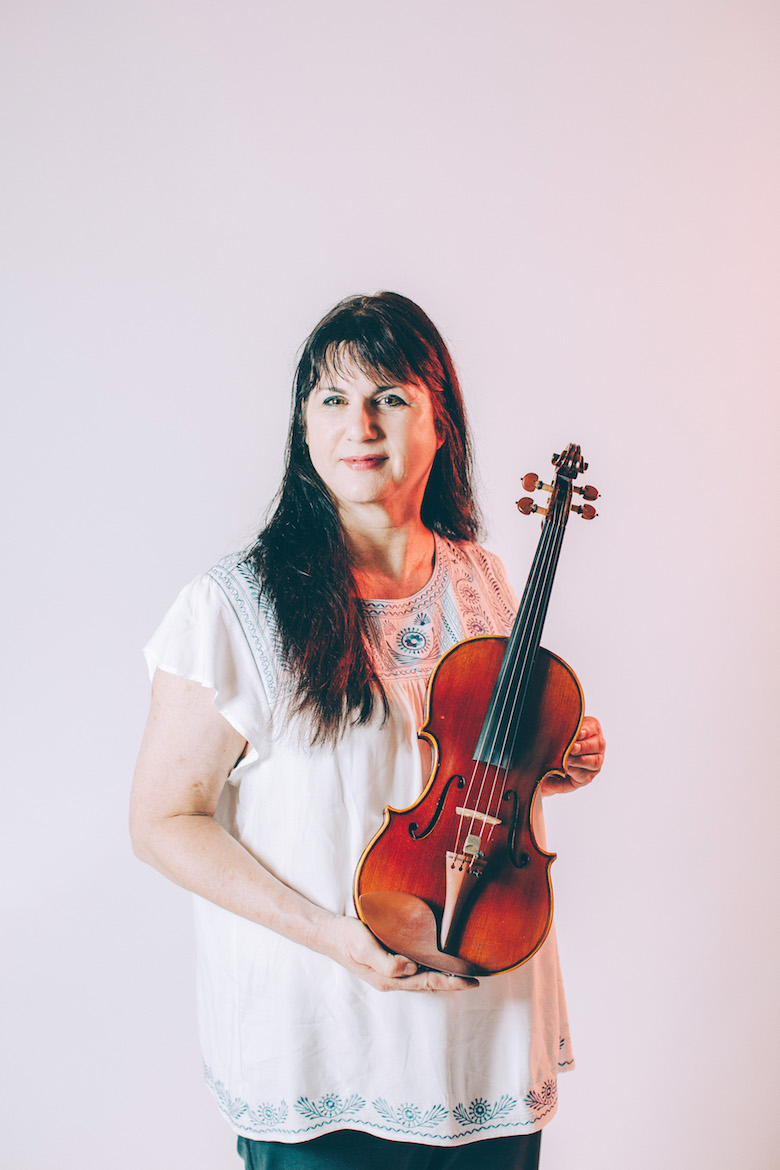 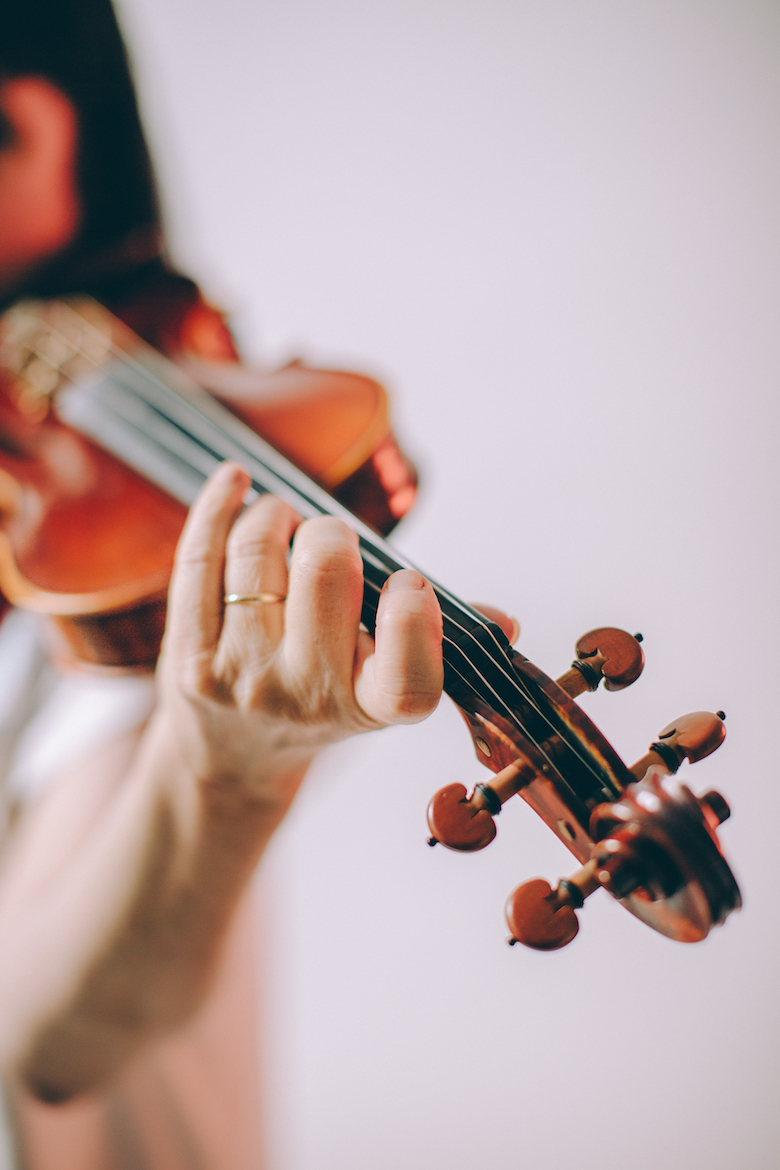 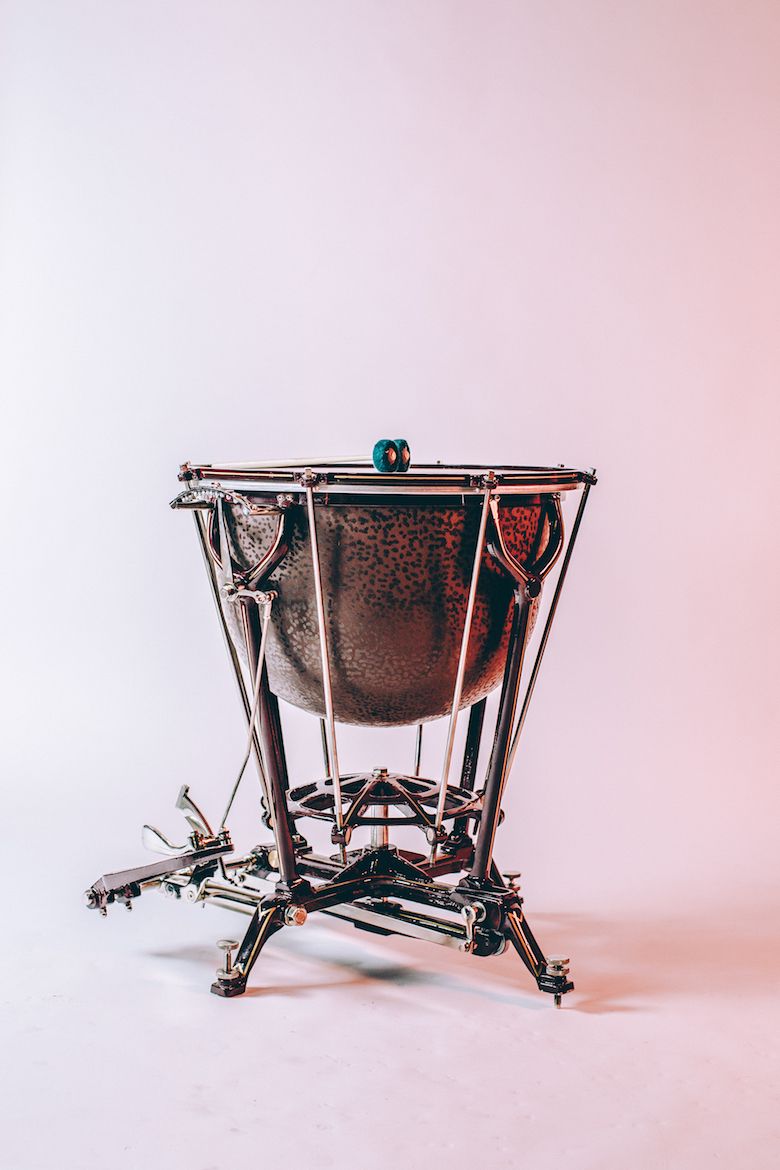 “My timpani set was made by Adams, a Holland-based company, and brought into the United States as a prototype. It’s based on the Dresdner Apparatebau, timpani made in Dresden, Germany in the early 1900s, but made with a modern system. It’s a different system; there’s a distinct sound produced by minor details. It’s like Ferrari versus Lamborghini: They’re both great cars, but they have their differences. The same goes for drums—there are varying tastes for different kinds of drummers. The features of this drum haven’t been used in a set in a couple hundred years, I’d say. And the details—they don’t make instruments like that these days. Today, for example, timpani bowls are usually machine pressed, but the copper bowls in this set are manually hammered. This model is called ‘Classic Vintage.’ I bought the original and, right now, it’s the only set in the country. Eventually, there will be more.” 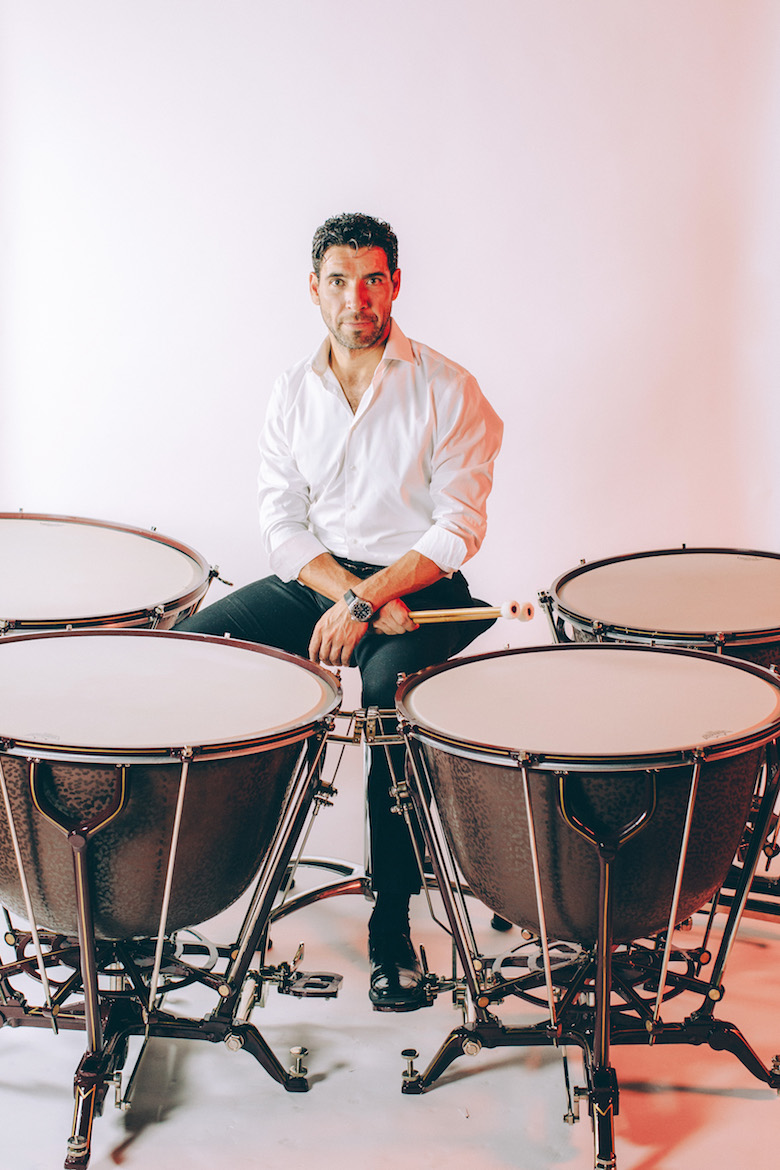 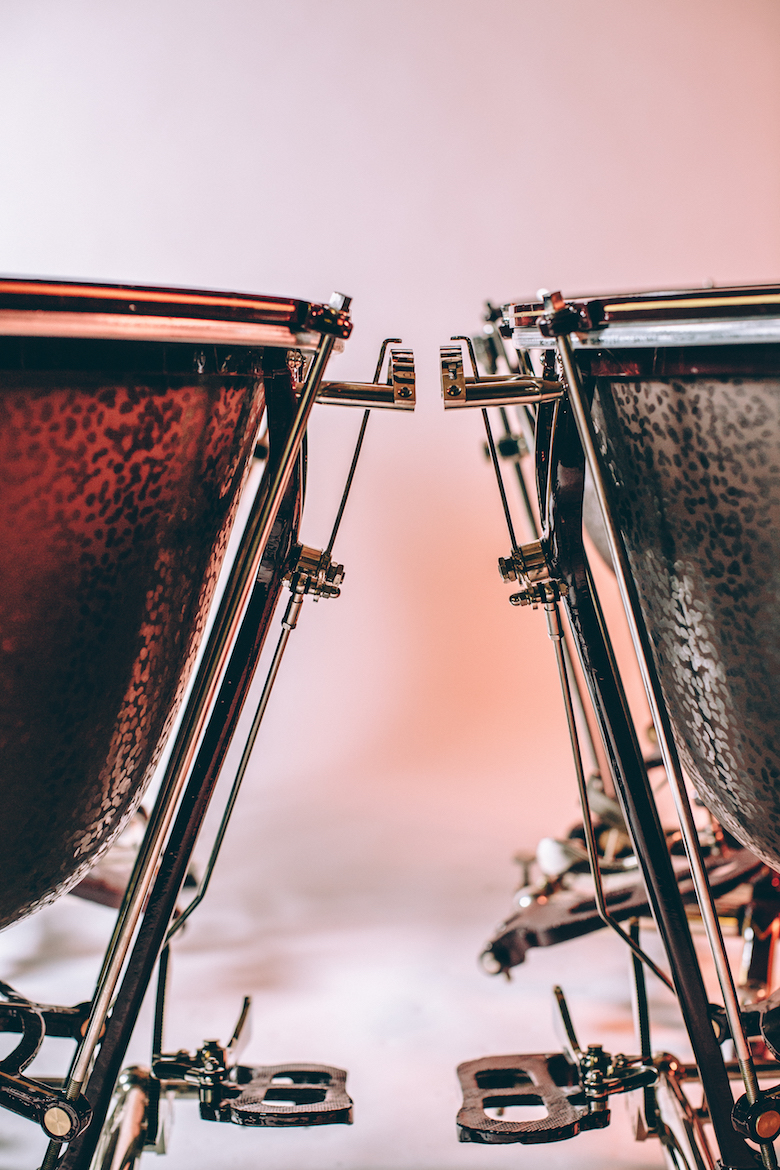 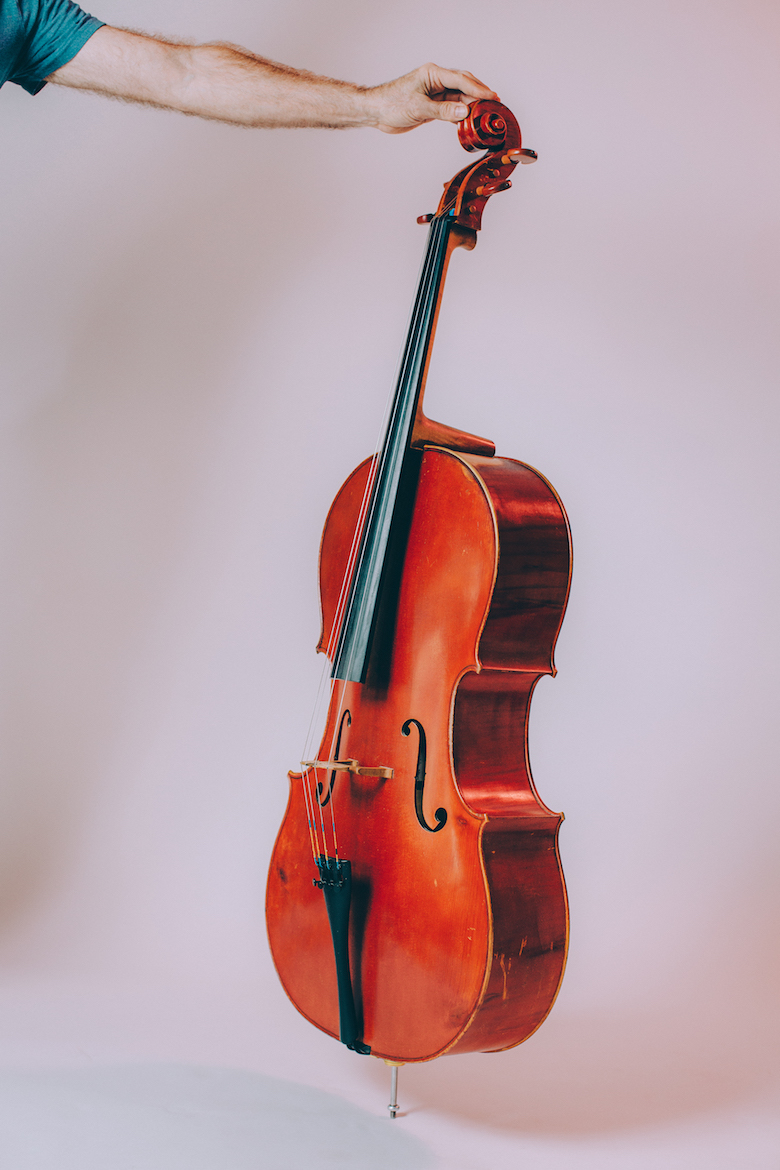 “I went to Boston years ago to visit my sister, who is also a musician. But I didn’t want to bring my cello because I would have to buy a plane ticket for it. So I borrowed a cello to play one day when we were together with some of her friends. They play in a string quartet together, on an amateur basis. I just remember touching the bow on the strings and saying “whoa.” I was very interested in it, but I was told it wasn’t for sale “because Yo-Yo Ma was trying it”—this group happened to be good friends with Yo-Yo. But even if he were to buy this one, they told me, he already owned one that was made for him by the same maker. So, of course I told them I was interested if he decided to sell. And so six weeks later I got a call. The other cello was available, and I was told to come get it. So I drove up to Boston, tried it for half an hour, and drove home with Yo-Yo Ma’s old cello.” 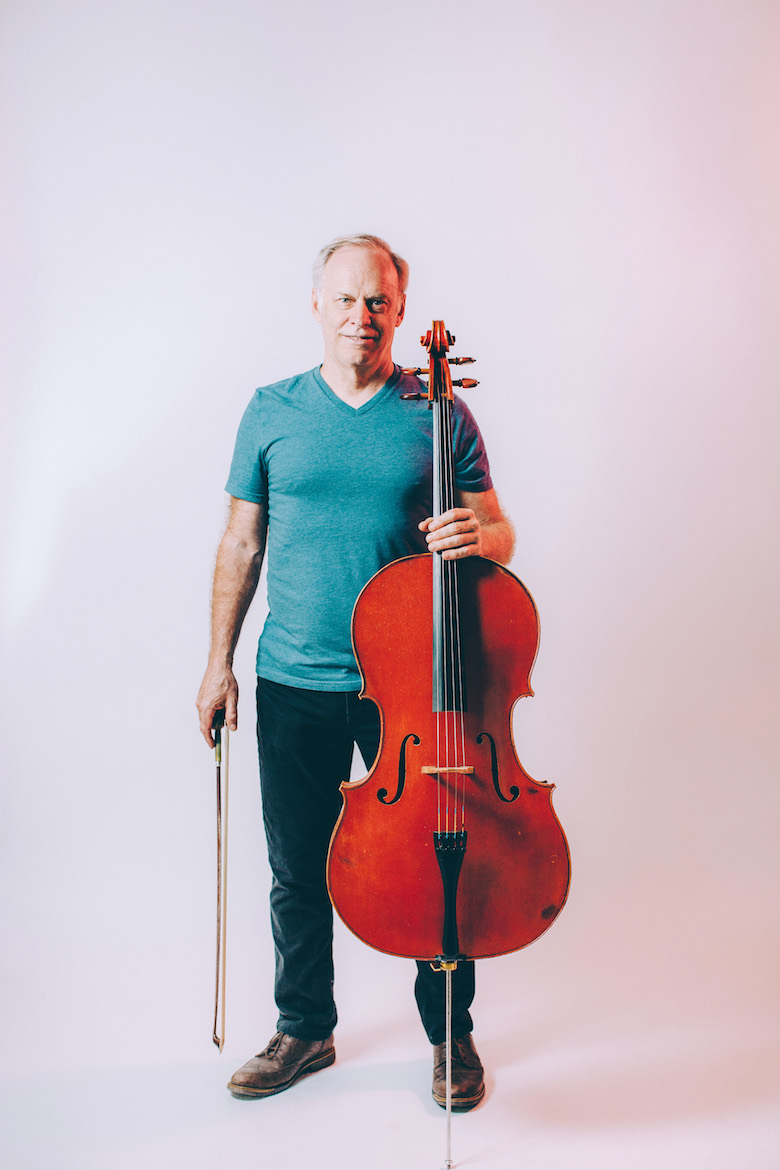 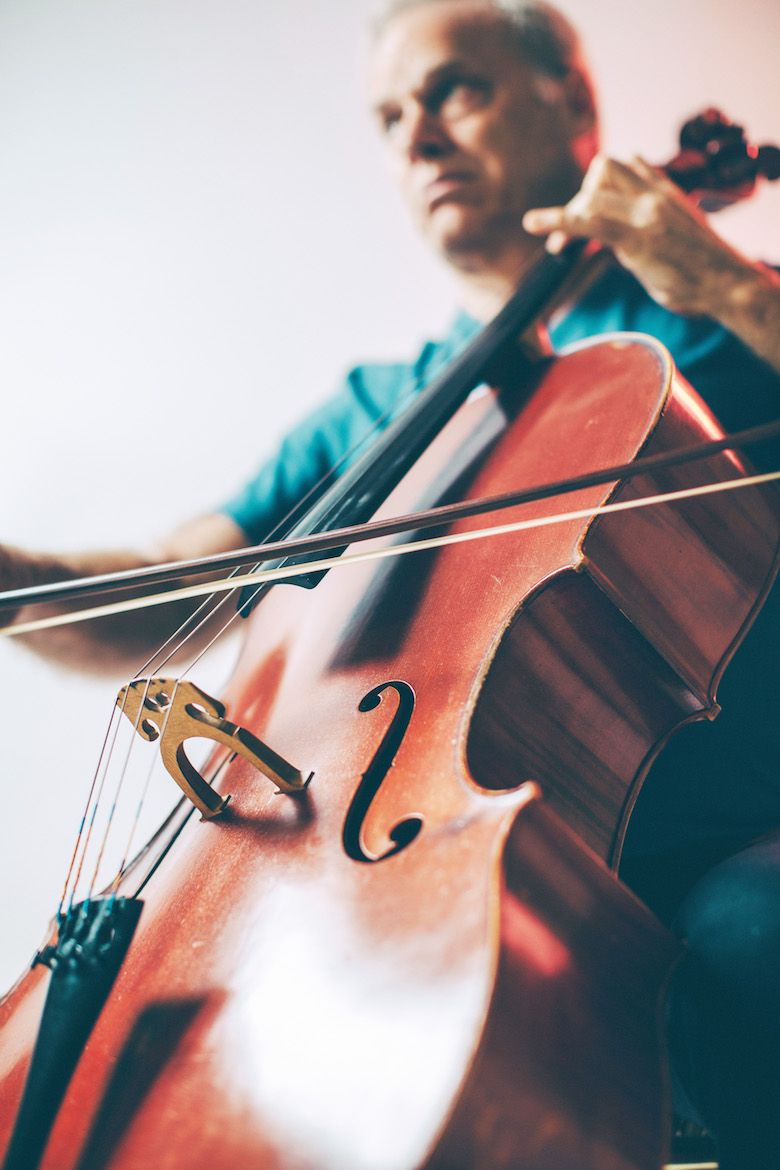 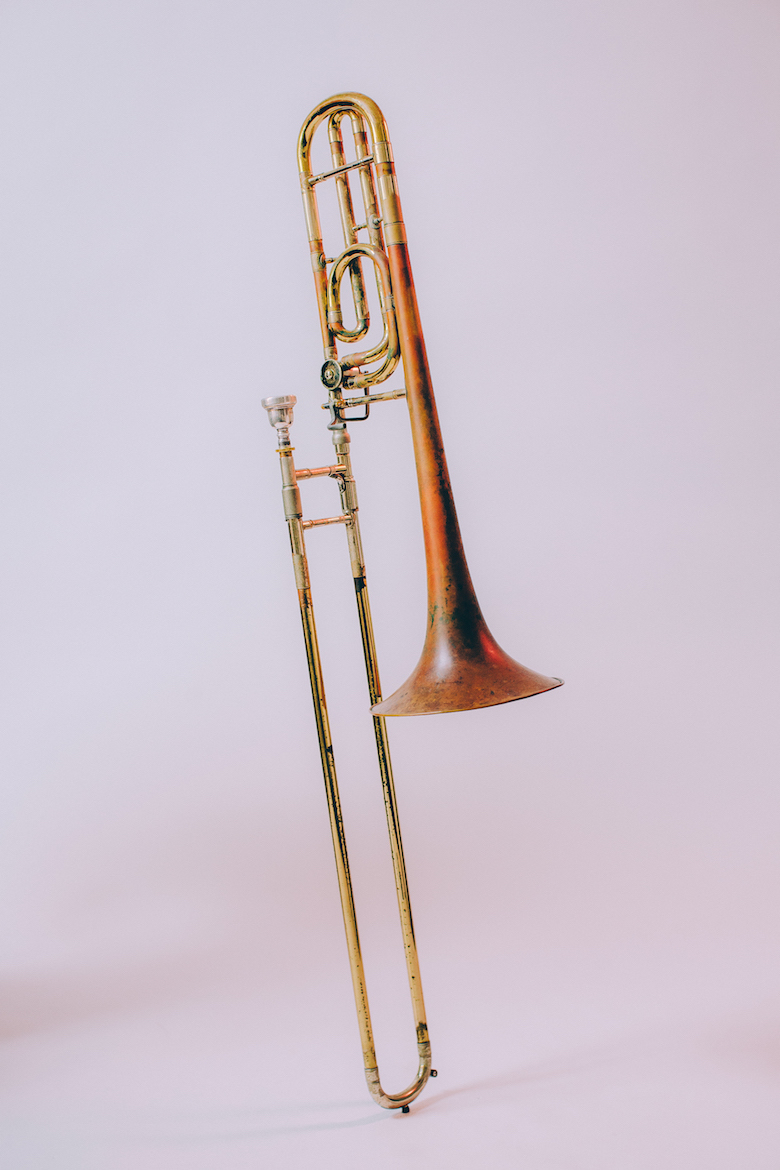 “My instrument is a Minick trombone. Larry David Minick was a tinkerer known for these incredible handmade brass instrument parts. He would take a standard trombone that was originally a Conn and transform it into something else entirely. He would rip the bell of the instrument right off and replace it with one he’d hand-beaten from a single sheet of metal, like mine. He would take out the leadpipe and make his own version of it. See, people believed that he entered the realm of genius when he was uninhibited—he was a drinker. And the proof that I have that he was uninhibited when he was replacing this leadpipe is the simplicity of his error. He’s pushed it together but it doesn’t go any further in because it’s too long. It doesn’t change the sound of the instrument at all, but it tells me he was drunk when he did it. Minick trombones are extremely rare now. You can’t find these instruments anymore, because Minick passed away years ago. Someone’s locked them up in an attic somewhere to keep them all pristine. I get it: They have such wonderful character. But the thing about the Minicks is that they play so beautifully. If you don’t play it then you’re kind of defeating the purpose of owning it. So I play this one, all the time.” 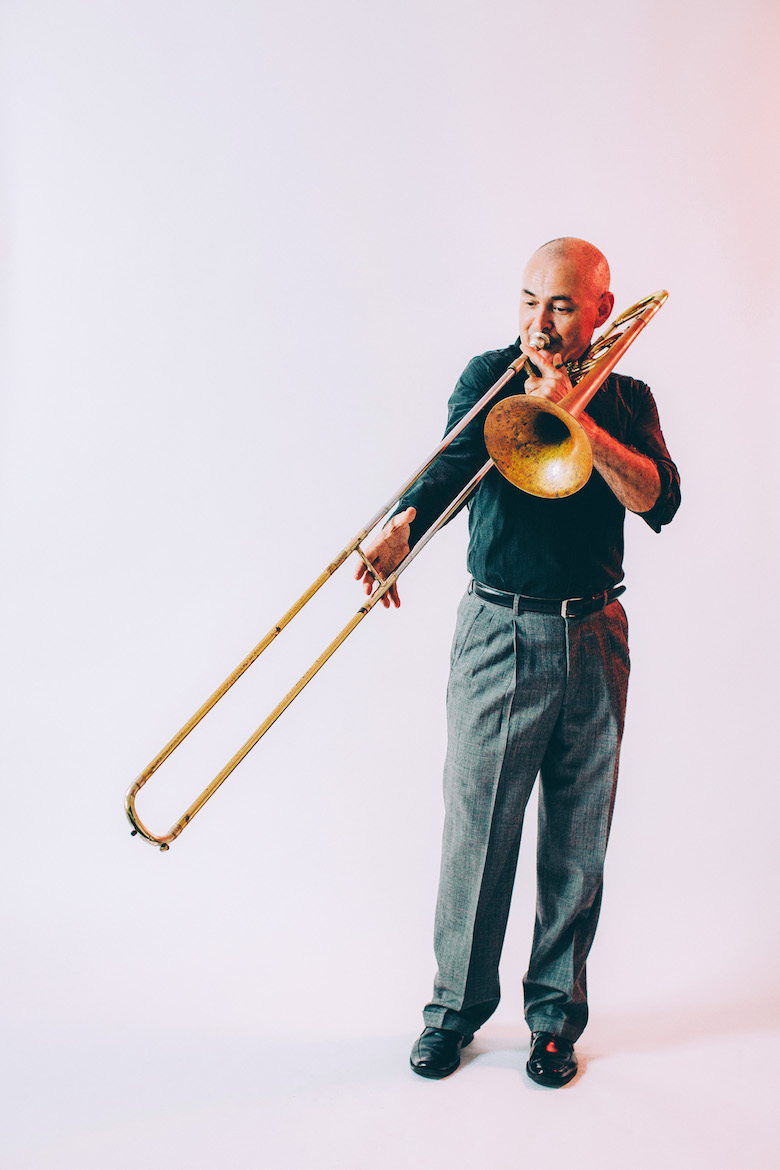 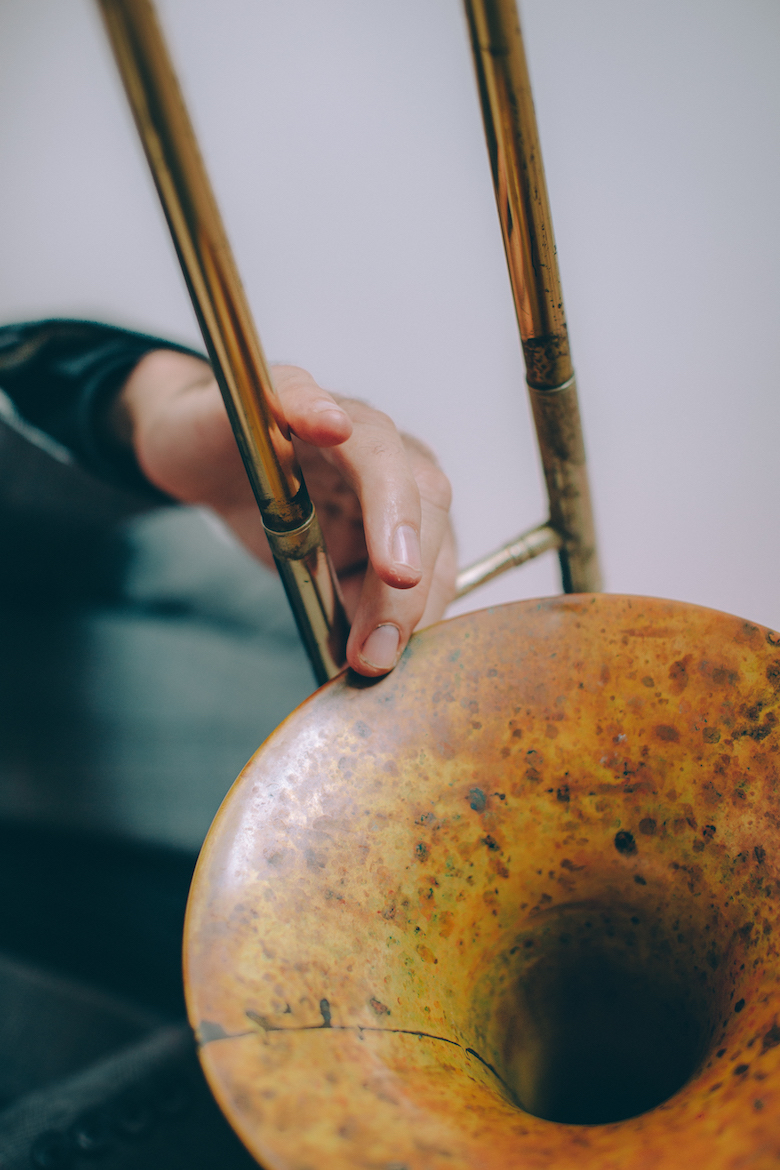