Ben Long is a master.

Fresco, the Italian for “fresh,” describes a painting technique done on a plastered wall or ceiling, a la Da Vinci’s Last Supper or Michelangelo’s work during the Renaissance.

But fresco painting dates even further back, as far as 2000 BC, when it was practiced by early artists across Rome, Egypt, India, and Greece.

It’s an incredibly time-consuming and meticulous process—not something, in other words, that you can dabble in. Frescoes remain a unique gem in the art world, a style truly reserved for the greats. 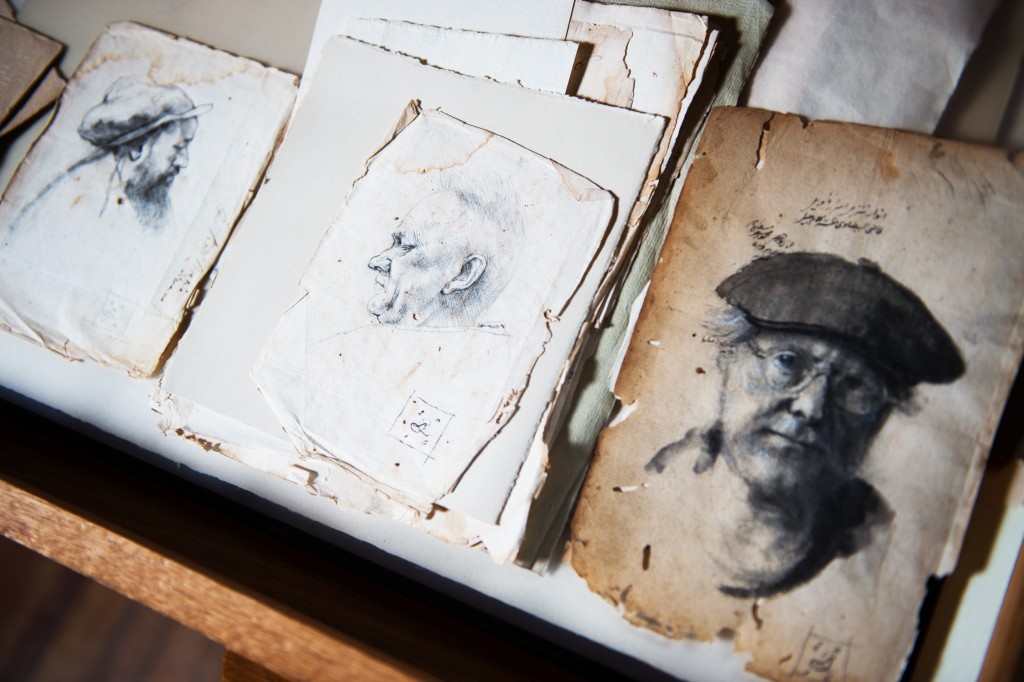 Asheville-based Ben Long, the grandson of McKendree Robbins Long—who was also a notable North Carolina artist—immersed himself in the study of fine art from a young age. Today, he stands as one of the preeminent American painters and one of very few doing fresco. A classical realist, Ben Long paints stunningly true-to-life portraits, figuratives, and landscapes in oil.

Born in Statesville, Long completed his undergraduate education at Chapel Hill before deciding to pursue art with real fervor by making the move to New York City.

Ben Long is deeply dedicated to his art—it is, he explains simply, his entire life.

I paint mainly because it’s a deep love.

“Growing up I would draw in my grandfather’s studio. I think my direction in life was fate. It was meant to be. As a left-hander, drawing became my strongest language. The world of art was a wonder. I saw the thrill of that as a boy and see it now, the same sweet light that I was always meant to pursue. To create a work of art is always a challenge. There is no level of passion that pursues the quest of the ever elusive beauty.”

After his move, Ben Long became a member of the Art Students League of New York. By 1969 however his focus was forced to shift—the war hit and Long chose to preempt the draft by enlisting in the Marine Corps.

He served just over two tours of duty in Vietnam as a Combat Officer. Interestingly, even during that time, his passion for art could not be quieted. During his last tour he served as Commander of the Combat Art Team, and many of the pieces he did during that time are now on display at the Smithsonian Institute in D.C.

When his tenure in Vietnam had ended, Long was ready to return to his art. He traveled to Florence to apprentice with internationally-renowned Maestro Pietro Annigoni, a man he had managed to connect with during his time in the Marines. To hone his craft, Long committed himself to Annigoni for nearly nine years and ended up residing in Florence for 15. 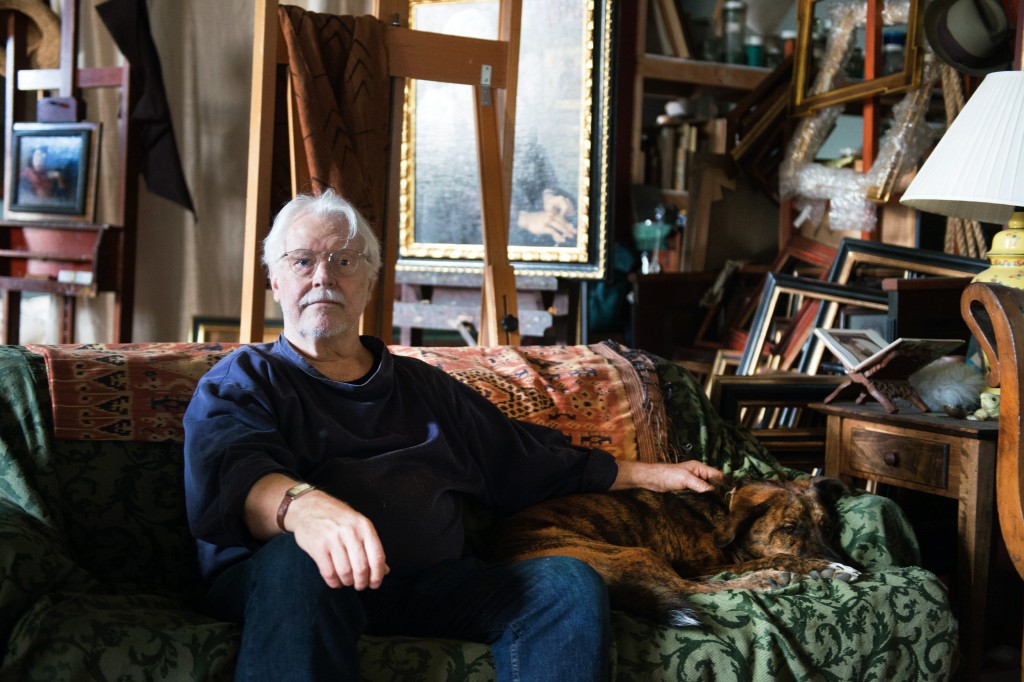 “During that time, I studied with [Annigoni] and stayed with him,” Long recalls. “He would observe things and then talk about it so you could catch on. But it was mainly the spirit of being in that kind of place where all the energy was so rich… I was just painting as I lived there, and I also assisted on my first fresco with Annigoni. I thought ‘wow, that’s something to think, that he could dream and create this. It was pretty inspiring to say the least.”

By 1984, Long had completed several frescoes in Italy, which led to several major fresco projects in the U.S., including Charlotte’s Bank of America—the largest secular fresco in the United States. He has seven other pieces total on display in the Queen City.

Long explains that his technique and his pursuit of his craft stems from a dedicated love he has of the classical masters: Rembrandt, Velazquez, Van Dyke, Van Eyck, and Leonardo, to name just a few.

He explains that while the actual painting of one of his frescoes doesn’t take terribly long, it’s the preparation that requires extensive commitment. He often paints for 12-hour stretches when working on a fresco. 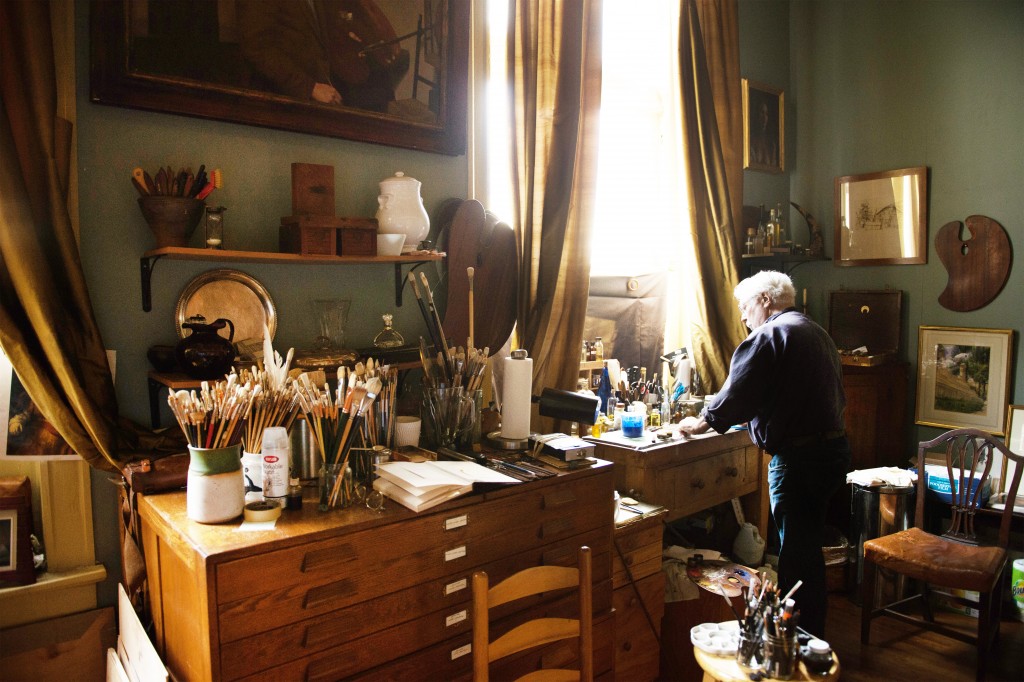 After his apprenticeship and time spent in Italy, Long lived in France for nearly another 15 years. Since then, he has continued to split his time between the States and Europe. His work and life remains prolific: he has works in the Royal Academy as well as the Royal Portrait Society of London and has exhibited across Florence, London, Paris, Atlanta, San Francisco, New York, and the Carolinas.

To see more of Long’s work, you can visit his website and view his work in Ann Long Gallery (no relation) in Charleston. The Queen City itself, graced with so many of his works, stands as a living exhibit of Long’s visionary art.