The Bradford farm is sacred. It could be full of Native American spirits with a fondness of porch rocking chairs. The ground’s been blessed, maybe, because of the God-fearing folk who’ve tilled it and revered it for generations. Somehow, these groves and fields are hallowed. Heir to the land and resident painter Elizabeth Bradford can feel it, and her art channels it.

Elizabeth’s half of the farm isn’t (strictly speaking) farmed anymore, and much of the green has reclaimed her plot on the outskirts of Davidson—a boon for Elizabeth and her massive, detailed studies of Southern wildernesses. Now a tree farm and wildlife haven, Elizabeth’s land serves as inspiration and as nourishment.

“I’ve gone afar in the past,” she reminisces, “but I always come back—I’m drawn to this place.”

A Huntersville native, Elizabeth was raised in town, but her childhood happened on the farm. Her grandparents lived off the land, and her upbringing was better for it. Starched and ironed sheets every night and homemade biscuits at each meal were just perks: The outdoors hid all the farm’s grandest secrets. The henhouse and barn offered their wonders, and the woods beckoned, promising still more. 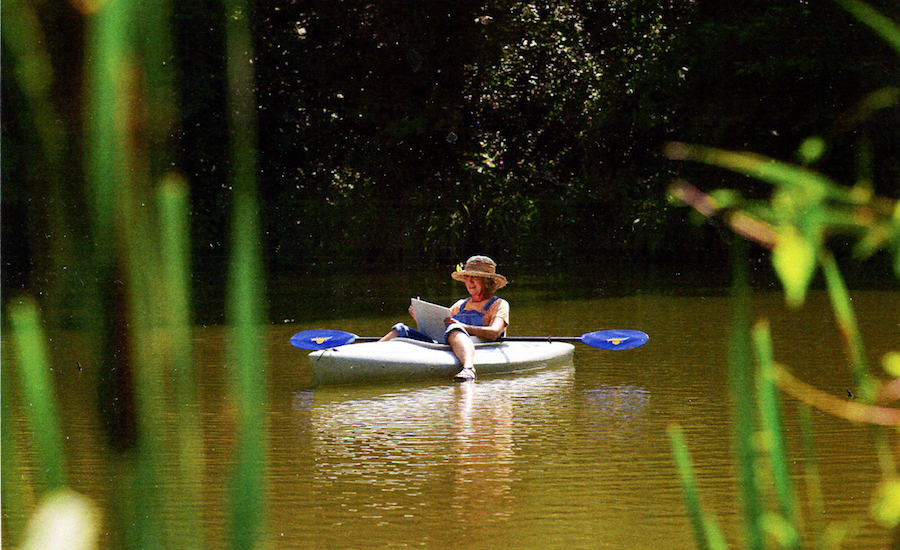 I felt that the world, the natural world around me, was my home.

The pastoral bliss of weekends with her grandparents was heightened by her mother, who taught Elizabeth how to really look at things around her.

“She was the kind of observant, visually sensitive person who points the little things out to you,” Elizabeth explains, “and I did the same with my own children: Look at this charred wood, or the drops of rain on this leaf.”

Arrayed together, those details are a painting, and this painter compiles them animatedly.

A seasoned artist, Elizabeth’s skill with acrylic is organic. Every stroke seems precise, but she makes them quickly and without hesitation, so that nothing in her work is still. Blue ridge pine needles are constructed of tiny, sharp lines; together, they’re little explosions of rich green. Even her creek pools are alive with movement, their cloudy, white reflections like dancing spectres of the trout hiding somewhere within them.

Painting is the perfect antidote to boredom. You can never, for one moment, say that you’re bored. There’s always work to be done, problems to solve… and when there are no problems, you make them.

Like her subjects, she refuses to stop moving and growing. She’s done plenty of traveling, but Elizabeth doesn’t need to leave the farm much these days. “The best food in the county” is just across the street at The Bradford Store, her brother’s local food reappropriation of the family’s 1912 general merchandise retailer. While he and his wife manage the store and their crops, Elizabeth can usually be found in the tranquility of her garden or her studio—one of the old Bradford barns, remodeled. When she does leave, she’s backpacking and camping all over the South, from the everglades up to Harper’s Creek. Elizabeth’s never with a lack for something to do, as long as there’s a world around her to be discovered.

When she was finally trapped within some cinderblock walls at a desk, it was just after her father’s death, and she was whiling away her days in his old office. Her remedy for that gray place, of course, was painting, but she doesn’t think of art as simple therapy.

“It’s just so close to the bone,” she stresses. “I couldn’t really segregate it from myself, or think of it as some bandage that I put on a hurt. Painting is the way I process grief… and the way I realize joy.”

In a stark, colorless place isolated from movement and life, Elizabeth rediscovered what color and shape and movement were to her.

It may have been there, confined within those walls, that she learned what had always made the family farm so elemental.

“I felt that the world, the natural world all around me, was my home,” she muses.

Whether she’s immortalizing a moment on the bank of the Edisto, building mountaintops with brushstrokes, or recreating her canopied backyard, she’s painting home.

The farm is just one part of her household, just one sanctuary, and it’s a sanctuary because she chose it. Elizabeth Bradford’s devotion to the out-of-doors gives these spaces their significance, their permanence. Her farm is sacred because she paints it. 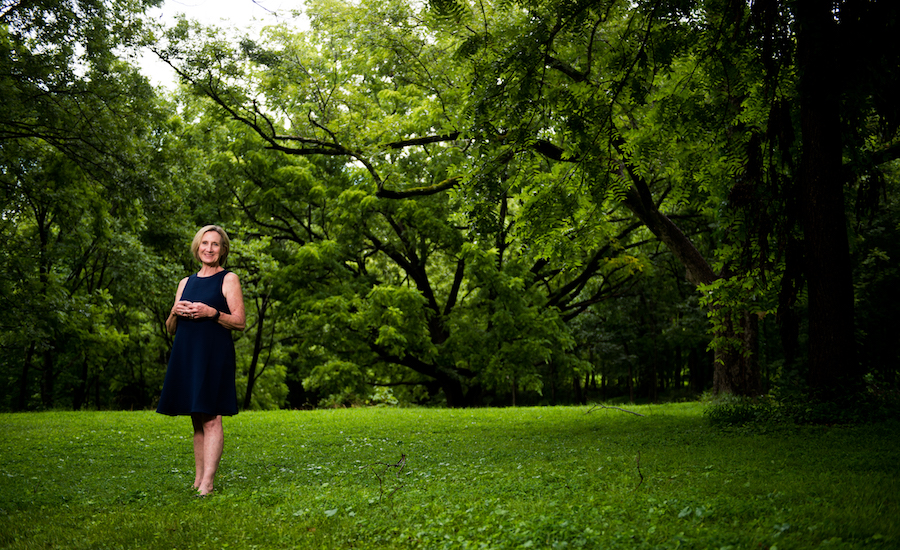