Asheville exists in the mountains without the usual checks and balances, and its people live, work, and create without limits.

Asheville native and author Charles Frazier once observed that folk in the Piedmont “didn’t know there was any North Carolina west of Asheville.” And he’s not wrong: Asheville seems a veritable Oz in the mountains, a progressive green place, ridged with blue, that’s always been a city removed from the rest of Carolina. “It was, in many ways,” Frazier intoned, “an isolated place.” Since its humble beginnings as Morristown, this last beacon of civilization in the west of the state has served as a refuge for a certain kind of North Carolinian: Asheville was and remains a place for people who think…differently. While a creative brand of thought has taken root there for nearly two hundred years, the city continues to attract distinctly independent thinkers. Droves of writers, artists, chefs, musicians, and builders have made pilgrimages to this Oasis of Otherness deep in the heart of Appalachia, never to be seen (outside the city) again. These creative types can’t seem to leave, because Asheville is so welcoming, and because the craft beer is just too damned good. It’s a place where ideas—and their people—go to thrive. 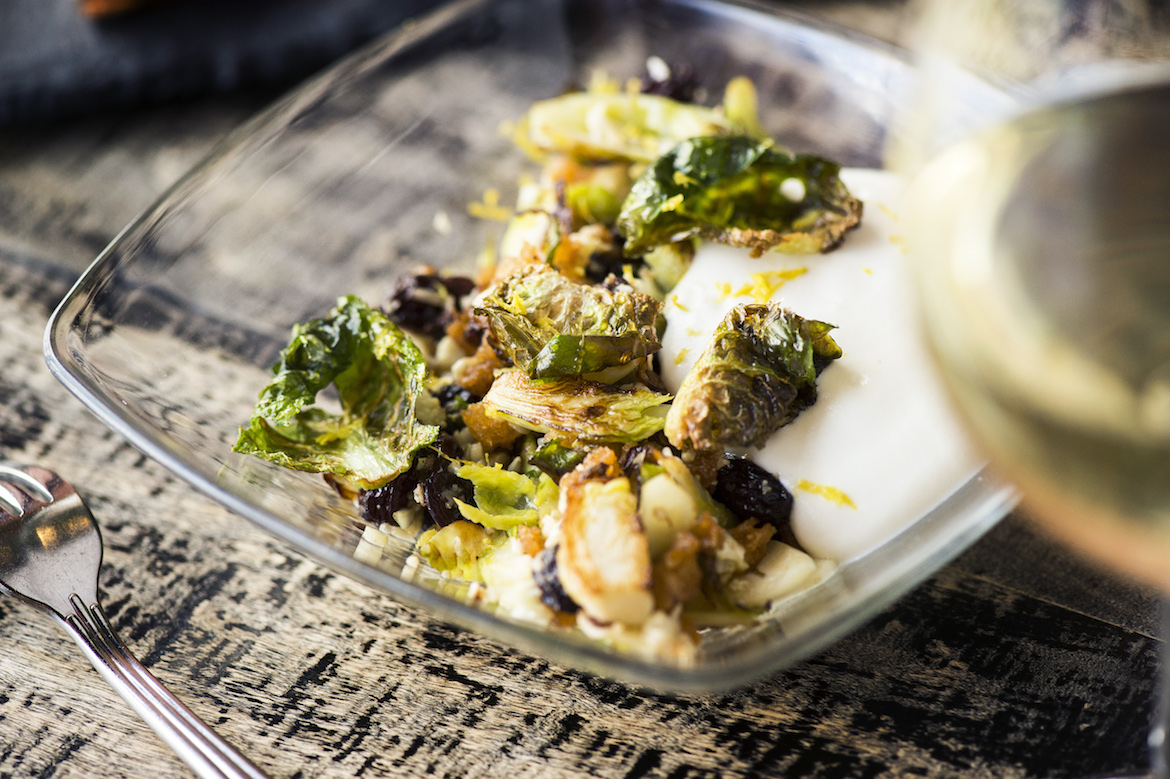 Nowadays, smart people visit this idea haven to eat those ideas. The farm-to-table movement elsewhere is but an echo of Asheville’s refined sense of organic and local. Here, the charred sunchokes on your wood roasted rai 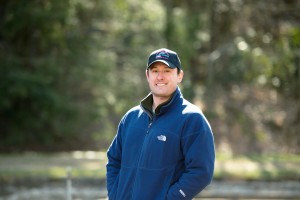 nbow trout were probably grown in the chef’s backyard. That fish—which, yes, is the most tender thing to dissolve on your tongue in years—incidentally found its way down the road from local family-grown Sunburst Trout Farms. Like any foodie paradise, Asheville boldly makes the case that good food begins with great people. Biomedical engineering student Katie Button found a way out of her university laboratories in Paris into a different, but no less methodical place of study: the Spanish tapas kitchen. After several chefing ventures throughout the northeast, she’s found herself presiding over the kitchen at Cúrate. This modern, open-kitchen tapas bar, built into a former 1927 bus depot, rests in the heart of historic downtown Asheville. When she’s not whiling away her time serving the best selection of sherry and the choicest olive oil in the state, she’s classing up the small plates at Nightbell, a new restau 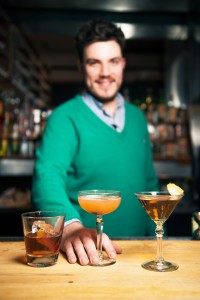 Those in the mood for another one-two combo will likely find themselves fluctuating between New American restaurant Table and its upstairs cocktail den, The Imperial Life Bar. Seeking out the freedom of the Asheville food scene after a stint in the New York one, the whimsical Chef Jacob Sessoms opened Table in 2005. Just down the street is Rhubarb, a new farm-to-table bar and eatery headed up by Winston Salem native John Fleer. Chef Fleer discovered a love for fine cuisine in Europe, but he hasn’t forgotten how we eat in the South: Rhubarb serves up a weekly family-style Sunday supper, complete with three courses, to any families looking to “chat and chew” together at the restaurant’s communal tables. Everyone will tell you to check out All Souls Pizza, and you should, if only for the brick oven-baked ham and egg pie that had us reeling. Down the hill from there, and practically on the bank of the French Broad, is The Bull and Beggar, a two-story warehouse that’s dying to be cool-because-it’s-hidden. And it is cool because it’s hidden. Asheville’s full of these pseudo-secret, “you have to know where it is to find it” gathering spots. That’s part of the fun of discovering the city: It likes to play coy. 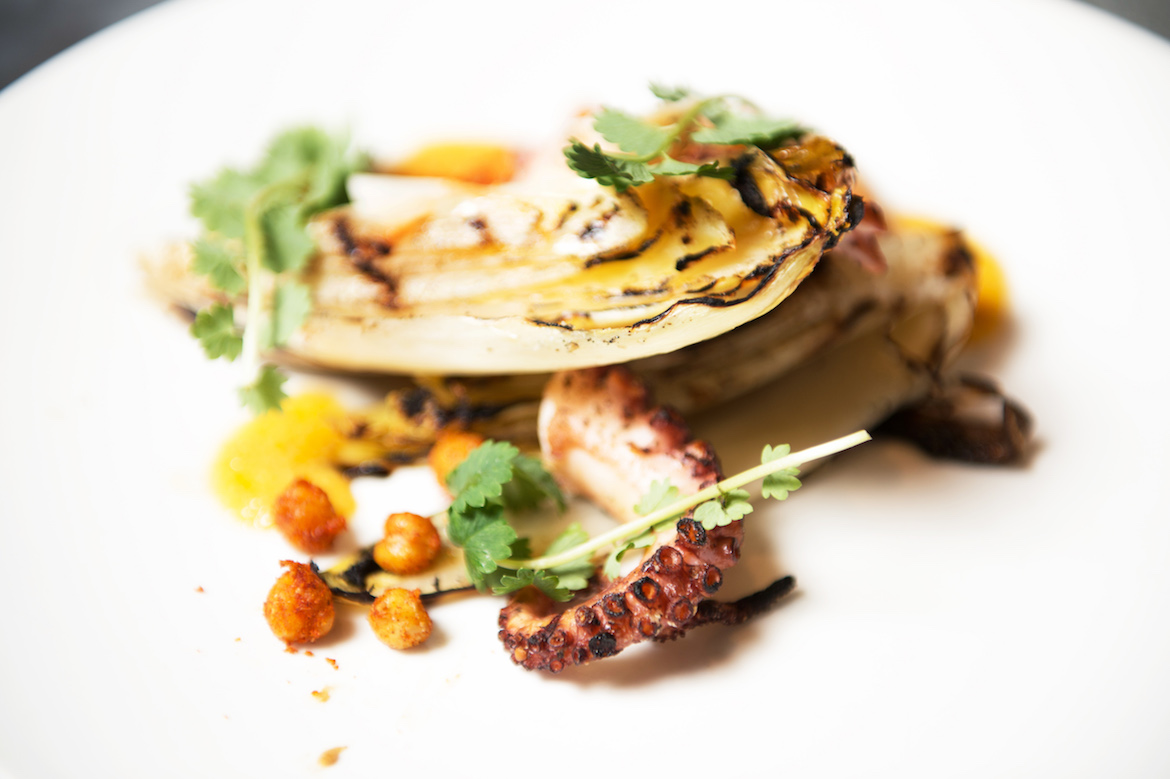 So how does one find all the right places? You make friends — you have to, because people will insist upon it, and because the locals know about the best mountain sceneries. The smart parkway drivers won’t miss the Pisgah National Forest region’s more natural offerings, like Looking Glass Falls and the requisite Blue Ridge Parkway overlooks, but the best Asheville views are hidden closer into the city. A spot east of the city known as “The Cut,” in the evening, grants a brilliance of and pinks and yellows and purples through the buildings. One of the most breathtaking sights from within Asheville is right off the Omni Grove Park Inn’s back porch; that peak in the distance is called Sunset Mountain for a reason. This sunset vantage is terribly convenient, considering that the historic Grove Park is, along with The Grand Bohemian Hotel and the Inn on Biltmore Estate, one the best places to turn in after a day of poignant sights and even more poignant drinks. 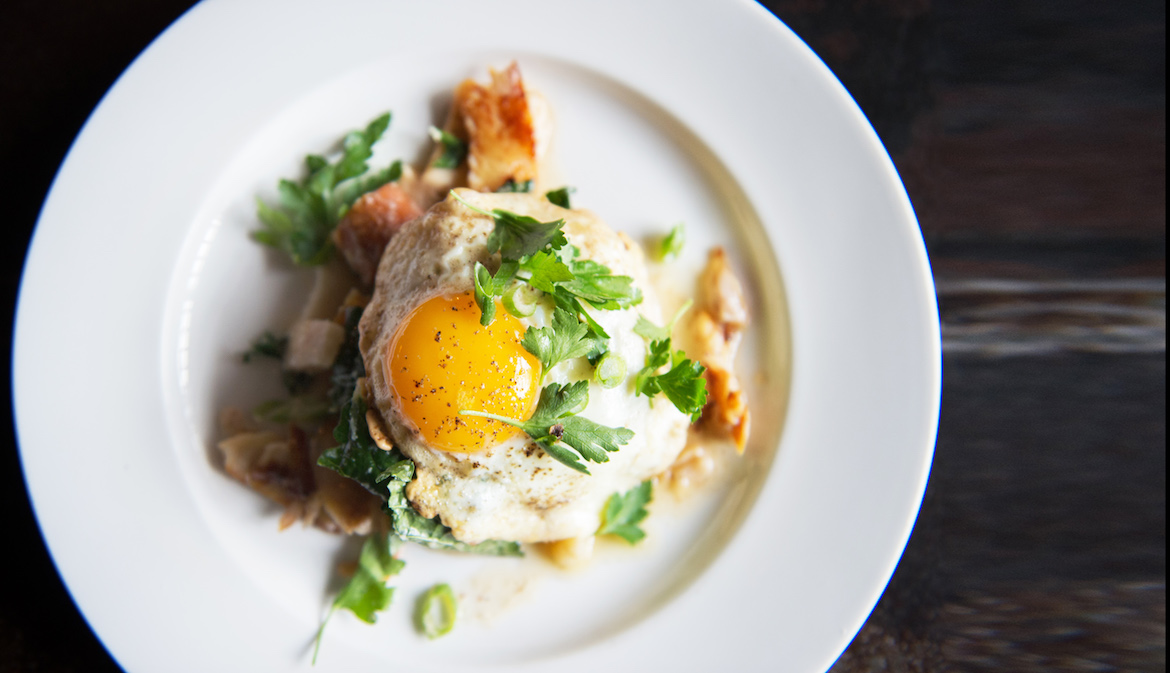 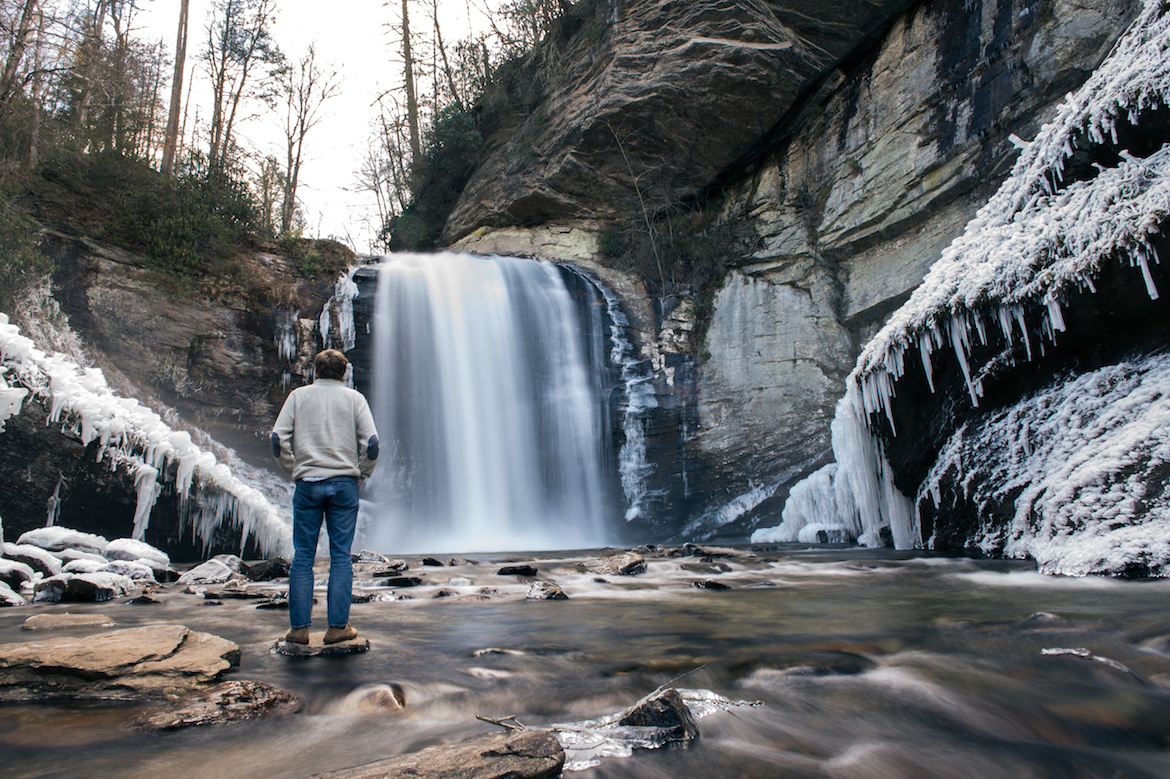 And yes, those punchy cocktails are crafted to be affecting. The Imperial Life Bar’s colorful concoctions seem to have their own ambiance, even without the wrap-around windows and downtown view. The variable selection of absinthe, wine, and alcoholic body-warmers at restaurant-lounges like The Admiral and The Bull and Beggar makes for a nice and variable even 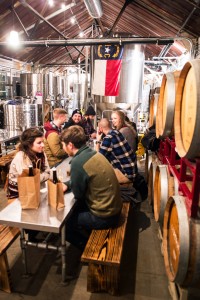 ing. But Asheville isn’t the “cocktail capital” of the Carolinas. The real purpose of an Asheville tour is the beer, and this city’s got more than a few choices. Highland Gaelic, The Wedge, Burial, Green Man, Twin Leaf, and Hi-Wire are all within a few minutes of one another: It’s a special kind of providence that the best damn selection of craft beer in this part of the country is in such a walkable city. Tasting rooms vary in size from great wooden fellowship halls to cozy coffeeshop-sized bars with just enough standing room to be charming, and the beers range from some of the most popular in the country to many that don’t even come in bottles yet. The collection of strange citrusy IPAs and and the stranger vegetable lagers are good for bolstering your table tennis and shuffleboard skills in the bigger brewpubs, while improving your conversational abilities in the smaller ones. Don’t forget — a short drive up to the east coast seat of the original American craft beer is a necessity. Sierra Nevada’s brewery is a castle of brew tank spires and steam. This fortress opens its doors at 11 in the morning on most days. Go for the brewery tour, stay for the beer and weekend events out back. The spectrum of dark, frothy stouts, dry-hopping pale ales, liquid gold lagers, and weighty, black-as-night porters in this city is unparalleled in the southeast. Asheville’s brewing ventures aren’t an influence on Carolina beer; they are Carolina beer. 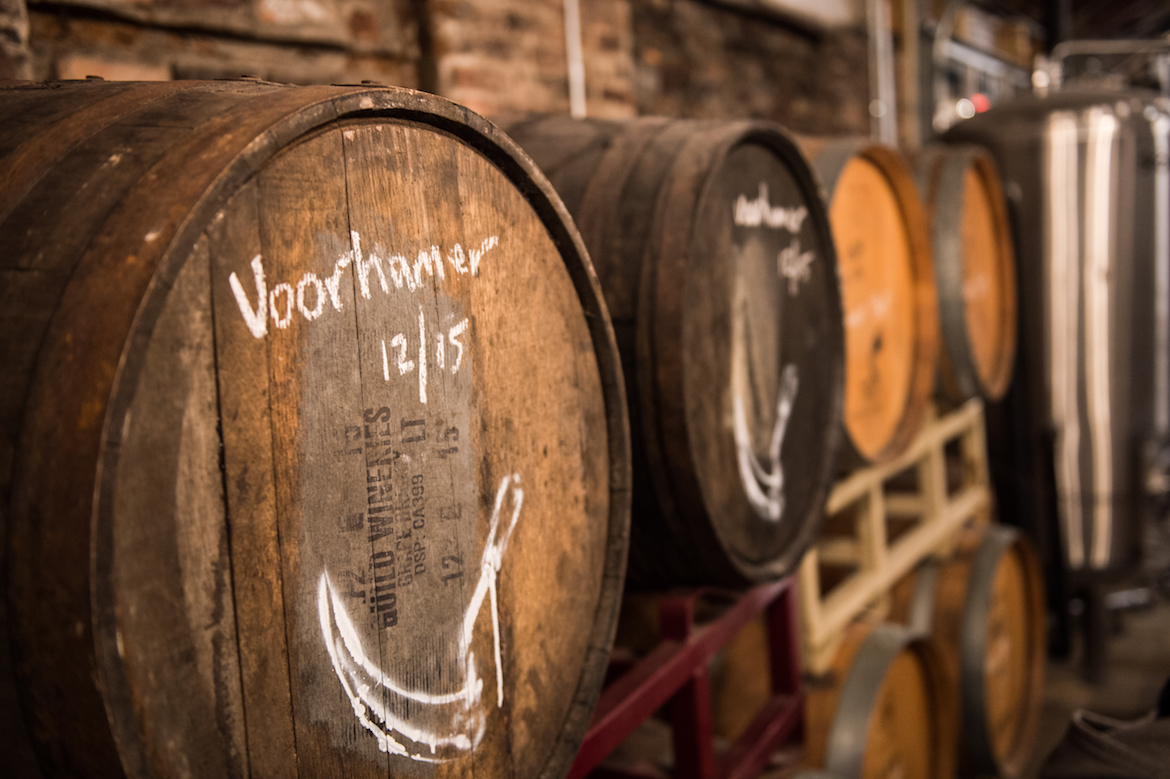 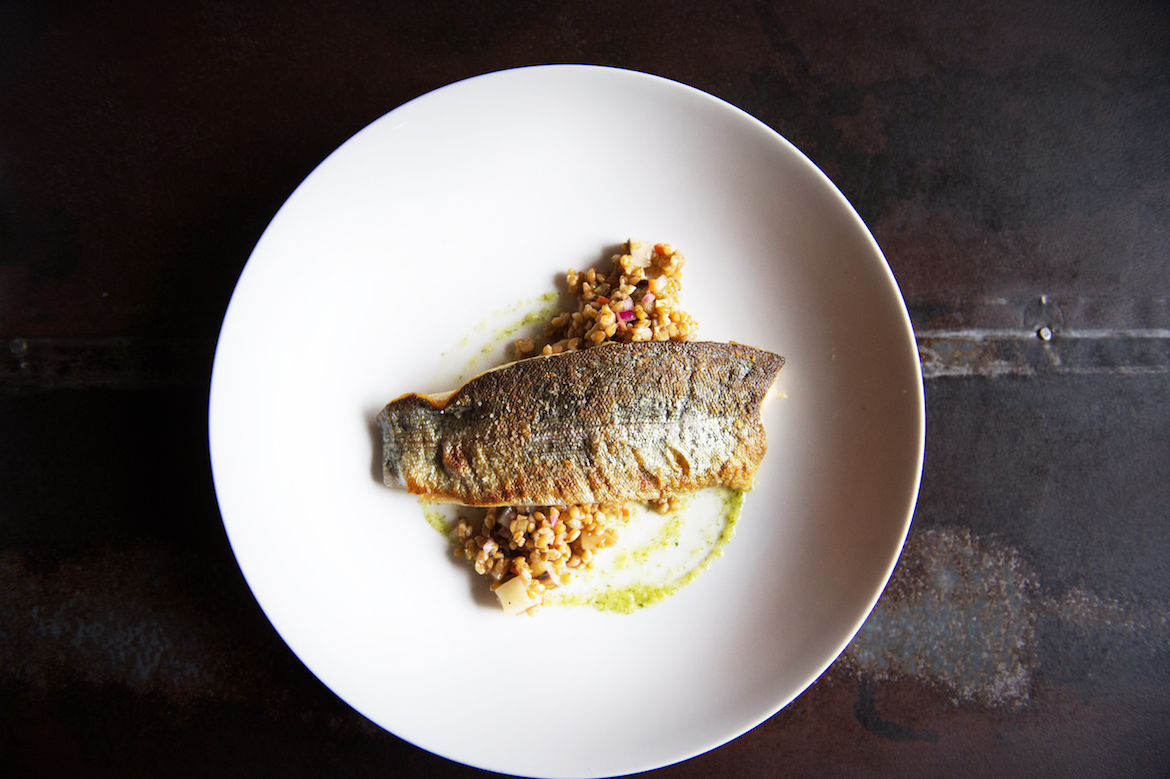 Asheville isn’t all food and beer and scenery, though. There’s a wealth of things to see and do, and little of it will force you to displace your own wealth. Some of the most enlightened fashion designers in the Southeast have found their niche in these mountains, and the local booksellers are probably more successful than any in the state. Ashe 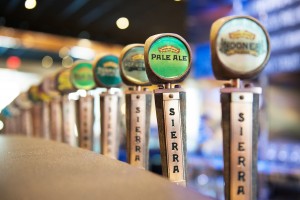 ville’s many shops don’t just sell things: With an aggressively neighbor-like welcome and fresh coffee and tea, they court their visitors. The coffee’s as exceptional as you’d expect in a liberal arts college town of this magnitude: The Green Sage cafe may catch your eye because of the solar panels on its roof, but you’ll concern yourself with a different, dark-roasted energy inside. You may even encounter the next big indie folk musician if you hang around long enough, or you’ll finish that national bestseller you’ve been working on — seriously, artistic inspiration (and acclaim) is a contagion in this town. Legendary French painter Henrí Matisse’s great-great-grandson Alex lives just over the hills at his East Fork Pottery compound. Alex, together with his partner John Vigeland and their apprentices, make up the East Fork Guild, in an artist’s hideaway that’d have Thoreau and Emerson swooning. Looming over all the 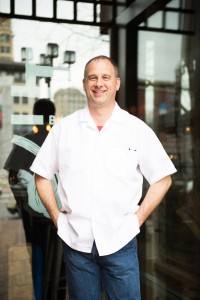 proceedings of any Asheville vacation, of course, is one of the nation’s more impressive architectural feats and the largest privately owned house in the country, Biltmore Estate. Constructed by George Washington Vanderbilt II in 1895, this Chateauesque mansion needs little introduction. See it in springtime, when the gardens are at their pollinating pinnacle, to glimpse Asheville’s exclusive brand of artistic divinity. Then collide the pristine estate’s yin with the yang of the Land Rover Driving Experience on your way out.

The existence of these discordant experiences on the same plot of land is just one of many testaments to a distinctly Ashevillian unpredictability. The moment you’ve got it all figured out, the city faces you down with something entirely unprecedented. Asheville’s sense of itself is like a good work of abstract art — not deliberate, not random, but something in between. What, at first glance, seems a patchwork of directionless ingenuity is really a controlled chaos: It’s a place where creativity has been quarantined. Inspiration and sheer talent, like the city’s great beer, have been allowed to ferment. It is, in many ways, an isolated place, and that’s what makes it so intoxicating. 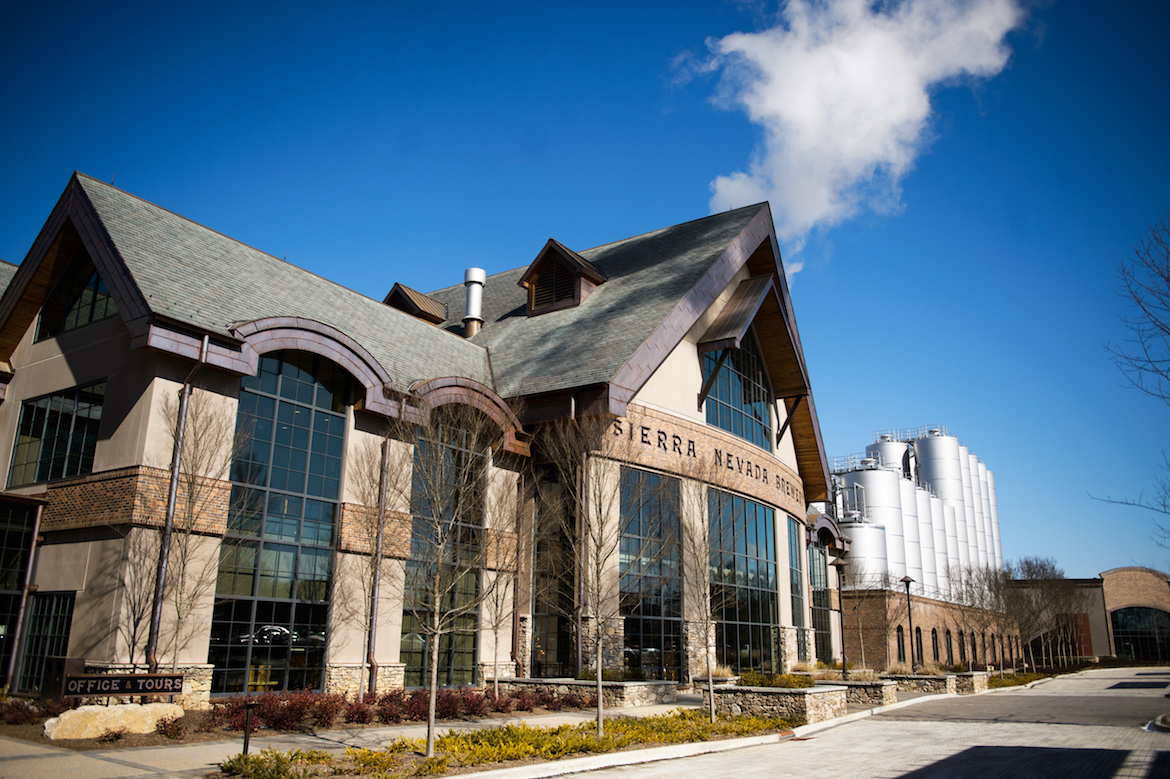