When you walk the brick-lined Main Street of Davidson, NC, a classically quaint college town 30 minutes north of uptown, youll come across 131 N. Main Street. The brick building is nestled right amongst the others but inside, Katy and Joe Kindred, two well-seasoned restaurateurs and foodies with a wealth of industry experience between them, are making magic happen.

Katy and Joe opened Kindred in February of 2015 after years of dreaming about owning their own space. Today, the restored building that sat empty for several years has been transformed into a bright, inviting two story eatery dotted with carefully selected detail: exposed brick, an original tin ceiling, a white marble bar, gold accents. Indoors, about 80 people can dine between the two levels, and the outside patio houses up to 65 guests. The Kindred’s preserved many aspects of the space’s unique history, keeping their aesthetic modern but still classic. 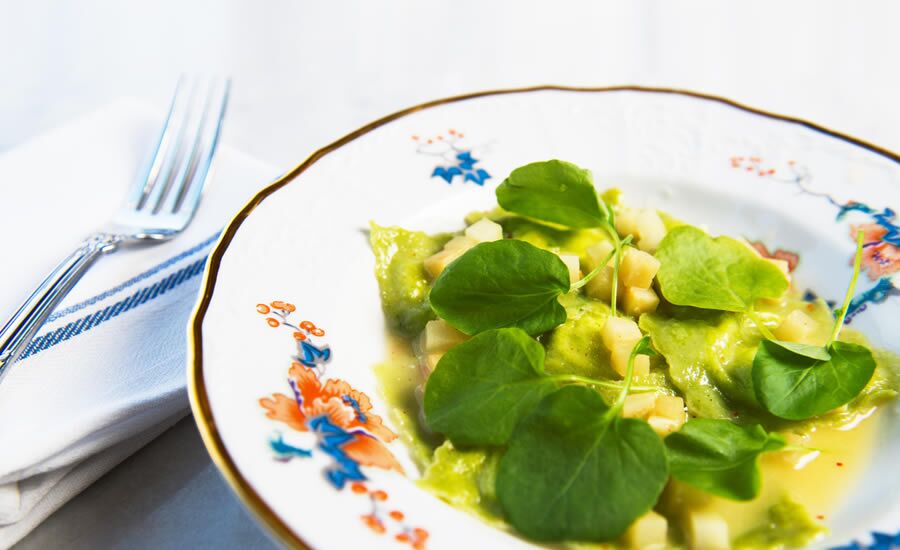 131 N. Main Street dates back to 1914. It was once Davidsons town pharmacy, then at varying times a museum and a college bookstore. It underwent its latest mark on history as soon as the husband and wife pair came across it.

When I walked into this building, it was one of those things where I just felt it,” Katy says. “I could see where everything was going to be and how it would all work, and I had never gotten that feeling before. Everything collided at the perfect moment for us.

Joe, executive chef, runs the kitchen and its staff, and Katy, who led all the design and branding, is a certified sommelier who heads all the front of house service. They walk to work each day, often bringing their young children in for a few hours too to grab a bite, and dive right in to creating an atmosphere that meets their high standards.

To me the food is a very personal thing because it’s our story told in a menu.

Katy and Joe say they spend countless hours coming up with Kindred’s menu, which changes at least a small amount nearly daily. The cuisine is seasonally-inspired with plenty of locally-sourced ingredients from area foragers and farmers. Dishes range from the more familiar to the innovative and exotic (wild mushroom tartine and cotechino) and each table begins the meal with salted freshly baked milk bread. The food is paired with their selections of beers, an extensive wine list, and modern twists on classic cocktails.

“To me the food is a very personal thing because it’s our story told in a menu,” Katy says. “When we sit and talk about the menu, we’re recalling all the times that we’ve traveled together or eaten together. All those influences are in each dish.” 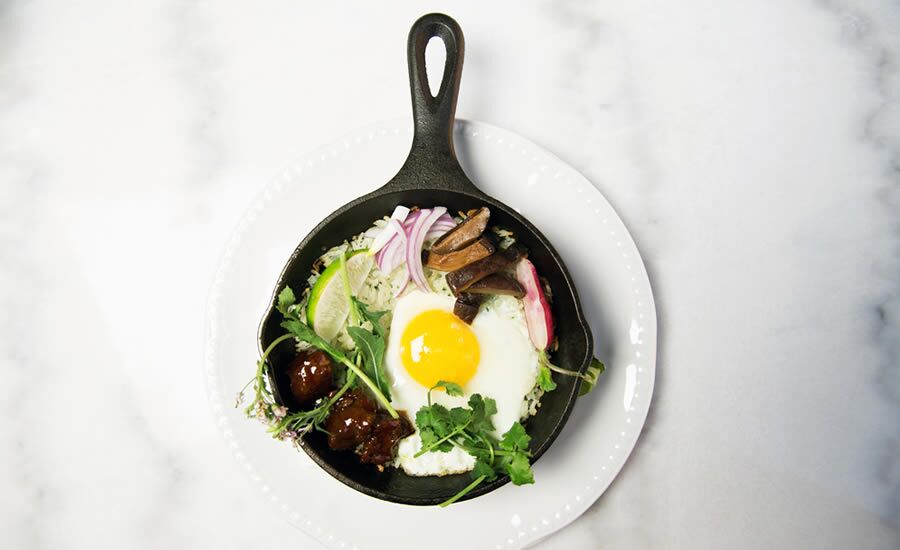 Both have been in the restaurant business their entire lives in one form or another. The story of Kindred’s birth began at the moment of the pair’s meeting. Even before the two married, they playfully bantered around the idea of a joint venture.

“Ten years ago we talked about how we would make such a great team that we should open a restaurant and call it Kindred,” Katy laughs. It seemed like such a pipe dream at the time that it’s kind of crazy now that it actually did come to fruition.”

Like anyone when the type of kismet occurs to turn a lifelong dream into tangible reality, she still seems a little unable to believe the restaurant is in fact actualized, but those who know of the pair also know their extensive industry careers and visionary style. If anyone’s likely to pull off a successful restaurant venture, who better than the Kindred’s?

Before Kindred’s inception, Katy and Joe worked their ways through a diverse pool of chefs and equally diverse restaurants, both nationally and abroad. They lived together in Chicago and San Francisco, where they threw themselves into the food scenes. All the while, the duo picked up tips and tricks of the trade, filing them away for the future and always tweaking the idea of their still-only-imaginary restaurant.

San Francisco in particular left its mark on Kindred’s inception. Joe and Katy say they fell in love with the city’s style of dining, where everything is done with care but remains informal. 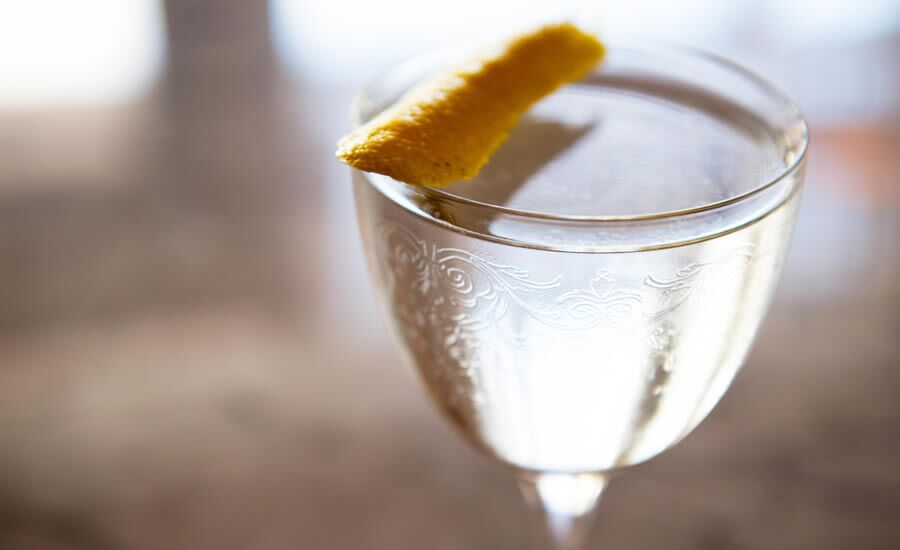 It was in that spirit that they created Kindred’s aesthetic: attention to detail, careful sourcing and the highest-quality menu, but a still casual, open vibe. More than anything, Katy and Joe say they want people to know that Kindred is a mom-and-pop operation, the type of neighborhood spot where you can come after work and sit at the bar for lunch or bring a big group of friends to share several dinner dishes and a few bottles of wine.

Before moving to Davidson, where Joe had close ties (he grew up in Cornelius and had his first restaurant job ever in the Davidson-adjacent town), the pair lived in Charlotte.

There they both worked for Jim Noble’s Restaurant Group.

Joe Kindred learned cooking at an early age; he names some of his earliest influences as coming from the variety of flavors and tastes that his world-traveling grandfather exposed him to.

He was named Chef of the Year by Charlotte Magazine in 2013 and credits his time at Rooster’s under Chef Jim Noble with the ability to now lead his own kitchen so well.
His motto for the success of Davidsons newest restaurant  is simple and straightforward: “We treat everyone who works at and comes to Kindred like they’re family.” 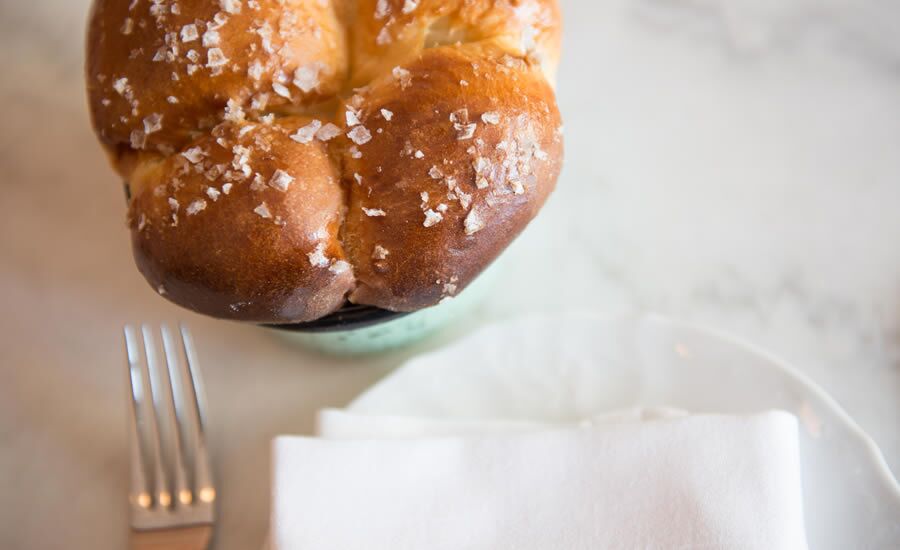