Prohibition of alcoholic beverages, that most dire of American eras, fostered the most secluded of drinking spots. The “speakeasy” was so called because its existence had to be discussed softly, quietly, and rarely in public, so as not to alert neighbors or the authorities. These havens were secrets, not to be discussed, but their lavish exclusivity begged to be talked about. The speakeasy concept seemingly died with the 21st Amendment, but The Cellar, hidden beneath Rob Duckworth’s newest in a line of taphouses, is resurrecting the secret-but-ostentatious, underground cocktail bar right here in the Queen City. At the head of this rebirth is Head Mixologist Ron Oleksa, a man whose cocktail mastery also desperately needs to be talked about. 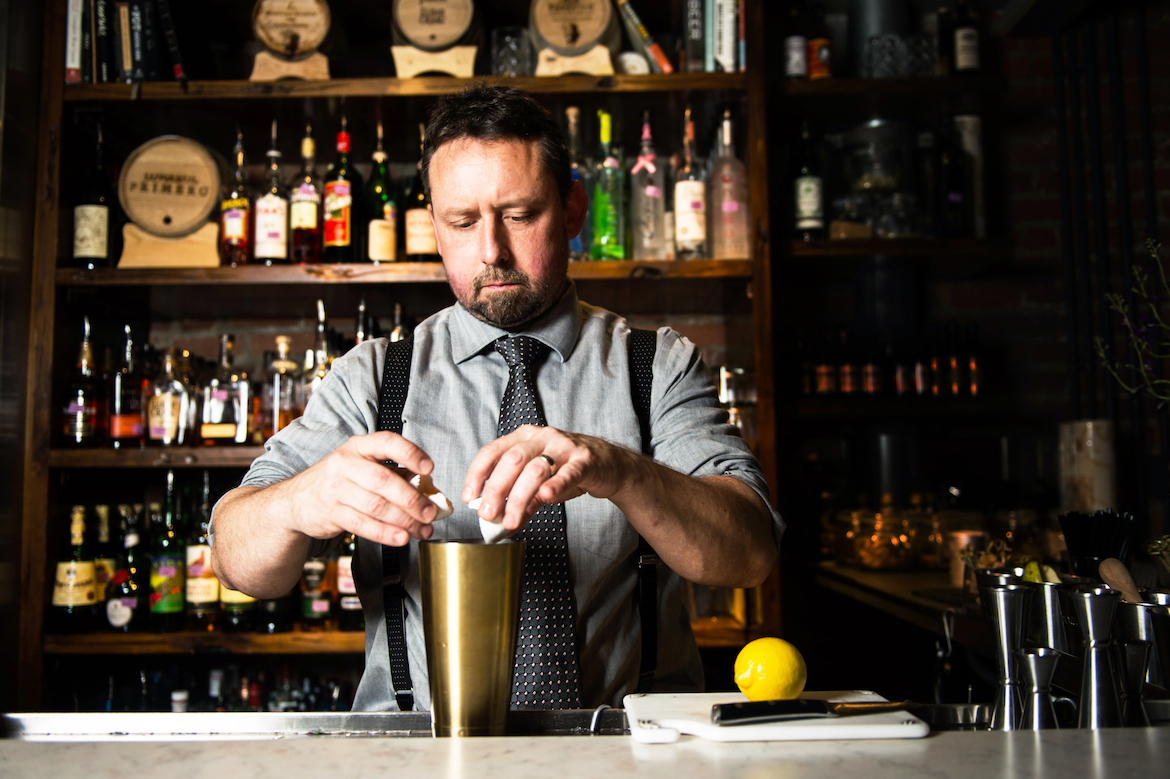 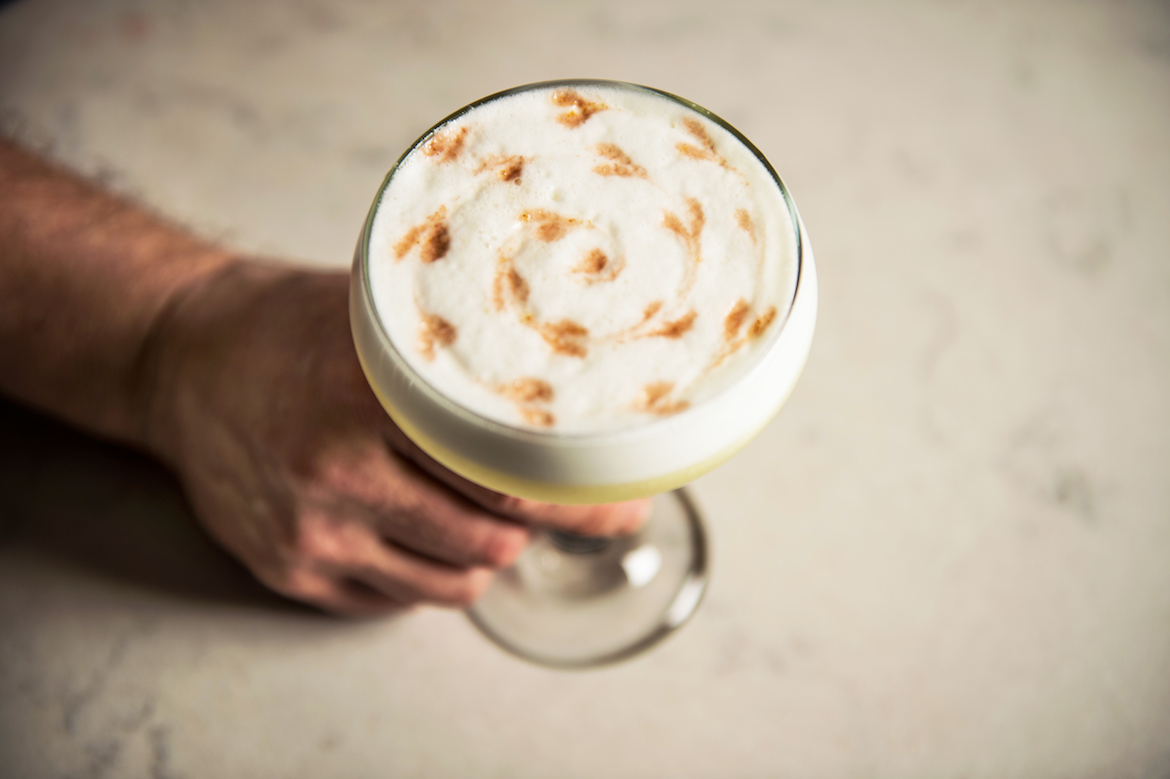 Ron Oleksa’s been behind your Charlotte bars for over 25 years. Transplanted to the city from Washington, D.C. at a young age, Ron was first exposed to cocktails during what was, at that time, a fledgling Charlotte mixology scene. A job that was initially meant to help with school costs became a sort of schooling in itself: Ron started playing around with concoctions, and found that the bar afforded him a creativity he’d not yet encountered.

Now, at The Cellar, Ron’s creativity runs into fewer limitations than ever. Due to owner Rob Duckworth’s receptive and encouraging management, Ron is at liberty to craft whatever he thinks works, whatever the legions of Charlotte cocktail lovers need at any given time. 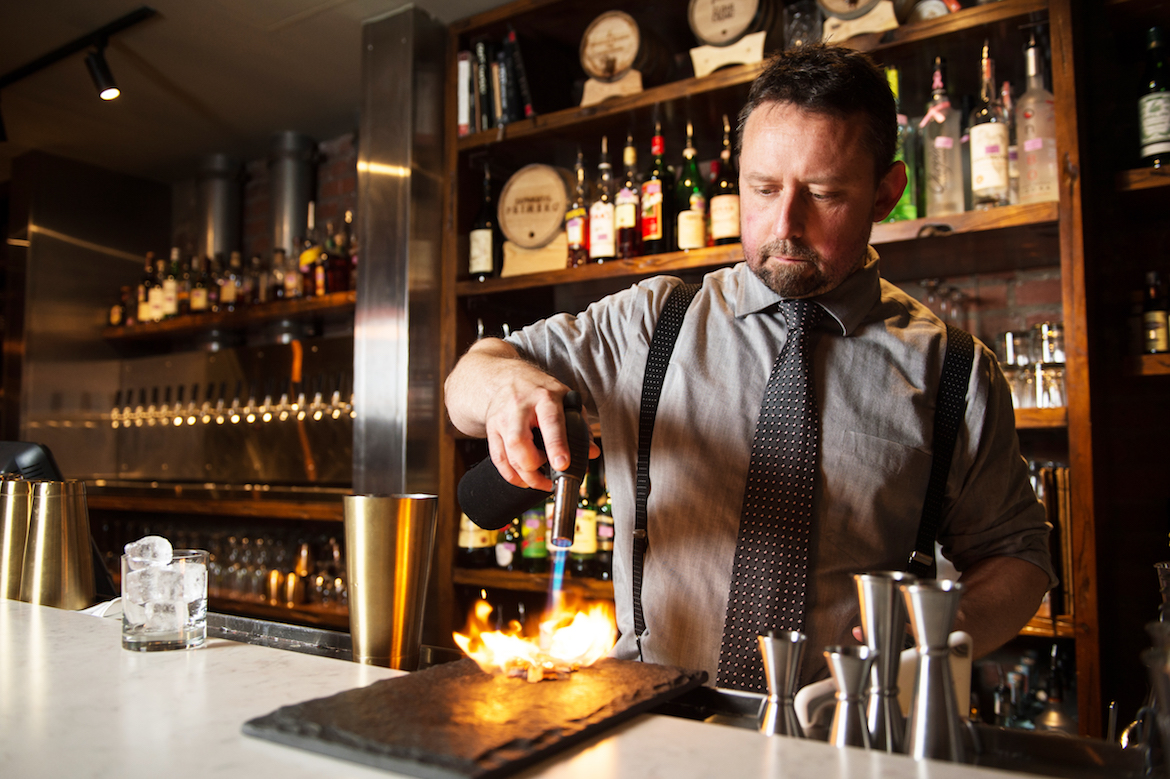 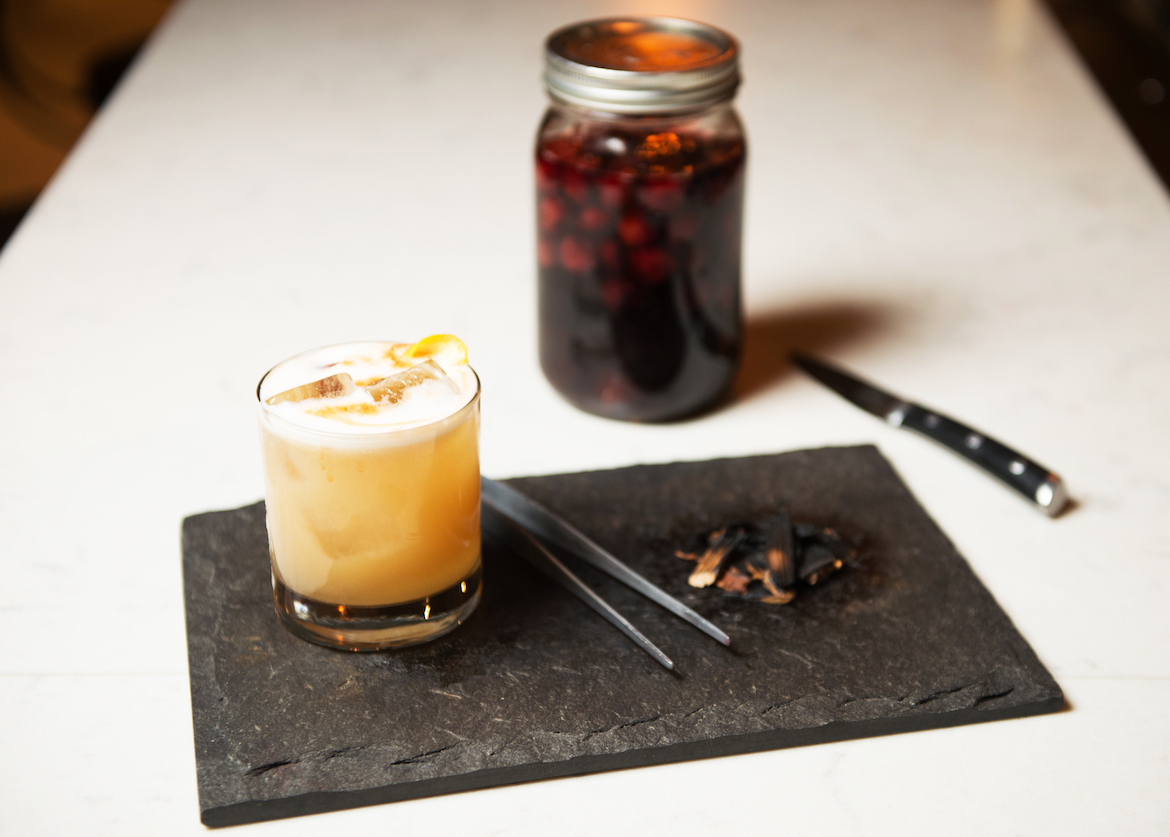 “Every region does have it’s own unique palate,” stresses Ron, “and it is important to take that into account when creating a menu.” Luckily for Ron and the other beverage wizards in the city, Charlotte’s collective preference often welcomes guidance. Like the post-Prohibition, liberated mixologists of yesteryear, Ron Oleksa is reeducating the drinking public. He’s a proponent of the prevailing artistic elevation of the Charlotte cocktail, seeking to educate everyone’s palate on “the abundance of flavors and styles available.”

Somehow, Ron Oleksa’s folks had always thought he’d be a chef, but Ron, a self-professed lover of Charlotte’s ever-evolving cuisines, fell in love with the bar’s fundamental ability to comfort. “Behind the stick I have the ability to create an infinite amount of flavors and really take people away from their worries and concerns for a while.” That’s the primary goal at Ron’s bar, as in any speakeasy. Behind that imposing wooden door, in the heart of this brickwalled den, is a place where people can enjoy themselves. A refuge from the troubles and tribulations of the big city, The Cellar at Duckworth’s isn’t exclusive. It’s meant to be discussed openly, this sanctuary where all are welcome. Tell your friends of Ron and his almost-secret cellar. But speak softly.