A good pizzeria welcomes you with an amazing smell, one that accosts your nostrils. Your default response is to breathe deeply, smile with anticipation, and order promptly.  The aroma of ingredients, such as tomato sauce, melted cheese, spices–oregano, basil, and garlic are mouthwatering. Pizzas come in all shapes and sizes, none are the same, and the toppings vary from just cheese to a variety of meats like pepperoni, sausage, prosciutto, and capocollo or a wide assortment of vegetables and even the more unusual pizza toppings of eggs and bacon, fruit, and even chocolate.   Unique combinations are what make the more specialized pizzerias stand out among the general population. 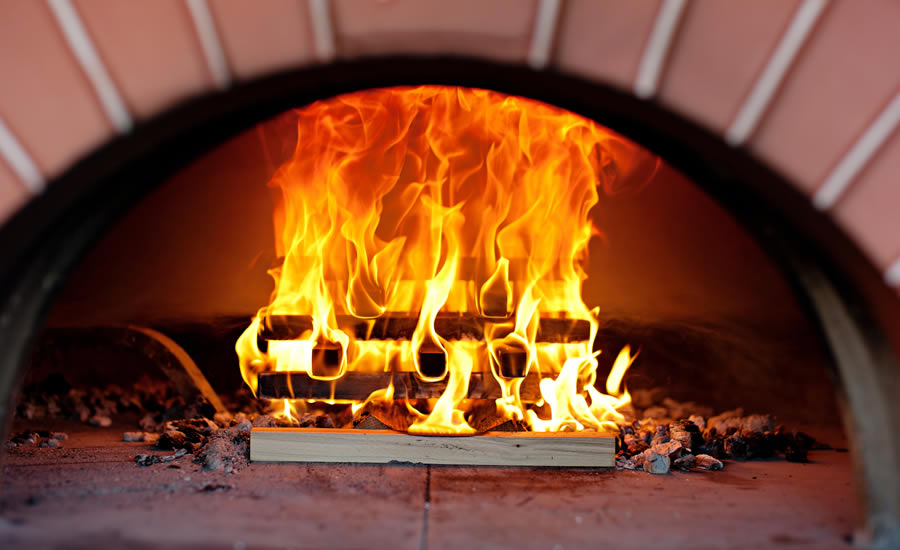 An original pizza concept was created the summer of 2012 when three families got together to plan a restaurant that would not only serve the best pizza in Charlotte, but also distinguish itself as a business that was known for its community service. Its name is True Crafted Pizza and it is located in the Stonecrest Shopping Center on Rea Road.  The name True refers to true taste but also originates from an organization in Naples: VPN (Verra Police Napoletana). The VPN are pizza police who make sure pizza places are following the guidelines of Napoletana pizza.

In preparation for making the best pizza, owners Ken Martino and Todd Galinek traveled all over the United States doing research. We traveled to California, Seattle, New York, New Haven, and Providence stopping at all the little pizzerias where the best pizza was said to originate.  We became very familiar with pizza, and learned a great deal, but most of all that making exceptional pizza required skill, passion, and commitment. With the help of Harry Peemoeller, a well-known baker and professor at Johnson & Wales University, Martino and Galinek were able to create pizza dough unlike any they had previously tasted. Our blend uses three different flours, all organic. One is from South Carolina; its whole wheat flour that gives a nice richness to the dough.  There is a lightness to it, and you can eat an entire eleven inch pizza without having that heavy feeling. 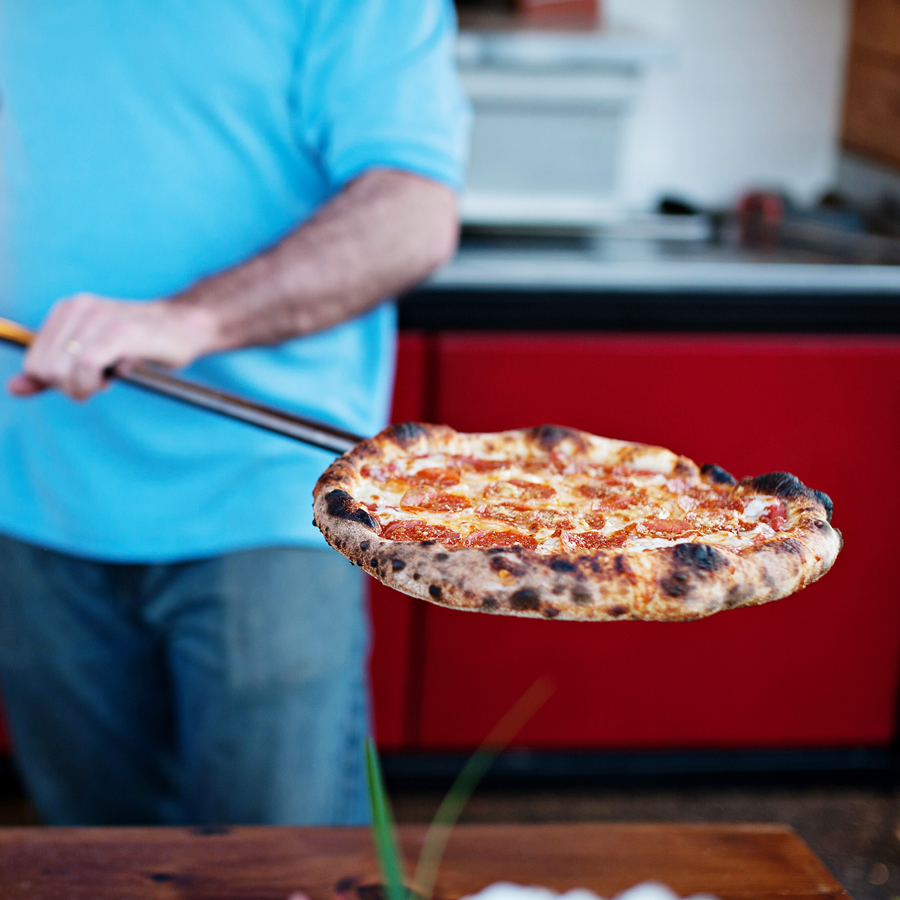 Martino and Galinek like to describe True Crafted Pizza as a modified fast casual restaurant concept where patrons order at the counter, receive a number, and after finding a comfortable place to sit wait for the server to bring their food.  The setting is sparkling white tile lined walls- clean and crisp – with a beautiful wooden farm table where large groups can eat, plus smaller booths and a bar. The walls have beautiful pictures, as well as huge scrolls that feature the menu.  Black and white Italian movies are projected for diners to watch, and the spacious bar offers an extensive selection of locally crafted beer, and Italian and domestic wines. Directly behind the bar is the wood stone oven where the magic happens.

Chef Brendan Treyball and Martino have known each other for a very long time. Having worked in New York at 3 and 4 star restaurants, Treyball puts the creativity into the True Crafted Pizza menu, while Martinos background is mainly in fine dining where stress levels abound. Martino felt Charlotte was evolving into a chef driven, food driven city. Having been approached to open a pizzeria, Martino and Galinek felt that this was a great opportunity.  There are a lot of places that make pizza, but not a lot of good ones. Here was a chance where we could exceed expectations, and we do that a lot here.

Traditional oven baked pizzas are 11 inches and have crispy crusts that are cooked to order in about 5-6 minutes in an oven that runs at about 650 degrees.  The signature grilled pizzas are unique to True Crafted Pizza. Nowhere else in Charlotte is this type of pizza found. These pizzas are cooked on a gas grill and have a thin crust.  They are rolled out and laid on the grill, brushed with olive oil, flipped, cooked, and then topped with light ingredients, such as asiago cheese, parmesan, arugula, and vegetable based toppings.  If you dont feel like pizza there are other items featured on the menu: a nice selection of appetizers, a variety of fresh salads, handcrafted sandwiches, and locally-made gelato.

What makes this pizzeria stand out is Big Red, the antique truck that True Crafted Pizza uses when catering and cooking on the go. Big Red is a 1947 Ford farm truck that was completely restored and outfitted as a mobile pizzeria. On board is a wood fired pizza oven, a 42 grill, two refrigerators, a freezer, and sink with hot and cold running water.  The Valoriani pizza oven cooks at about 750-800 degrees and can cook a pizza in 3-4 minutes.  Powered by a gas generator when working remote locations, Big Red can also plug into a regular household outlet making it very convenient for special events, such as parties, celebrations, weddings, and even corporate activities.

True Crafted Pizza hires locally, uses locally produced ingredients whenever possible, and makes homemade pizza sauce using 100% organic tomatoes.  Martinos and Galineks goal is to make a difference in the community.  This is, and will always be, a driving force for us.
For more info visit www.TruePizza.com.