The southern menu of my childhood was the meat and three: roasted chicken, a salty slab of country ham, or maybe a chicken fried steak, with my choice of sides and bread. Pickin’ the sides was always my favorite. There were so many options: mashed potatoes, green beans, rice, pintos, you name it. For the most part I always opted for a creamy mac and cheese, fried okra (the crispy kind, not that soggy stuff), velvety collards, and a biscuit (rolls be damned). But now, as Charlotte’s food scene is blossoming, when it comes to sides there’s way more choices – and sophisticated ones at that – then ever before. To help you with your sidedish deliberation, these are my eight new favorites in the Queen City.

Rooster’s Carolina Gold
When you get an amazing local ingredient there’s only one thing a good chef can do with it: pay homage. At Rooster’s, Jim Noble and crew take an antebellum rice brought back from the dead by diligent farmer, Glenn Roberts, and prepare it in the way it was meant to be; with appreciation, respect, and a heck of a lot of flavor.
A Close 2nd: Ben Tanh Fried Rice

George’s Brasserie Mac
The Gratin de Mac served at the South Park staple isn’t the standard comfort dish you grew up with. It’s got the same golden crust and arrives at the table in the same casserole dish but that’s where the similarities end. Georges’ version features luscious, milky noodles, chunks of lardon-esque bacon, and, gruyere – not cheddar – stars in this show. It’s amellow, creamy mac n’ cheese that your long lost French grandmother would surely approve.
A Close 2nd: Del Frisco’s Mac 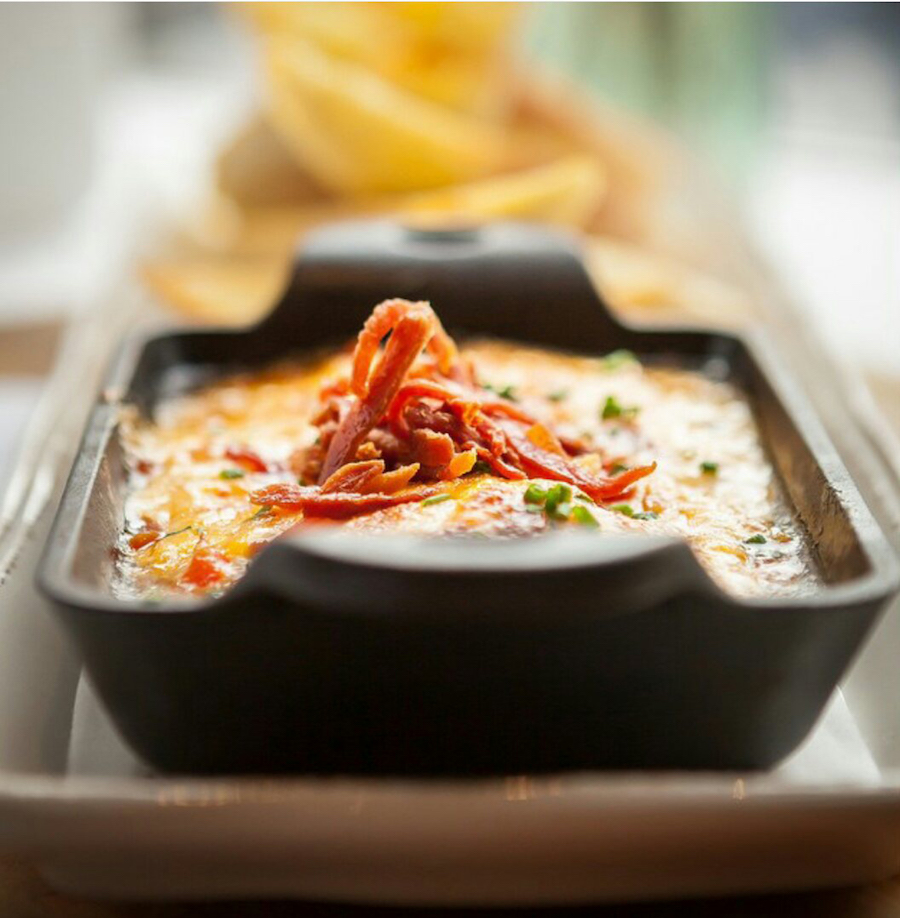 Dogwood’s Pimento Bake
Beloved in the South, pimento cheese is usually smeared between two pieces of white bread, crusts neatly trimmed. But at Dogwood the chefs take the iconic staple, bake it, and serve it bubbling hot out of the oven. What guests get is tradition elevated – a warm, crisp-on-top, gooey-in-the-middle, yet still sharp and savory skillet of goodness.
A Close 2nd: Queen Charlotte’s Pimento

The King’s Kitchen’s Collards
The only collards that come close to the greatest collard-preparer in the South, my gramma, reside on a King’s Kitchen plate. They’re not bitter, they’re wilted just right, and the seasoning is near perfect.
A Close 2nd: Harper’s Collards 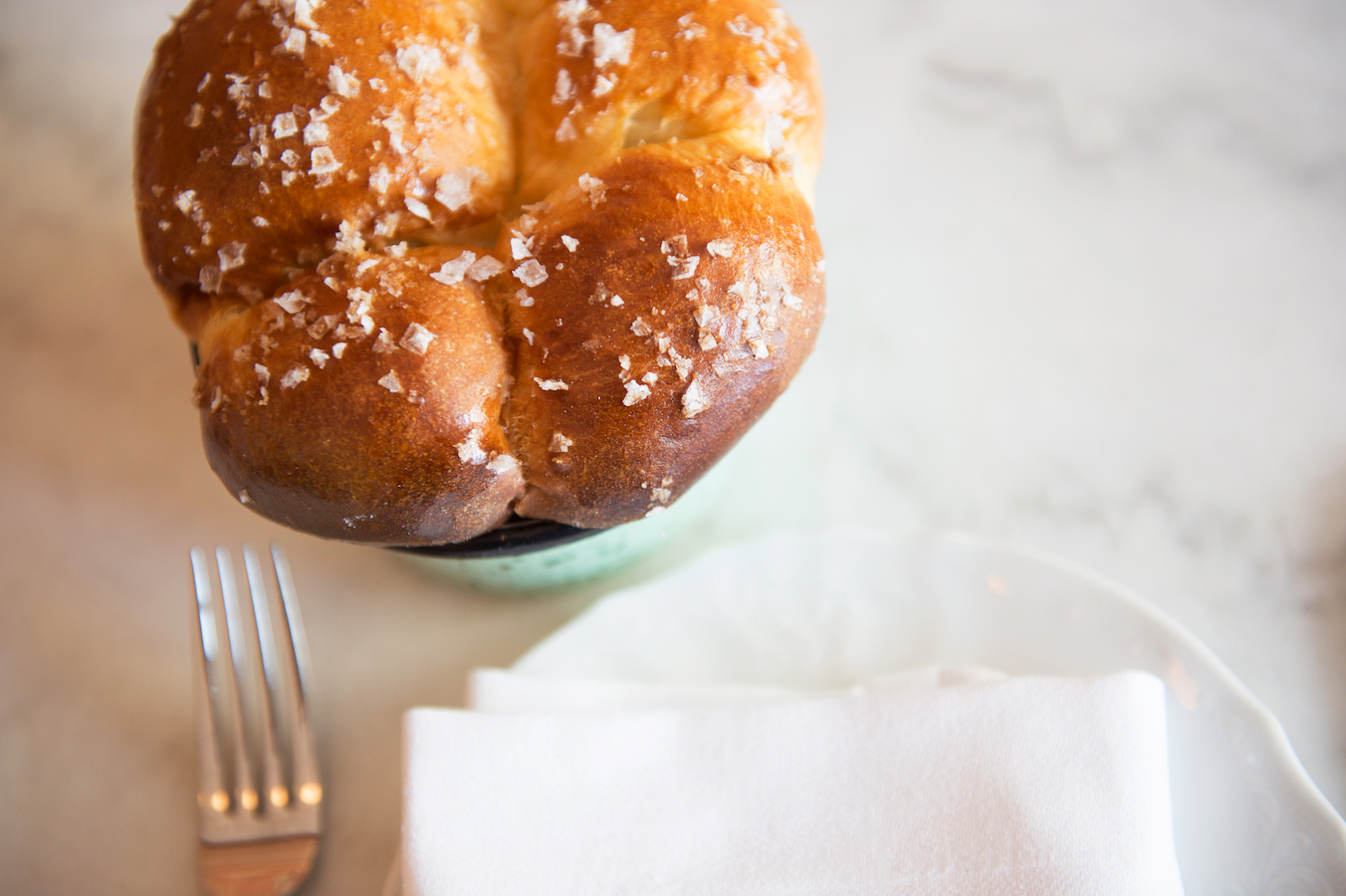 Kindred’s Milk Bread
The only thing talked about more in Davidson than the NBA’s reigning MVP and alumnus Steph Curry is the milk bread from the folks at Kindred. Salty, airy, with hints of honey, this stuff is addictive.
A Close 2nd: Customshop bread

The Cellar’s Brussel Sprouts
The small plates at this dimly lit speakeasy below Tryon will have you singing Cellar at Duckworth’s praises. The cocktails are unabashedly some of the best around. However it’s the unexpected that has me going back weekly: flaky brussels, budding with flavor, with smoked pancetta, red onion, and balsamic.
A Close 2nd: Stagioni’s Veggies

Beef & Bottle’s Spinach
Creamed spinach is an essential at virtually every steakhouse on the planet, but the simple, delightfully lush spinach that accompanies your perfectly medium rare steak at Beef & Bottle melts in your mouth.
A Close 2nd: BLT Steak’s Spinach 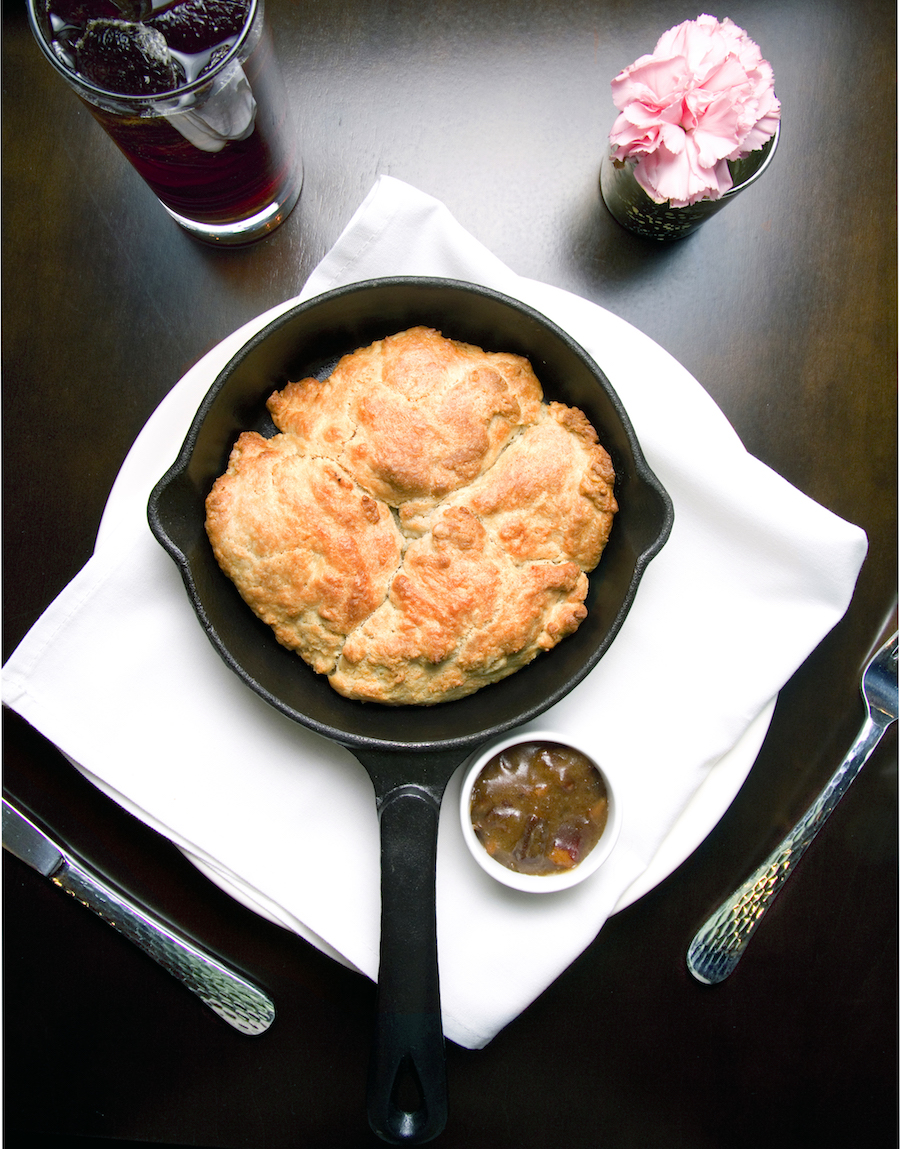 The Asbury’s Cast Iron Biscuits
“Just like your mama” did them, or at least how the talented chef, Chris Coleman’s maw maw did ’em, the biscuits at the Asbury are served table side in your very own cast iron pan. These crumbly golden handfuls are downright downhome and they only get better when you spread some of his house-made bacon jam on the fold.
A Close 2nd: Smoke’s Corn Muffins