Years ago, while toying around with one of his first online auctions, Ryan Wildrick did something dicey. He purchased an automobile listed “as is,” sight unseen—a big taboo in the industry, and a move strictly forbidden by his partner in the car dealing business, Ryan Moreno. Upon the car’s arrival at their Concord dealership, the Ryans noticed, with some choice words, that it lacked a couple of detail parts…and an engine. “That was the first transaction that actually lost us a lot of money,” Wildrick, 28, laughs. “There’s some risk in this business.” That online purchase wasn’t the first chance Metrolina Auto Group had taken, and it wouldn’t be the last. Fortunately, the rest of those risks have paid off. 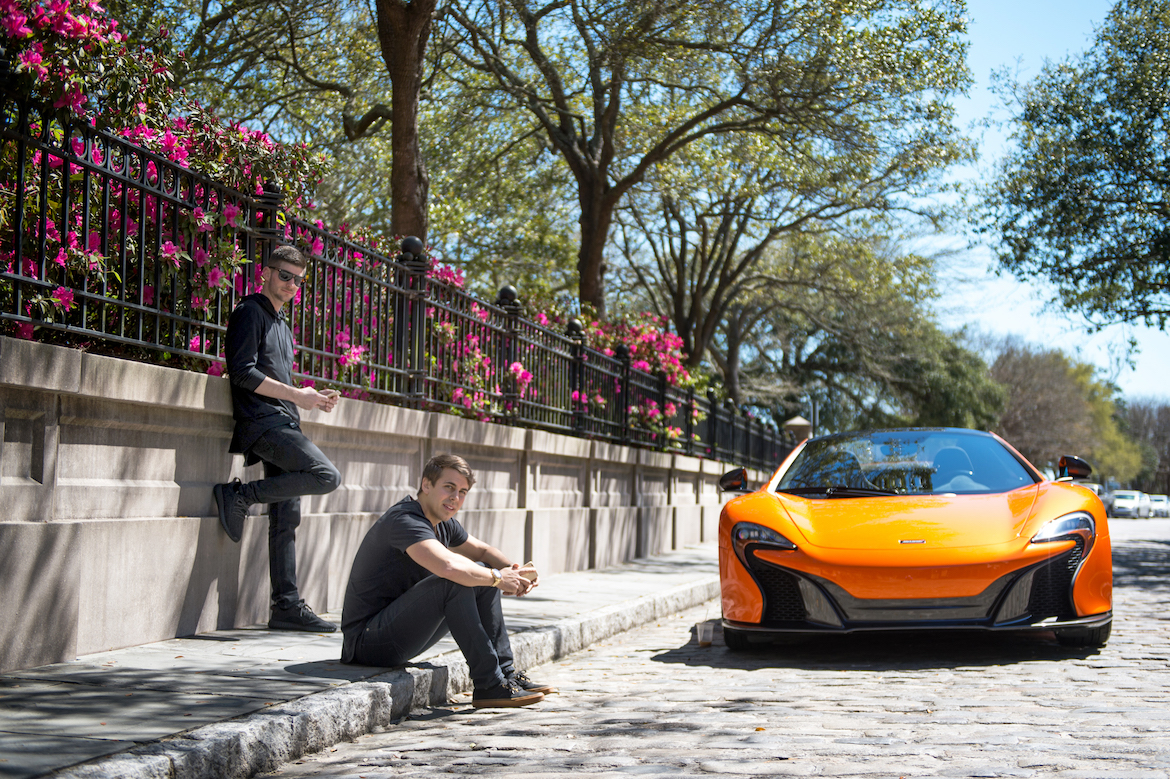 A 22 year-old Ryan Moreno met Ryan Wildrick, 20 at the time, during their junior year as finance students. Wildrick had invested some money made through part time work, buying and selling a couple of affordable cars on craigslist. The two became tentative business partners during their time at UNC Charlotte, selling a few cars a month. Upon graduating in the midst of a recession, the Ryans saw little hope for success in the 2010 banking industry, so these aspiring businessmen banked on their own ambition. “We looked at each other one day and said, ‘Let’s open a dealership,’ ” 30-year-old Ryan Moreno recalls, with the kind of youthful assurance that you can’t help but trust. After a pattern of unending setbacks in Kannapolis, including zoning troubles, business world ageism, and the delayed acquisition of a dealer’s license, they relocated to Concord. In a 4,000 square-foot industrial warehouse hidden behind Concord Speedway, some semblance of a dealership began to take form.

Opening proved a costly endeavor, though—Wildrick had already sold his personal vehicle in order to secure some extra cash, and now they were forced to sell the Auto Group’s only remaining form of transportation: Ryan Moreno’s trusty high school ride, an Isuzu Trooper. It was “gladly sold, because the air conditioning didn’t work and the tires were showing cords,” Wildrick jokes, prompting a defensive “I loved that car!” from Moreno. The resulting funds bought them three high-mileage BMWs from an auction in Manheim, Pennsylvania. “The idea was, ‘Well, let’s hope they sell!’ ” Ryan Wildrick admits with a shrug, disclosing their barebones business model at that point. They were determined to start dealing, wholeheartedly committed to the idea that the business could be most easily learned once the business was running. 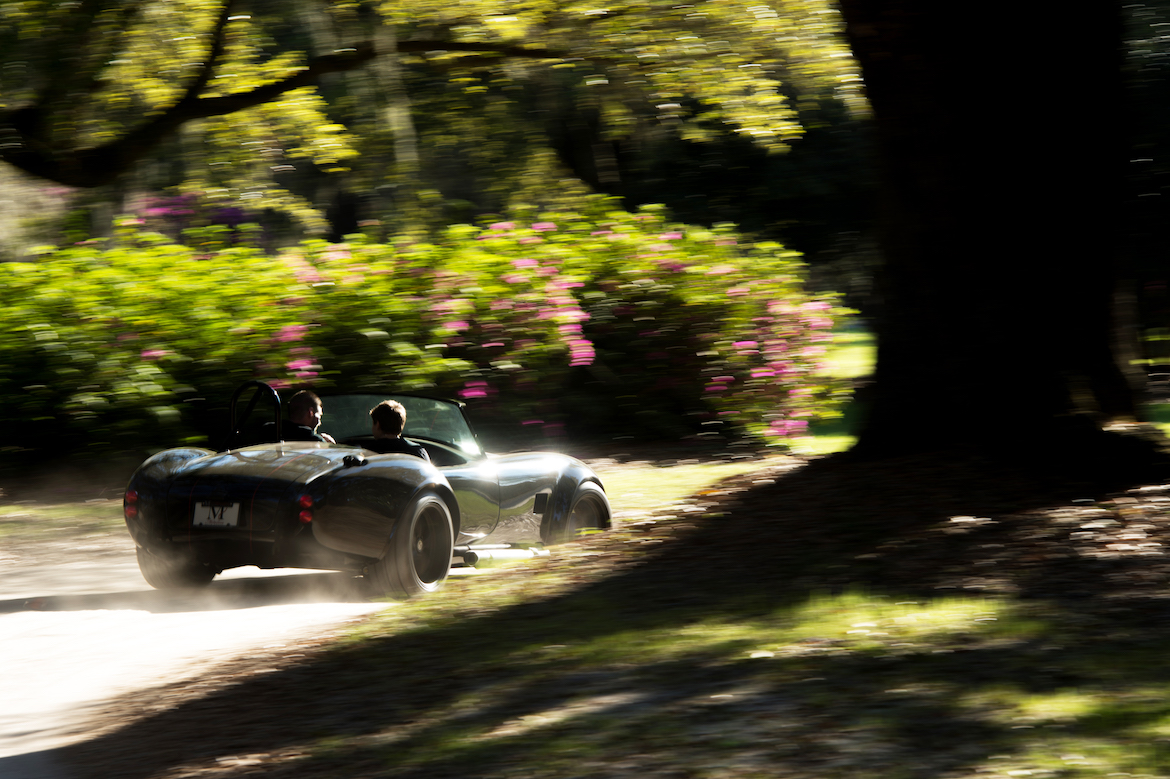 So they dove headfirst into the car industry, and they learned quickly. Despite their modest line of cars in those early days, they immediately established a process. They serviced their cars through independent auto shops at the time, detailing them thoroughly. They developed their online marketing process and expediting the business’ growth as a result. For a long time, Metrolina simply spent every dollar earned on inventory, energizing and stimulating sales however possible…while barely paying their bills. “We never had enough money to do what we wanted,” Moreno says, “so we had to spend every dollar earned, and hope.” They took their good fortune and reinvested it, often courting disaster. Over the first two years the partners fought about nearly everything, with tensions heightened by the financial struggle to keep the doors open. Moreno recalls “arguing with Ryan Wildrick for hours” in their small Concord office. “Those two years made Ryan Wildrick my best friend,” he says, “and I have complete trust in him.”

The Ryans’ growing pains and evolving trust in one another informed their customer service and sales efficiency, as they steadily grew their inventory from three cars to about 35. They rented a warehouse next door in order to opened a service shop for their customers. They started gaining the support of banking institutions to finance their customers’ purchases. Moreno and Wildrick gradually hired a few employees from franchise car dealers, encouraging them to share their industry knowledge and finding ways to implement it at Metrolina. At that point, their online reputation had improved dramatically: These boys were never anything less than humble about what they’d started to accomplish, and their character as businessmen preceded them. 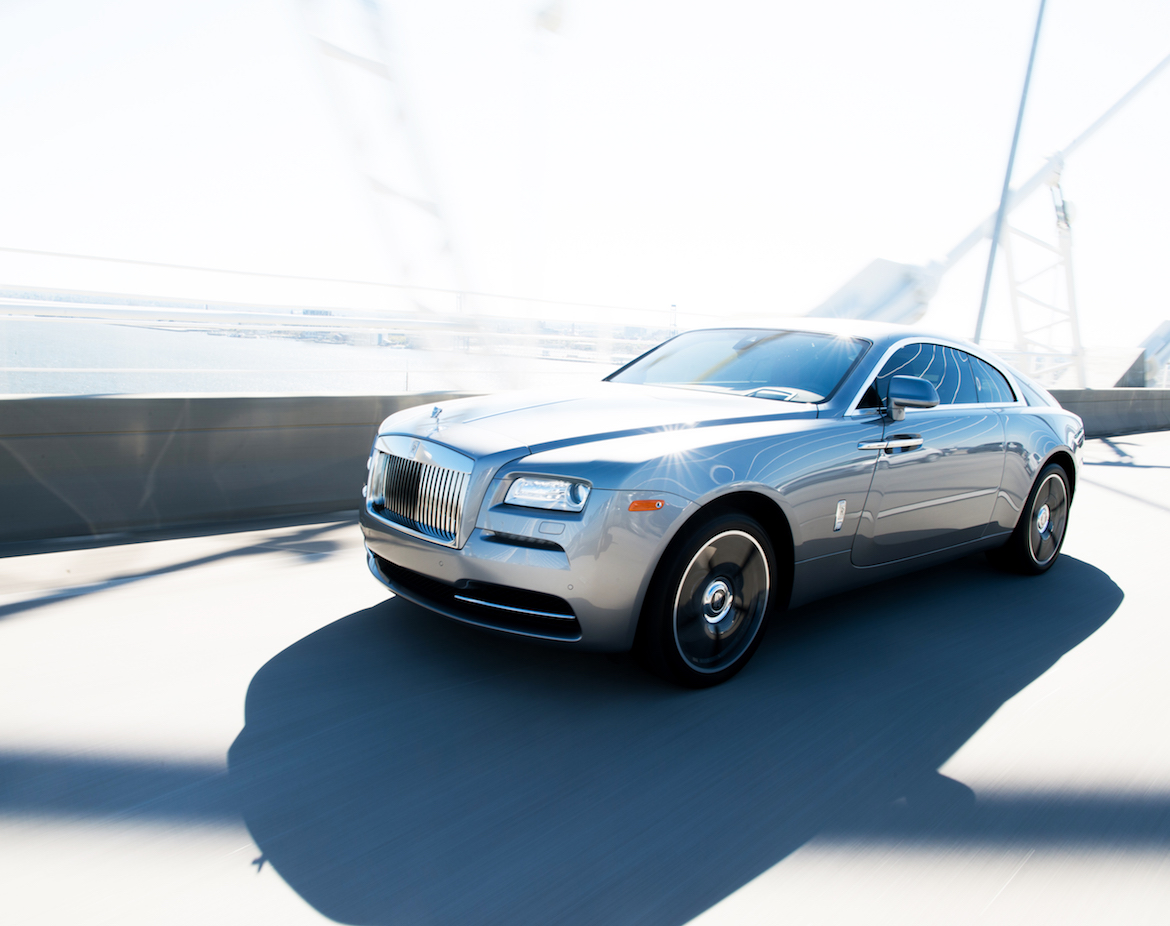 Three years in, they were selling almost 50 cars a month, with no more growing room in Concord. At the same time, Metrolina’s stock of vehicles was increasing drastically in value, as they started buying and selling newer cars with less mileage. In order to continue to grow they needed a larger facility, and they needed it quickly. Real estate searches and negotiations went on for months, but eventually they signed a lease on a 26,000 square-foot facility in Charlotte’s South End, another big gamble: The rent was considerably higher and they would have to outfit the building for their needs, with the inclusion of a service shop. The odds seemed stacked against them. They needed to make more money in a single month than they had in three years to be able to afford all the expenses of the move. They’re still here, of course, because the new location paid dividends: Their first month in Charlotte, June of 2014, was more than kind to them. The new space elevated their showroom to what can better be described as a gallery of sorts, a sleek setting that these works of automobile artistry deserve. Their success in the big city was compounded by a partnership with local service shop Eurowise, and the purchase of an additional boutique dealership closer to Uptown. The Ryans have also built other businesses, including their own warranty and investment companies, as well as Metrolina Luxury Carriers, a high-end transport company. Over the last two years, Metrolina grew to selling as much as 105 cars a month, shipping them to customers’ homes nationwide and overseas. Expanding their inventory to Ferraris, Bentleys, Maseratis, Lamborghinis, Porsches and nearly every other exotic car they’d dreamed of selling, Metrolina Auto Group has quickly established itself as a luxury car-selling juggernaut. They’re hoping to expand their inventory in the near future to 25 million dollars. In the last year, their inventory budget has grown from five to nearly 10 million dollars, and they’re barrelling toward a 50 percent revenue increase. Metrolina is now one of the largest independent luxury and exotic car dealers in the nation, and it all started with a couple of bold decisions.

In the luxury car dealing business, it seems, hard work is nothing without nerve. Even in the earliest stages, when they’d only sold a few Hondas, the Ryans envisioned themselves buying and selling high-end, exotic automobiles. They wanted to do it out of a gorgeous indoor showroom, and they wanted to do it in a prime Charlotte location. So, they just did. Metrolina Auto Group is a testament to the fact that, especially in a budding city like Charlotte, the only real obstacles are the ones we acknowledge. With drive like this, there are only open roads.