In the weeks leading up to Hello, Sailor’s opening, pastry chef Justin Burke-Samson was still working on the hand pie—a dessert that would become one of the Lake Norman restaurant’s mainstays. Despite his delight in the results of his early attempts—pie fillings that would’ve made his grandma oh-so-proud, a carefully moderated deep-fried crispiness, and the vital toss in sugar and salt—Justin wasn’t satisfied. 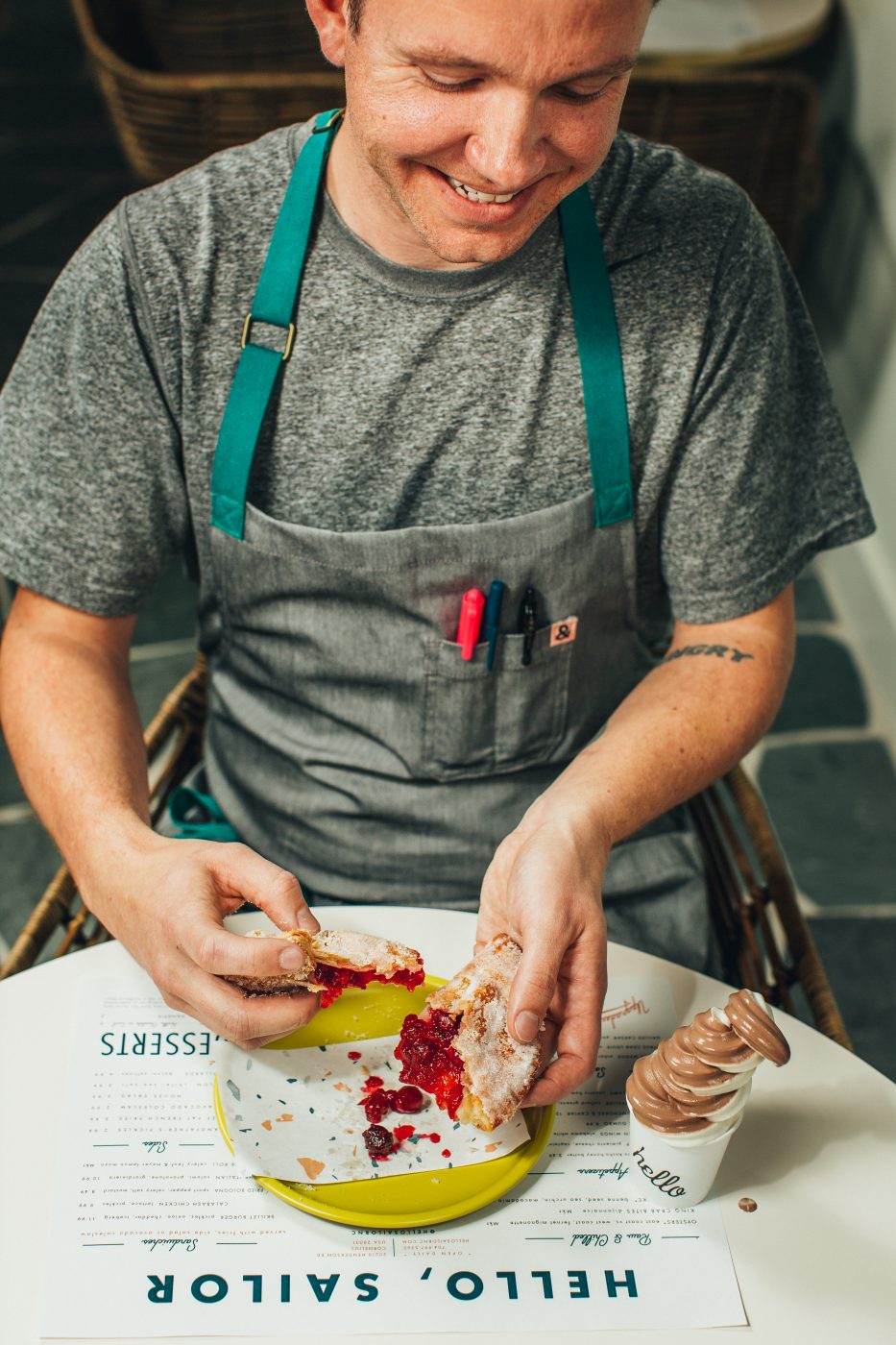 “It needed something else,” he recalls.

Justin’s sweet tooth is a nostalgic one, his decadent creations reminiscent of all the the best half-remembered moments from childhood. And his hand pie wasn’t quite reaching those rose-tinted heights. Luckily, Chef Joe Kindred’s beef-fat fryers were already a hard rule in Sailor’s kitchen. They dropped a hand pie in on a whim, and… For a moment, these two giddy foodies were kids again. 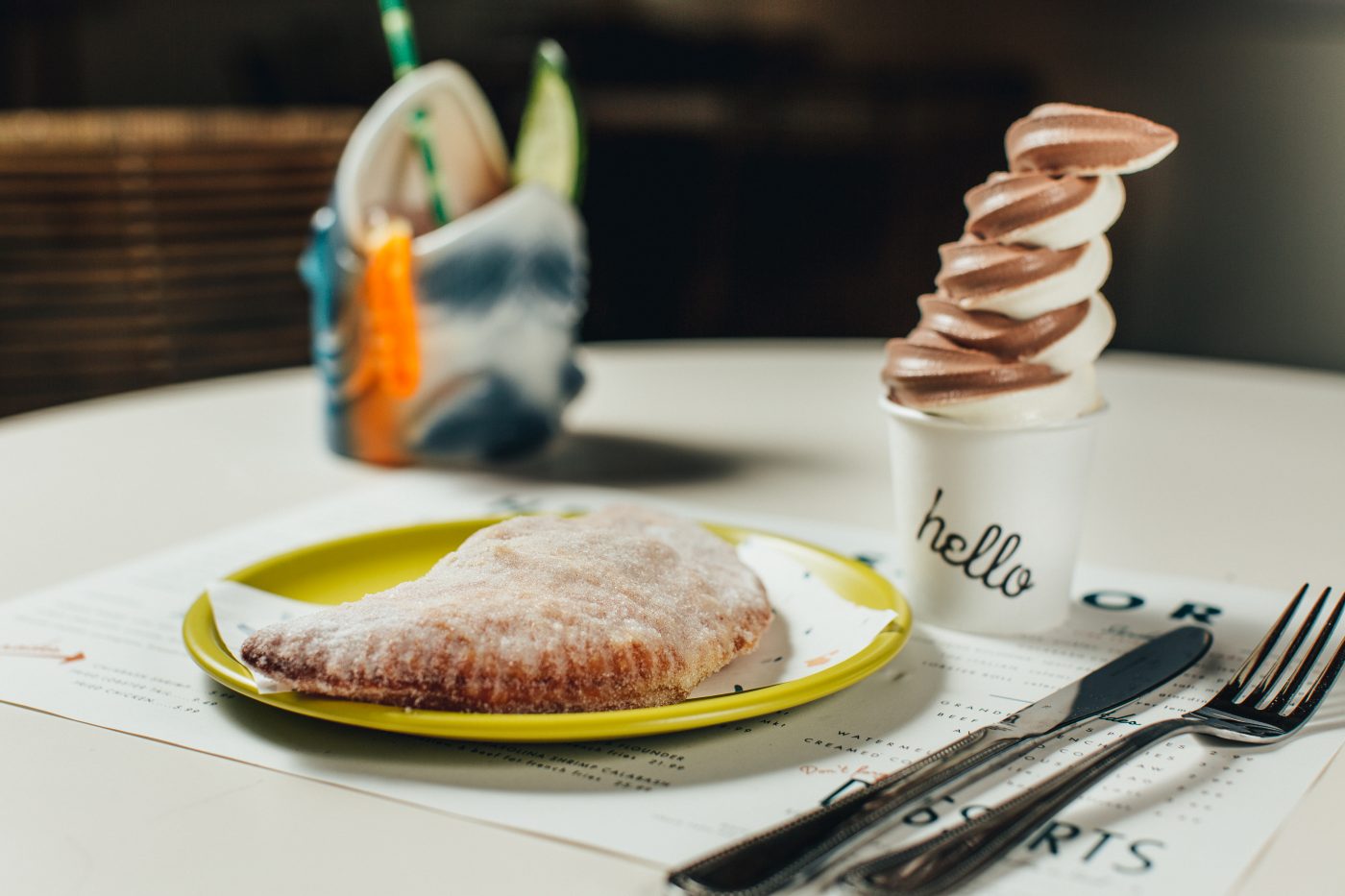 The hand pie’s flavors rotate seasonally, and, well… we’ve tried just about all of them so far. Be on the lookout for our top three: