Justin Burke-Samson knows his desserts. The thing is, there are some careers to which we naturally want to ascribe certain personality traits. For better or for worse, the inspirational teacher, the caring nurse, the hard-driving lawyer… these have all become tropes. And when it comes to pastry chef Justin Burke-Samson, we know it might just sound reductive but it really is true: As soon as you meet him, you’re immediately struck by his warmth and sweetness.

Today, he bakes out of a homey kitchen in Huntersville and speaks candidly about the changes he underwent in life that brought him right here today. His background in the industry is extensive: he is best known for the Party of Two pop-ups he did with fellow pastry chef Stephanie Cmar, his traveling pop-up series called Modern Gramma, and his time on Food Network’s Beat Bobby Flay where he faced off with the star chef. 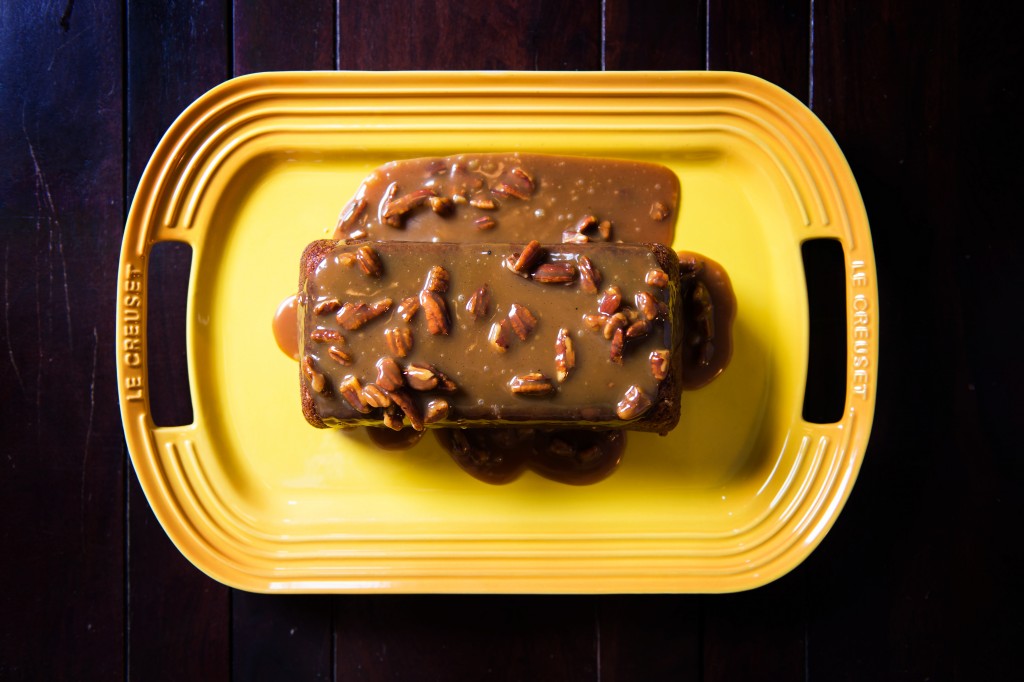 The career Justin Burke-Samson has assembled is based on a carefully honed skill that is, for him, 100-percent self-taught. You’d never guess that from looking at his desserts, though. His pastries and baked goods are these visually-striking, meticulously-crafted confections full of color, detail, and intriguing ingredients. But even with the artful desserts he dishes up, part of what makes Samson so charming is that he also bakes a mean classic chocolate chip cookie and has perfected a childhood favorite in his homemade pop-tarts.

His real signature as a pastry chef is to adapt traditional desserts by putting his own spin on them: bourbon peanut butter balls, pumpkin crème brulee, butterscotch tartes, banana bread with molasses glaze. He calls his an “American comfort aesthetic.” 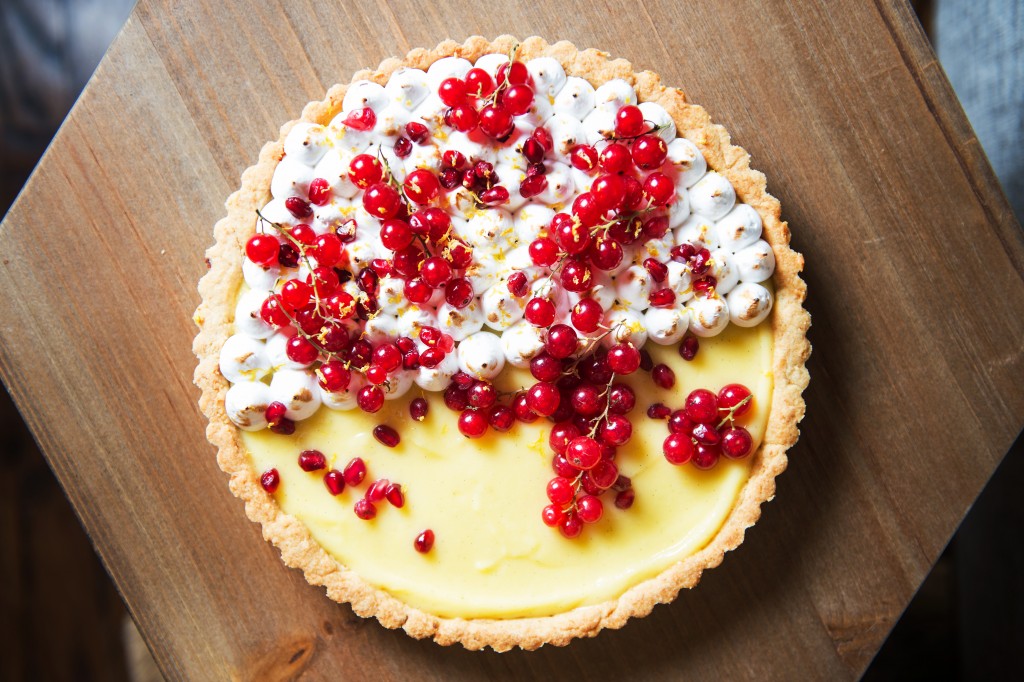 “I am constantly building recipes, menus and bakery concepts in my own head,” he says.

The day we meet him, he presents us with, among other treats, a chocolate pudding pie. Sound like something your aunt can easily make in an hour or two on Thanksgiving? Justin’s is next level: A richly decadent dessert with toasted coconut chantilly cream and a perfectly constructed macadamia nut crust ringing the pudding. And the secret ingredient? Avocado, a healthy fat that Justin tells us he uses to add extra texture and flavor to the dessert.

From choosing his recipes to plating his final products, he’s meticulous – this, he says, is what he loves about baking. There is science, process, and organization behind every cake and batch of cookies. 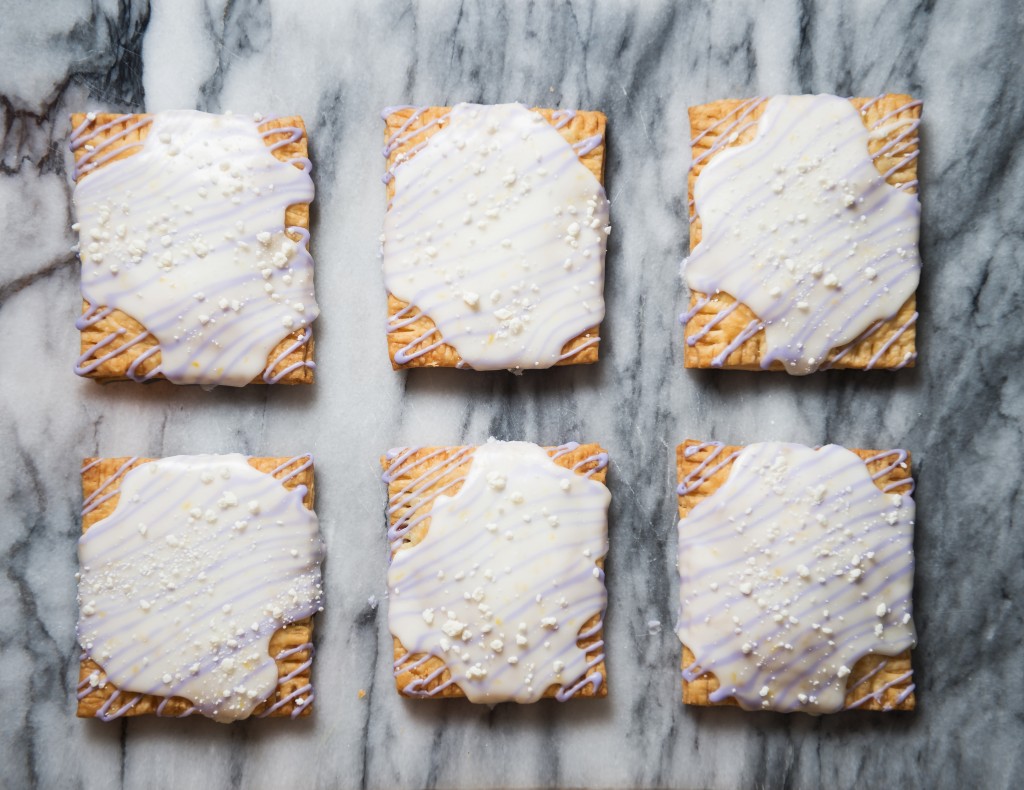 Samson, born in California, lived in Boston during his college career and for a few years after before moving to North Carolina in 2015. To put himself through school, he worked in restaurants, cafes and bakeries and found himself drawn to baking and pastries – but just, at that time, as a hobby only.

“I would go home, teach myself what my pastry chef was making and bring it back for him to try and that’s how I started teaching myself,” he explains. “I’m self taught and restaurant trained.”

The love of baking was also partially rooted in nostalgia, ingrained from an early age by his Gramma Carole. At her house, “dinner wasn’t dinner without a cake,” Samson says with a grin. When he lost her in 2015, he took the pages from his grandma’s recipe book and toured the country with the best nod to her he could think to give – the Modern Gramma pop-up series.

It was after that whirlwind of press and travel that he and his husband decided to leave Boston behind for the slower pace and comfort of the south. Now, with a little more space in his life for detail and creative reflection, Justin is working through his next endeavor. He is also the service manager at Kindred, a job that he loves. “At Kindred, they tap into your strengths and incorporate those into your role. We all have unique responsibilities based on our strengths – it’s the best work environment I’ve ever worked in,” Samson says.

This year, you can find Justin Burke-Samson participating in dessert-focused events in Charlotte alongside some of the city’s best pastry chefs around the city.

If you’re interested in having a special order filled, you can contact Justin on social media @justinbsamson or email him.