How did it all begin at RK Motors?

On the fourth of July, 1963, and Henry Ford II was about to make a deal. He wanted to put his cars on the European map. Ford needed to enter the sports car race, and there was one easy way for the American automobile juggernaut to do that. The auto tycoon was set to sign a ten-million dollar contract with Enzo Ferrari, giving Ford Motor Company a half share in the Italian sportscar maker’s booming business.

But the deal fell through, and an enraged Henry the Second commissioned Ford Total Performance, an initiative formed with one vendetta-fueled purpose: Creating an American vehicle that could outdrive Ferrari. 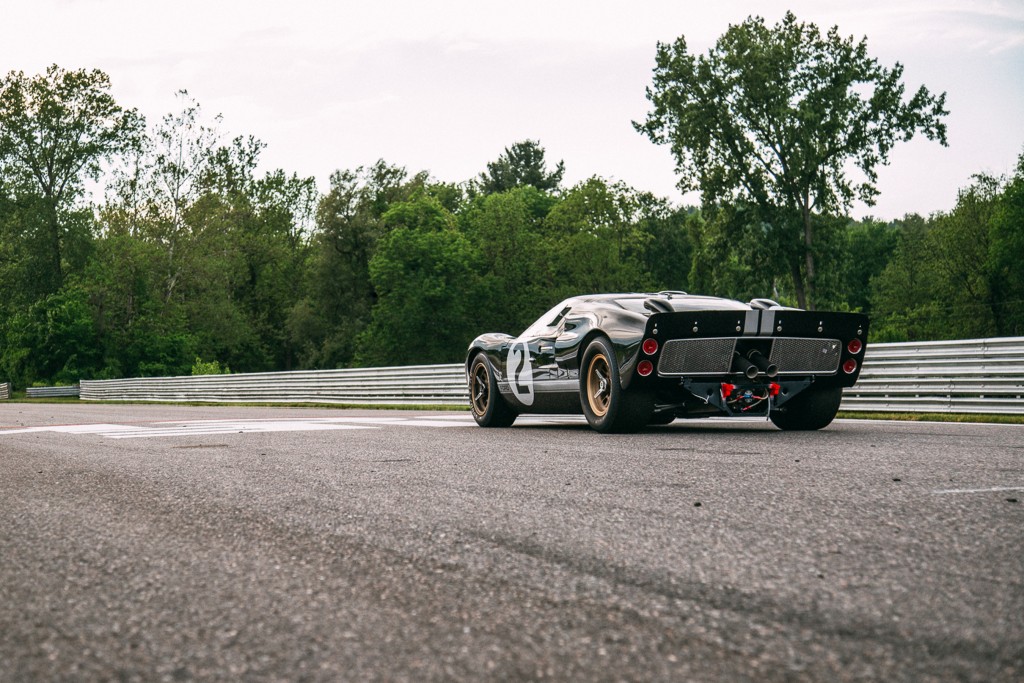 The GT40 was born. This compact powerhouse would make Ford the first American manufacturer to win at that most prestigious of European races, the 24 Hours of Le Mans—ending Ferrari’s five-year winning streak. The number 2 car became a legend, and Ford entered the international market in a big way.

It should come as little surprise that the car that crossed the finish line first that day, Chassis P/1046, couldn’t be quite the same car nearly five decades later. Like many vehicles of its ilk, 1046 has undergone plenty of touch-ups and tinkerings throughout the years, saddling the classic with a number of ancillary features and replacement parts. It was an altogether different vehicle, until classic car collector and trader Rob Kauffman got his hands on it, that is.

Kauffman’s Charlotte-based RK Motors is a car-buying juggernaut, and its founder’s worshipful obsession with classic American-made automobiles bleeds into every facet of the business. So naturally, when RK Motors acquired the vehicle that used to be the king of all Ford sports cars, the company’s higher-ups elected to do the only sane (and slightly crazy) thing they could: They tore it down.

With the help of the restoration experts at Rare Drive, RK Motors had the legendary vehicle disassembled. They reduced P/1046 to its bare chassis, with the entire drive train hanging from an engine crane. The two companies then began the arduous process of restoring an icon of such renown to its original state, beginning with sourcing authentic parts, right down to the proper bolts. 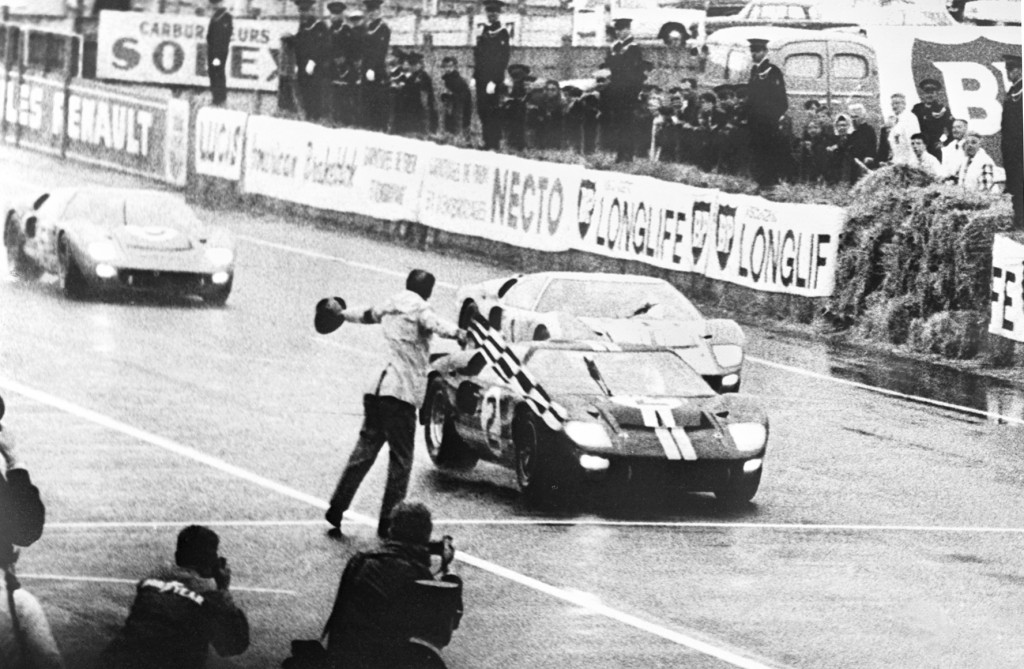 Such a task is actually more researching—and scouring the world for rare parts—than physical labor. Much of this restorative effort found its base in historical documents. The teams working on this legend “pulled thousands of period images” from every photographer who had anything to do with the car, amassing a collection of thousands of images from the 60s. A grainy photo of Bruce McLaren buckling himself into the car revealed the precise kind of stitchings needed on the seat belt. A shot of the car with the front hood up showed that the paint applied for those now-legendary white stripes was allowed to drip down inside the front trunk jamb, leaving white paint dribbled along the underside of the hood. The Rare Drive team, of course, called upon a master pinstriper to painstakingly recreate those paint runs.

In the business of restoring automobiles, it seems, “authenticity” means “authenticity.” The result of RK Motors’ and Rare Drive’s efforts is, well, the car that decimated the competition in 1966, winning Le Mans for Ford, and for America.

P/1046’s legacy can’t be understated. The GT40 line would go on to win three more consecutive Le Mans races in the 60s. That’s right—Ford’s formidable supercar won Le Mans a whopping four times. Few other racecars have even come close to that. And for the first time last year, Ford returned to Le Mans with a new GT, a sleek powerhouse of modern automotive technology. It won in its class, exactly 50 years after the Mark II’s historic victory—but not before the original victor, in all its restored glory, was ceremoniously paraded up the track’s starting grid. The anniversary revving of that engine was another proud moment for Ford, to be sure, but an altogether euphoric moment for RK Motors Charlotte. Later that summer, RK’s restored P/1046 won Best in Class at the Pebble Beach Concours d’Elegance, rounding out yet another historic year for this most classic of cars.