Under the guidance of Birdie Yang, owner of Yama Izakaya and Yama Asian Fusion, the modern Japanese restaurant Baku is slowly transforming local palates and creating a new market in Charlotte’s food scene.

Birdie has completely transformed almost everything without changing what Baku is—the menu, the quality of the products, the suppliers, the decorations, and the plating, in order to create what he calls “the pinnacle of modern Japanese cooking.” 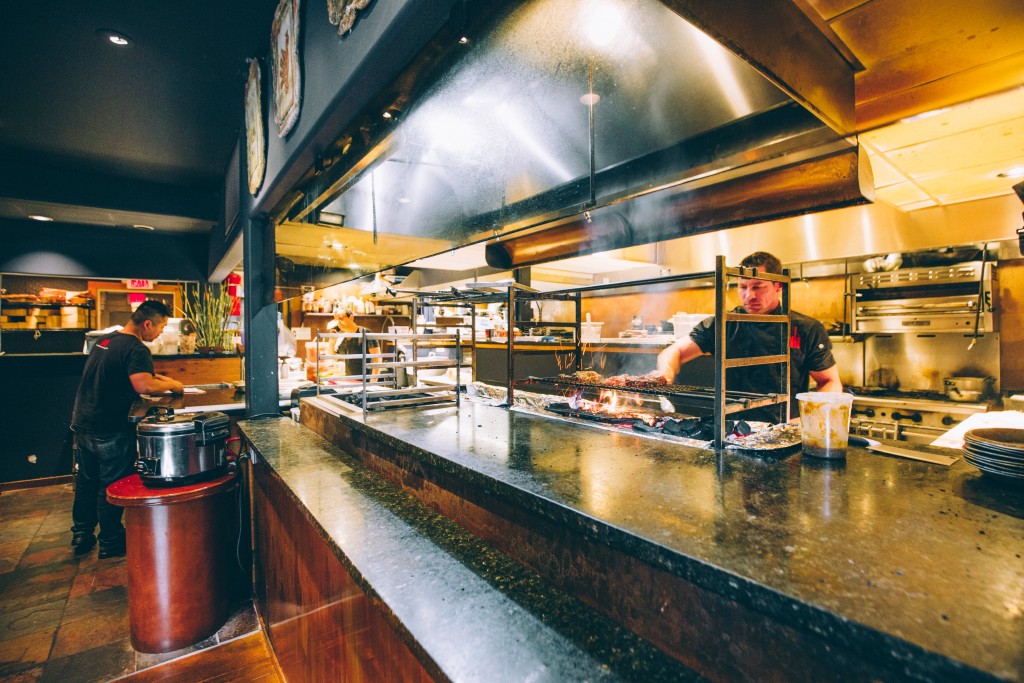 At Baku, Birdie aims to preserve Japanese authenticity while simultaneously pushing boundaries and challenging the conventional.

“The preparations are very traditional Japanese,” Birdie explains, “but the ingredients aren’t necessarily traditional, and the decorations are more contemporary. It’s all the food I enjoy, food I’m proud to serve to Charlotte.”

Baku is a modern-day form of Izakaya that incorporates a robata grill—a Japanese grill that uses special white oak “bincho” charcoal and features a square shape with different cooking levels. 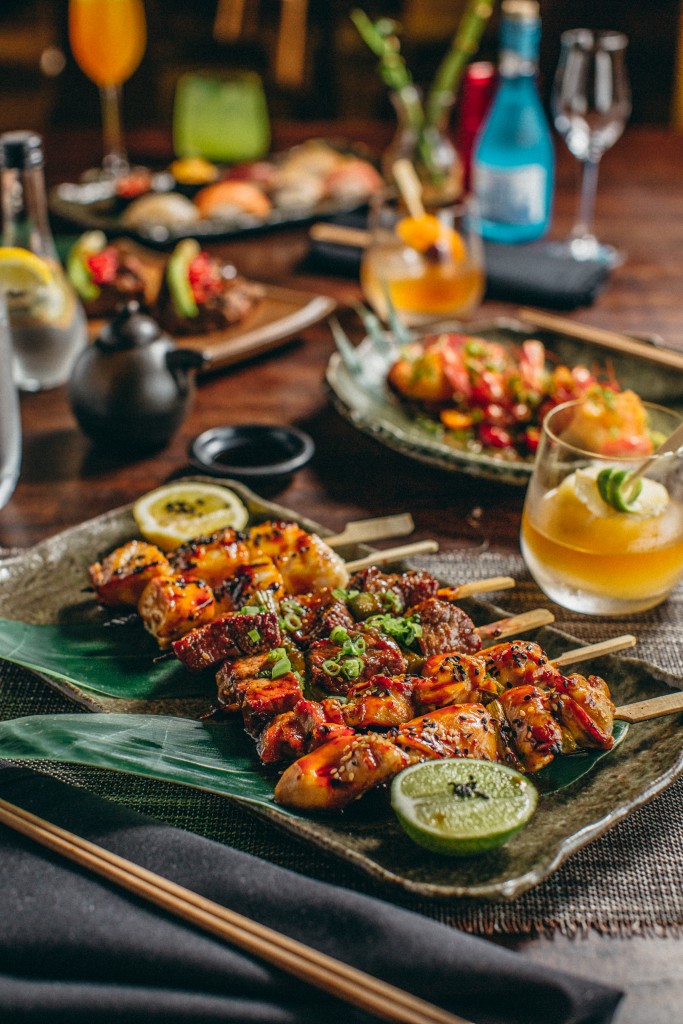 “Each meat needs a different temperature to cook,” Birdie explains. “It’s a setup where every product is cooked perfectly.”

Traditional Japanese drinks, along with more innovative cocktails, are also an essential feature at Baku. As a certified sake sommelier—a title that took six years to acquire with a final test in Japan—Birdie is sure his restaurant is stocked with the finest sakes. Baku touts the largest sake selection in the Southeast, sourced from all over the world: Enjoying a bottle or two seems absolutely vital to a proper dining experience here.

Baku also offers another notable Japanese liquor Charlotteans may not be as familiar with—Japanese whiskey. 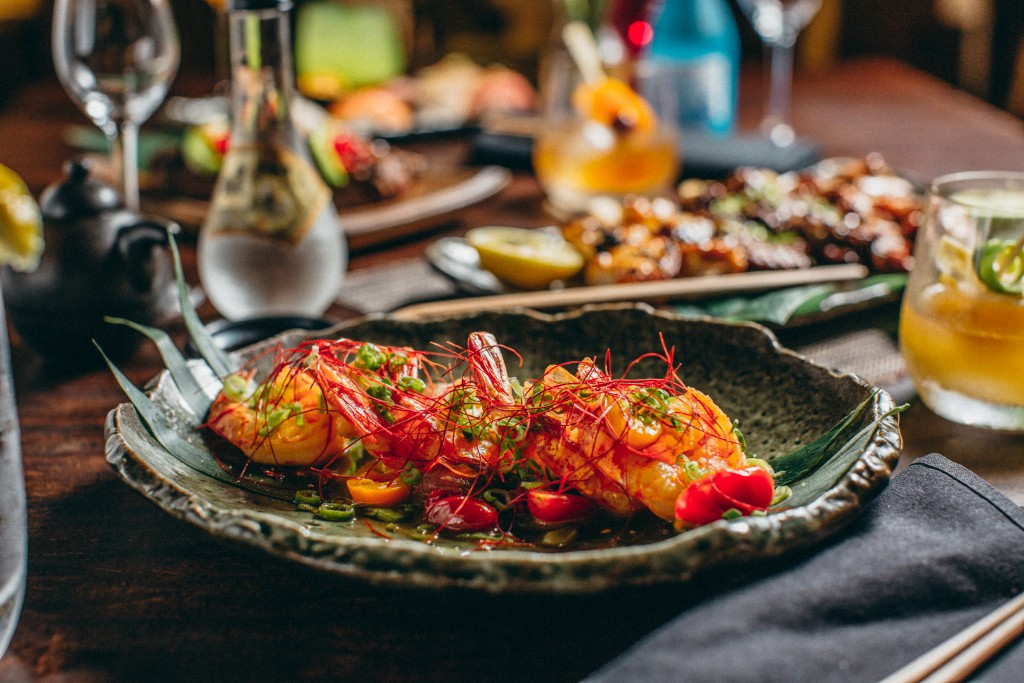 Usually aged a little longer and more meticulously made, the whiskey’s quality is “very high, almost the same standard as a scotch.” There are various flavor profiles and a major difference in the aging process and blending as well, so it’s a must-try for those new to the stuff.

Birdie insists that part of Baku’s beauty is your ability, from your first bite to your last sip, to create your own experience.

“If money’s not an issue, omakasei is the only way to go. Omakasei means ‘trust the chef’ and all I have to ask you is, ‘Are you allergic to anything?’ I’ll typically send out seven to eight courses… It’s the best experience for someone that’s new. If money’s an issue, there are so many other options, because you can eat two skewers and a bowl of rice and be full. There are so many options—you could eat for $20 here or you could eat for $2000. That’s the best thing about this restaurant.” 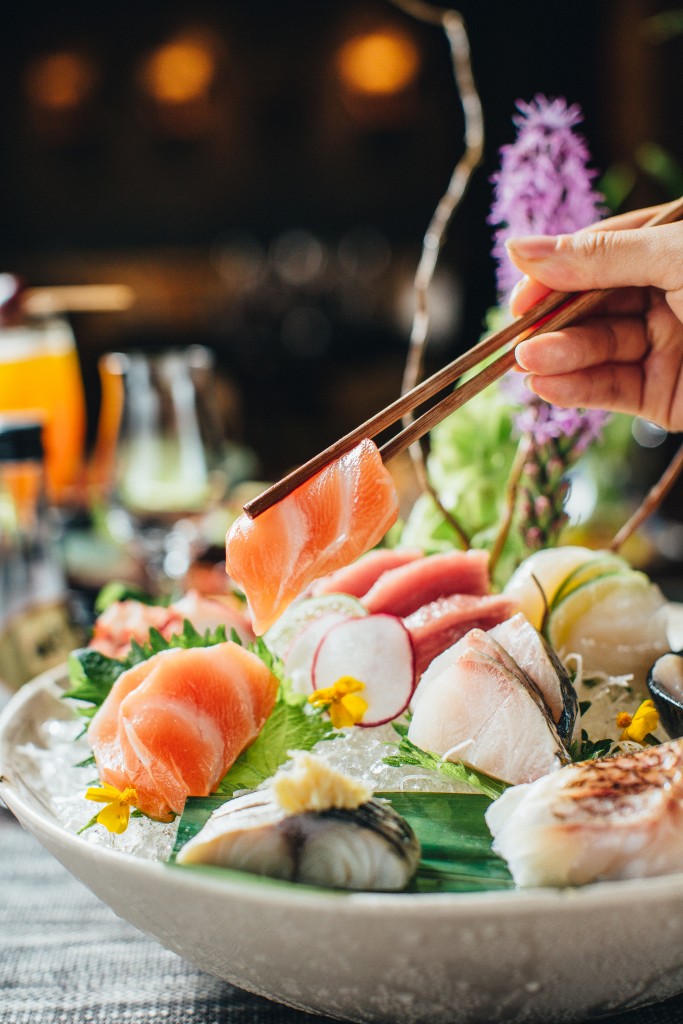 For Birdie, owning a modern Japanese restaurant isn’t just about adapting and adjusting to the desires of the customer to make money. He has greater plans in store. Charlotte, he says, isn’t necessarily known as a foodie destination, and some have claimed that that’s due to two reasons: the consumers are less willing to try new things, and those who are adventurous eaters travel to big cities like New York and Charleston to eat, thus focusing less on their own city. But Birdie is trying to change the tide with his long-term plan.

“You want to educate your consumers and if you make it through that, it’s very rewarding. You have to earn trust, you have to build that…Not everyone’s going to like you, but long-term wise, five, ten years, people will still come back and it’ll still excite them… Eventually, when they travel to other cities, they’re going to say ‘You know what? My city’s just as good, why am I flying to New York?’”

Whether you’re after one of the most incredible Japanese dining experiences you’ll find in Charlotte, or whether you’re looking for a simpler meal for an affordable price, Birdie guarantees that “at Baku, you’re going to have the best of the best.” If the sake-glazed chicken wing skewers are any indication, he’s not wrong.