Take the light rail to the New Bern station and you’ll see a wall of windows when you disembark, covered by an awning with the sign Eight and Sand.

On the North American railway, to call “eight and sand” after a departing railroad worker was the equivalent of yelling “break a leg” to someone about to mount the stage. In layman’s terms, it means good luck. The eight is derived from the fastest speed on a train throttle, while sand references sand applied to prevent slipping. Thus, the sign hanging above an awning adjacent to the New Bern light rail station bids passerby a swift and safe journey. It also marks the location of one of Charlotte’s newest eateries, brought to life by owners Grant Arons, Joe Locke, Jon Gajewski, as well as co-owners (and founders of Not Just Coffee) James and Miracle Yoder.

Primarily white with royal blue accents, the interior of Eight + Sand is airy and open. Light wood furniture rests aside no shortage of plants and a measured dose of open shelving. “I describe our interior as Modern Scandi,” says co-owner Grant Arons. “It’s a great canvas for letting the people, food, and plants stand out.”

In fact, it’s hard to imagine a setting in which the food would not stand out. Eight + Sand dishes out chef-inspired, scratch-made food in a counter service setting. Most ingredients are locally sourced, resulting in delectably fresh and sustainable dishes. Enjoy anything from breakfast sandwiches to house-made soup to artisan sandwiches and salads.

Bread anchors the food menu. The eatery uses heritage (non-GMO) Turkey red wheat. Eight + Sand stone mills it in house, grinding the entire wheat berry together, before transforming it into naturally leavened sourdough. The slow process results in breads that are more digestible, healthier, and better tasting. In fact, many diners with gluten sensitivity will find they can enjoy Eight + Sand bread.

On the weekends, the bread shines through a giant stuffed brioche french toast, clocking in at seven inches long and over an inch thick. “This french toast is what all other french toast aspires to be,” says Arons. Weekday breakfast offerings include the ricotta and jam toast—silky housemade ricotta smeared over stone milled sourdough toast and topped with seasonal jam. The most popular breakfast item, though, is the breakfast bowl. This delight is a colorful and flavorful blast of breakfast goodness containing Eight + Sand’s signature crunks (crispy potato bites), caramelized onions and peppers, sautéed kale, free range egg, avocado, and parsley pesto. Top off your breakfast with a pastry like a dulce de leche cruffin, whipped up by pastry chef Christa Smith.

Breakfast is served until four, when you’ll need to turn your eye to the lunch and dinner offerings (though you may want to do so before then). The most popular dishes are the panko chicken sandwich and the pastrami sandwich (featuring local beef cured in house for 14 days). However, vegetarians and vegans needn’t fret. Chef de Cuisine Collin Cook is a vegetarian and specializes in vegan and vegetarian cooking, as evidenced by his outstanding vegan banh mi, vegan philly, and the signature Eight + Sand salad.

With so many complex flavors and scratch made dishes, it’s easy to understand why Arons claims, “We aren’t your typical bakery or sandwich shop.”

The focus on quality expands beyond Eight + Sand’s food menu to its beverages. Trained by Not Just Coffee’s finest, the baristas at Eight + Sand brew Counter Culture coffee. They are ever eager to share their oat milk draft latte, infused with nitrogen gas for an extra creamy mouth feel.

The oat milk draft latte shares tap space with Eight + Sand’s adult beverage program. The program includes a rotation of five craft beers, wine, prosecco, sangria, and craft cocktail menu designed by Vivien Ross. Guests can take their weekend brunch to the next level with a bloody Mary. Or try a Spiked Pinegranate Mimosa, which uses a base of pineapple, pomegranate, and orange juice.

In the evening, opt for the Canyon Road. During a vacation in Santa Fe, Ross decided she’d drink cocktails containing Mezcal until she developed a taste for it. The Canyon Road is her nod to the experience and a gateway drink for Mezcal. It achieves next level smokiness with a flaming orange, balanced by the citrusy notes of orange curacao and lime juice.

Arons describes the first couple months of business as a soft opening for Eight + Sand. “When you mill flour and make all the bread and pastry in house, cure most of the meats, and don’t know what people will and won’t like, it takes some time to iron out the kinks.” Yet, as Arons looks to Eight + Sand’s future, he’s optimistic. “We have just unveiled our new menu, and we’ve added some fantastic new items and replaced things that weren’t popular. Ultimately, if our food tastes great and makes you feel good, we’ll have accomplished our goal.” 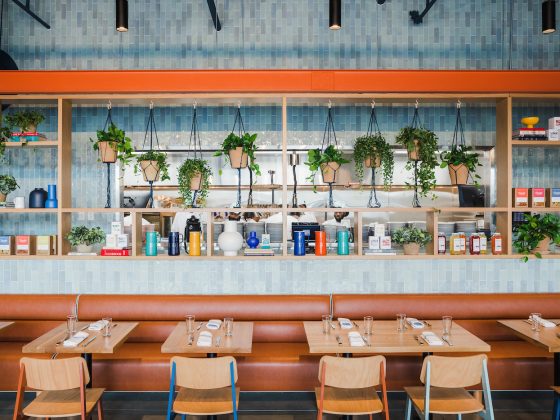 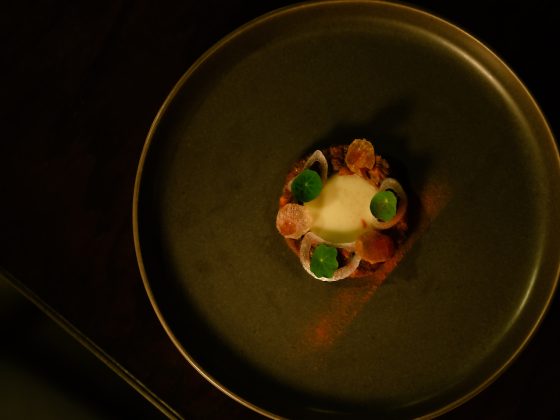 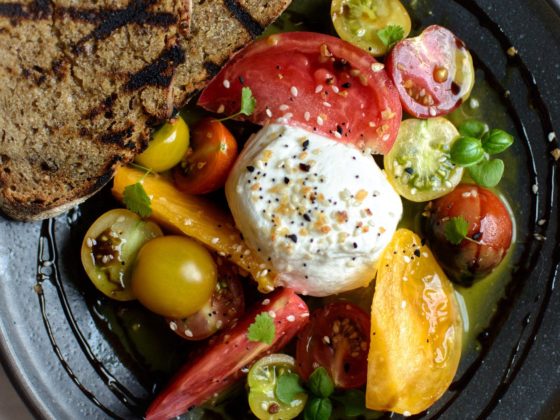 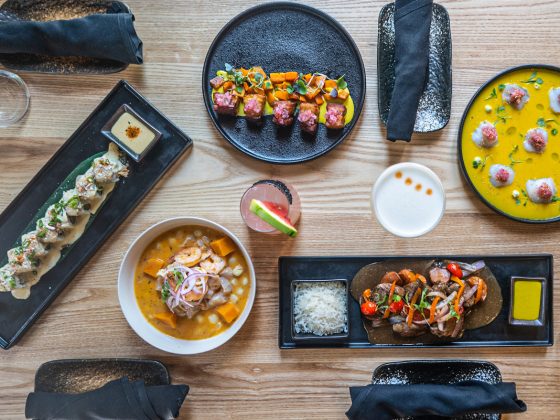 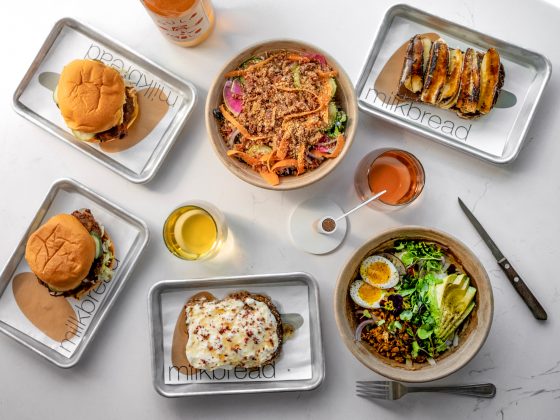 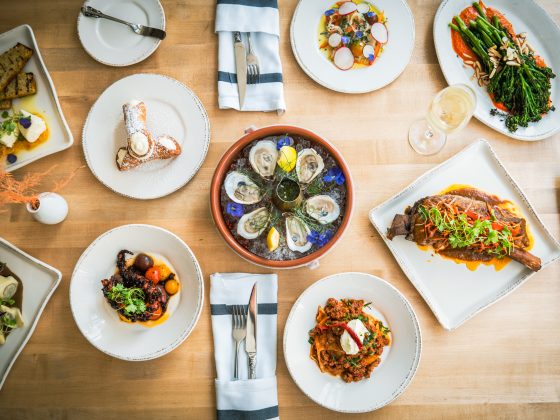