Hodges Taylor SILHOUETTE opens Friday, November 3 with the works of Lynn Saville and Ahmad Sabha. The art discloses aspects of the city that usually go unnoticed, because we are routinely absent at certain hours or our routine presence takes them for granted. Both inspired initially by New York City, Saville and Sabha offer two takes on oftentimes out-of-sight structures and sites found in every major metropolitan. Lynn Saville, born in Durham, North Carolina, lives and works in New York City.

She specializes in photographing cities and rural settings during, as she describes it, “the boundary times between night and day.” Ahmad Sabha, of Acre, Israel, is a civil engineer for the City of Charlotte. Inspired by the water towers and silos that punctuate a city’s skyline, Sabha’s ceramic and metal sculptures reinterpret these utilitarian structures. Through diverse mediums, their work discusses the city as subject in a way that is both reverent and revealing. 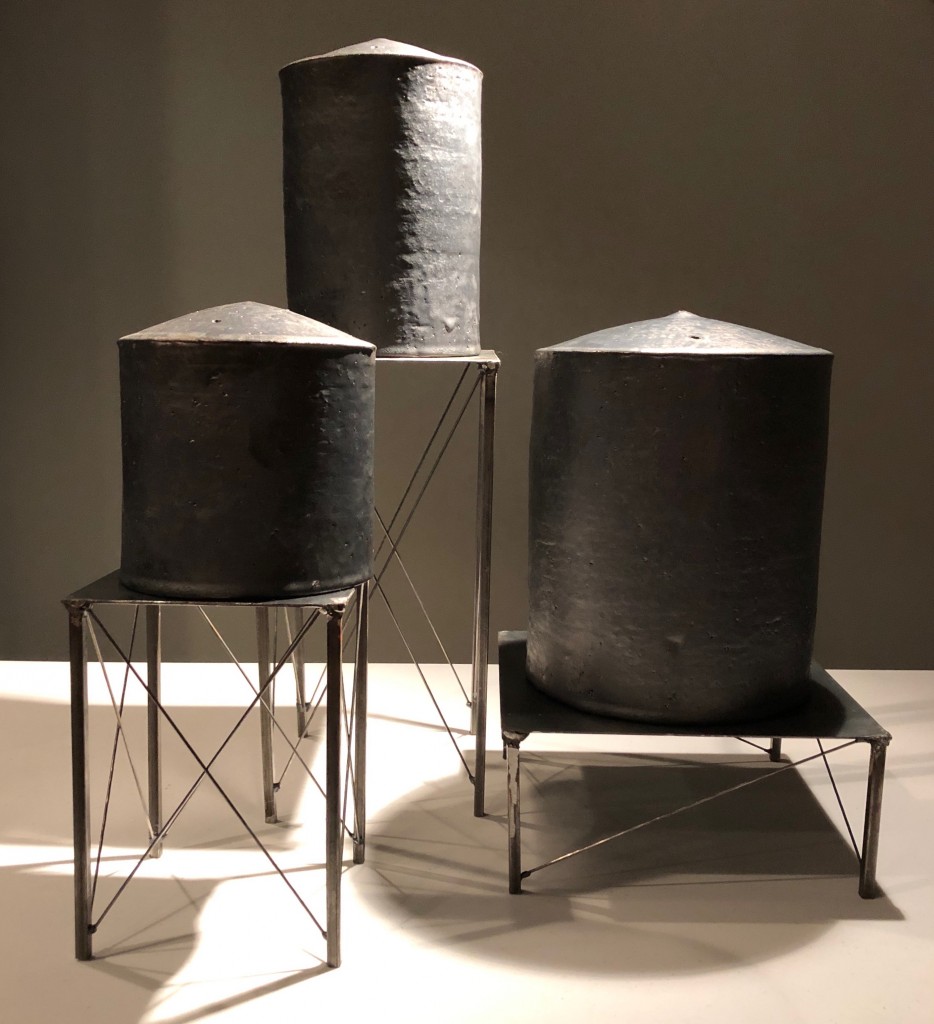 Hodges Taylor Art Consultancy began as Hodges Taylor Gallery in 1980 through a partnership between Dot Hodges and Christie Taylor.  The gallery, respected throughout the Southeast, started with a phone call. Christie Taylor had managed a Charlotte gallery and admired Dot Hodges as a patron in the community who avidly supported regional artists. Taylor called Hodges to pitch the idea of teaming up to promote selected Southeastern artists. Each brought a group of artists to the partnership and Hodges Taylor was born.