If there’s one thing that always get this city excited, it’s restaurant openings. So, when the news that Optimist Hall, a first-of-its-kind food hall, was opening between Uptown and NoDa, the word spread like wildfire. How big would it be? What kind of building would it take over? Which eateries would move in?

Many have speculated over the months, but the guessing game is finally over. While Optimist Hall officially opened early August, many vendors didn’t get a chance to get into their space until September—and more will continue to move in. As new vendors open their stalls, Optimist Hall is officially ready for guests of all ages.

Built in the center of Optimist Park, the hall signals a revitalization of the area to many locals. The area, once a booming textile center, has seen many of those factories abandoned as the textile production industry moved overseas. Optimist Hall sits within a historic mill building originally built in 1892. The updated space pays homage to its roots by keeping as much of the original style as intact as possible. Much of the original flooring was used, as well as the original brick from the walls. The updates came in the form of fresh coats of paint and reclaimed windows and tables, lots of greenery, and playful smiley faces that make up the Optimist logo. With seating for over 650 guests and wide outdoor patio spaces, Optimist Hall won’t likely be getting overcrowded any time soon. 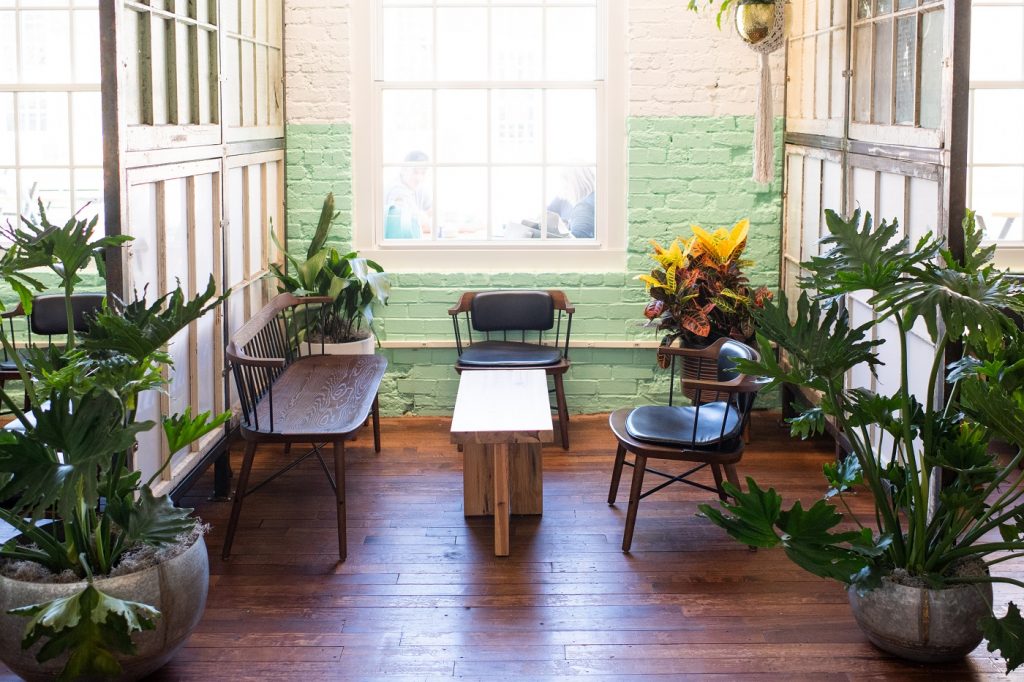 For those looking to find their new favorite food stop, Optimist Hall is sure to impress. Many local favorites have opened up shop, including The Dumpling Lady, Papi Queso, Suárez Bakery, Bao and Broth, and Undercurrent Coffee. The space also features bars and breweries, such as The Spindle Bar and Fonta Flora Brewery. With both sit-down and to-go options, as well as a wide range of different cuisines, Optimist Hall has something for every foodie to enjoy.

At nearly 135,000 square feet in space, Optimist Hall is big—big enough to be more than just a food hall, according to its founders. At its heart, Optimist Hall is meant to be a mixed-use building, a place where many different industries can come together. 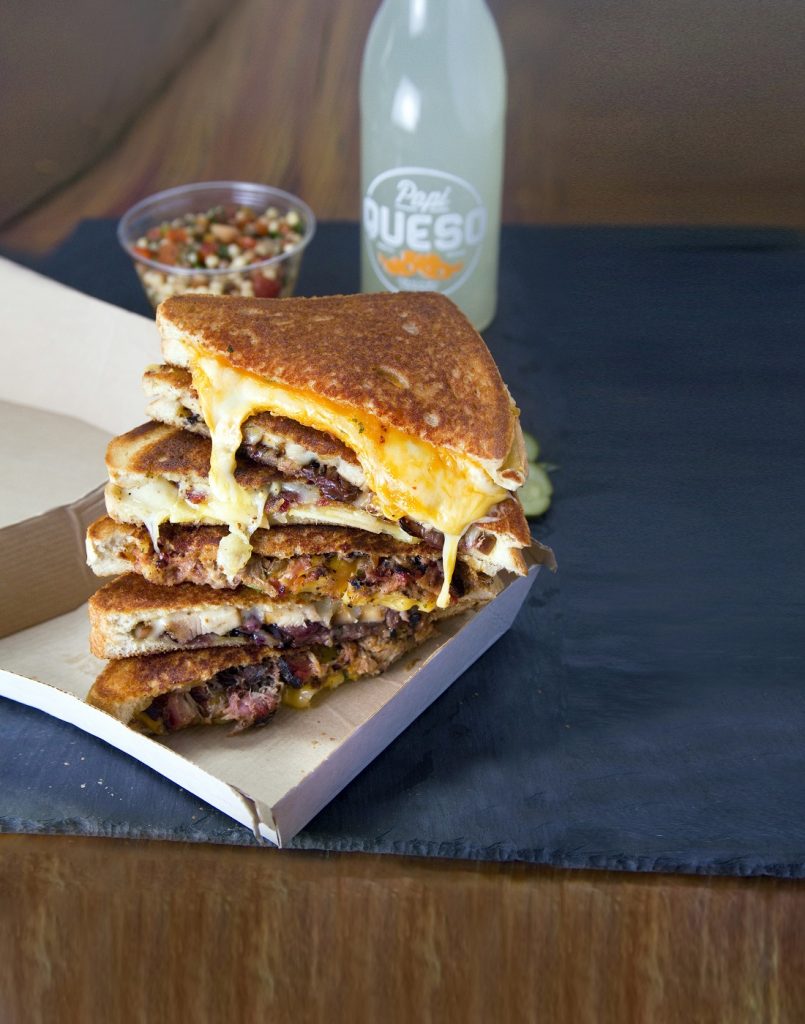 While the eateries undoubtedly draw in most of its customers, Optimist Hall also brings in crowds for its retail stores and offices, and people looking for a communal space to set up their laptop and hang out for awhile. So far, the retail spots include Pet Wants, a local pet food store specializing in hand-cooked small-batch food, and Archer Paper Goods, a stationary store with other locations in Atlanta and Dallas. Businesses looking to have a creative HQ in the area can take over any of the offices up for rent. 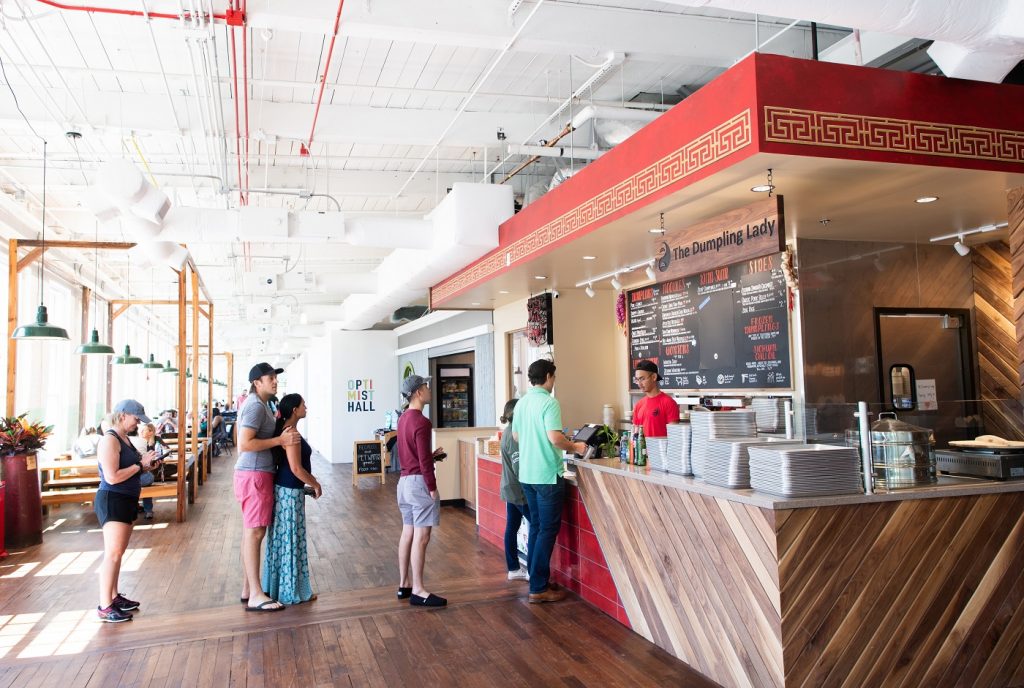 Optimist is an ambitious undertaking, but it’s one that has garnered support from many locals and small businesses and ushered in a new era for Charlotteans. Whether it’ll become the spark that causes more development in Optimist Park remains to be seen but for now, we’ll flock there often to enjoy the good food, fun shops, skyline views, and the historic neighborhood.