Shanghai: It’s China’s biggest metropolis, one of the most populated cities in the world, one of the most prominent global financial centers, and one of the places I’m proud to call home. After living in Shanghai for eight years, I have grown to love the character that is such an integral part of the city’s identity. It’s a city of contradictions: old and new, East and West, the glam and gritty.

Walking through the French Concession and along the Bund, you’ll see sophistication, luxury, bright lights, throngs of men in suits and women in heels, and a clash of cultures and eras expressed in the French architecture on the Puxi side juxtaposed with the modern skyline along Pudong.

Walk a little further out, and all of a sudden, you’re in a completely different world. Gritty streets lined with street vendors selling mystery meat on sticks, small hole-in-the-wall stores selling fresh produce and flowers, tantalizing noodle shops hidden behind greasy windows, and locals walking around without a care in the world, in their pajamas of course.

As a little girl moving from Los Angeles to Shanghai, the culture shock was real. Eleven years ago, Shanghai still hadn’t hit its economic boom, so it was a vastly different place from what it is today. As I’ve gotten older, I’ve learned to appreciate my childhood home where I spent my most formative years. I grew up with Shanghai and I witnessed Shanghai grow with me.

Throughout the years, I’ve curated a list of go-to places to explore, eat, and drink. It can be hard to avoid the crowds with a city of over 24 million people, but that’s just part of what makes Shanghai unique. All of these places hold a special place in my heart and may not necessarily be the most glamorous, but I find myself going back everytime I’m in the city. Even if you’re only in town for the weekend, you can still discover for yourself what makes Shanghai so incredible. 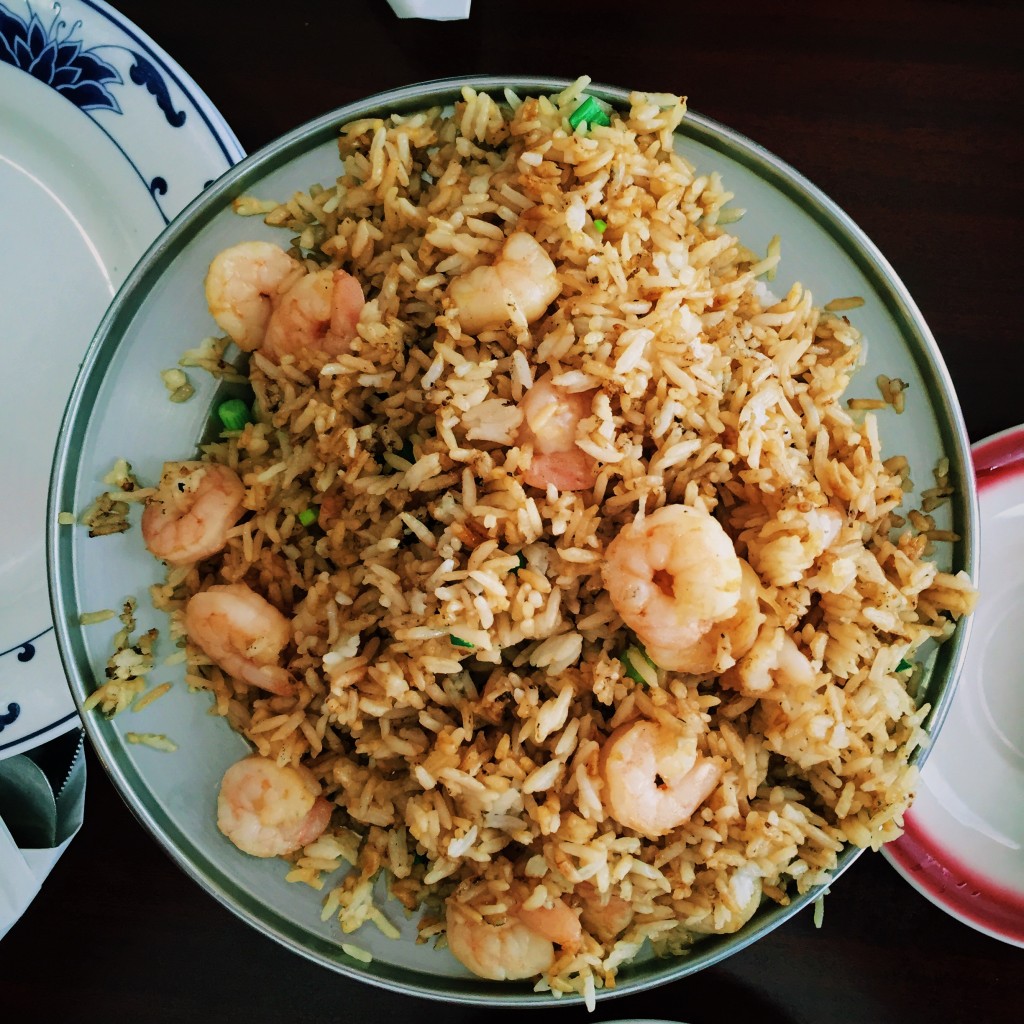 FRIDAY
To fuel your day, stop by Wagas to grab a quick bite to eat. There are multiple locations throughout the city that offers tasty salads, pastas, sandwiches, and even Asian dishes, like curry. Next, head to XinTianDi for a walk through one of Shanghai’s most notable and affluent districts. Here, you’ll find shops, restaurants, and even a movie theater. Nearby is NanJing Rd.—the shopping hub for hordes of people on the weekends. If you’re not a fan of crowds, I would steer clear cause this street can sometimes feel like the entirety of Shanghai’s population happened to find itself in this one area. The stores aren’t necessarily the best around, but as Shanghai’s main shopping street, it’s definitely worth a visit. Hopefully you’ve worked up an appetite by now and xiao long bao’s are the perfect way to satisfy any hunger. Din Tai Fung is well-known throughout the world for their soup dumplings and Shanghai has plenty of locations. I would recommend their Dan Dan noodles, cucumber salad, and pea shoots as well.

Nightlife is vital to Shanghai’s culture. If you enjoy hookahs, cocktails, and funky Moroccan decor, look no further than the chic Barbarossa, located in People’s Park. No vacation in Shanghai is complete without visiting The Bund and the French Concession as well. I love exploring the area at night because the entire area is lit up with colorful lights that really reveal the contrast between the two sides of the river—on one side, you can see old French architecture from the colonial era, on the other, the vibrant, modern, iconic skyline that Shanghai’s known for.

Late night eats is another key aspect of Shanghai nightlife. If you’re adventurous and willing to face the possibility of an upset stomach the next morning, you can opt for the various street vendors selling meat sticks, fried rice, dumplings, and fried noodles. They’re greasy, cheap, and delicious. If you’d rather sit down in a restaurant, Bellagio is the go-to late-night spot that serves typical Taiwanese dishes. I opt for the fried noodles and my favorite dessert, mango and sago in coconut milk with pomelo—so refreshing.

SATURDAY
Start your day with lots of fresh vegetables at Sproutworks. A few of my favorites are the roasted cauliflower with mint and feta, the portobello mushroom sandwich, and the beets with blue cheese, cranberries, and candied pecans. There are also multiple locations throughout the city, but from the XinTianDi location, TianZiFang is just a twenty minute walk away. TianZiFang is a pedestrian area nestled in the French Concession that’s home to art galleries, quirky boutiques, bars, restaurants, and more.

Next stop, one of the most peculiar sights in Shanghai, the marriage market. In People’s Park every weekend, parents set up shop advertising only one thing—their children, in the hopes of finding a suitable mate. You’ll see parents standing next to posters with photos and descriptions of their children, standing in the sun waiting for the right match to come around. It’s a sight to see. Walking around any park in the evening has a surprise in store. You’re likely to find a gang of grandparents synchronized dancing or doing taichi.

Liquid Laundry is a funky gastropub that’s a great stop for dinner. It serves Western fare, like pizzas, salads, and burgers, and it’s even got it’s own brewery with twelve drafts on tap. I’m in love with their truffle fries, kale salad, and Fancy Pants pizza. For a night-cap, stop by the speakeasy inspired, Senator Saloon. This little joint takes you back to the Prohibition era with its dark, swanky decor and extensive cocktail list. If you want classic, go for the Manhattan, Whiskey Sour, or Old Fashioned. For something a little more innovative, my go-to is the Bee’s Knees—gin, lemon juice, and lemongrass infused honey.

SUNDAY
Early mornings call for coffee. At SeeSaw Cafe on YuYuan Rd., you get good coffee in an even cooler setting. The cafe looks straight out of a design magazine and is the perfect spot for that artsy instagram post. The last stop before leaving Shanghai will take you back in time to an old water town that has been around for over a thousand years. Zhujiajiao is one of the most well-preserved ancient towns in Shanghai. Here, you’ll weave through narrow streets home to small vendors selling knick-knacks, cross historic bridges that have been around since the Ming and Qing dynasties, and even stumble upon a peaceful Buddhist temple.