It’s not until we’re bump-bump-bumping along the runway, quickly gathering takeoff speed, that my pilot tells me the amphibious sports aircraft about to lift me into the air is a ripe 70 years old. With an involuntarily quick swivel, I turn to look at Edgar “E.T.” Tello.

“Really?” I blurt through the bulky radio headset weighing down my ears, trying and failing to sound as thrilled (and undaunted) as he is by this revelatory fact. 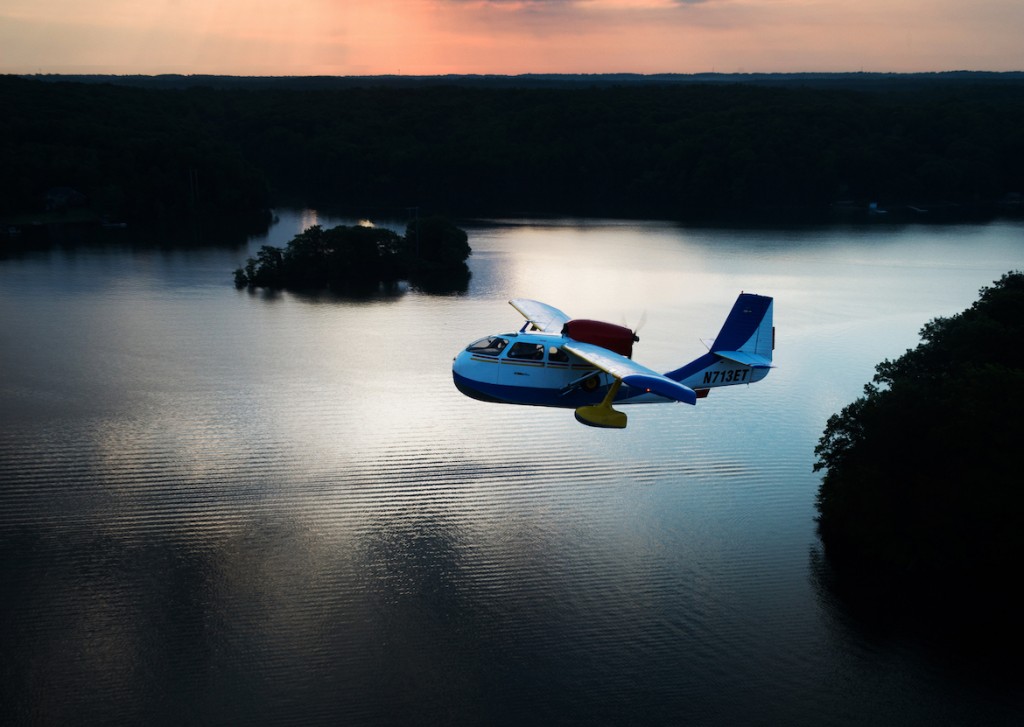 E.T. just grins. We’ve no time for further discussion. He continues speaking over the radio things he’s examining, making his way down some checklist only he can see. All of these things are required for a successful takeoff—but I couldn’t possibly say what half of them they were. As the North Carolina Field Director of the Seaplane Pilots Association, he surely knows what he’s doing. One of the last things we do, incidentally, is close the front windshield. I hadn’t really considered what leaving that open might mean. Now I’m glad he closed it.

And suddenly: The the dewy green of the Long Island Airport runway is gone. There’s nothing below us but western Lake Norman, waxing splendid in the dawn light. We’re ascending quickly, but I can’t feel it. This little aircraft is defying gravity, but it doesn’t seem like gravity’s putting up a fight. 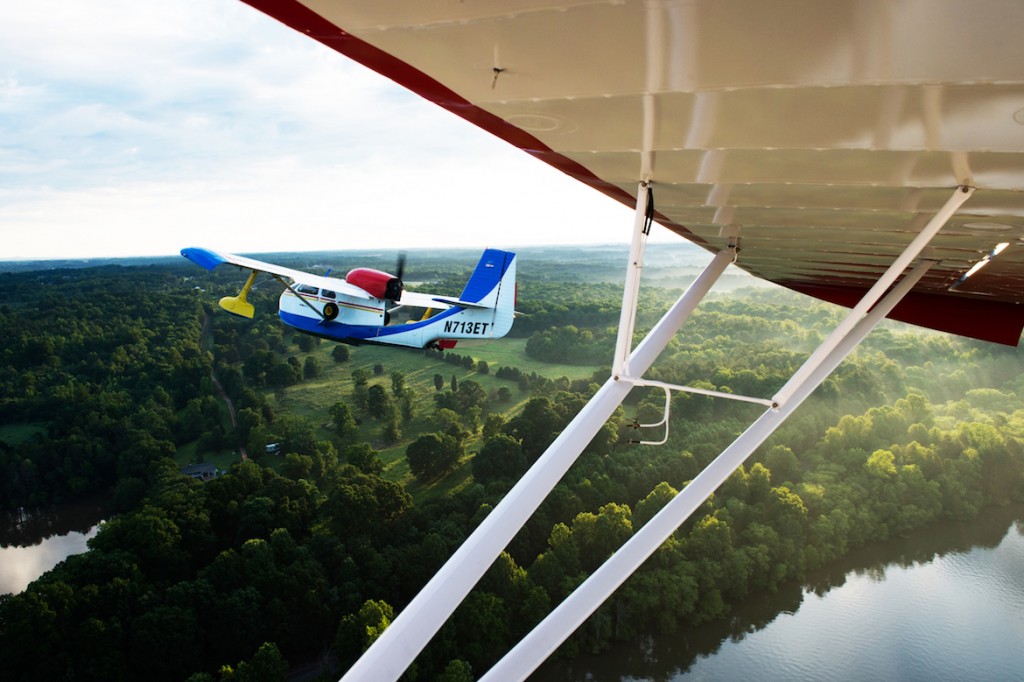 These views are the real aerials: The earthy blues and greens of Catawba, North Carolina are splayed out below us like a multimedia canvas whose paint never dries.

“I thought small planes weren’t smooth flying?” I ask, incredulous, watching the sun climb slowly above the Catawba trees and into the sky with us.

E.T. cracks a knowing smile again, not the slightest bit perturbed by this little plane myth.

“They’re the smoothest.” If everyone knew how absolutely blissful this experience is, they’d be crowding up the airspace.

Way up here, I’m realizing quickly that the satellites never get it right. There’s a life to the land below us that those big space cameras just can’t capture. These views are the real aerials: The earthy blues and greens of Catawba, North Carolina are splayed out below us like a multimedia canvas whose paint never dries. Morning mists swirl through the woodlands, creeping through the shaded regions to hide from the sun’s ever-widening rays. The occasional early-rising boatsman arcs across one of the many cool, quiet coves, and the rest of Lake Norman—looking much like an Edenic nature reserve from up here—sleeps.

And then there’s another plane on the horizon.

“Morning, E.T.,” comes the calm voice of Michael “Mikey” Matthews over the radio.

Mikey is co-owner of Piedmont Puddle Jumpers, a flight school based on Lake Norman. He dragged himself out of bed before dawn to come fly with us. An hour ago, before we had our wings, before we made friends with the sunrise, I would’ve thought him crazy. Now, I realize it must’ve been thoroughly frustrating to wait for the light—Mikey’s plane isn’t night-equipped. 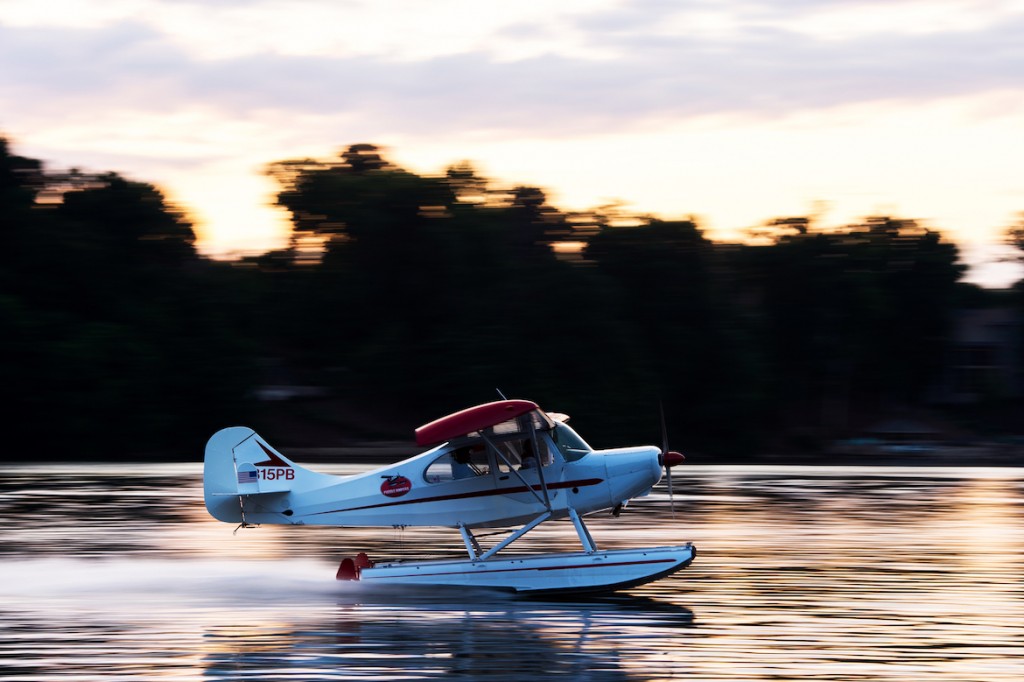 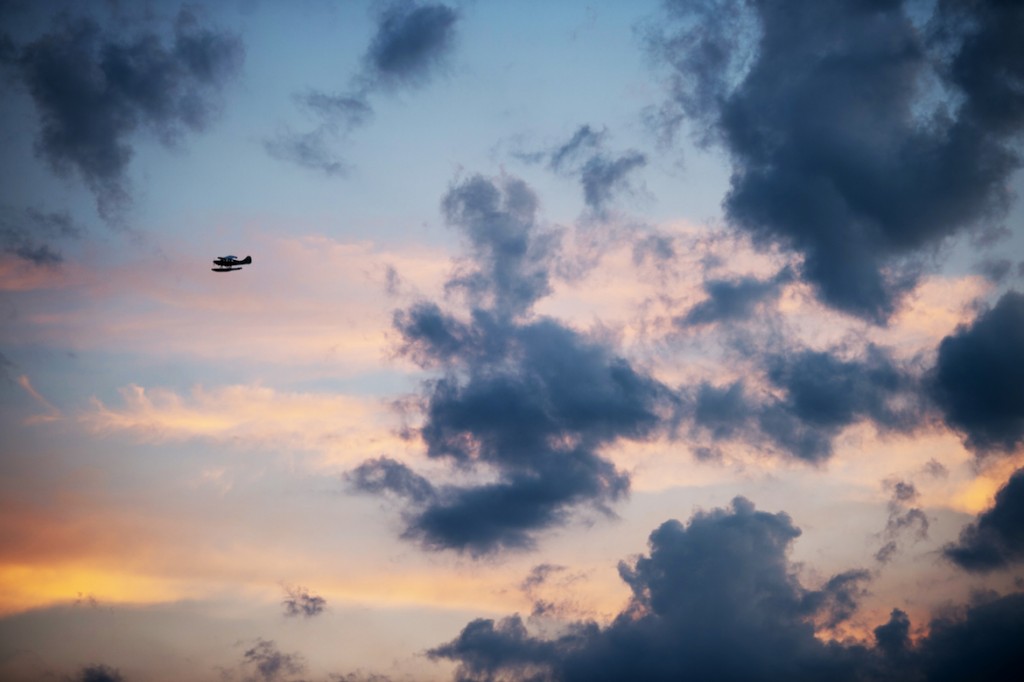 E.T. is constantly aware of Mikey’s position, even pointing the Puddle Jumper out to me when he’s far away. I can’t see him. Bad eyes make bad pilots, I guess.

Now the white plane sidles up to us. We’re flying in formation, a technique that E.T. tells me takes years to learn. And then we land, side by side, on the water. For the second time today, I can’t believe how idyllic this all is.

We’ve got ropes and an anchor in the back seat, for mooring ourselves to an island or dock. I must be looking at these tethers rather mournfully: E.T. laughs, and starts the engine back up. 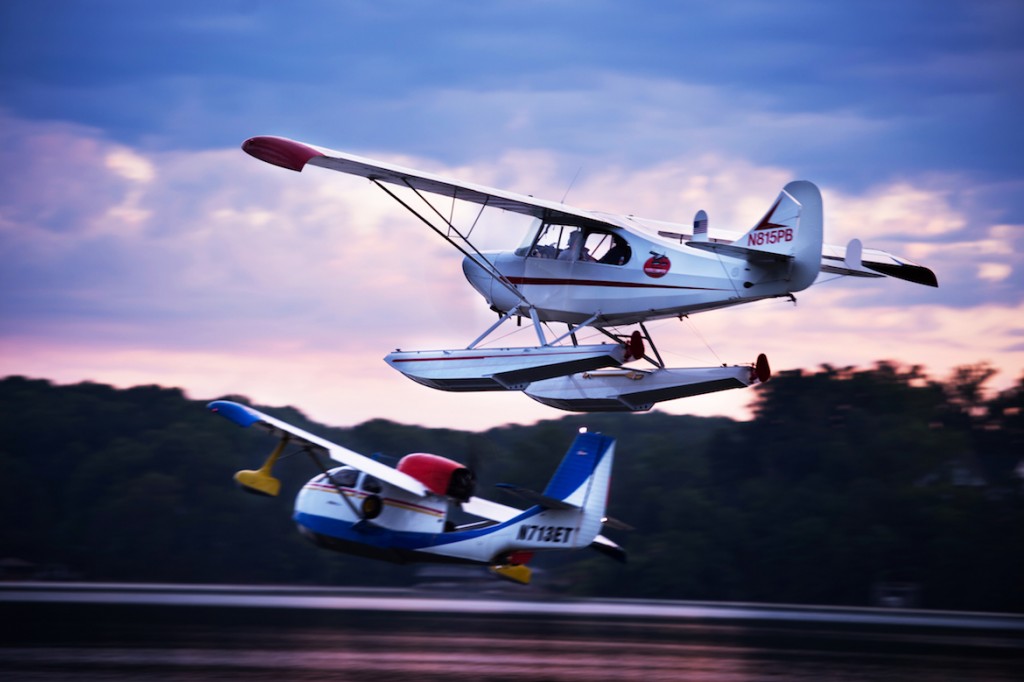