Summer meals in Charlotte just got a little more exciting…

When it comes to cooling off in the heat, I’m sure most of us automatically think of ice cream, popsicles, and smoothies, but why do our options have to be limited to dessert? All around the world, cultures have different dishes dedicated to the seasons.

Just as winters are the time for warm, hearty soups and stews, summers call for light, refreshing meals that rejuvenate the body. The world is full of delicious summer dishes, so let’s take a seat, expand our palates, and grab a utensil for dishes like naengmyeon, a chilled Korean noodle dish, borscht, ceviche, or halo halo to cool off. This summer, we’re exploring what the world has to offer in our own backyard. Here’s a list of international meals made for the summer that you can find right here in Charlotte.

First, we’re heading East to start our summer meals world tour in the land of cherry blossoms, temples, zen gardens, ultramodern skyscrapers, and a distinctive pop culture like nowhere else: Japan. When the summer heat hits, whether you’re caught in the never-ending hustle n’ bustle of Tokyo or the tranquil mountains of the countryside, there’s one recipe that’s sure to satisfy all taste buds while offering a sweet respite from the heat. 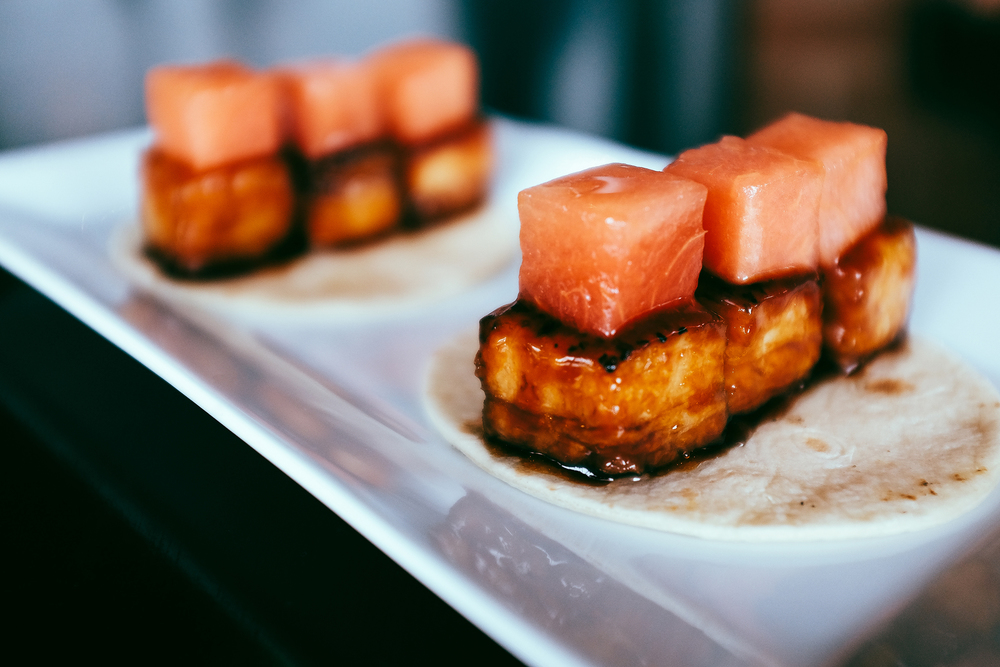 Zaru Soba is a chilled noodle dish that’s as fun and interactive as it is delicious. It’s made with buckwheat flour and a dipping sauce called tsuyu made of soy sauce. The noodles are served in a strainer with the sauce on the side. To eat, just dip the noodles, add toppings like green onion and wasabi, and slurp away!

To get your fix in Charlotte, head to Musashi Japanese Restaurant, where you can find Zaru Soba along with a plethora of other authentic Japanese dishes. Agedashi tofu, tempura, ramen, udon, sushi, and bento boxes are a few of their other selections.

Up next, we’ve got another cold noodle dish from Korea, this time it’s got a bit of a kick. Naengmyeon is a noodle that’s made of buckwheat, sweet potato, and arrowroot, which makes it a little chewier and springier than soba noodles. There are two variations of the dish — Mul naengmyeon, which is served in an ice-cold, vinegar-y broth, and bibim naengmyeon, which is made with the same noodles but mixed in a chilled, spicy sauce made of gochujang, or Korean chili paste.

My go-to is always bibim naengmyeon, because I love the contrast between the coldness of the dish and the heat of the chili paste. The noodles are served with cucumbers, carrots, pears, kimchi, and topped with a boiled egg and sometimes, slices of beef. 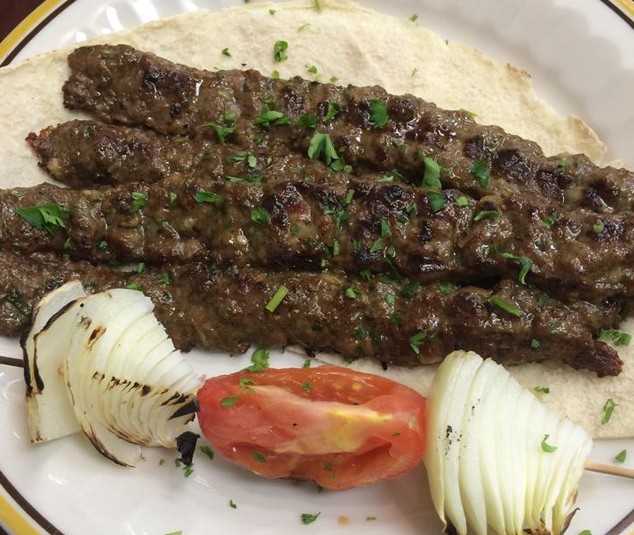 Charlotte isn’t necessarily the biggest hub for Korean food, but for those of you looking, PePeRo offers an extensive menu of traditional Korean fare, featuring dishes like dukbokki, rice cake fried in a spicy sauce, kimchi jeon, kimchi pancake, mandoo, korean dumplings, and most importantly, bibim naengmyeon. This small joint is also located in an Asian food grocery store, so you can shop around and grab some tasty Asian snacks after your meal.

We’ve got two refreshing dishes from our next destination: Vietnam. An appetizer that’s already popular in the US is called Gỏi cuốn, or fresh spring rolls, made of pork, prawn, or tofu, rice noodles, mint, cucumber, lettuce, and cilantro, wrapped in rice paper and dipped in a delicious peanut-hoisin sauce.

It’s a light and refreshing dish that’s perfect to whet the appetite for the rest of the meal. The second dish is, surprise, another noodle dish! It’s the last one on the list and one of my favorites — Bún chay. This dish is a cold vegetarian noodle salad made with rice vermicelli, lettuce, bean sprouts, mint, cilantro, and cucumber, topped with chopped peanuts, and doused in a sweet-salty-sour sauce consisting of lime juice, soy sauce, sugar, and garlic. It’s absolutely delicious and surprisingly healthy.

Lang Van is a small, simple Vietnamese restaurant that has one of the largest menus I’ve ever seen. They serve all sorts of Vietnamese cuisine and they even have an entire section dedicated to vegetarian dishes. With nearly 20 types of bún and an overwhelming variety of other rice and noodle dishes, there really is something for everyone.

We’re staying in the Southeast for dessert in the Philippines. Halo halo is a specialty dessert that can be found on the streets and in restaurants all throughout the country.

The English translation literally means “mixed together,” which is fitting since the dish features shaved ice and condensed milk mixed with a variety of colorful ingredients, including sweet beans, coconut, sago, fruits, agar jelly, and topped with yams, ice cream, or flan. The dessert is an explosion of colors, textures, and flavors — from creamy, to gelatinous, it’s an adventure in and of itself.

Joel’s Asian Grill is located in Mooresville and probably one of the few places, if not the only place, that serves this traditional Filipino dessert. The serving is huge, enough for three to four people, which makes it perfect for sharing.

If you’re in the mood to try out other authentic Filipino dishes as well, they have a whole menu dedicated to the underrated cuisine, including pansit, stir-fried noodles, adobo, meat stewed in a delectable sweet and savory sauce, lechon, deep fried pork belly, and sinigang, a soup flavored with tamarind.

Heading West, we stop just before arriving in Europe for some meze, a fundamental aspect of Middle Eastern, Arab, and Mediterranean cuisines. Typically eaten as an appetizer, mezes include a wide spread of small dishes that vary depending on where you are geographically.

The Mediterranean spread most Americans are familiar with includes small plates like hummus, babaganoush, tabouleh, falafel, labneh, and fattoush. Mezes are great for any social occasion since they encourage sharing, conversation, and are more intimate since they’re meant to be eaten with the hands. 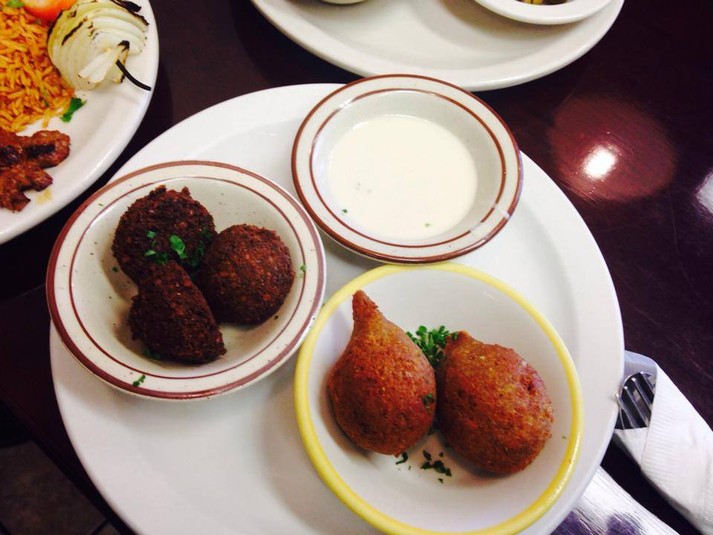 There are plenty of Mediterranean-influenced restaurants throughout Charlotte, but few offer an authentic spread of meze. La Shish Kabob has an appetizer combo that’s basically meze, with a choice of three items between dishes like hummus, babaganoush, tabouleh, falafel, dolma, and kibbeh. They also have plenty of other options if you’re looking for something heartier, like sandwiches, kabobs, gyro, and shawarma.

Our next stop takes us to Italy — the land of pizza, pasta, and gelato. But we’re not having any of that this summer. When it’s just too hot to bear, the Italians opt for some delicious bruschetta. What’s not to love about grilled bread rubbed with garlic and topped with chopped fresh tomatoes, onion, and basil tossed in a light olive oil and red wine vinegar dressing? Sounds almost perfect to me. It’s light, simple, easy to make at home, oh-so-refreshing, and downright delicious.

There doesn’t seem to be a shortage of Italian joints – Vivace, Pizzeria Omaggio, Mama Ricottas – in the Queen City and many of them offer bruschetta. Some serve it in the traditional style, while others add an innovative twist. There are plenty of great options that are already well-known, but one of the lesser-known restaurants that definitely deserves your attention is Dolce Ristorante, tucked away in a strip mall on Kenilworth Avenue. It serves authentic Italian foods, such as Linguine al vongole, veal marsala, house-made gnocchi, chicken parmesan, and tiramisu, just to name a few.

Taking a short jaunt across the border, we head to Andalusia in the South of Spain for a delicious summer soup, Gazpacho. Served cold and made with lots of raw vegetables — tomatoes, cucumbers, bell peppers, and onions, this soup is incredibly fresh, light, and ideal for hot weather. Take note those of you who are gluten-free, the soup is typically thickened with bread, so double check with the restaurant if you are unsure. Don’t fret though because you can find a ton of gluten-free gazpacho recipes online. 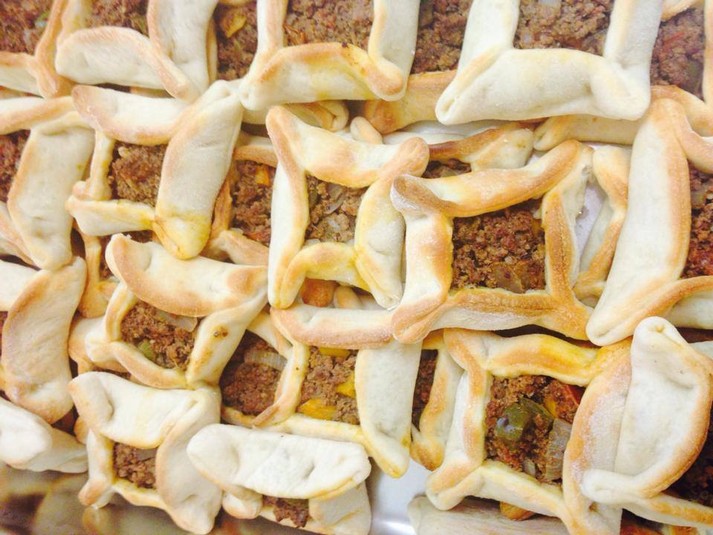 Moving East, borscht is the colorful summer treat in Eastern Europe. Originating from Ukraine, this vibrant dish is made with beef or fish stock, carrots, onions, potatoes, cabbage, dill, red wine vinegar, and of course, beets for the distinctive purple color.

There are two varieties of the soup, one for the summer and one for the winter. The winter borscht is a little heartier and served hot, while the summer borscht is chilled and on the lighter side. It’s cool, refreshing, and complex. Plus, who doesn’t want to eat something that looks like a piece of art?

Although the dish is of Ukrainian origins, the family-owned Russian restaurant Babushka’s Pierogi offers delicious Eastern European fare. They serve cold borscht everyday and hot borscht every Thursday and Friday, along with other typical European dishes like goulash, braised cabbage, Russian meatballs, cabbage rolls, and of course pierogis. 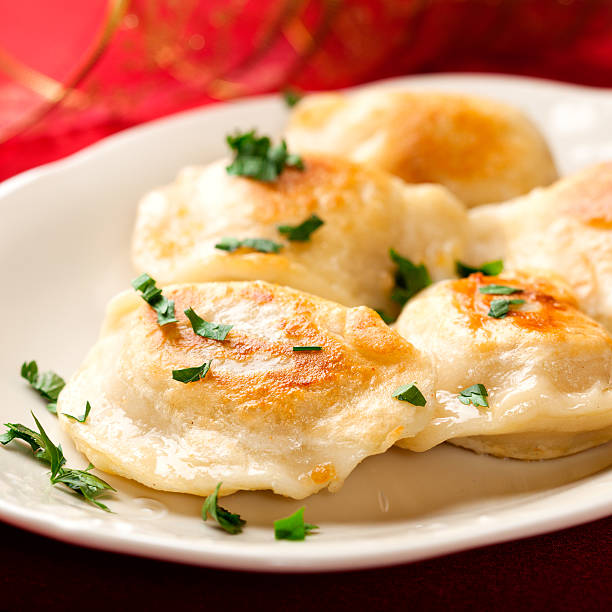 The last stop on our list takes us all the way to Peru for the popular seafood dish that automatically comes to my mind when I think, “summer meals” — ceviche. Raw fish cured in lemon or lime juice with onions, cilantro, and peppers and typically served with plantains, avocado, or other vegetables.

Ceviche can be found all over Latin America, but each culture adds its own little flair. The method of “cooking” remains the same, but garnishes and fish vary. Sea bass is typically used in Peru, while shrimp is used more in Ecuador, and halibut in Chile, for example. Garnishes that differ in the various Latin American countries include tomato sauce, olives, Worcester sauce, habanero, and coconut milk.

When it comes to ceviche, freshness is key. Since the fish isn’t technically cooked, it has to be as fresh as it can be. With an extensive sushi menu as well, we know Soul Gastrolounge is serious about their seafood. Their shrimp ceviche is cured in lime juice and coconut milk and served with crunchy plantain chips. Yum.

Well, we’ve come to the end of our world tour. We hope we’ve made your summer meals a little cooler and inspired you to get out there and taste some new restaurants and new dishes you may not have even known of!