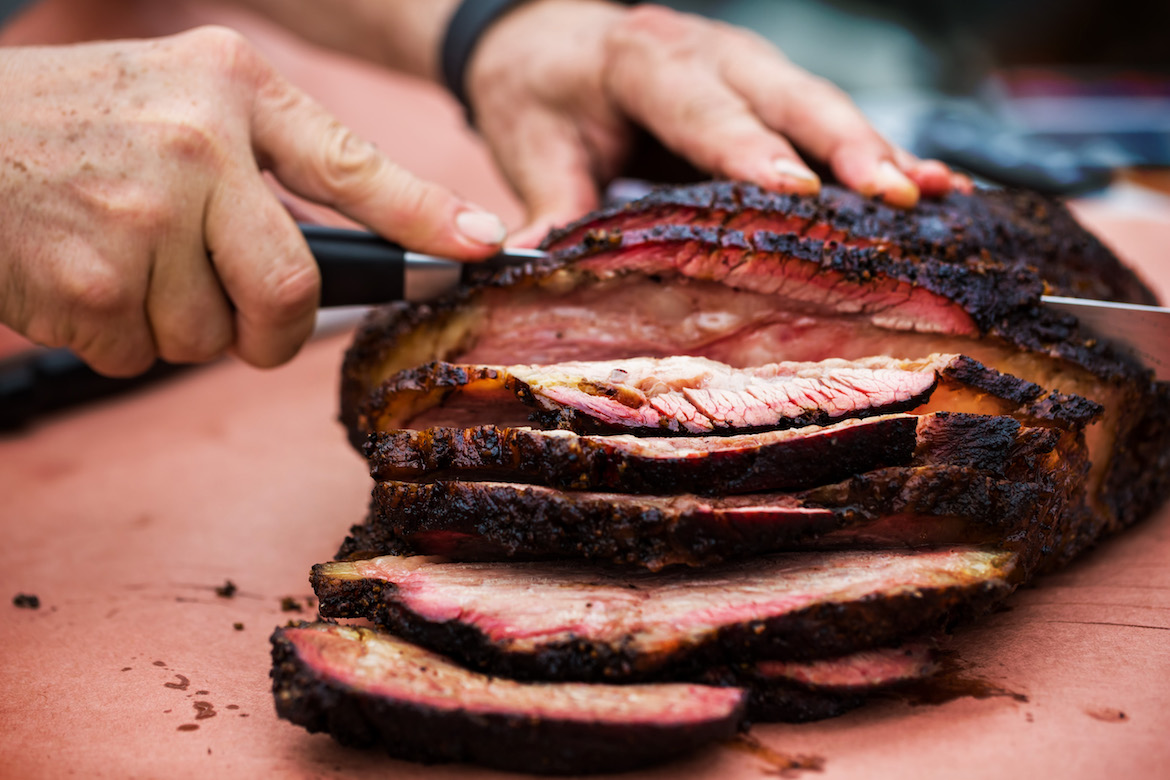 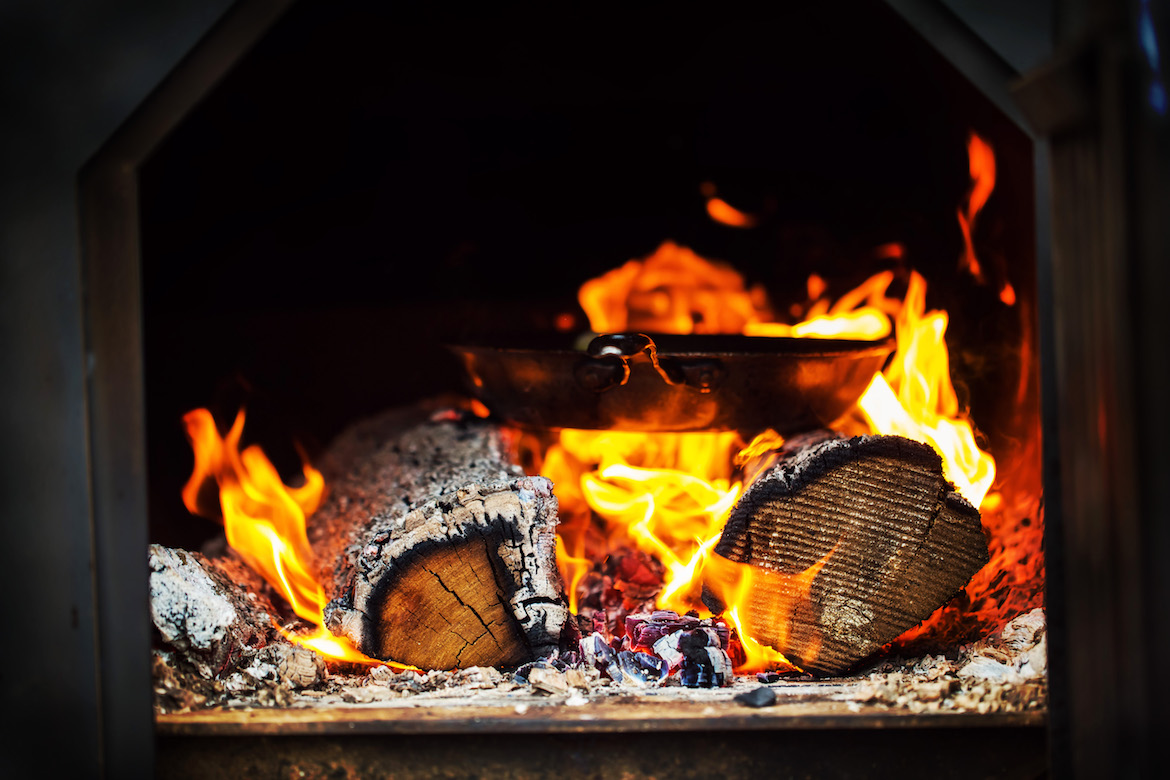 “You’re getting a barbecue restaurant to come to your house and serve you what we’re going to serve at Noble Smoke,” Jim says, clarifying the concept.

If Beulah is the brawn of the organization, Jim’s Director of Catering, Sarah Wrenn, is the brains. Not long ago, Sarah called Jim one day when she was in a tough spot.

“I was in a pickle, and needed somebody to smoke a lot of meat for a lot of people,” Sarah recalls matter-of-factly, sounding a whole lot like Jim Noble himself. 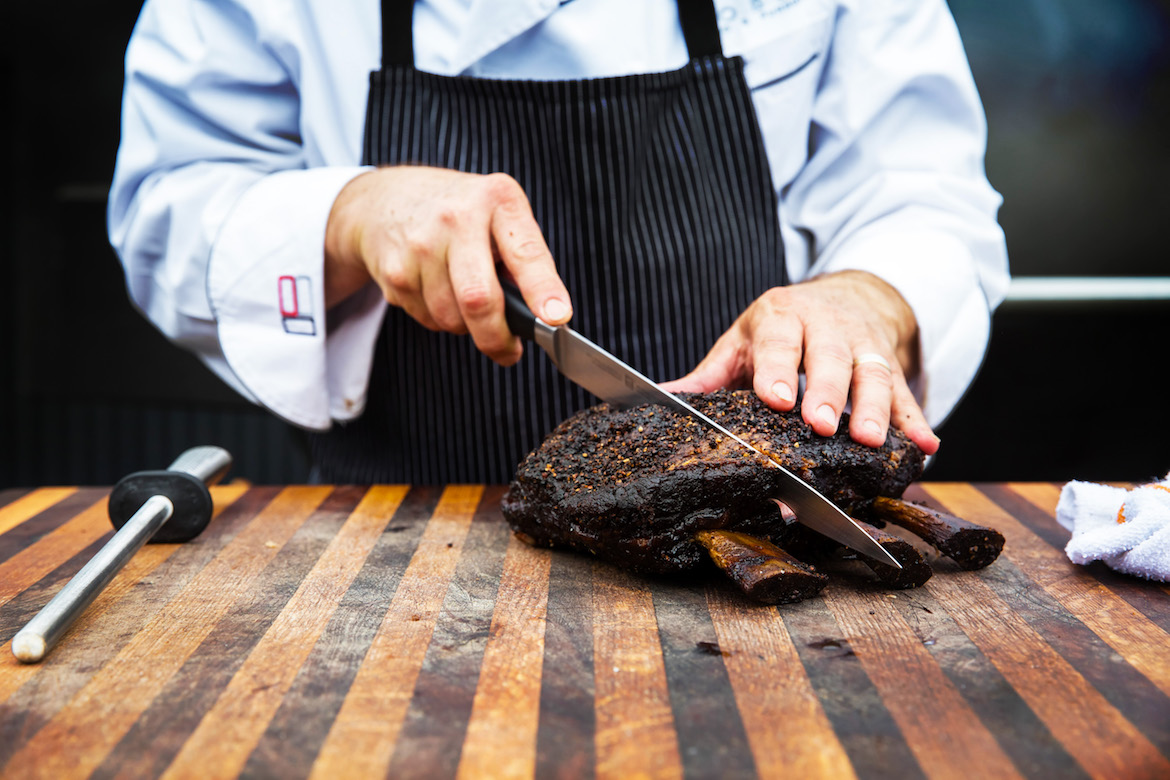 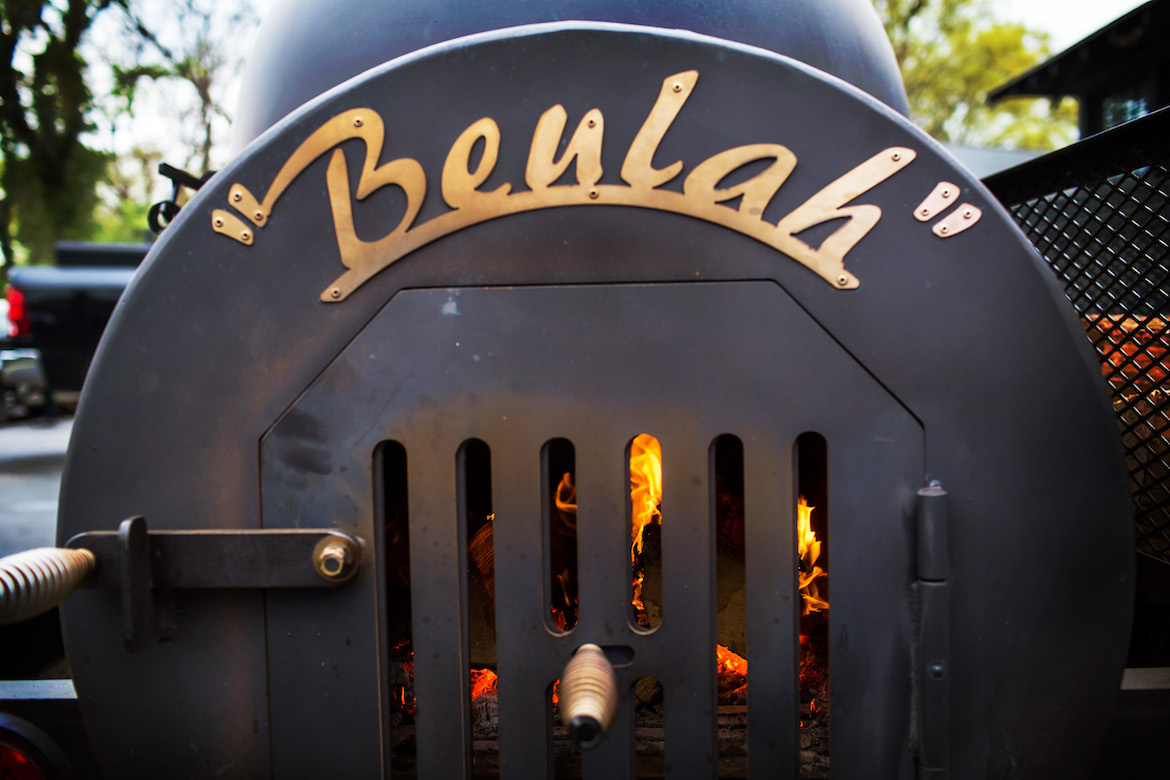 The chef and his smoker came through, and Sarah and Jim quickly struck up a business relationship. They’ve set some necessary parameters, of course. Mobile Smoke will only cater to gatherings of a hundred or more people—lugging nearly 4000 pounds of Beulah around is no simple task. There doesn’t seem to be much of a maximum headcount, though: The smoker actually has the capacity to feed over 1000 people.

They’ve also settled on a menu, and it makes for quite the spread. As with every Noble restaurant venture, the sides themselves are enough to get all your vegetarian friends gathering ’round the table. Slaw, collard greens, fried corn, fingerling potatoes, roasted beets, mac and cheese, broccoli slaw, and several salads are just a few on the list. But Jim says smoking is all about the meat. That sounds bold, but only to the uninitiated. One bite of his smoked Heritage Farms pork shoulder—part blackened bark, part juicy-tenderness, all complex texture and addictive flavor—should silence any detractors. 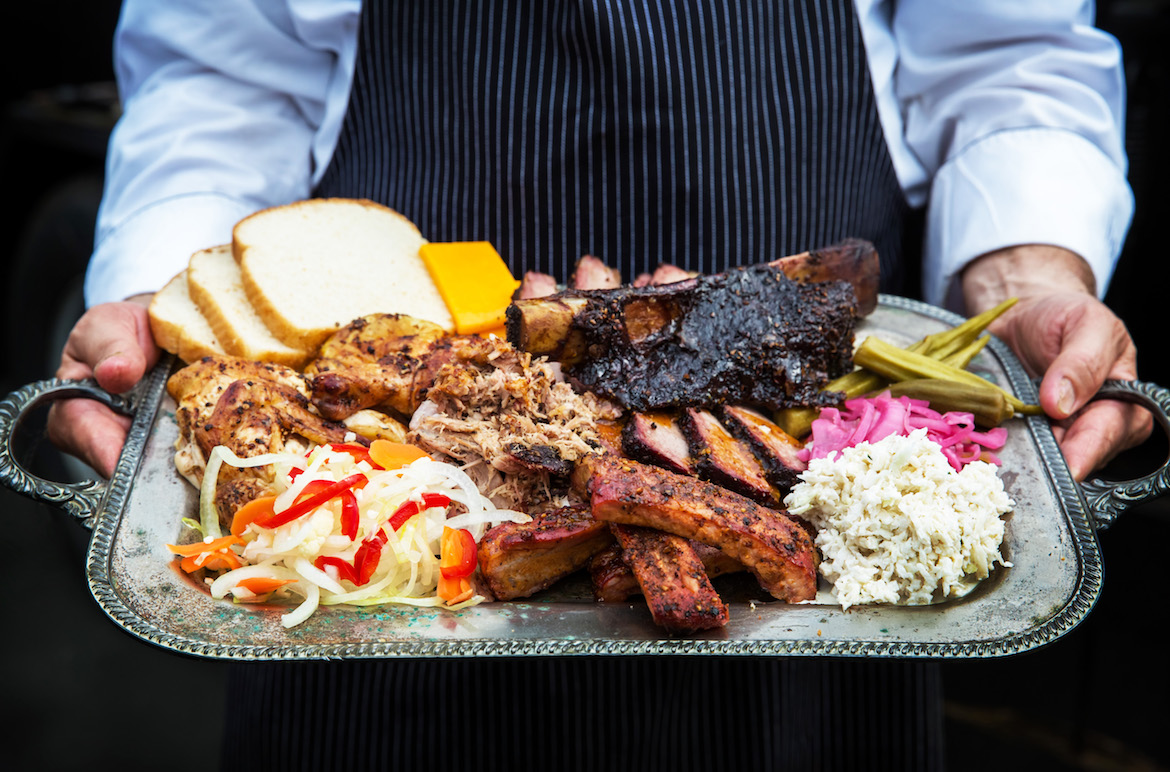 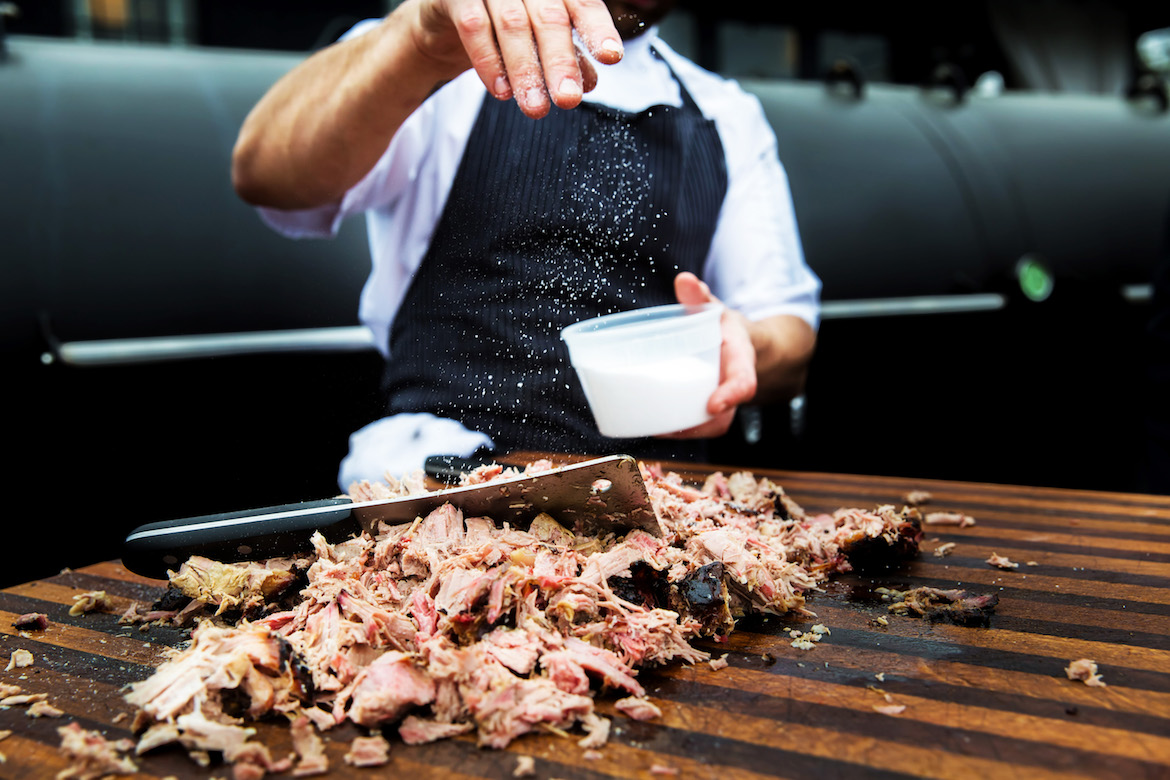 But pork, incidentally, isn’t all Noble Smoke does, and that’s sort of the point. The protein menu is a barbecue dichotomy, and not the typical Carolinian, eastern-versus-western kind. Think Carolina-meets-Texas instead. The Heritage spare ribs and pork shoulder share their trays with prime beef brisket and short ribs, and it’s all rounded out with barbecue chicken and smoked wings. Jim has no qualms about serving both Carolina pulled pork and Texas brisket. He wants to get to the heart of wood smoking, whatever that might mean.

“You know, people want to argue about what barbecue is, but I really don’t care,” he says, with all the conviction of a man who’s tried more smoked meat in the last month than most people will in a lifetime. “Some purists in North Carolina say beef ain’t barbecue. Other guys in Texas say, well, pork ain’t barbecue. I say it’s all good. It’s all smoked meat. Why argue? Let’s just eat it.” 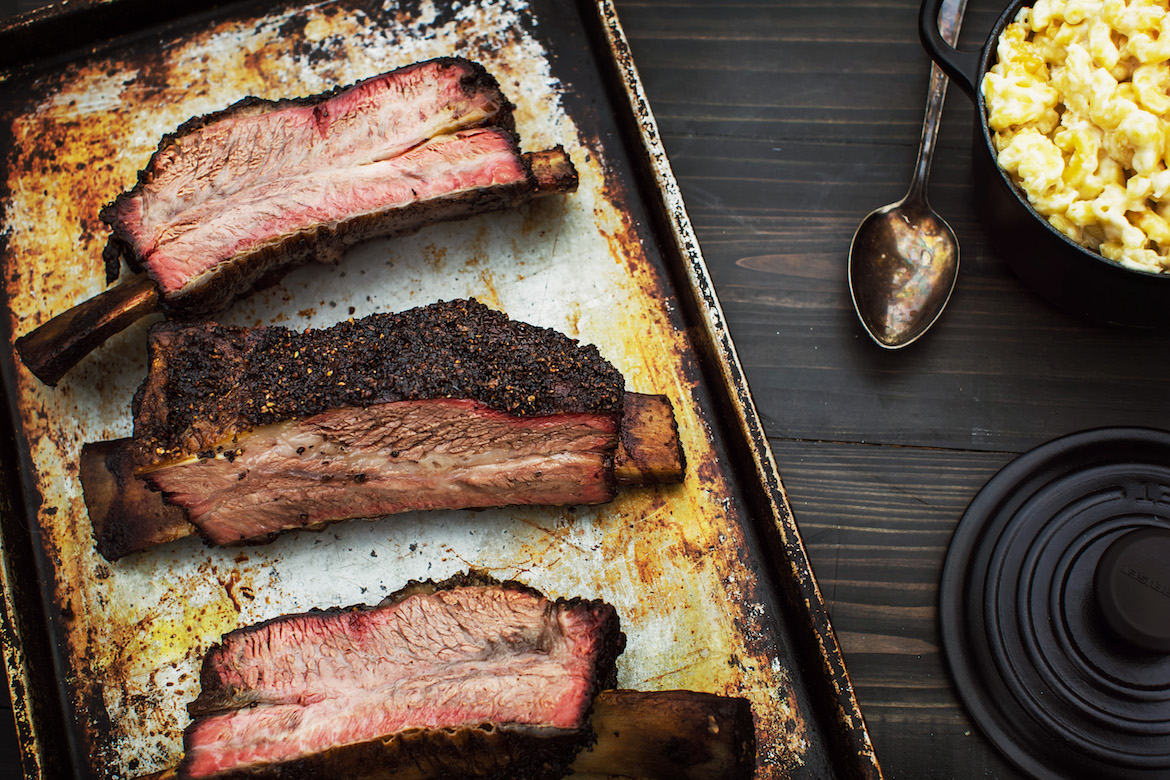 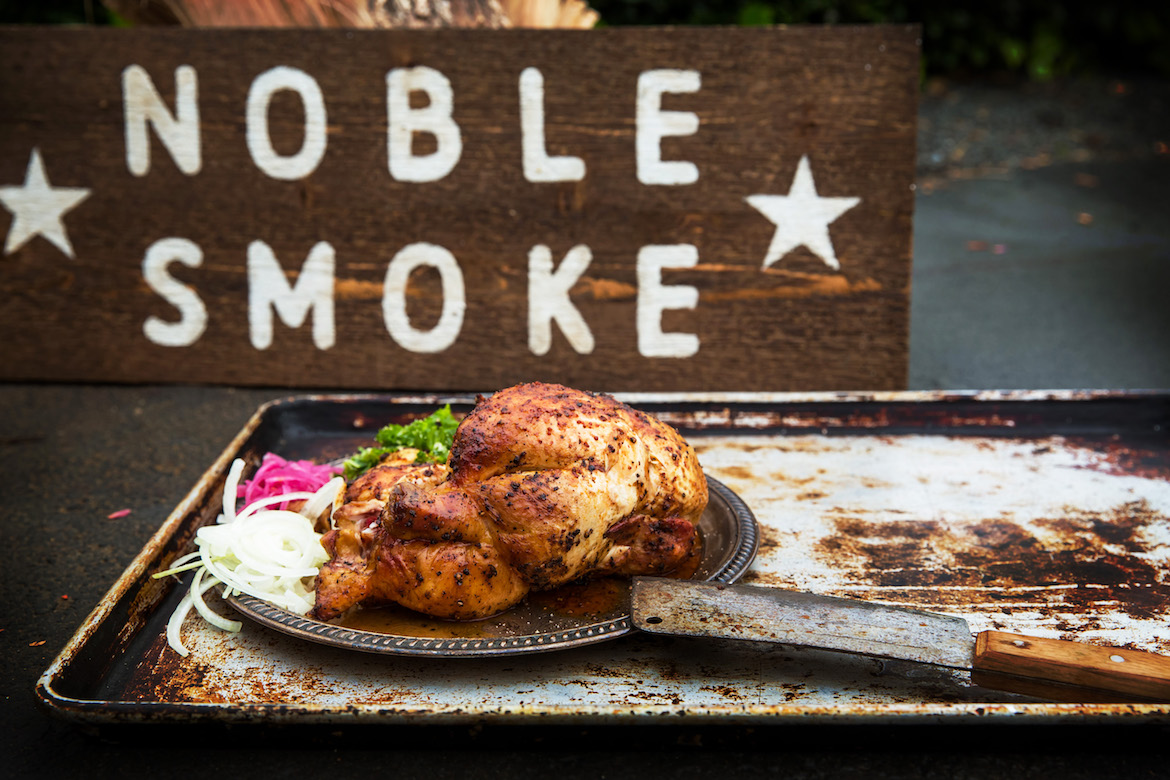 He’ll be offering plenty of refreshment options too, from the requisite sweet teas to whole watermelons. And it wouldn’t be a Jim Noble party without an extensive selection of wine pairings: “Barbecue with fine wine is an untapped thought in most people’s minds,” Jim insists. Again, he’s bold, and you’ll scoff…until you try it.

“But it goes pretty good with beer and paper towels too,” he laughs. 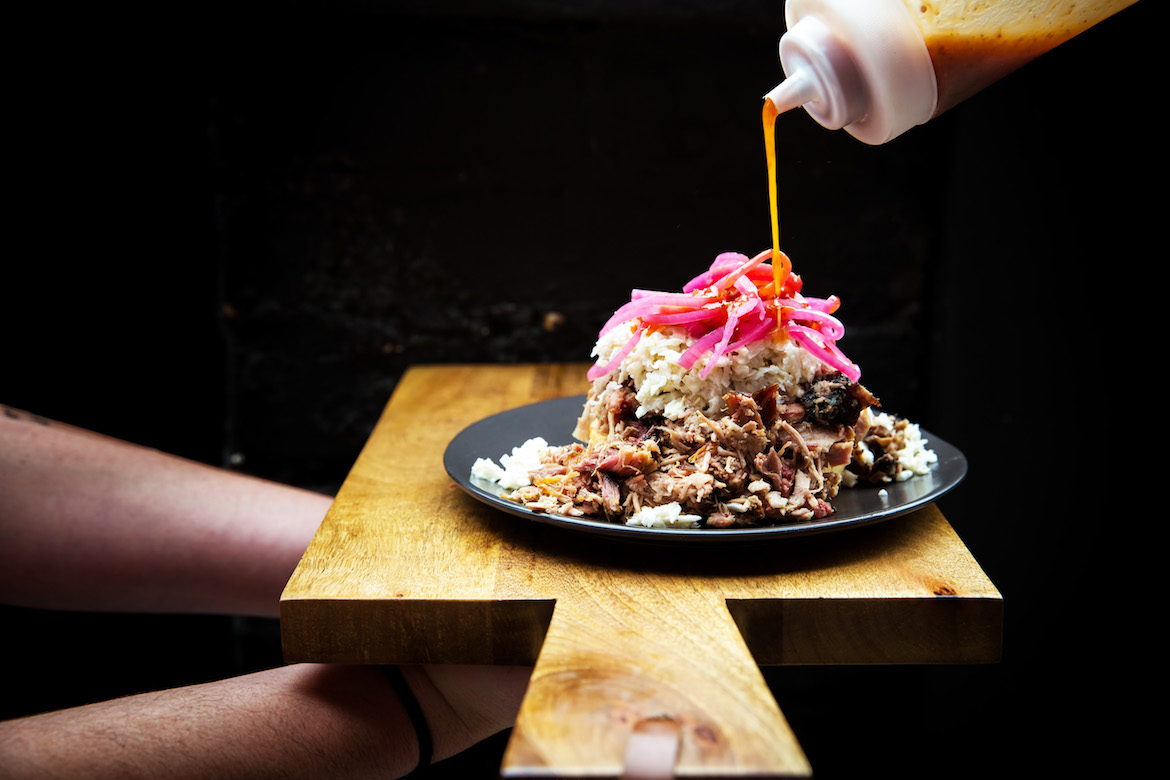 In short, if you’re at a gathering being catered by Jim Noble and Sarah Wrenn, you’re going to eat well—and without too much effort.

“If you want to get together, you don’t have to do it all yourself,” Sarah insists. “We exist to help you do more of that with ease.”

Jim’s long-awaited barbecue spot is coming soon, and we’re chomping at the bit to go. But for now, Noble Smoke can come to us. 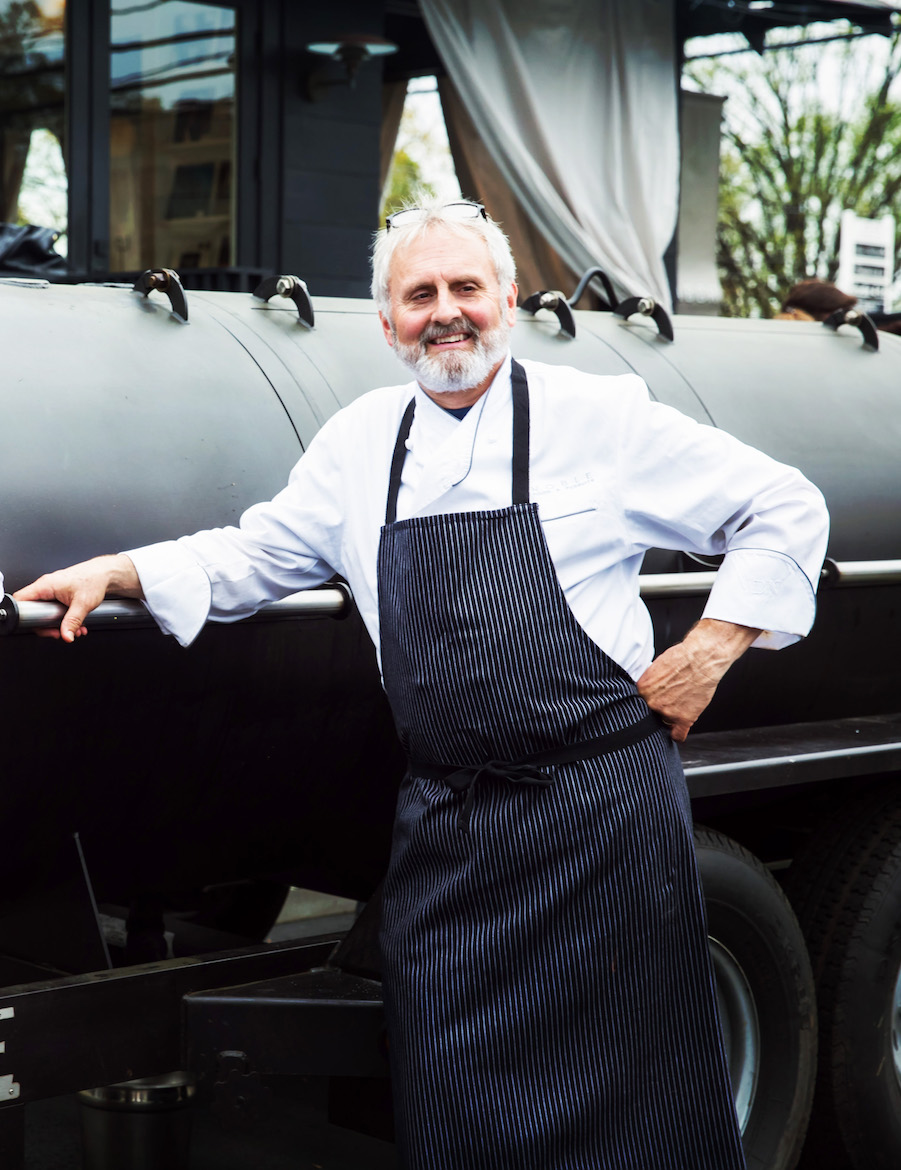