It starts with water.

The many and varied minds behind Hyde Brewing will likely tell you the whole thing started with the beer, but the calculating man who gave the new brewery its namesake is obsessed with the basest of ingredients. A retired engineer, Dan Hyde loves to talk about the science of water. The only thing he enjoys more, maybe, is drinking beer with his son-in-law, Collin Ricks—a habit that would give rise first to a brewery, then a coffee bar, and finally a culinary venture accented by both. Under one roof, these things make up South End’s latest gathering spot: The Suffolk Punch.

For Collin Ricks and his company, The Durban Group, it started with the beer. Dan Hyde has been brewing beer in tiny batches in his garage for some time—“thankfully,” Collin says, grinning at his mentor, “for about as long as I’ve been able to drink.” For years, they’ve been considering (over beers, of course) the idea of a new kind of brewery. And they certainly did plenty of research.

“Dan and I have traveled the country trying breweries,” Colin recalls, “but we started to get frustrated with these places. Their taprooms are an afterthought, they don’t have food or coffee or even standard operating hours. There were so many different elements that we wanted to experience as patrons of an establishment, and we couldn’t find that establishment. So we started looking for people to help us create it.” 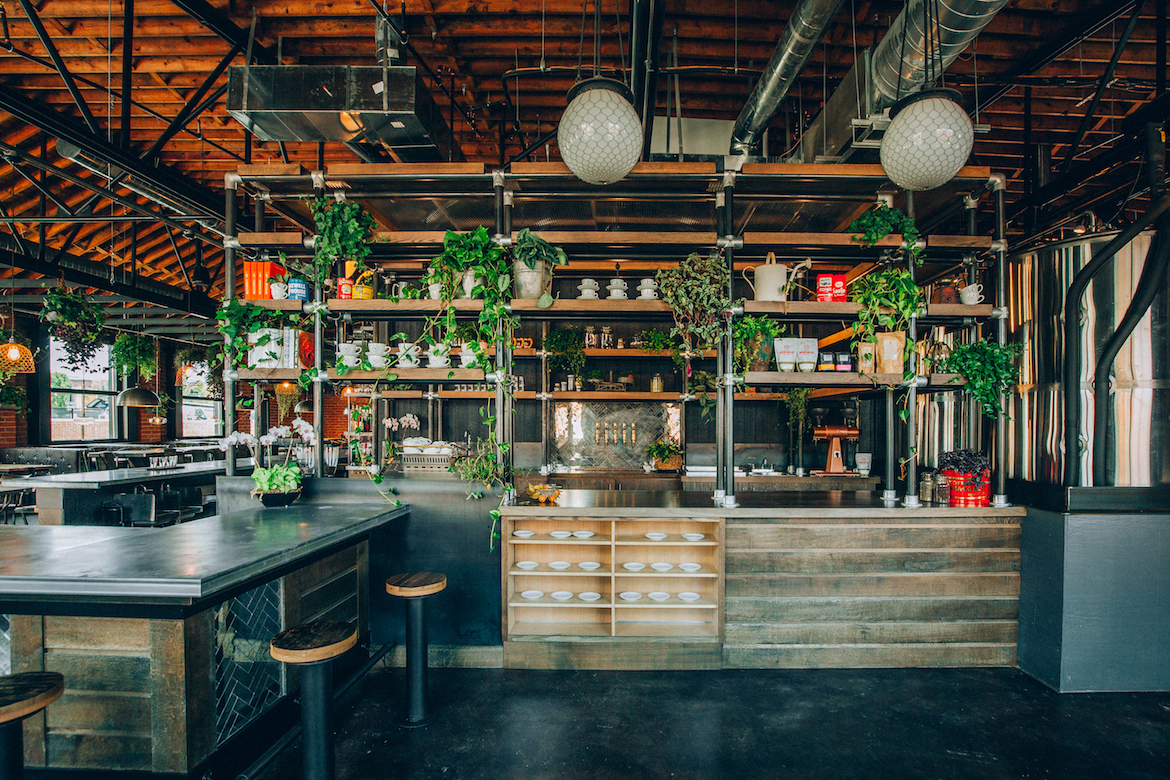 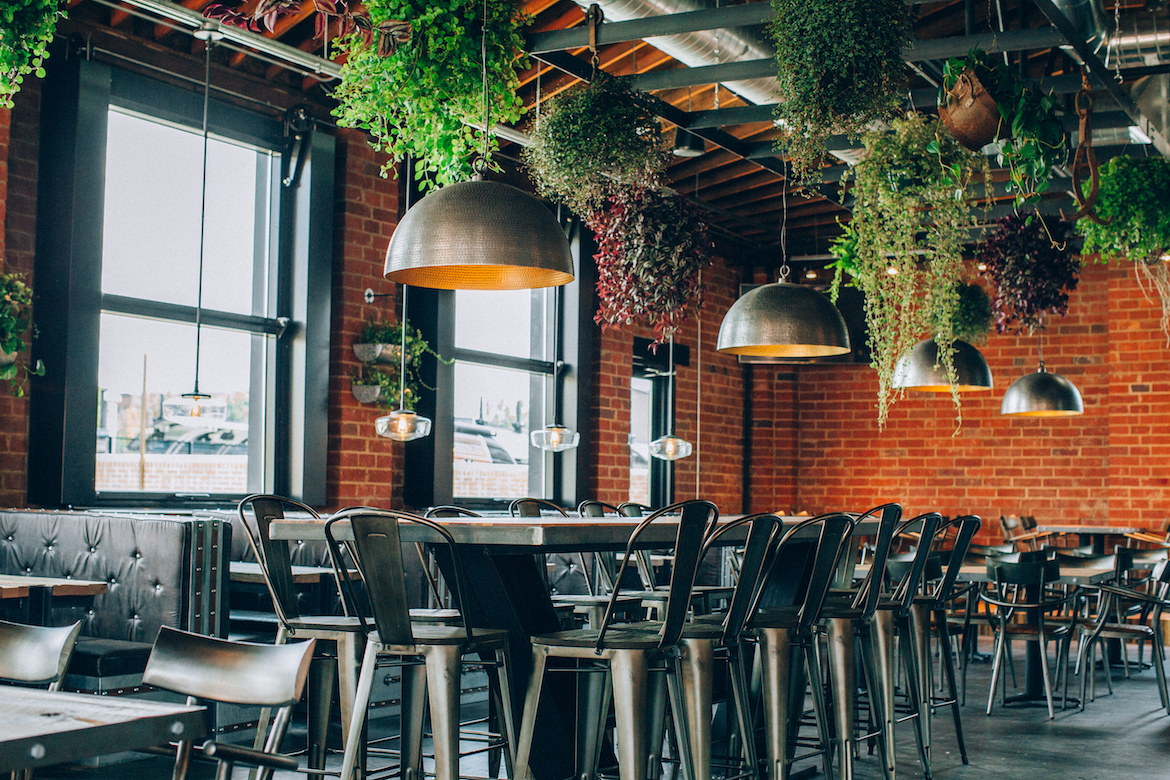 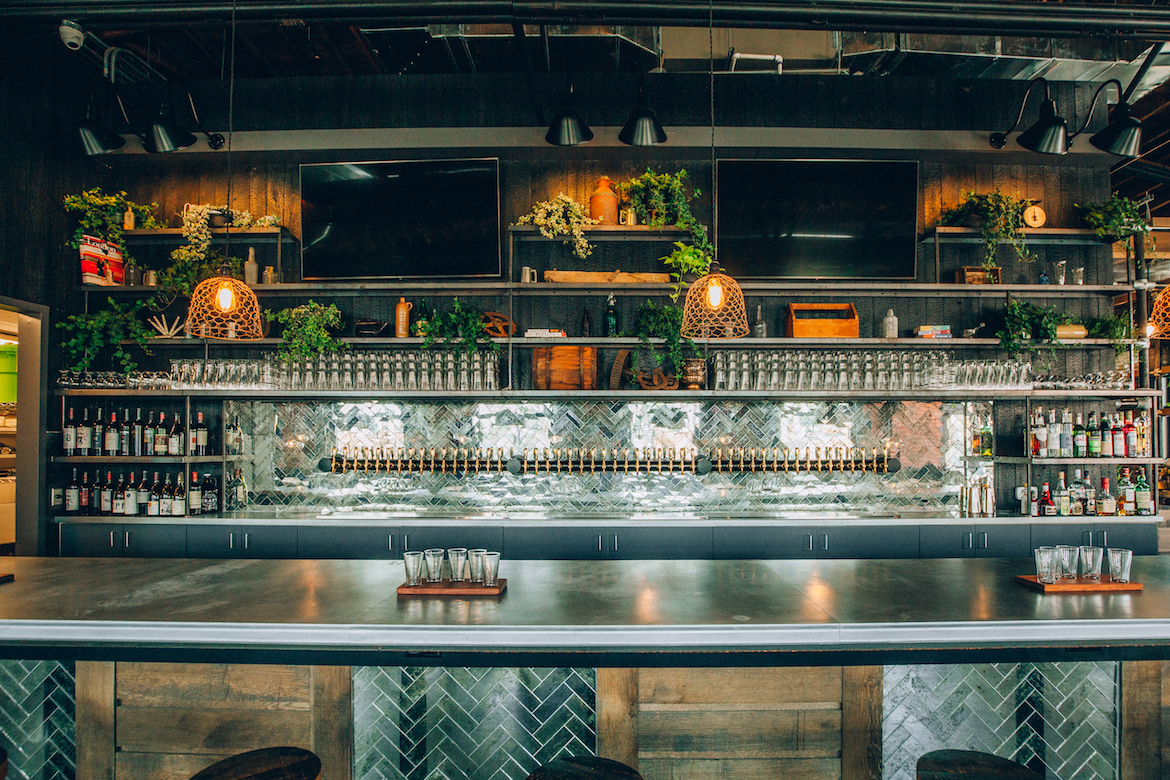 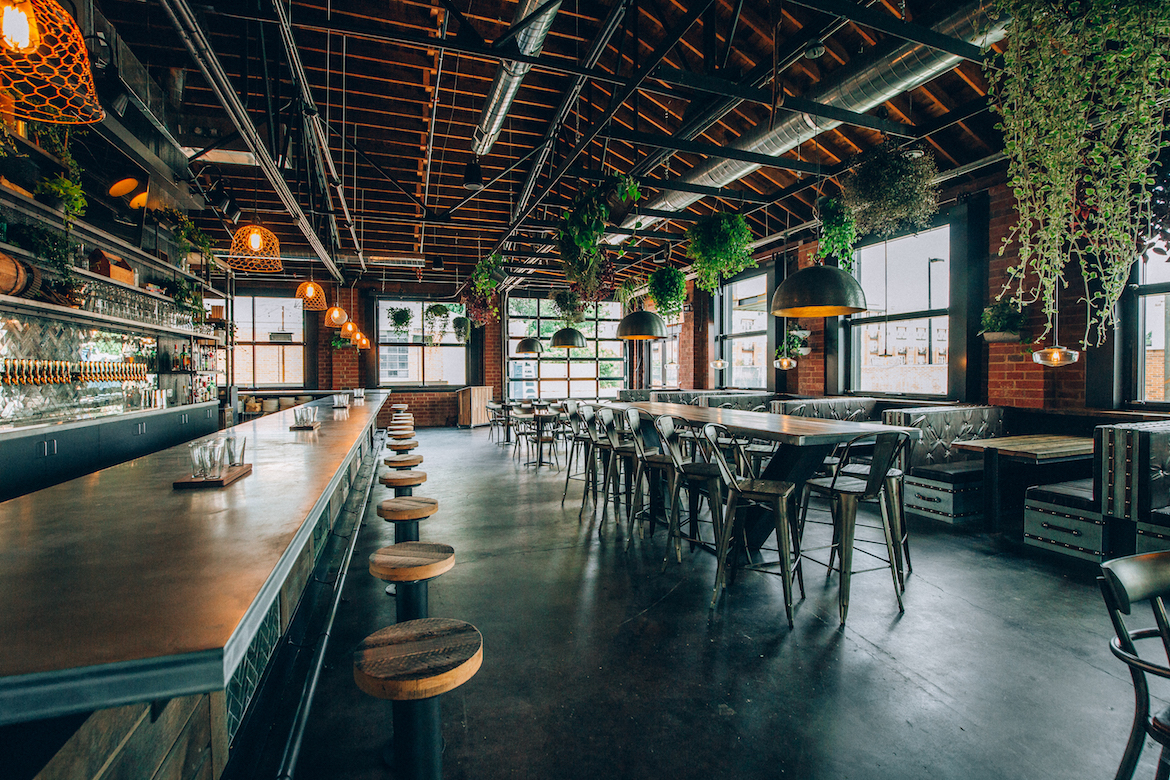 And that’s really the nature of The Suffolk Punch. It has been, from its conception, a fantastically far-reaching collaboration. Collin and The Durban Group began consulting beer lovers, coffee snobs, and foodies all over Charlotte. They even roped Dan Davis of Craft Growler Shop into the operation due to his investment in the South End community. Dan Davis has a knack for pairing beer, food, and people. Fortunately for The Suffolk Punch, the guy also has a bunch of connections.

During the forming of this kind of foodie council, there was almost no way Dan Hyde could avoid meeting Lindsey Pitman, who’s also earned a reputation for her lectures on the merits of good water. She’s been a player in the Charlotte coffee scene for eight years, having opened two (Hyde Brewing being the third) separate coffee ventures in the city. Lindsey isn’t really part of the third wave of coffee; with her career set on environmentally conscious sourcing and bridging the gap between barista and farmer, she’s among those people making the wave. Like Dan Hyde, she’s infatuated with her craft—from the ground up. 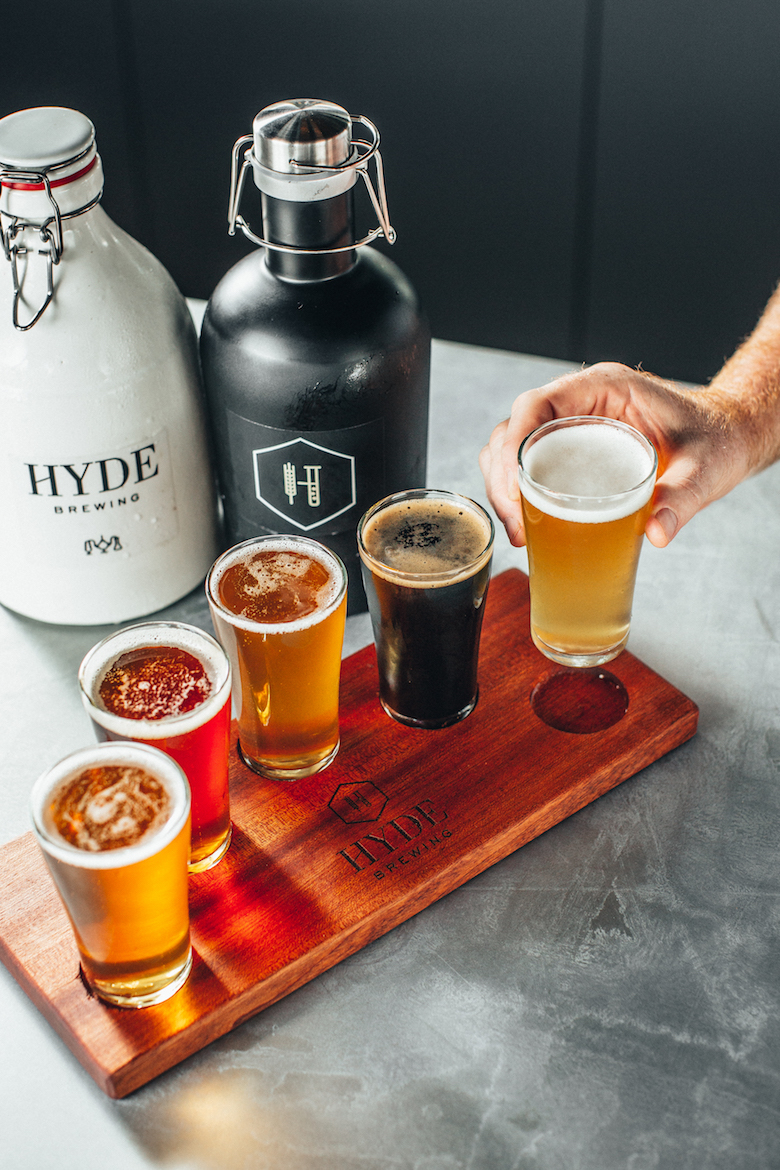 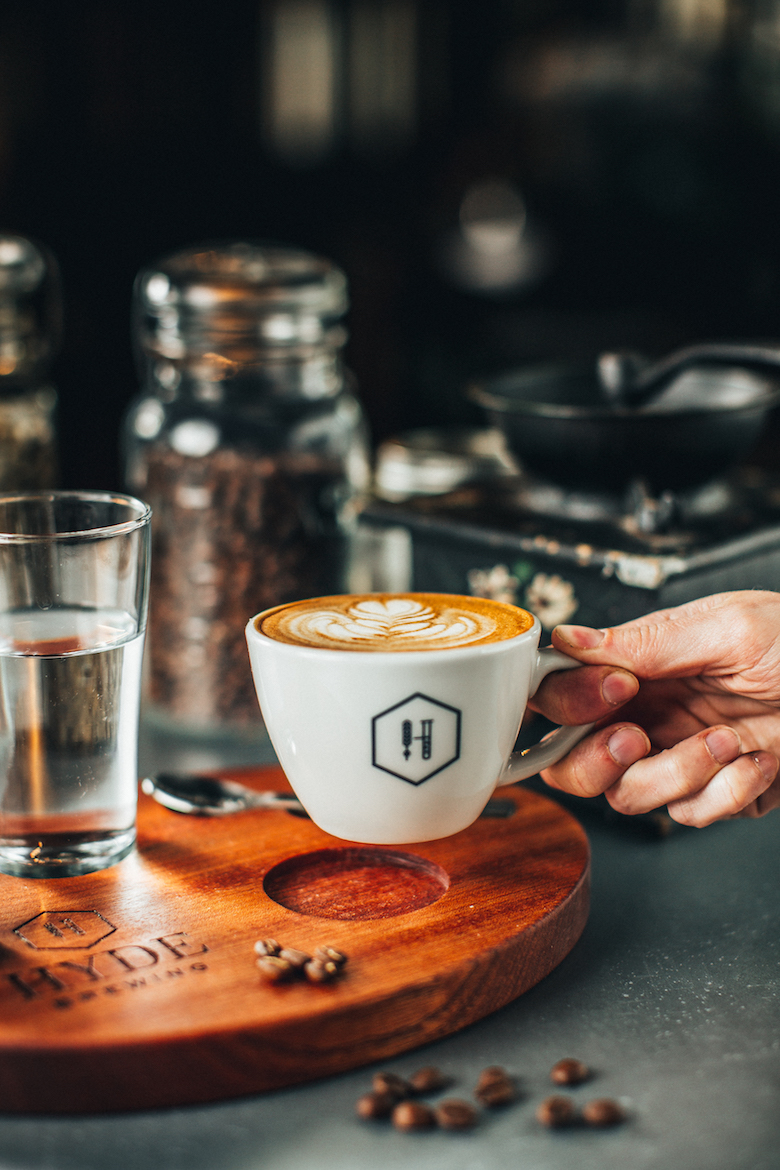 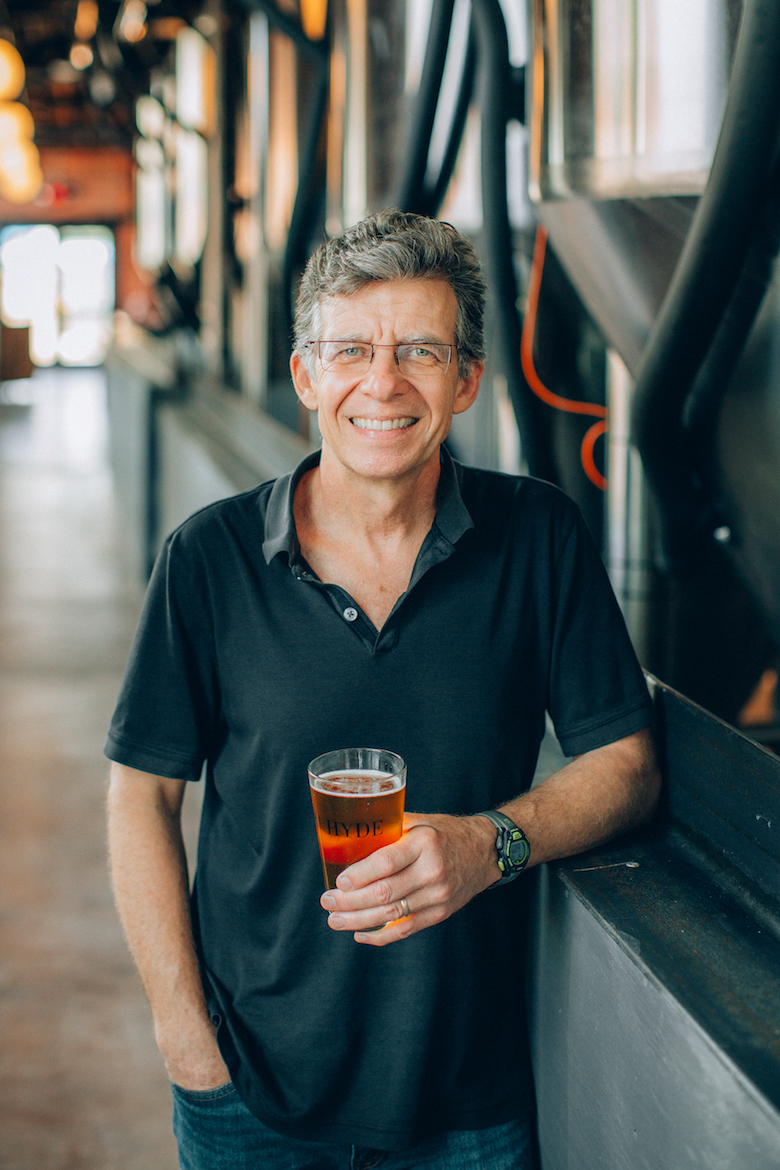 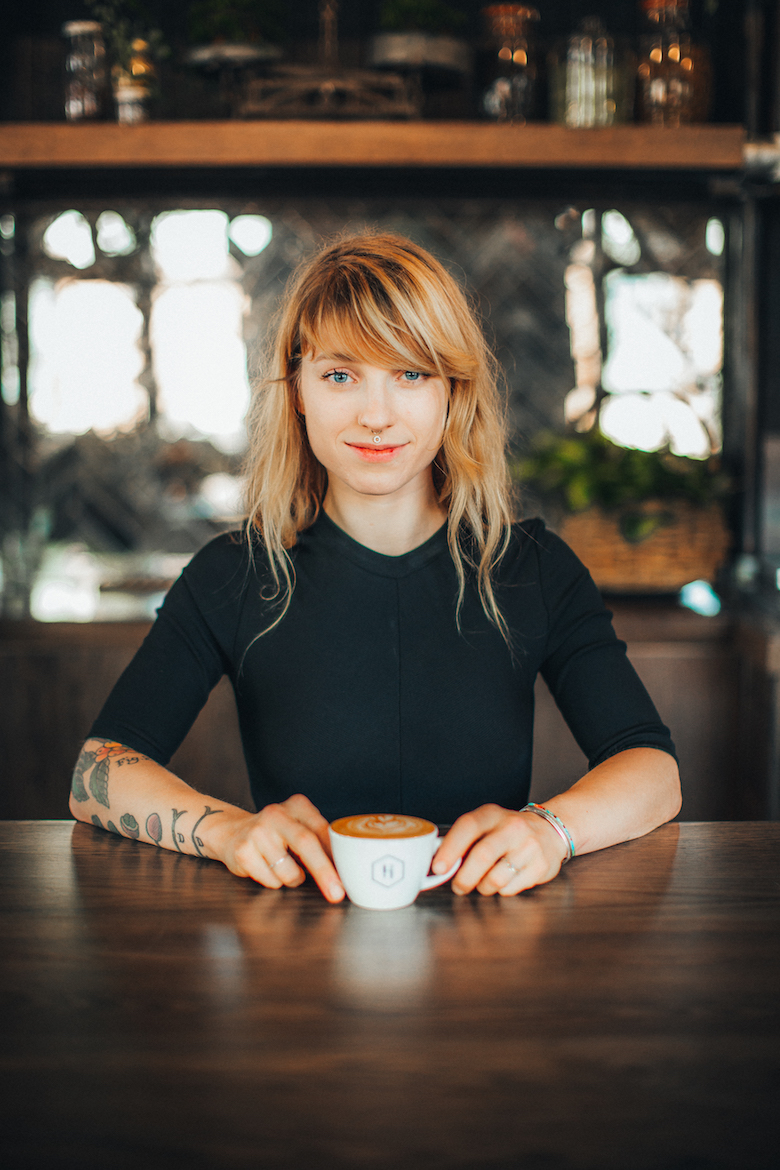 “I want to know all about my machines,” Lindsey says, grinning while pouring a latte masterpiece without really trying. “I want to be able to take them apart and rebuild them. I want to know where my coffee comes from. I want to know how I can make the best cup of coffee, down to the water I use for brewing.”

Both Dan and Lindsey purify their water using reverse osmosis—a filtering process that uses geometric force to pass water through a porous membrane in the direction opposite to that of natural osmosis. Fortunately, the scientists themselves make it sound a bit simpler.

“Reverse osmosis takes virtually everything out of the water,” Dan explains. “Once we have the pure, R.O. water, we have to put the mineral salts back in. It allows us to ‘create’ our water in a way that will best accentuate whatever flavors we want in our beer.”

Unable to contain herself at the mention of the word “osmosis,” Lindsey chimes in.

“If we simply had R.O. water, with no minerality, we wouldn’t be able to extract certain flavors from coffee. Whether brewing beer or coffee, you need minerals to attach onto certain flavors. Magnesium, for example, will accentuate the brighter flavors in coffee. A lot of calcium, on the other hand, is going to bring out the more rounded flavors.”

Clearly, these two know their way around a beaker as well as their pint glasses and mugs. Together, these chemists are Hyde Brewing. Dan gets beer, and Lindsey gets coffee, but they’re both thoroughly interested in how they get them. This fixation on their sources links them, effectively making them two pieces of The Suffolk Punch puzzle. Collin and Dan were insistent on finding the third. Enter Chef Robert Corley, who heads up the culinary café. Charlotte may not know his name yet, but if his food experiments are any indication, we will soon. Robert is a French-trained cook, and it shows.

“I work with what’s available,” Robert explains. “My farmers let me know what they have, and we build a menu off of that.”

Sound familiar? Robert is building relationships with and sourcing from local growers, but with a well-defined sense of responsibility. He’s determined to find uses for unused product.

“Some farmers actually have a lot of waste, and we don’t want them throwing away produce,” he says, chuckling and aerating a bowl of cream to complete a whitefish sculpture. “Our pickling program is going to be big.”

Among tons of other things, Robert’s kitchen is already pickling Western North Carolina cherries for use in tart gelée and in rich fall dishes like foie gras. And of course he already has designs on the in-house fermentation lab—yeah, they have one of those too.

The Suffolk Punch kitchen is embracing what’s accessible in the moment while also planning for the future. Robert’s menu can do that because it exists in a place rife with opportunity. He talks often about challenging himself, but the nature of this experimental compound means that these creatives are constantly challenging one another.

On any given trip to their Lower South End laboratory, the chef, the brewer, and the coffeemaker may seem to be hiding. Dan always seems to be in the brewery, Lindsey can be found behind her espresso machine (or, soon, in her very own Hyde roastery), and Robert is usually in back, whipping up something outlandish with his sous chefs. They’re always tinkering, but their tinkerings eventually converge.

“We really are stronger as a unit,” Dan insists. “Each craft is pushed further by the others.”

Despite the fact that Robert Corley and Dan Hyde and Lindsey Pitman could easily find success individually, they seem convinced that there’s a reason laboratories need more than one scientist. Whether they’re substituting beer for consommé stock in charcuterie, concocting coffee cocktails with grapefruit and local fennel, or pairing fermented vegetables with the right fermented beverages, every weird hypothesis will be tested by “a team of palates.”

“Since we have so many minds for collaboration…” Robert ponders, before Lindsey finishes the thought.

“Everything we do will be unique,” she laughs. “We’re all just complete nerds of our crafts.”

“And somehow…” Dan grins. “We all get along as a result.”

Charlotte really hasn’t seen anything like this. You’ll spend a lot of evenings (and mornings, if the light rail is your preferred commute) taking in all that The Suffolk Punch has to offer. You’ll sip English-style Hyde brews fit for a queen, but you won’t know which minerals Dan Hyde moved around to emphasize the distinct flavors you’re tasting. Your morning coffee may be made from beans that Lindsey Pitman and her farmer friend harvested in Panama, but you probably won’t know why their method of doing so was both environmentally and economically responsible. You’ll dine on all manner of locally sourced eats, but you may not know where they came from, how long Robert Corley waited for them to reach their current flavor profile, or how fermentation of food even works.

You won’t consider all the nerdy little details. And that’s the beauty of everything being created here: You don’t have to. If you’re confused by all the moving parts, that’s just because you’re uninitiated. Have a bite, and take a sip. It’ll all make sense soon enough.