Stories of wilderness exploration capture our fascination in a way few tales can. Cheryl Strayed wrote her bestselling “Wild” after she hiked the Pacific Crest Trail in an attempt to shed her addictions and sense of loss. Journalist Jon Krakaeur famously chronicled the story of a young man seeking solace in nature from the constraints of society in “Into the Wild.” The stories, and the many less well known like them, are haunting, gritty, and real – but also tremendously, incomparably life-affirming.

Grappling with the natural world is timeless and transcendent, a universally shared element of the human experience. But nature is also something of a Rorschach test: what you see out there depends on profoundly personal elements you bring with you.

Joshua Stephan Niven’s own story is deeply bound with his experiences in the natural world. He was born in Germany, but his military family shortly thereafter relocated back to the states, settling in Charlotte where Niven grew up. Today, he resides in Asheville, NC where he is a well-recognized photographer, painter, and sculptor, and entrepreneur. He is the founder of The Thru Project, an art project based on his 2013 trek across the Appalachian Trail.

His art, as he explains it, focuses on the relationship between human and nature, and delves into the juxtaposition between the light and dark side of the human experience.

Niven came from a creative family, but he himself first got serious about art in high school where he would pour hours into his AP Art portfolios. But post-high school, Niven found himself feeling less sure, depressed even. His art dropped off as he spent an uncertain year in college before deciding to leave. It was this decision, and this sense of being unmoored, that first led him to the Appalachian Trail in 2007.

Along with a handful of his closest friends, Niven began hiking sections a week at a time. Before long, they were hitting the trail for month-long stretches. Niven felt the fog lifting: what he wanted to do with his life became more clear as the draw of the trail remained.

Niven enrolled in Savannah College of Art and Design, graduating with his degree in photography, and continued throughout the summers off to make trips out to the AT. Niven’s initial interest in photography grew out of a long-time love for painting.

“Photography gives you the ability to produce ideas visually faster than creating things from nothing, like with a paint brush,” Niven explains. “So my camera is just another one of my paint brushes. Then, in the midst of hiking and going to art school, I realized I needed to make a project out of a thru hike [hiking a long-distance trail end-to-end]. It just seemed like the thing to do since I owed a lot of my clarity on what I wanted to do with my life to the AT and I knew I had to do it as soon as I graduated.” 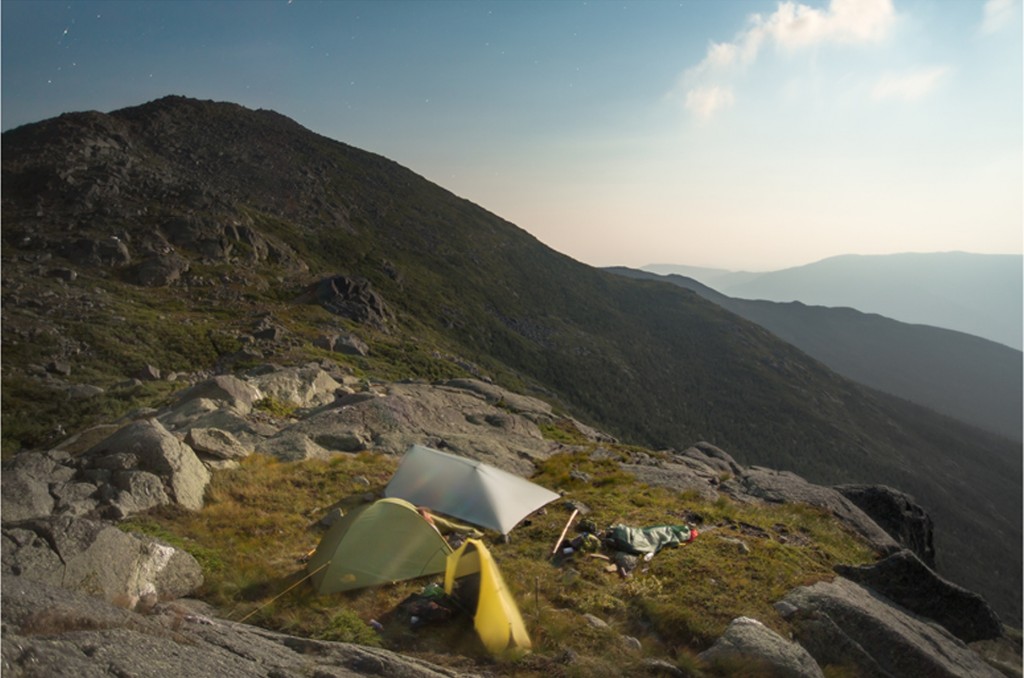 For Niven’s Thru Project, he spent months carefully planning, researching, and putting together the best photography equipment before embarking on the roughly six-and-a-half-month trek which would lead him, and a group of friends, from Spring Mountain in Georgia to the finish point in northern Maine. He arranged to donate 25% of all the proceeds from the coffee table book and gallery showings he would create from his photographic documentation to conserving the 2000-plus miles of untamed nature that composes the AT.

After growing, learning, struggling, and completing the hike, it took Niven nearly 2 years to whittle down his 15,000 images to the 130 that made the final cut.

“My biggest hurdle was trying to decide what I wanted to be honest about and what I didn’t. Not everything is pretty landscapes out there and a lot happened to me on the trail… it’s hard to figure out how much to reveal and what angle to take.”

That experience left Niven with the desire for more; to continue his thru hikes and to keep improving the photography documenting them. He currently plans on doing the Pacific Crest Trail version of the Thru Project in 2017, this time with the intention to hike and complete the book all in one year. He also recently signed a lease on a gallery and craft store in West Asheville.

His philosophy today is simple, and the call of the wild looms as large in his life as ever.

“I live to be excited about life and things being created. My life centers around creating, skateboarding, nature and my people. Life is what you make of it.”