Charlottean Nathaniel Lancaster has salt and pepper scruff and tattoos at each elbow. He looks like an artist, and he plays the part, too. Lancaster has embraced residencies at both Goodyear Arts and the McColl Center, and he has exhibited at the Mint Museum, North Carolina Museum of Art, and throughout Charlotte. His art drops visual cues like landscapes snatched through the window of a fast moving car. Viewers must piece together meaning, assembling clues plucked from the briefest flash in space and time. It’s clearly the work of someone curious about his surroundings, someone destined to create.

“I didn’t have an endgame planned for my life, but I knew that I wanted a career related to the arts or being creative, though I never planned on being an ‘artist,’” says Lancaster. And yet, after switching his course of study from graphic design to fine art, Lancaster graduated from UNCC’s MFA program with an academic record punctuated by prizes: twice named Best in Show at the Student Juried Exhibition, twice earning the Chancellor’s Select Award, and receiving the Chancellor’s Purchase Award.

Now, Lancaster balances his artistic inclinations with his nine to five, sneaking to the studio after work to paint. He combines technique and experimentation, welcoming in-studio mistakes as he crafts the base of each painting. As he creates, he searches for concepts and imagery, culminating in pieces that are rich in meaning. When he’s not working or in the studio, he’s snapping reference photos, researching, or visiting galleries. Lancaster puts it simply: “You’ve got to just keep making work. If you’re not making work, you’re not a working artist.”

The results of his long days are layered images, often veering toward absurdist or comedic because, as Lancaster muses, “if art is a reflection of society, what kind of a world have we been living in?” Many of his pieces feature looping cursive script scrawled over images. “I like the duality of erasing visual information,” explains Lancaster. “The negative space is actually adding more visual information for the viewer to decipher by the inclusion of the text.”

For Lancaster, text and image exist in matrimony. He fills his sketchbooks not with sketches, but with text. He covers pages with concisely articulated concepts and possible titles before ever reaching for a paint brush, with thought-provoking results.

You can find Nathaniel Lancaster at Goodyear Arts in Camp Northend and his work on display for the inaugural exhibition at Kiki in Plaza-Midwood. 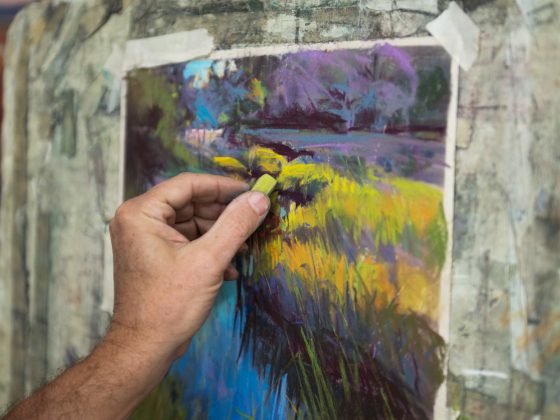 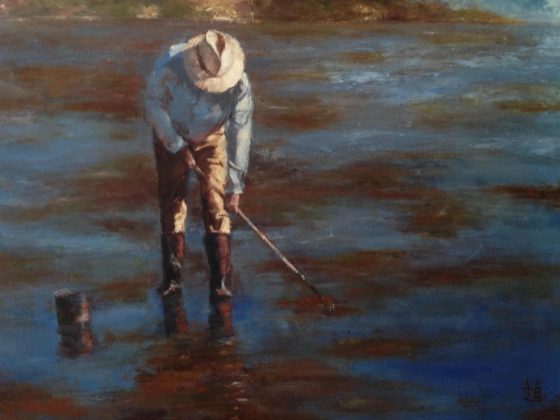 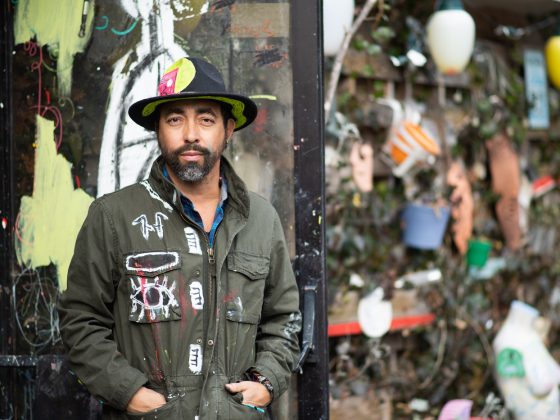 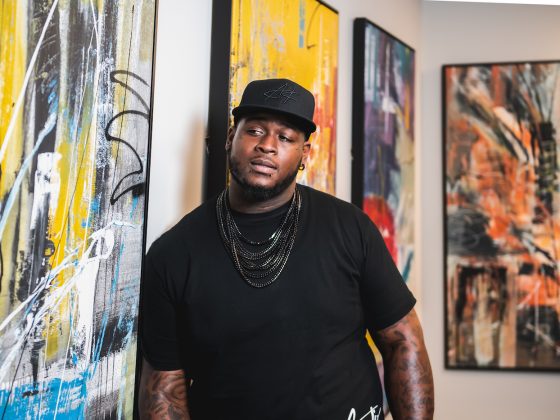 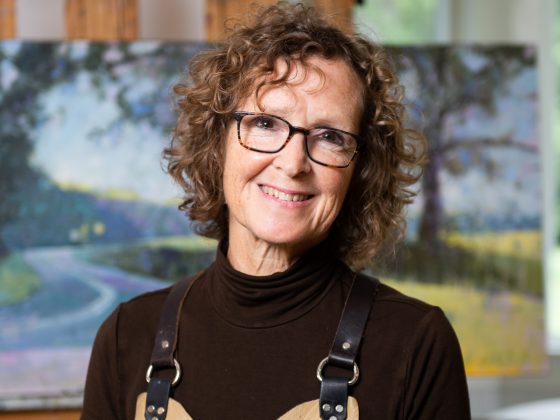 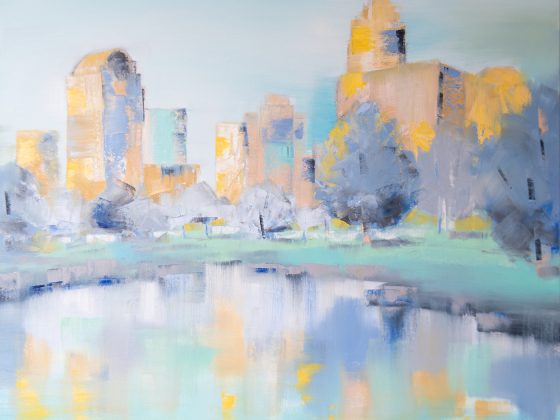 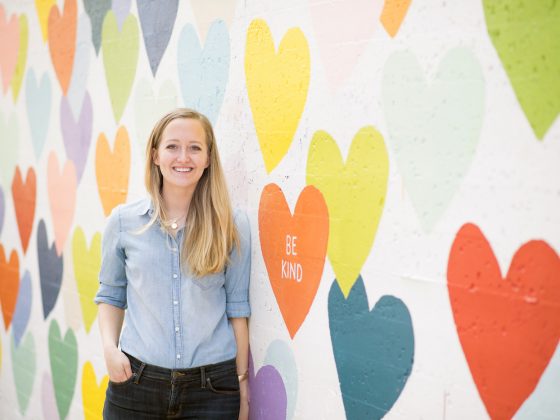 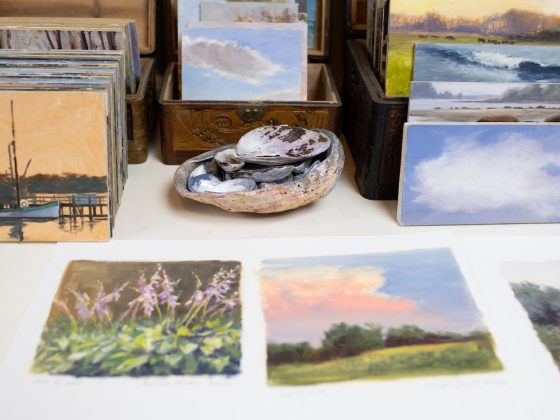 Mary Erickson Conserves Through the Canvas