Films aren’t made on film anymore. Mirroring the daily life of the 21st Century American, the most American of entertainment industries has gone almost entirely digital — and why not? While nostalgic and romantic, film is an expensive medium, and the digital revolution has made crafting movies a more financially viable undertaking than it’s ever been. Releasing a movie, getting people to watch it, is another feat entirely. It’s not an impossible one, though, thanks to events like this September’s Charlotte Film Festival.

Touting several major expositions and series, each with devout followings, the Queen City has proven itself an exceptionally active participant in the festival circuit. Charlotte Film Festival Seven, coordinated by non-profit Charlotte Cinema Arts, represents the return of one of the city’s most popular festivals after a two-year hiatus. Screening at two locations, the expansive 2015 lineup — including indies as pervasive as Frank Hall Green’s feature Wildlike and as local as Shea Sizemore’s Charlotte-filmed short “A Chess Player” — looks to ensure that the festival not only makes a successful return, but that it also offers its most diverse selection of films yet. Oh, and it’s brought to us entirely by volunteers.

Everyone who works on the Charlotte Film Festival works somewhere else. Crazy people with full-time jobs devote a chunk of their free time to this profitless, yearly event. If the festival is a kind of religious observance, these folks are fanatics. This isn’t a hobby, it’s a second profession, and hardly stress-free. So why do they bother? What keeps this annual party going? Festival Director Jennifer Bratyanski, history teacher by day, blames the film addiction she and her colleagues share. Aside from this healthiest of fixations, she emphasizes the importance of the pageantry and ensuing colloquium.

We want to show the film in the way that it’s meant to be seen, the way that the filmmakers have always envisioned it.

An affordable avenue to some much-craved exposure, the festival is nevertheless a filmmaker’s exercise in humility and artistic bravery. These are talented people submitting their precious art to the rank and file, and Jennifer ensures that she and her colleagues “curate that art in the most respectful way possible.” For most of these artists, this isn’t any old occasion. It’s a sweet, sweet crisis of victory —the climax of months or years of work means the culmination of all the stress. Luckily for them, Jennifer Bratyanski is good at both of her jobs. “We want to show the film in the way that it’s meant to be seen,” she says, “the way that the filmmakers have always envisioned it.” For Jennifer and the festival volunteers, nothing is more stirring than a filmmaker’s increasingly expressive visage while their work plays across the big screen: “There’s a terrible anxiety, this frustration with everything they see in their work that’s not perfect.” Jennifer smiles. “Then the reaction comes, the applause…that’s why we do it.” In that moment, for both the artists and the exhibitors, all the sacrifices are justified. 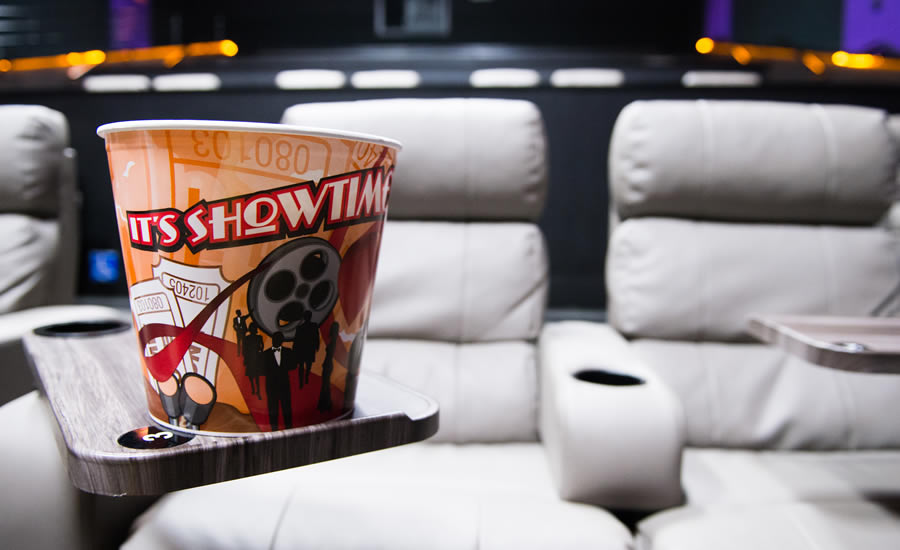 Still, applause is unlikely without an audience. The festival has to get people to come see these little art films, but big movies tend to be a rather dear diversion for us. What would we do without our loud summer tentpoles, providing our senses with a regular helping of sensory blitzkrieg? In controlled doses, big budgets are fun, but seldom do we storm our favored Charlotte multiplex to really test ourselves with the plights of action heroes. The people marketing Charlotte Film Festival understand the average person’s cinema tastes; thus their rallying cry, “Discover Different,” is a direct challenge to the audience. According to Programming Director Jay Morong, encouraging moviegoers to “be adventurous and daring in which films they seek to engage” gives impetus to the entire industry. The goal of the festival is to present the audience with a selection of films altogether different from what they might otherwise find.

When audiences show they are craving ‘different,’ transgressive cinema, [filmmakers] feel excited and challenged by audiences to push their storytelling to new levels.

This doctrine isn’t exclusive to those watching the films, though. If audiences exhibit a demand for transgressive cinema, “Discover Different” then becomes an incentive for filmmakers to continue reshaping the boundaries of the medium, to carve even newer, stranger paths with their storytelling. As exhibitors and distributors, in turn, witness the market for this kind of iconoclastic film, the “art and the industry continue to stay vibrant and alive.”  This iterating revitalization begins with the audience’s willingness to catch a different kind of flick — to see the unseen films, and to recognize the people who make them. Charlotte Film Festival is here to help us with that.

This festival is the work of a handful of selfless individuals. A few years ago, this small group of film junkies somehow got organized. Separately, they have their own careers, like indiscriminate stills; cut them together, and they’re more than a coherent strip — they are a celluloid juggernaut, a moving picture promoting motion pictures. The audience, the filmmakers, and the passionate exhibitors who expose these two to each other — we’re all discovering different together. Film isn’t dead because the medium doesn’t make movies possible. Incredible people do.