Chef Gregory Collier didn’t always know he wanted to cook for a living. Like many now-renowned chefs, his early memories are filled with scenes of his family kitchen, of freshly baked butter rolls filling the house with a heavenly scent. Although his grandma never revealed her secret recipe, Chef Greg knew he would some day want to make people feel just as excited about food as his grandma made him feel.

But, even with a love of food permeating his life, it took Greg until college to seriously consider cooking as a career.

“I was working at my friend’s father’s hot wing spot back home in Memphis,” he recalls. “I had two jobs: the restaurant, and then one with benefits and better pay. Then, I read a book that said, ‘Do what people know you for to find your passion.’ And I realized that everyone knew me from Chings Hot Wings, so I decided to follow that advice and go to Culinary Arts school.”

After graduating from school in Phoenix, AZ, Gregory Collier began working in kitchens throughout the area. Eventually, he and his wife Subrina, who he met while working at Chings Hot Wings, made the move to North Carolina.

Now, Gregory Collier spends his days running the breakfast and lunch hotspot The Yolk. This family-owned, chef-driven restaurant takes pride in their ingenuity without sacrificing their roots. Through his cooking, he is able to find a delicate balance between new, exciting dishes and warm, old-fashioned flavors.

When he’s not cooking at The Yolk, Chef Greg spends his time working with Soul Food Sessions. “Soul Food Sessions started as five Black chefs who wanted to cook with each other in the kitchen, instead of being the one Black chef in the room,” says Chef Greg. “We later realized we could have an impact on what is still a very non-diverse leadership class in our industry.”

As a movement to support people of color in the culinary arts, Soul Food Sessions makes it a point to host dinners with lesser known African-American chefs. The organization also helps them set up their own events and provides scholarships to local culinary students in the area.

“We do four plated dinners a year that feature up to nine Black chefs,” notes Chef Greg. “This includes the founding members Jamie Turner, Michael Bowling, Greg Williams, and Jamie Barnes, along with Subrina, who runs the service piece of the dinners.” 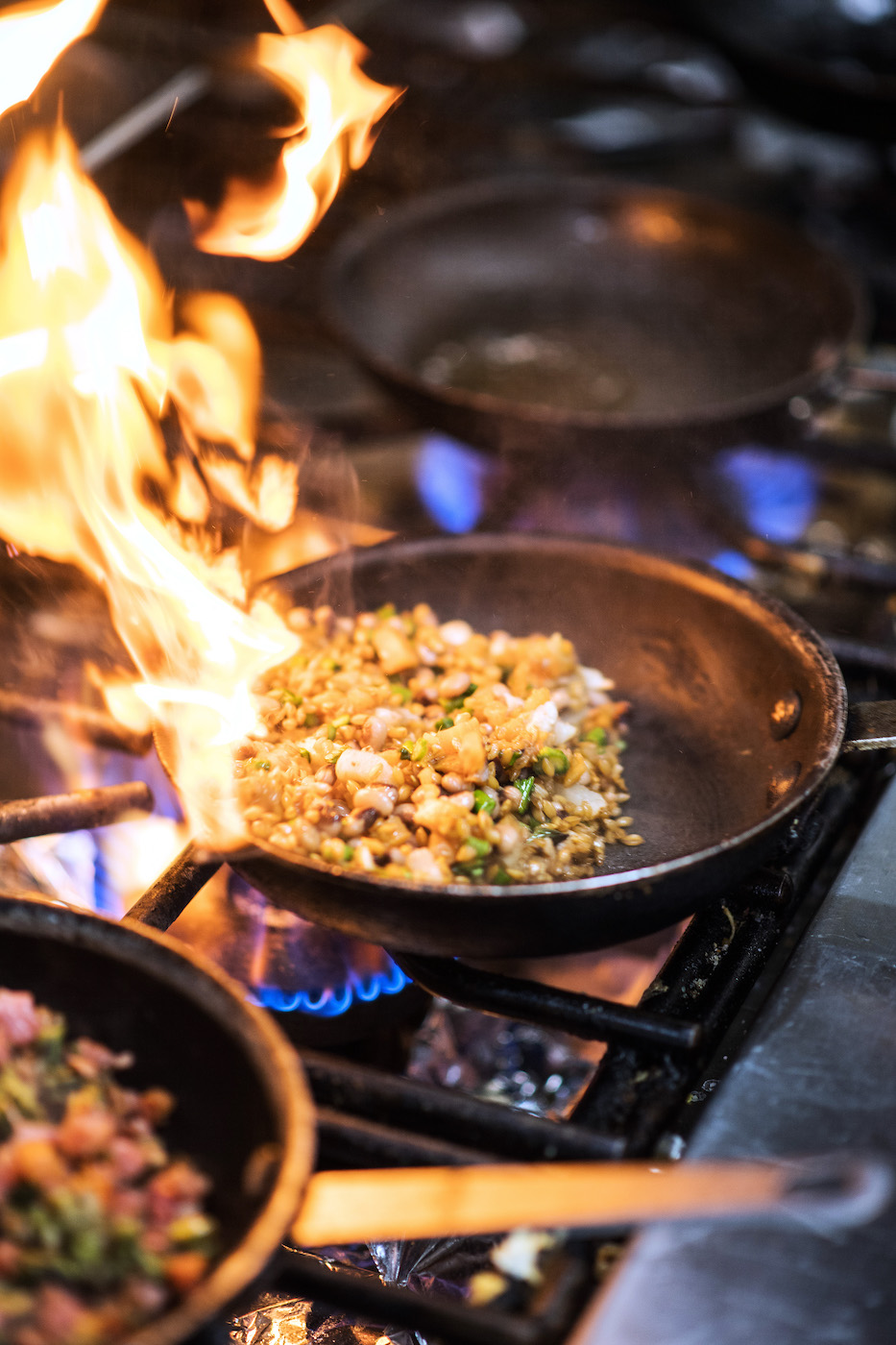 As The Yolk and Soul Food Sessions continue to grow, Chef Greg plans on reaching more customers and more young chefs. “We want to be able to pay for some students’ full college tuition,” Chef Greg says of Soul Food Sessions. “We also want to begin a Black restaurant fund… In order to change the status quo, the playing field needs to be leveled from a financial perspective.”

To taste Chef Greg’s culinary creations, stop by The Yolk in Uptown’s 7th Street Market. You can also learn more about Soul Food Sessions by visiting their website: www.soulfoodsessions.org.