Unlike one in 200 of the world’s men, Don Lessem isn’t descended from Genghis Khan. But he may as well be. Author of over 50 hugely popular science books and curator of the most extensive collection of 13th-century Mongolian artifacts ever assembled, ex-Boston Globe journalist Lessem is a learned man, and would have fit right in at the legendary Mongolian’s court. The truth is, the man who conquered the world’s largest continent may have just wanted to share what he’d learned. That’s the primary takeaway from Genghis Khan, Lessem’s sprawling journey through 13th-century Mongolia, which recently invaded Charlotte’s Discovery Place Science. 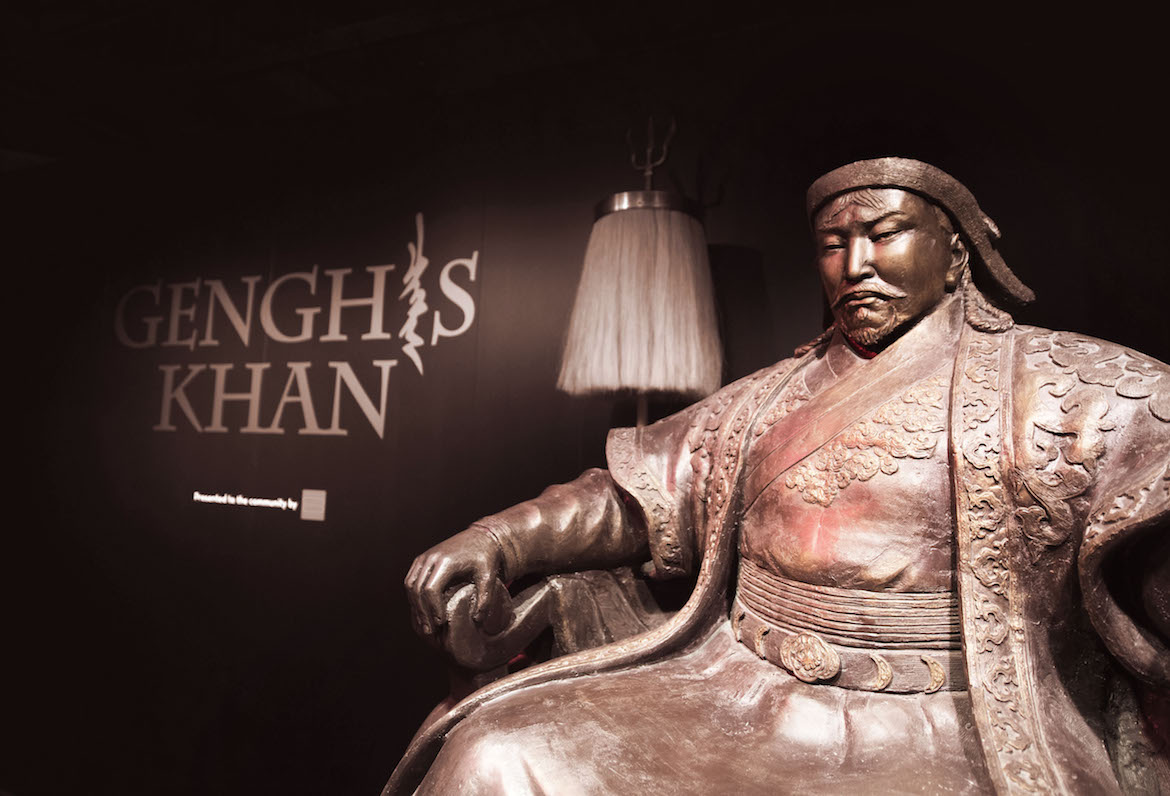 “Genghis Khan wasn’t the man we think he was,” the curator insists. “For the most part, he actually didn’t like to go to war.” He was a conqueror, yes, but his dominion over the largest land empire in history was maintained by tendencies toward progress and prosperity—qualities rarely mentioned in Western textbooks.

1162
The year Genghis Khan was born as Temujin in the Khentii Mountains of Mongolia
4x
The Mongol Empire was four times the size of the Roman Empire
4/30
Lessem’s Genghis Khan collection is on display at Discovery Place until April 30, 2017

An outcast of a small mountain tribe, the man who would become the Great Khan eventually ruled over a land four times the size of the Roman Empire. His far reach, from the fringes of Europe to the nomadic tribes in the east, allowed him to both discover pockets innovation and share these novelties with the rest of his subjects. He created one of the first international postal systems, popularized paper money, and even created a written language for his subjects.

“Once all the battles had been fought, there were tax breaks for educators,” Lessem expounds, “and people from all walks of life filled executive executive positions in the empire—a pure meritocracy.” Genghis welcomed any modes of thought that might improve his own life or his subjects’.

He also promoted freedom of religion, and tolerance for all cultures incorporated into his domain. Genghis Khan, while a brutally inventive commander on the battlefield, seems to have been a peaceful modernizer on the homefront. 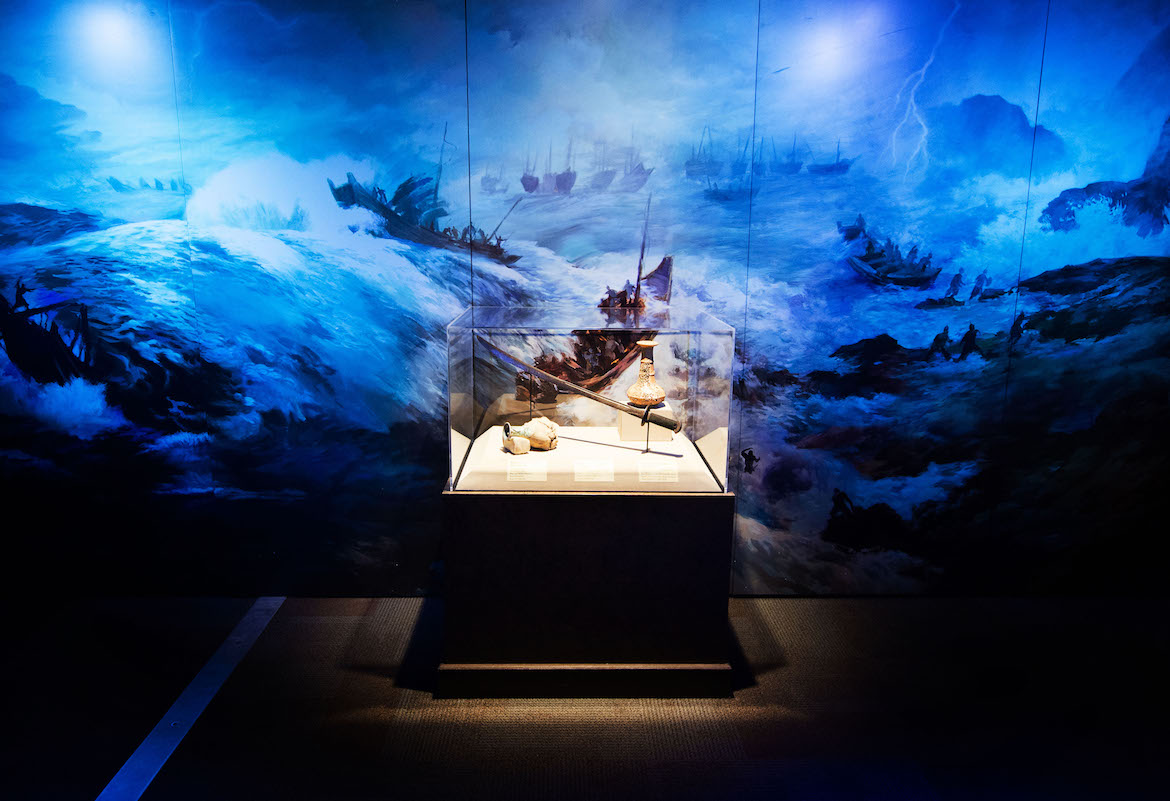 “In the West,” Lessem says, “our textbook Genghis Khan is decidedly more vulgar, more barbaric than he was in reality.” Lessem’s exhibit, which has now been housed in __ different museums, aims to correct this misperception. With an arsenal of over 400 artifacts, Genghis Khan charts a course from Genghis Khan’s rise to power through his grandson Kublai’s reign, highlighting everything from the most ruthless skirmishes to the most forward-thinking policies. It’s an unabashedly unbiased look at one of world history’s most famous figures—an event to to be cherished, if only because of how ridiculously rare such a thing is.

Don Lessem’s Genghis Khan embraces an obscured culture and shares it, illuminating every complex facet of a man we thought we knew. In the entrance to the exhibit sits the man himself, a replica of the 50-foot statue in the Mongolian capitol of Ulaanbaatar, to either side of him his dichotomous tugs (circular horsetail hair banners). One is black, and one is white, one used in war, and the other in peacetime. They flank an unreadable but proud Asian face, reminding us that every story has at least two sides. With the explicit purpose of informing the uninformed, every corner of Discovery Place’s expansive new exhibit educates. The Khan would approve.