Growing up in California, Kristen Van Diggelen Sloan spent her childhood enjoying what she referred to as “art stuff”. She colored, played in the mud, and let her imagination roam. She drew much of her inspiration from the beauty of California. As she grew up, Van Diggelen Sloan came to view her creativity as not just a product of her environment, but also as part of her blood. Her father, as well as other members of her family, all had that fierce drive to create and share art.

“The drive to make art is truly awesome but also a challenge to channel,” says Van Diggelen Sloan. “I feel like it has a life of its own—a God-given gift-force that I have to be a good steward of.” 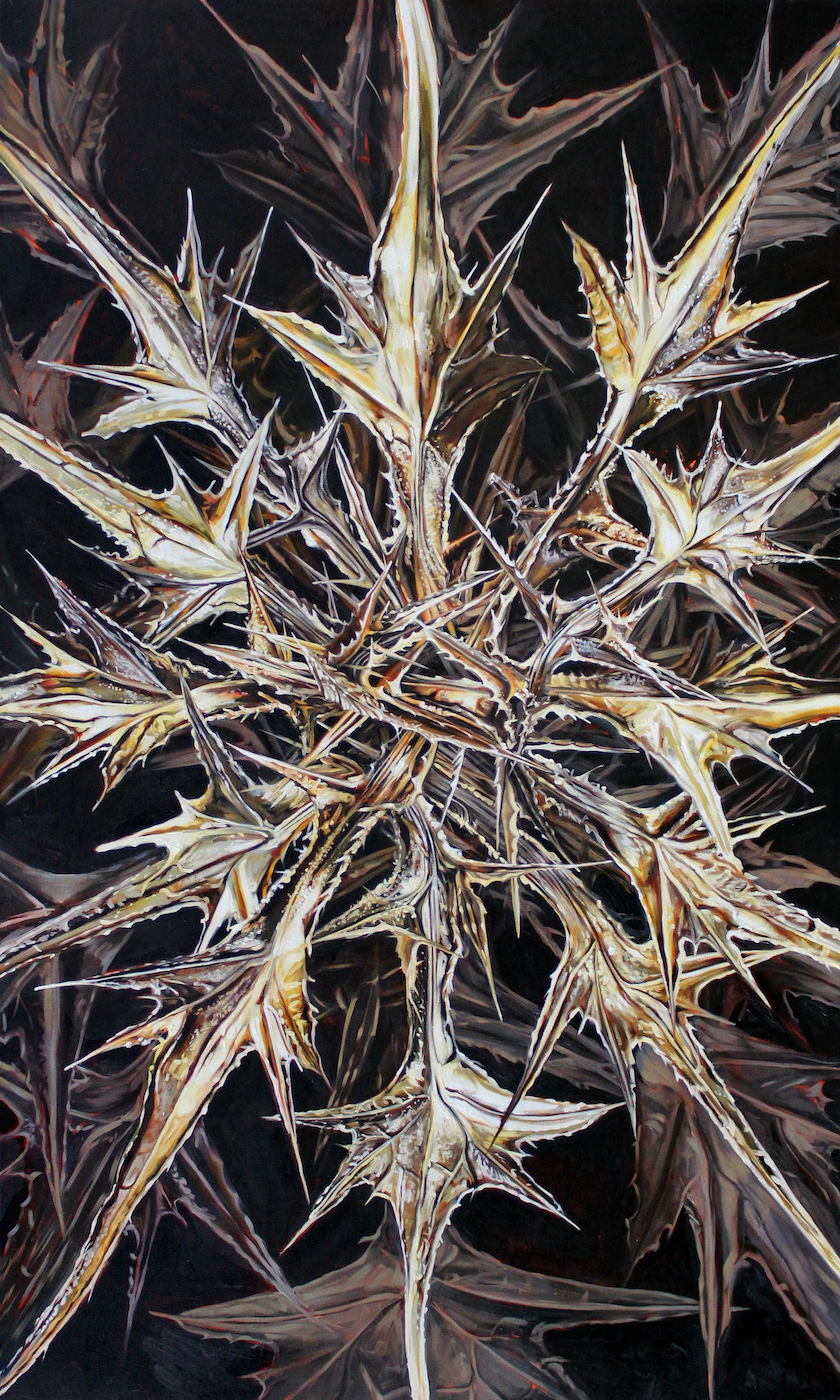 “The biggest appeal for me moving from San Francisco to South Carolina,” notes Van Diggelen Sloan, “was that we could afford to live in the country and have land.”

This unprecedented access to nature—12 acres of it, to be exact—helped Van Diggelen Sloan push her creativity even further. After observing the rolling cotton fields surrounding her home, she decided to find out all she could about the plant. From there, the cotton labyrinth project was born.

“A big part of my cotton labyrinth project is about experiencing not just the meditative act of walking the labyrinth, but the endurance aspect of cultivating cotton by hand,” says Van Diggelen Sloan. “It’s about understanding and empathy.”

Growing and harvesting her own cotton has come with its fair share of difficulties. However, Van Diggelen Sloan has loved the project so far. She plans to use the cotton to create her own painting canvases. 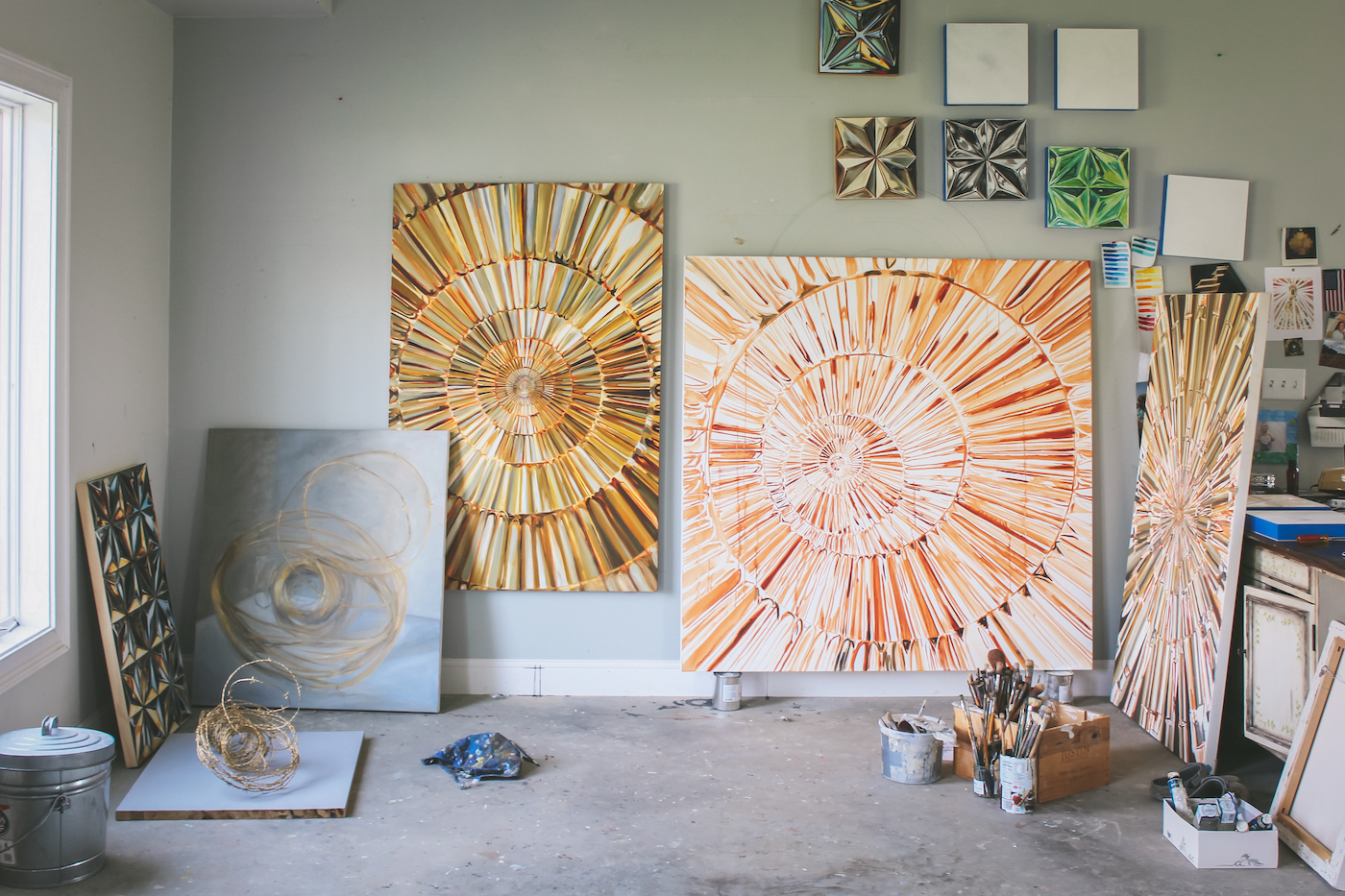 “I planted a heritage cotton seed,” Van Diggelen Sloan recalls,  “which did terribly with the summer drought, so I’ll be replanting it this coming spring… Even though my labyrinth didn’t turn out as planned, I’ve been greatly affected by walking our property, visiting nearby farms and neighboring historic Brattonsville.”

Learning about Brattonsville has been just as much of an inspiration to Van Diggelen Sloan as the land itself. Another project of hers involves Southern face vessels, also known as face jugs, which originated from the African slave culture prevalent throughout the area. Van Diggelen Sloan aims to create her own vessels, with a distinct focus on women and in her own style.

Regardless of what she’s working on, Kristen Van Diggelen Sloan always keeps in mind that her artistry is for sharing—for giving the viewer something new to experience.

“How the viewer perceives the work is really a reflection of themselves,” she admits. “I want to give them a lot of visual cues to sit with—to explore, to think. It’s all about them.”