Hidell Brooks Gallery is hosting a solo exhibition for North Carolina native Herb Jackson. After a long break not showing in the area, Jackson is looking forward to coming home. The show will feature 25 new paintings that Jackson has painted over the course of the last few years.

Throughout Jackson’s childhood, he was a regular at the North Carolina Museum of Art in Raleigh and he won his first award for art in a juried exhibition there in 1962, as a teenager.

“To require that an image, to be a bearer of content, must be recognizable is to suggest that there is no form to the unknowable,” Herb Jackson says. 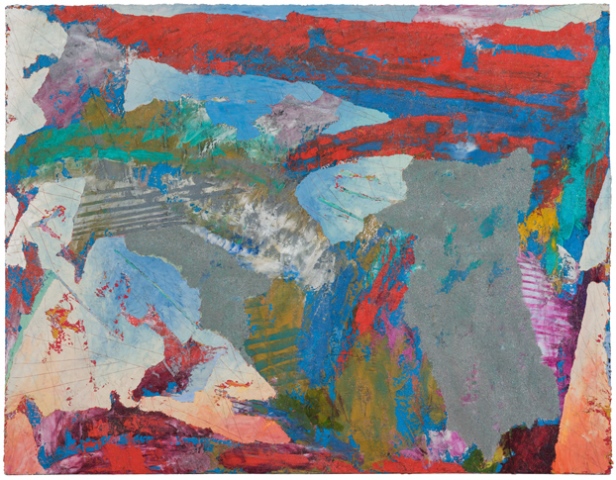 The painter received his undergraduate degree from Davidson College and three years later earned his Master’s degree in fine arts from the University of North Carolina at Chapel Hill. In 1969, while finishing up his graduate studies, Jackson began teaching at Davidson and soon became the chair of the art department, a position he held for 16 years.

He retired from teaching in 2011 but now Jackson’s work is in more than 80 collections, including the British museum in London and the Brooklyn museum in New York City.

His paintings are built up in many layers that get scraped off as they are being applied. Shapes and marks come and go as the painting develops to a hundred or more layers: The final outcome is the result of a process of discovery similar to the life experience itself.

You can contact the gallery to request further information on the exhibition, and to find out about the gallery owners, Katharine Hidell Thomas and Rebecca Brooks.