With its softly-lit, intimate interior, large gnarled manzanita branches twisting through the entryway, and seasoned sushi chef on display in the restaurant’s center, the newly opened O-Ku has made a dramatic statement in Charlotte’s South End. If the name rings familiar, it’s because the spot is originally a Charleston mainstay, one which Charlotteans have been frequenting on their weekenders to the Holy City for the past seven years. 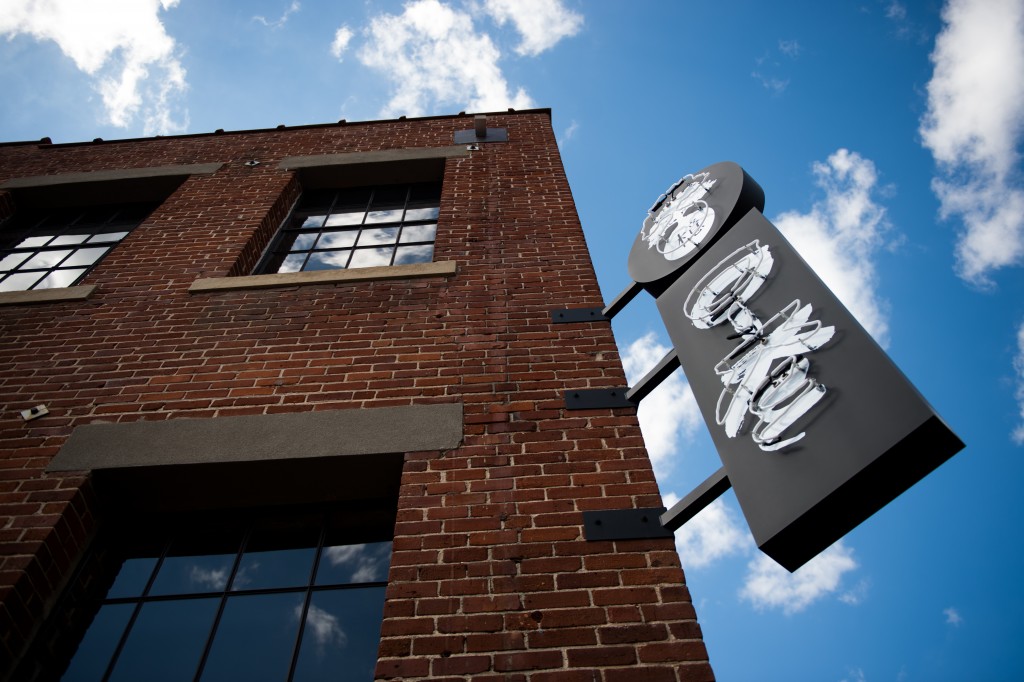 The upscale-meets-comfortable sushi eatery manages to eschew the trappings of the overly trendy sushi spot. The Japanese name, O-Ku, translates to “oak”, a way to pay homage to the Indigo Road Restaurant Group’s first restaurant, Oak Steakhouse. The restaurant has garnered press attention from everyone from the New York Post to Esquire and Travel + Leisure. The Charlotte location, in its first few months of opening, is already a packed house nearly every night of the week.

It’s the aesthetic of Charlotte’s brand-new sushi eatery that greets you first: the upscale meets-comfortable sushi eatery manages to eschew the trappings of the overly trendy sushi spot. The open-space concept with the sushi counter at the front and the bar located to the left matches the guiding force behind the food, described as “traditional techniques with a modern palate” and a little southern flair. 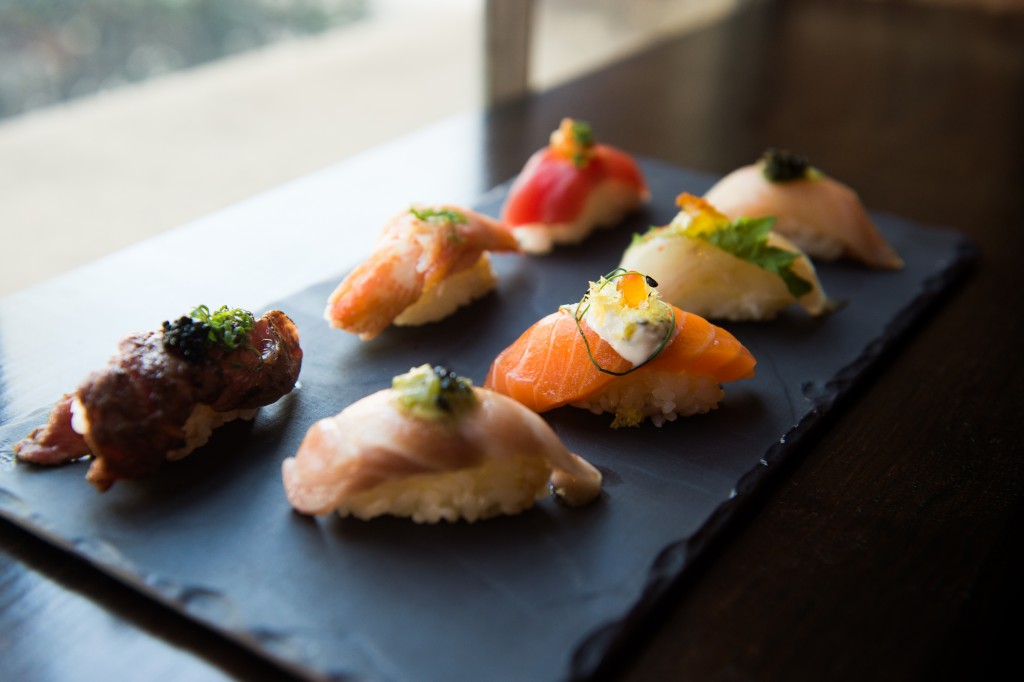 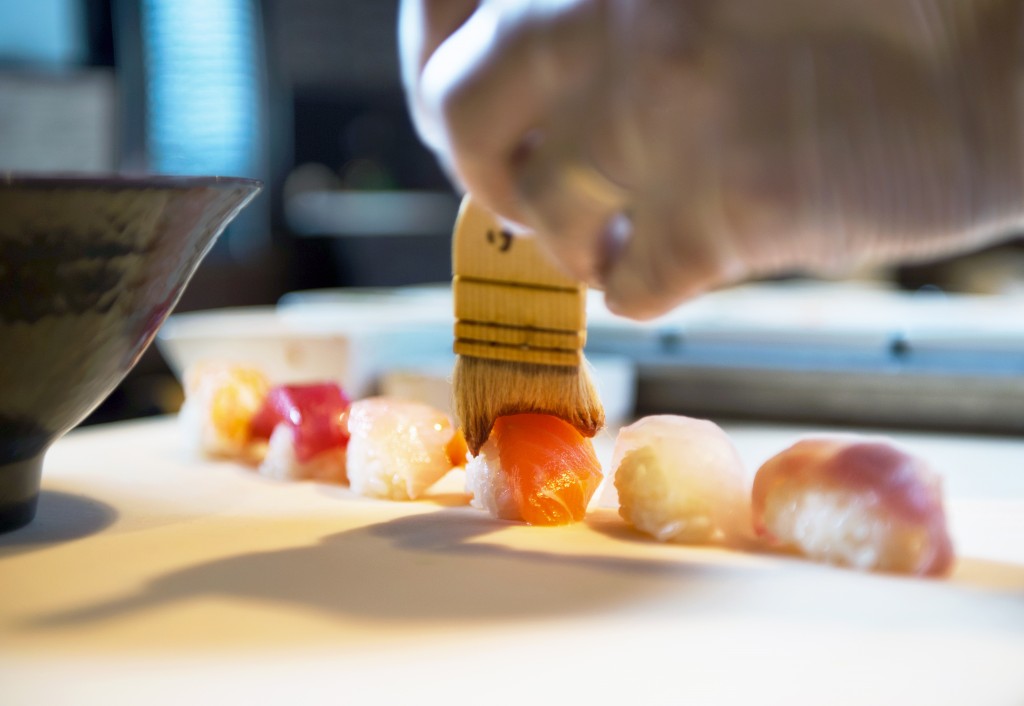 The classic southern elements — exposed brick, historic windows and high ceilings — mix with modern details like plush lavender chair cushions and over-sized lampshades. The building, which used to be the Ferguson Bath, Kitchen & Lighting Gallery, is a location the owners says they couldn’t be happier with: nestled in the buzzing South End area around other unique purveyors and restaurants who are all adding to the fabric of the city.

But of course, looks aside, it’s the food that matters most. With the demand for traditional Japanese food growing over the past decade in the U.S., the sushi market can seem saturated. There’s everything from super sleek and trendy lounges to dive-y lunch spots with diner booths and tiled floors. 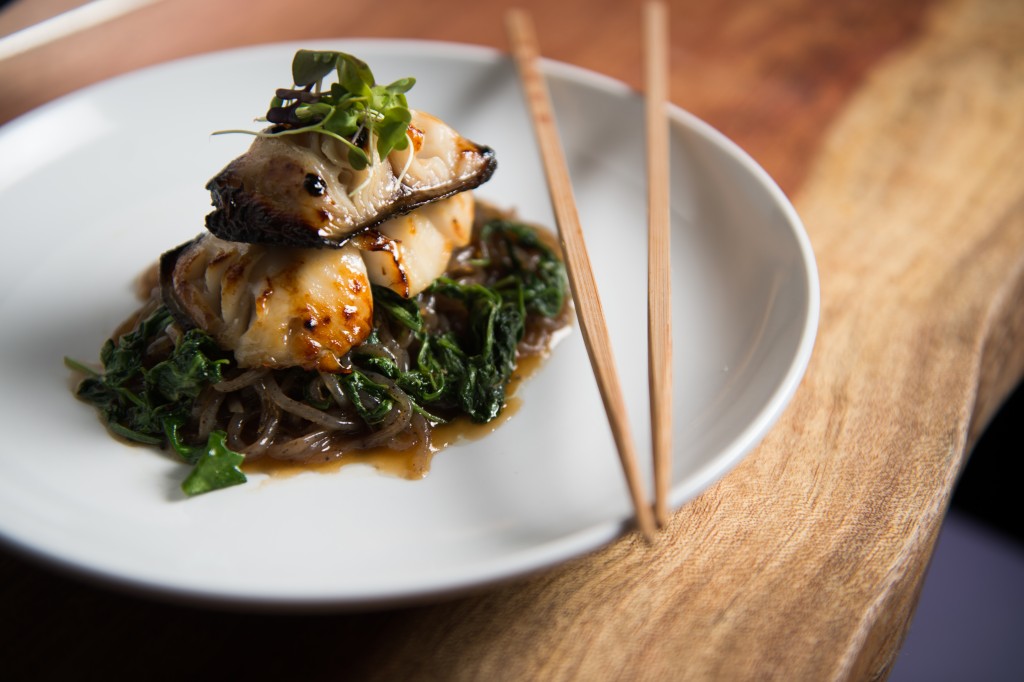 O-Ku manages to stand out amongst its competition in that singular way you hope a new local eatery will: the aesthetic actually ceases to matter because the first bite gives you that “this might be the best sushi I’ve
ever had” pause. O-Ku is clearly popular for good reason.

The menu, put together by executive chef Michael Chanthavong, features classic options like a California roll and Crunchy Tuna roll, along with a traditional list of sashimi and nigiri. The twists on the expected sushi options are many: a brightly flavored Salmon and Lemon roll and a box-style Lobster roll
featuring black squid ink rice instead of the traditional white.

Chanthavong, cousin to executive chef Kazu Murakami in Charleston, has worked at a variety of different restaurants and also honed his technique working in the other O-Ku locations. His enthusiasm shows as he
displays each dish, describing in careful detail each element, from the tiny mango cubes on his carpaccio to the flavors in his miso marinated cod. 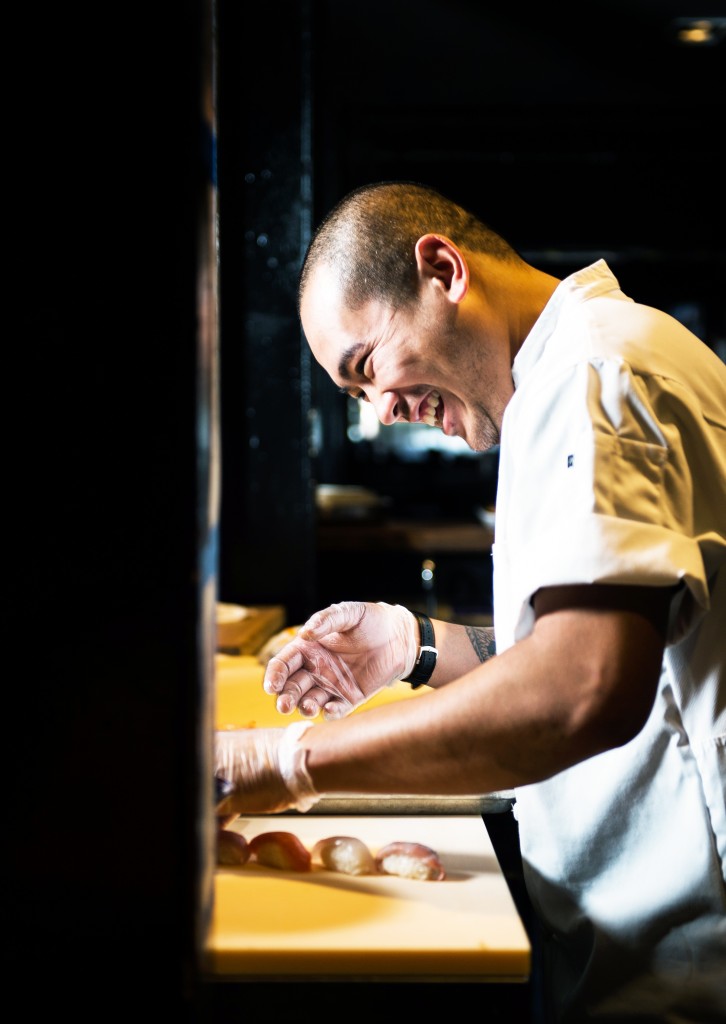 “You must be passionate about this or it will be just a job,” he says. “If you love what you are doing, it is not work anymore and to get to the next level I believe you should be open minded and have a good palate.”

And to be a good chef? “Value your network of people,” Chathavong says plainly. It’s a sentiment Brienza echoes, and he tells us O-Ku’s culture is built around the tight-knit family they’ve carefully curated in each restaurant.

While many of O-Ku’s standard menu go-tos have been included, Chanthavong put his own spin on Charlotte’s eatery, bringing a variety of specialties particular to the Queen City location. Sushi is only one piece of the standout menu – other highlights include a fresh yellowtail carpaccio dressed with cilantro, a single thinly-sliced serrano pepper, mango, and truffle ponzu. There is also an excellent spicy sesame pork belly and memorable butter poached lobster hand rolls.

The seafood all comes to your plate fresh – nothing older than 48 hours – and is brought to O-Ku from all over the world. Meat and fish also comes from Meat & Fish Co., in Charlotte.

“We use Big Eye Hawaiian Tuna from the pacific, unique stuff out of Chile, New England and California, Sea Urchin Roe from Japan… it just depends where the freshest stuff is and then that is what we get,” managing partner Kimball Brienza says.

O-Ku will also utilize Charotte’s Nova Bakery for desserts and incorporate local farmers to supply produce. There is an extensive list of specialty cocktails, like the Sugar & Spice martini with habanero pepper-infused vodka, along with premium sake, wines and a unique beer selection.

“Really what we provide is elevated service in a comfortable setting – it’s upscale but you can also come three times a week,” Brienza says. “O-Ku brings another element of fun and good food to the culinary community here. There’s some really good places in Charlotte and if we can be part of that, bringing another individual operator here just adds one more style to the food scene.”