It’s been said about him before, but it bears repeating: Richard Lazes is Charlotte’s very own Renaissance man.

Soft-spoken and polite with distinctive tousled gray hair and a lean build, Lazes, as a man, is a bit of an anomaly: he’s a globe-trotting innovator, big-time producer, and cutting-edge artist with an unassuming nature and quick smile, living in the quiet lake town of Cornelius. His humility belies the looming force behind quiet presence he brings.

In 2016, Lazes was very, very busy and 2017 doesn’t look any slower. Last fall, he headed to New Orleans for the unveiling of his newest large-scale art project, Paper Dolls, during the annual Art for Art’s Sake weekend. After New Orleans, Lazes jetted to Texas, New York, and then abroad to complete the Fashion Week Circuit in Paris, Milan, and Dubai, before finally returning stateside once more to work on his The McQueen Broadway show, also entitled Paper Dolls.  Lazes has finished the final script and expects to start rehearsals in April or May for a London opening. The Lennox Lewis movie he is producing this year, called “Love & Hurt”, is in the final stages of interviews with Mike Tyson and Don King and will debut at the 2017 Toronto Film Festival in September. 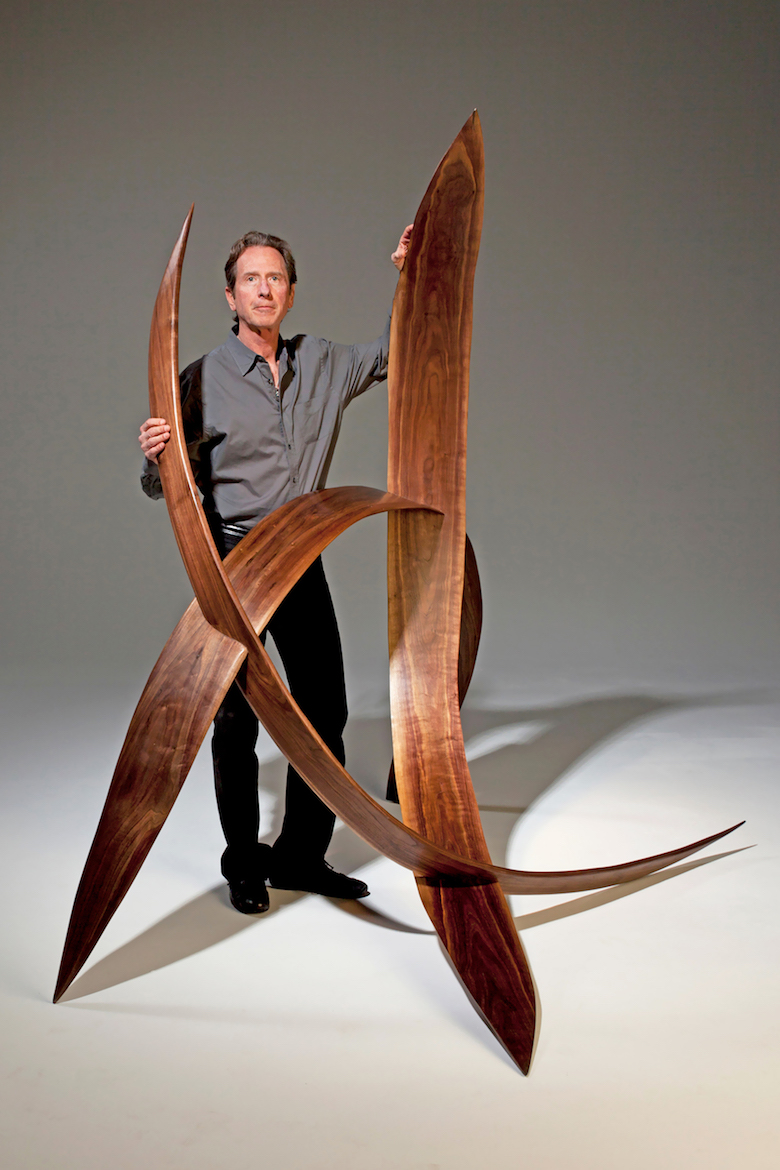 As many plates as he seems to have spinning, for now, Lazes is undeniably laser-focused on his Paper Dolls and he is positively buzzing with that energy.

“The paper dolls tell a story about nostalgia, about fashion, about the child in every man or woman. I think that giving the viewer or the collector a chance to have a story behind the art is important. The fusion of fashion with fine art strikes a chord we’re hoping will be supported by all walks of life – and we’re trying to entertain. The cross-pollination [of fashion and art] has always existed for creatives, so the project made sense from that perspective.”

The Dolls art project has expanded in the two years since its inception, an idea born from a spontaneous strike of inspiration that Lazes and his creative partner, Paul Veto, say was based on little more than a stray action figure doll in the studio and what then quickly became a preoccupation of Lazes’ with the tragic but glamorous arc of designer Alexander McQueen’s fast-paced life. Often with his art, Lazes laughs, a project begins with little rhyme or reason. 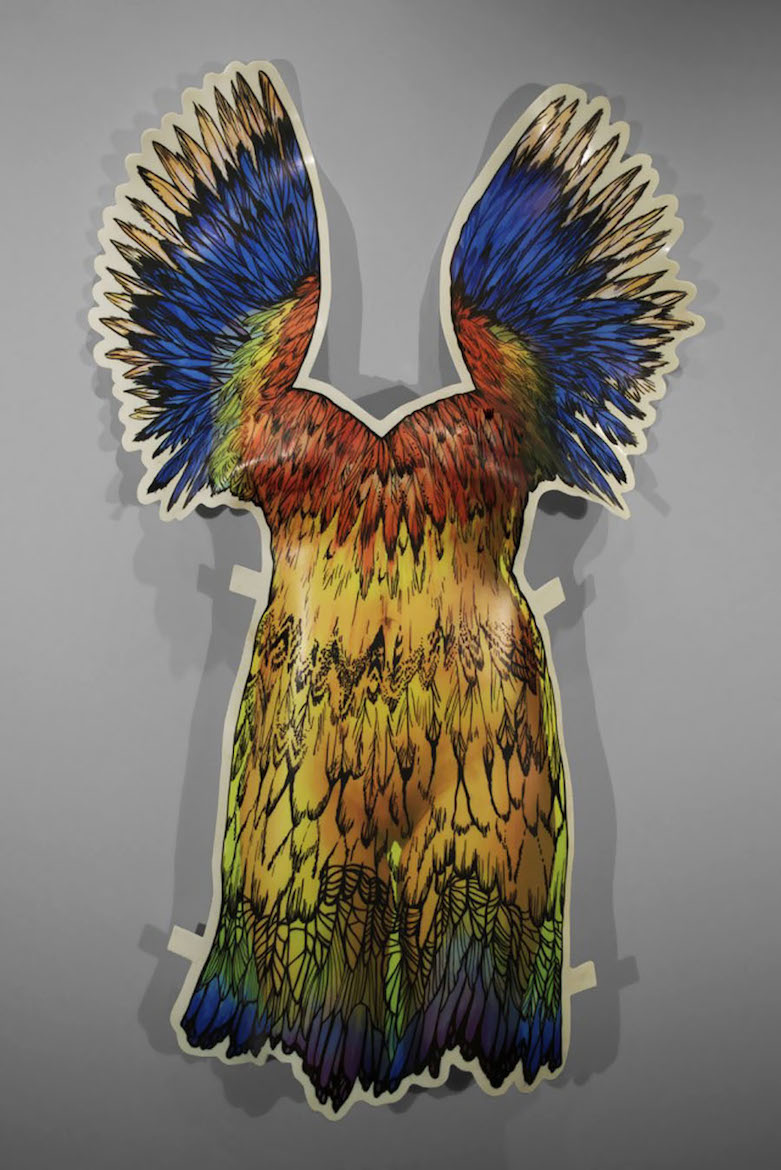 The thing is, all this busyness and sparking creativity is nothing new; in fact, it seems Rick Lazes has made a career out of keeping the plates spinning on as many ventures as possible. In addition to his acclaimed three-dimensional artwork, he is also a producer who has done hundreds of live concerts and major music festivals. He’s an inventor – Lazes holds several patents across different countries for a technology dedicated to environmental preservation via the mitigating of offshore oil spills. And he is also a prominent real-estate developer, the visionary who recently put the finishing touches on the 37-acre entertainment complex that is the NC Music Factory (now the AvidXchange Music Factory).

“A lot of people think that some of [my] vocations are so diverse that they’re incongruent,” Lazes admits. “But I’ve never felt that way. I think when you have a passion for a project and you plan it properly and build it on a good foundation and it makes good business sense, you can always expand. My role is to create energy: sometimes it’s art, sometimes it’s fashion, sometimes it’s music, sometimes it’s real-estate.”

Part of what also makes Lazes so fascinating is that he truly epitomizes the ideal of the self-made man. For all his success and the many impressive pursuits, his roots are humble.

Before he became the Lazes the Queen City knows, things were a little different. “I lived dirt poor in a little house in West Virginia with no running water, a pot belly stove for heat and no telephone – until one day we got an 8-party line,” he recalls. He luaghs a little as he remarks that he is still “amazed when I turn the tap and there’s running water.” 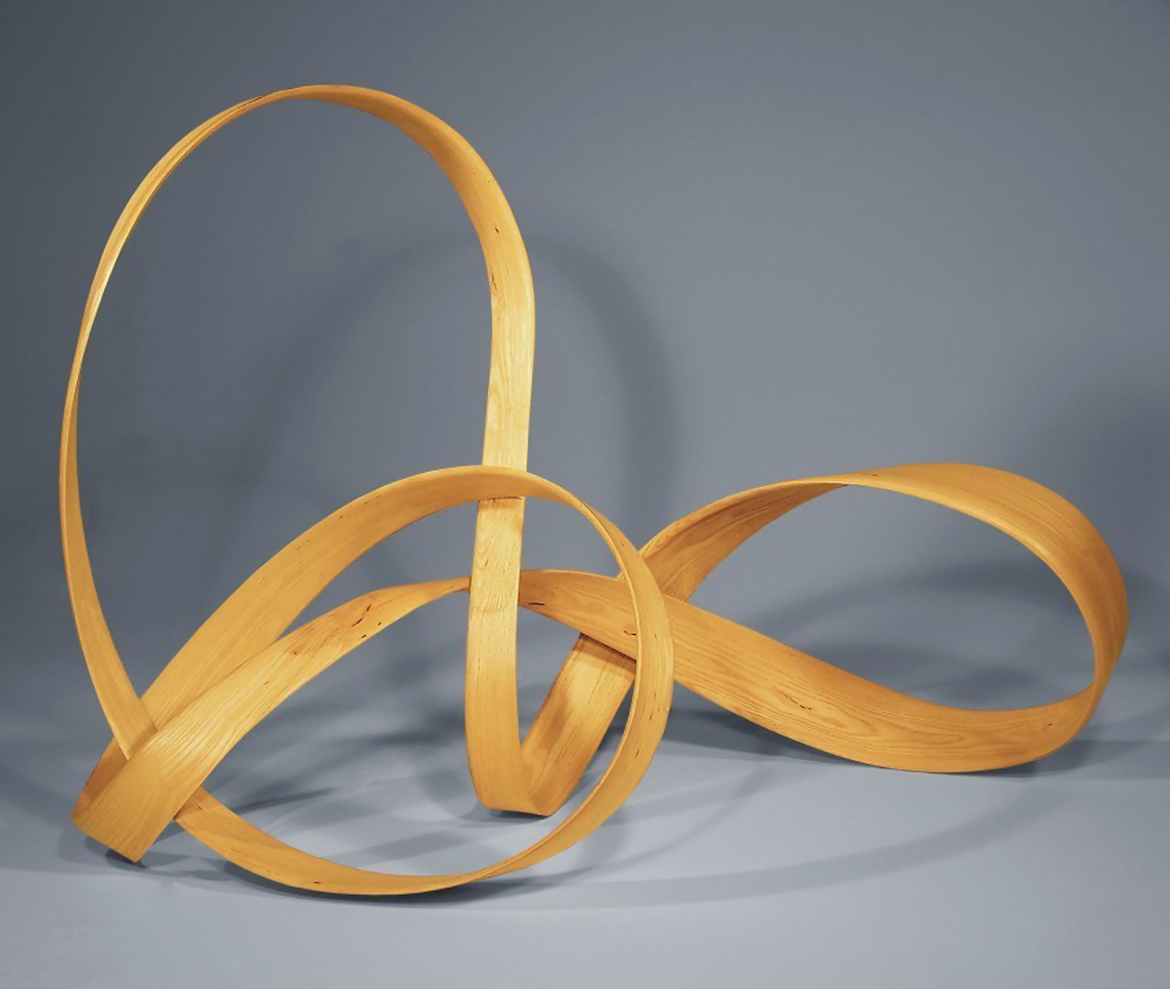 All that  came next was through grit, determination, and a genuine love for the work he does.

“It’s nice to see the exposure of arts and entertainment and culture in Charlotte, and my work as an artist and at the music factory is all part of that – I’m trying to make a contribution to that,” he explains. It’s important for Charlotteans to be able to express their passion and not have to fit in a certain mold or point of view in terms of culture in general. I think Hugh McColl said it best: ‘I used to think arts/entertainment were a luxury, but now I know to become a great city it’s a necessity.’ Art helps attract more people and jobs, and adds to the richness of the culture.”

One thing is for certain: Rick Lazes is doing the work and staying true to his passion – building stunning pieces from the ground up, be it art, music, film, or real-estate. For the man who seems to have a talent for everything, he clearly has not lost the spark. His excitement for bringing the Paper Dolls outside of North Carolina is palpable. As we end the interview, Lazes, in his black band tee and black pants nods a quick goodbye to us and turns back to the wooden table on which Veto, during the entire length of our visit, has been quietly and carefully coloring in one of the doll’s outfit. There is work yet to be done.