Bruce Julian is a distinct presence, even when he’s completely sober, so no chat with him is sterile. But I figured: Why interview Charlotte’s Bloody Mary guy about his fashion career without a couple bloodies to improve the experience? Improvement, after all, is the core of fashion, right?

What follows is, suffice it to say, the abridged version of a lengthy, erratic conversation. The guy makes a mean custom suit, but he makes a meaner drink. I promise it’s mostly coherent.

What’s the strangest piece of clothing that you have ever worn?
My dad, Milton Julian, made four outfits for Doug Clark and the Hot Nuts, a college band in Chapel Hill. You may’ve never heard of them. Doug Clark was fairly famous and their thing was fraternity parties. In the 60’s they had my dad make them some outfits—four of them. These awful things were beltless, bellbottom, crushed velvet pants; a really long collared shirt that was big black-and-white check, with black cuffs about six inches long; and a crushed velvet vest with this horrible little buckle that closed it.

Yikes. What year was this?
’66. Somehow those things got passed down to me. I’ve worn one at Halloween a couple of years and I’ve still got them. Finding three other people who will dress up with me is tough.

Try black linen down here and the sun’ll bake your ass.

Have you ever worn them outside of a Halloween or party setting?
I haven’t had the nerve. I’m sure something might come up but it hasn’t yet.

What’s currently your favorite piece of clothing in your own wardrobe?
A double-breasted jacket I got. It’s kind of a winter jacket, it’s a really warm knit, and long. 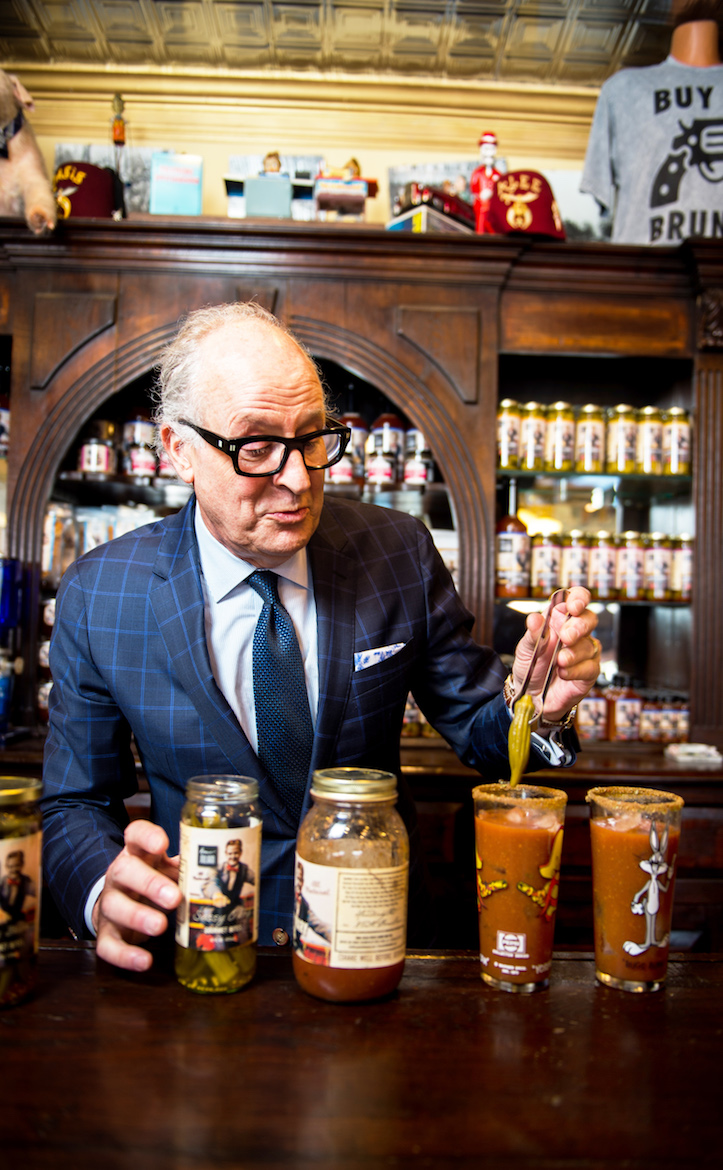 What is the one rule of men’s fashion today that you wish more men adhered to?
Right now—it could change; it could possibly be done correctly, to be honest with you—but right now, it’s really best if you don’t have any pleats on your pants. Just don’t do it.

Do you think a trend like that can become objectively bad?
Yeah. It looks just as bad on a taxi cab driver in New York as it does on a guy in downtown Charlotte.

Do you remember a time when it wasn’t so bad?
Yeah, very clearly, and I don’t think I miss it. There’s been much more of that baggier look in men’s clothing than what’s going on now. The current, trimmer silhouette is fabulous because it’s got a younger group—men your age—dressing up. I think, and I have no idea if this is the truth, just follow me for a little bit with it… If all you had to look up to was pleated pants, big shoulders, buttons that come down below your waist, you wouldn’t be into dressing yourselves—I mean really dressing yourselves—too much, would you? You see what I’m saying? Now that there’s this new trimmer silhouette, everyone sees something in clothing, everyone is interested. I mean something now, I meant nothing back then.

Right now, it’s really best if you don’t have any pleats on your pants.

Why do you think that has become popular? Why did that trend catch on?
Because everyone is working on their physique, and it follows your physique better.

It shows you off better?
Right. With the old stuff, everything was too big for everyone. Fat or skinny, everyone looked the same.

Do you think there is more or less color in modern men’s clothing?
That’s actually the great thing about Charlotte! There’s always gonna be color in this town, and in the South in general. Now, north of the Mason-Dixon line that’s another thing. If this store was in New York City—it’d be black, black, and more black. And some gray. The South believes in color, and it makes my job a lot more fun. If everything was dumbed down to two colors, well…ugh. How much can I do with that?

Do you think that has anything to do with weather?
Yeah, I think you’re right. Linen, for example, only really works here as a lighter color. Try black linen down here and the sun’ll bake your ass. 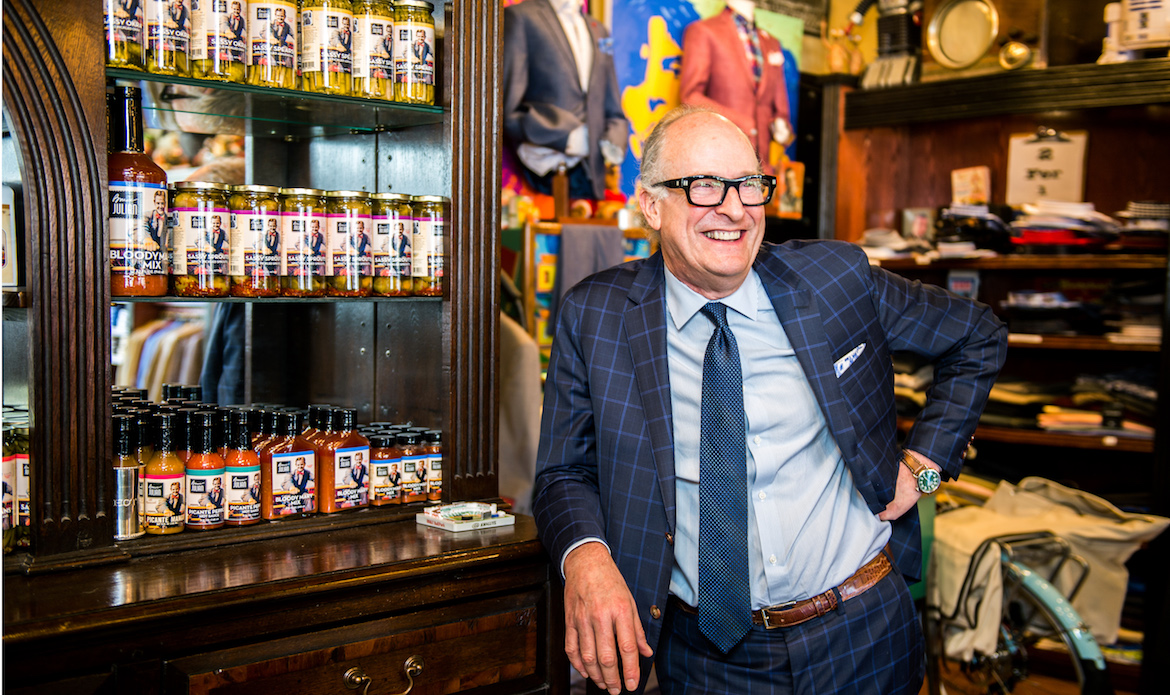 What’s the strangest thing you’ve encountered in this store? Does anything surprise you anymore?

I’ve been asked to make some stuff that came out terribly but the customers were totally satisfied. I have to bite my tongue sometimes. If a guy is a 40 in the waist and he thinks he’s a 36, I’m a bad person when I tell him he’s a 40. That’s not really strange, I guess, but it always surprises me.

Yeah that has to be an awkward position in your profession to tell someone, “…yeah, that doesn’t fit you, you’re bigger than that.”
And I never get to tell anyone they’re smaller than they thought! It’s unfortunate.

Any other strange folk?
[Diana, a long-time employee of Bruce Julian Clothiers, chimes in here.]

A guy once came in looking for “sportcoats with the sperm things on them.” I showed him a paisley pattern, and he said, “yeah, that.”

I mean, you open your doors to the public and guess who walks in?

What do you sell most here in the store?
Suits, full suits.

So, people come in and they want to buy a full suit? That seems like the most expensive option.
That’s what they need.

What’s your favorite request?
I love customwork. It’s so much fun when someone wants something kind of different. I deal with eight fabric makers, so someone will come in asking for something specific. When you’re looking for that and searching for just the right thing…When you find it, it’s very gratifying. The most gratifying thing is helping good people. That feels great when it’s just good guys.