New Orleans is a melting pot—an analogy used often and everywhere, but one that seems most apt in describing a coalescence of cultures and peoples quite unlike any other in the country. At the same time, somehow, New Orleans is contrarily a mosaic. The architecture is French and Spanish and English, but it’s all New Orleanian. That’s the same with the NOPSI Hotel in New Orleans. The city serves up a smorgasbord of flavors from all over the damn planet, but it’s all one cuisine.

Hip, post-Katrina eateries run by an exploding young population command street corners opposite white-cloth restaurants that have served the city for decades: Locals will tell you creole food has never seen better days, and your own senses will tell you something similar. Strolling these vibrant streets are some of the most interesting, head-turning people you’re likely to see in the United States, and yet…on these streets alone, they fit right in. It’s home to every kind of person imaginable and yet home to one people. 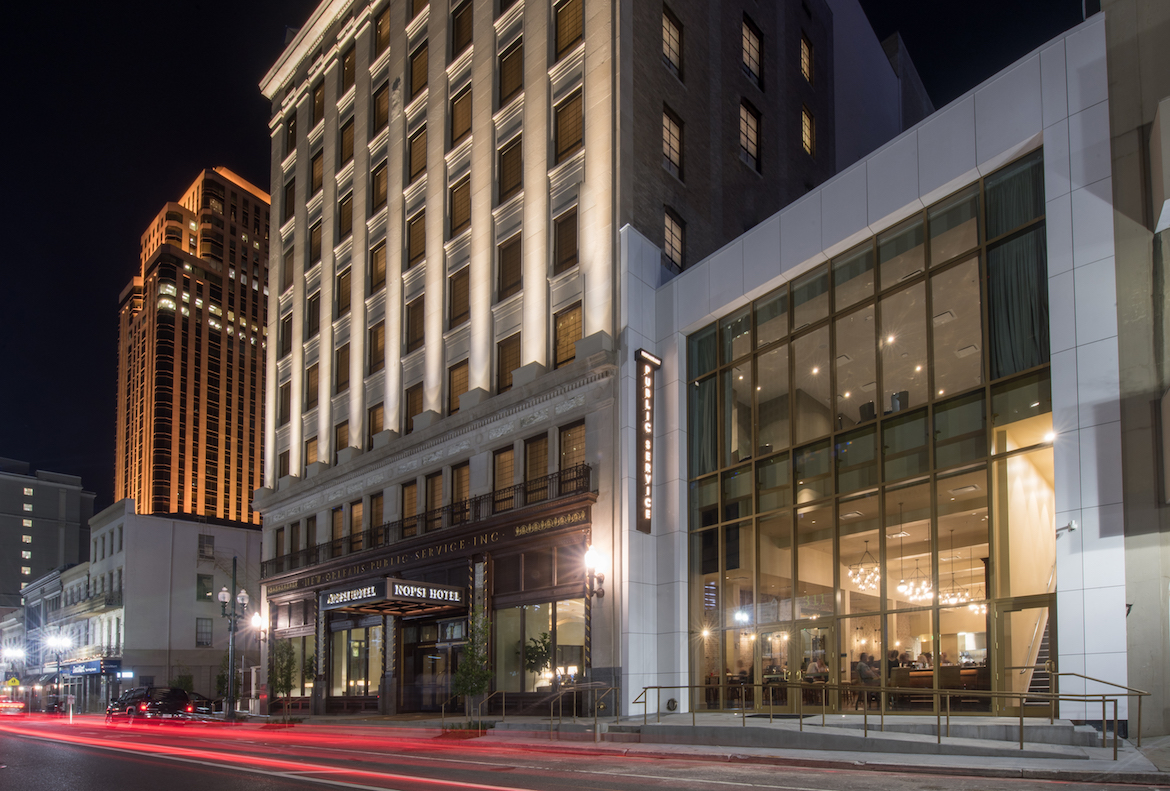 Years ago, all these people, from every walk of life, had to turn up at one place regularly: New Orleans Public Service Incorporated, a Central Business District mainstay affectionately known to those who grew up with it as “NOPSI.” Everyone of a certain age recalls monthly visits to the 1920s-era building: For decades, the company headquartered here supplied electricity, natural gas, and transportation for the entire New Orleans metropolitan area.

Today, the NOPSI building is decidedly more hospitable, but no less iconic: It’s recently been repurposed as a 217-room hotel with 76 suites. 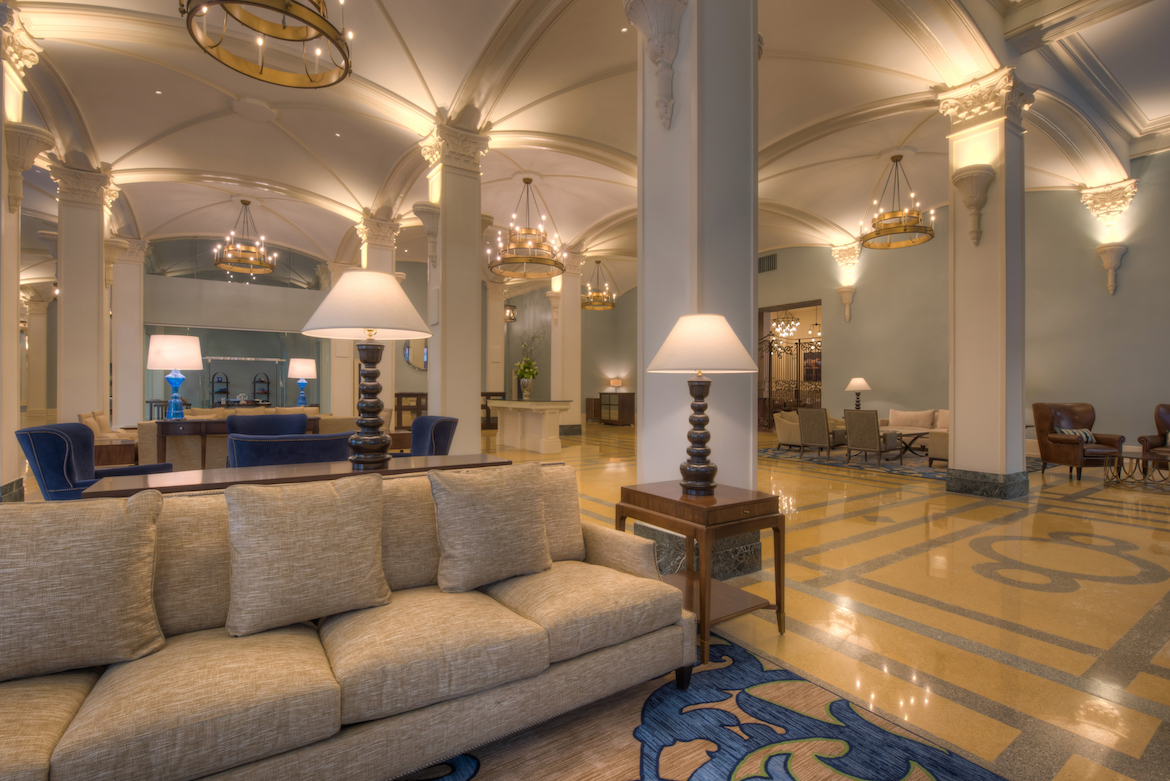 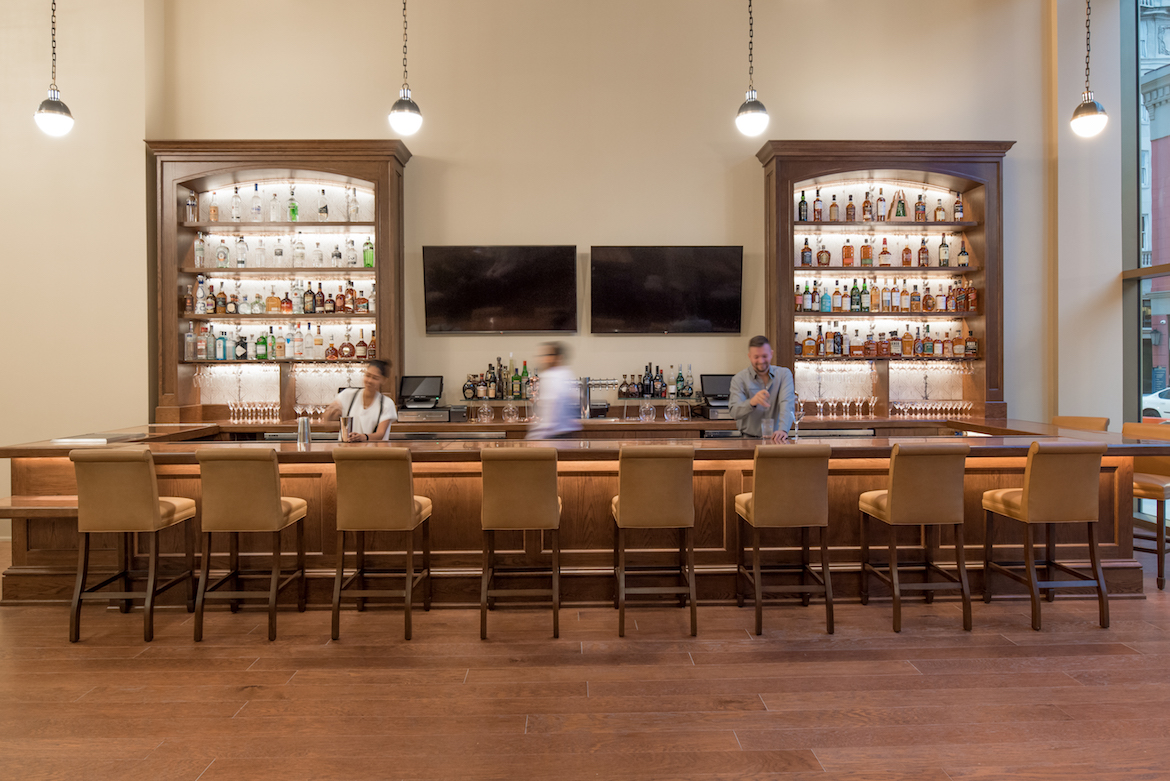 The city’s first luxury hotel in a generation, NOPSI Hotel thankfully preserves much of the character of the original building: The lobby, with its stone terrazzo floors and vaulted ceiling grandeur, looks like it did a century ago—the hotel designers actually excavated much of the ornate molding from the building’s cellar and restored it. The guest rooms, on the other hand, stand as a complete reinvention of a once corporate space.

Custom-made furniture fills accommodations designed with the building’s industrial history in mind, and the most luxurious tiled bathrooms in the city round out the experience. With a pool and bar livening up the rooftop, a restaurant where both travelers and locals congregate, and interiors designed to make you linger, it’s an altogether different place…but NOPSI is still in the business of public service. At this boutique hotel, exceptional hospitality is far from an afterthought: It’s the whole lightbulb-powered idea. 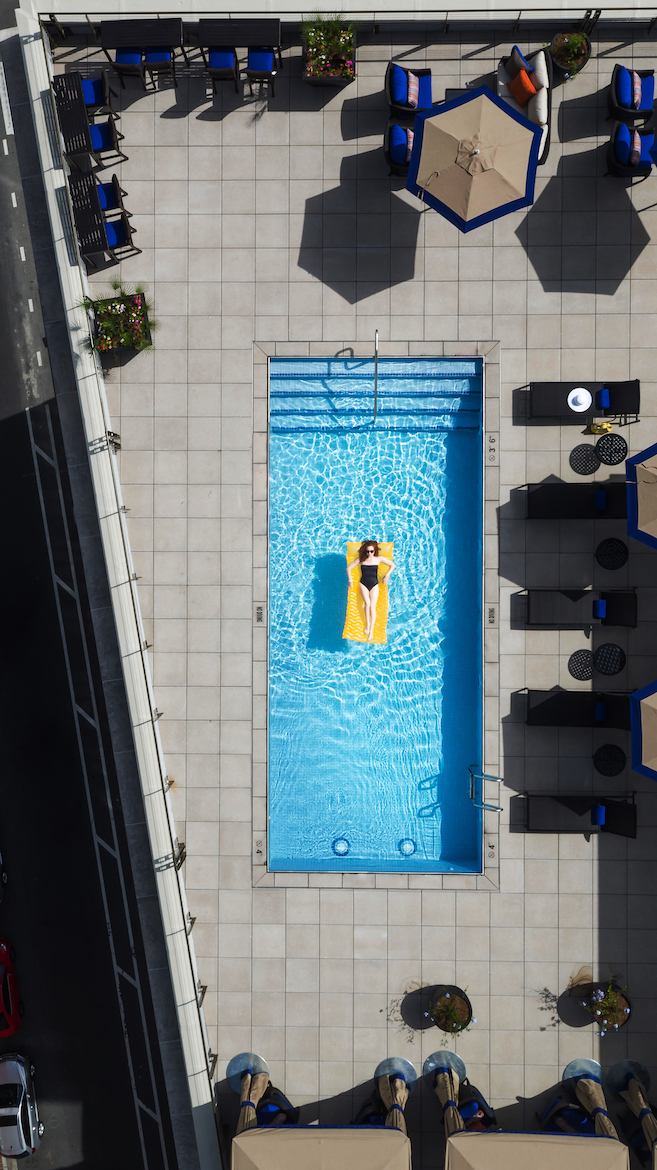 Tips for a weekend tear through the Big Easy

Dine at Public Service. This hotel restaurant isn’t just a hotel restaurant. The first of many offbeat whiskey drinks will make that clear immediately. Chef Dustin Brien prepares contemporary cuisine that honors the Gulf’s fishermen and farmers in an open-kitchen format, and various New Southern bites and creole callbacks are among the tastiest options in the Central Business District. Trust me—get the redfish. The conclusion of night one is up to you. There are bars aplenty, but Saturday is sure to be a doozy. Whatever you do, just be sure to grab some beignets and au laits at Cafe Du Monde before you return to the fluffy pillow heaven that is your NOPSI bed.

Explore the French Quarter. Yes, it’s where every tourist in the city seems to congregate, but there’s plenty enough room for all. Dip in and out of shops, linger in the coffeehouses, and be sure to see the Mississippi. Lunch at Galatorie’s is a must. A mainstay in NOLA for a century, this white-cloth restaurant is, well, a hell of a lot more than the subdued fine dining experience you may expect. Midday at Galatorie’s is a party, and everyone’s invited. Start with the potatoes au gratin and end with the crabmeat…au gratin. Why not? You’re in New Orleans. Don’t worry: If you have one too many sazeracs, and you start toasting to everything and nothing…the whole dining room will likely join in.

When lunch is over, give Bourbon Street some of your time, but focus your efforts on the new home of music. Nowadays, Frenchman Street is New Orleans. Attend any spontaneous street corner jazz concerts you can, and drink on the streets because it’s legal here. Heading back toward NOPSI, cap off your night at LaFitte’s Blacksmith Shop, the alleged oldest structure to be used as a bar in the country.

Brunch at Commander’s Palace. Come hungry—this place didn’t win six James Beard awards by withholding the good stuff. Try whatever the servers recommend, which will undoubtedly include their (truly) world famous turtle soup to start. It’s one of the most savory dishes you’ll find in The Big Easy—and that’s saying a lot. Finish with a doppio espresso. You’ll need it if you’re planning to function after this meal. If you have time (and even the slightest interest in history and architecture), explore Lafayette Cemetery across the street before getting lost in the antique splendor of the garden district. 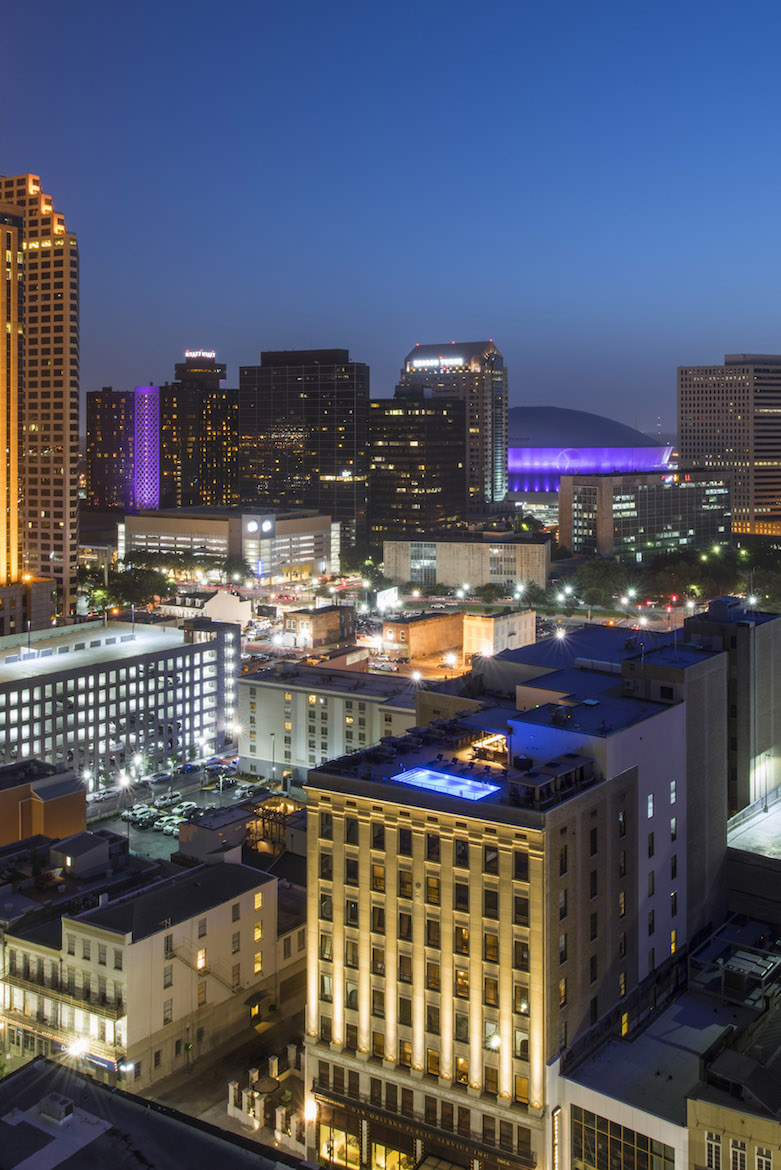