“Raffaldini” isn’t an American name, and it certainly doesn’t belong to a North Carolina family. Raffaldini Vineyards has and will continue to flourish in the North Carolina foothills, though, because of a legacy the family shares with the state: cultivation. Italian though it is, the Raffaldini name is synonymous with the same kind of work that helped build the Carolinas. Their heritage evokes our heritage. Also, their Montepulciano Riserva is the best Italian wine in North Carolina. So that doesn’t hurt.

The Raffaldini story began in medieval Mantua, Italy, the birthplace of the great Roman poet Virgil. This quiet town in the province of Lombardy is situated on the richest plain of the Po Valley, where the earliest known branches of the Raffaldini family lived. In those days, they were humble farmers, wine grapes just one of many crops. Now, in the 21st Century, La Famiglia Raffaldini is one of Italy’s oldest traceable lineages, and Jay Raffaldini is growing grapes on the other side of the Atlantic…as a supplementary career. The Raffaldini family motto taken from Virgil’s Aeneid, “Audentes Fortuna Iuvat,” roughly translates to ”fortune favors the daring.” Indeed. 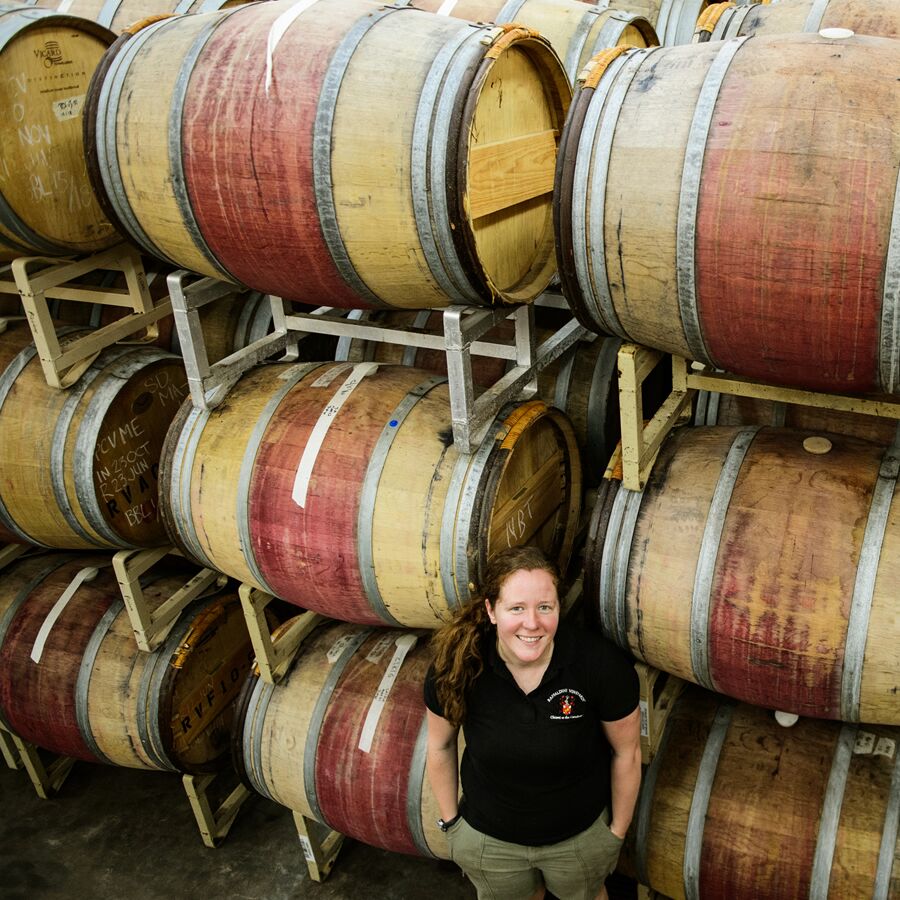 Jay and his sister Barbara were born in New York to Italian immigrant parents. After finding success in their respective careers, Jay and family could have chosen any land on which to rear their winery, but they settled on the Yadkin Valley in North Carolina because of the region’s conducive conditions for grape growing. The rolling hills of western Carolina echo the luscious green landscapes of northern Italy. The proximity to the Blue Ridge, along with the Swan Creek area’s cool, dry climate, recall the breezy foothills south of the Alps, where Mantua rests.

The land the farmer rejects, the vineyard accepts.

Just as their provenance in working the land informed the family’s grape growing, the farm mentality continues to harmonize with that of the vineyard; in fact, the two almost seem to share the land. Unlike most crops, grapes thrive in the poorest of soils. The growing method thus makes the growing space easy to divvy up. The old Italian adage “the land the farmer rejects, the vineyard accepts” inspired the choice of countryside Raffaldini currently occupies.

An agrarian sense of quality and productivity ripens every step of the winemaking procedure at Raffaldini. Italian tradition is, of course, a distinguishing characteristic of their winemaking process, but even the decidedly foreign practices align themselves with Carolina’s agricultural history. In an intriguingly coincidental evocation of Carolina’s mass tobacco cultivation, Raffaldini Vineyards employs an age-old fruit drying technique in its process. Once the vineyard’s seven grape varietals have been picked, they are subjected to Appassimento, a time- and labor-intensive dehydration method passed down from the Middle Ages. Traditionally, once the best clusters had been appropriated for fermentation, medieval Italian wineries dried grapes on straw mats in open sunlight. Raffaldini’s modernization of this ancient Italian process involves deliberate placement of grapes on custom-built drying racks for optimum airflow around each grape. Like all methodical practices at Raffaldini, this is done “to preserve the fundamental nature of the fruit from vineyard to bottle.” 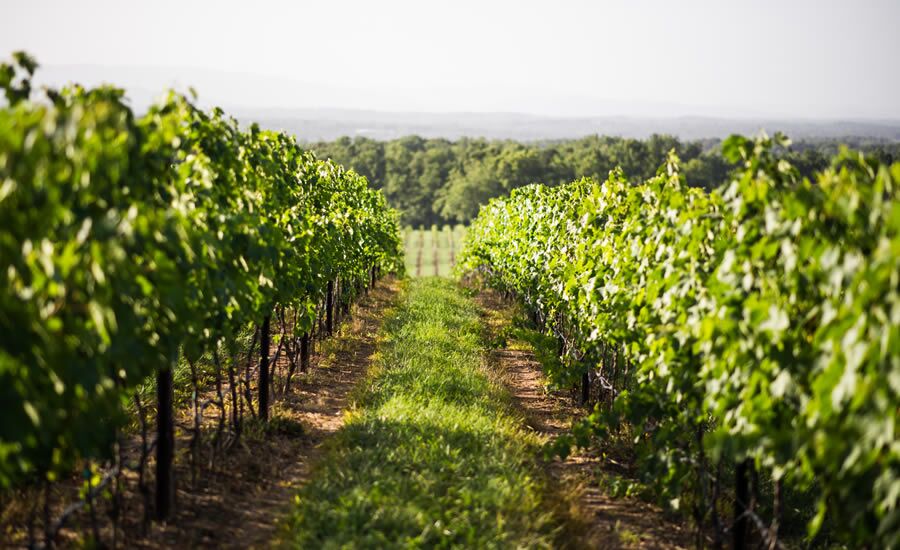 The parallels dont end with the winery, either. The current Vineyard Manager, Andy Shores, unceremoniously identifies himself as just an old farmer from Surry County. Initially hired for his tractor-driving ability, Andy discovered a livelihood similar in practice but altogether different —and refreshingly so — in philosophy. Contrary to the intuition bred by his previous occupation, Vineyard Manager Andy loves the extreme dryness and heat. Though record-breakingly hot and unforgiving to the average Carolinian lawn, summer of 2015 has been more than kind to the Carolina grape. “The grape grower is the only farmer who loves drought,” says Andy. “The drier the weather, the more fully the vine develops the cluster.” 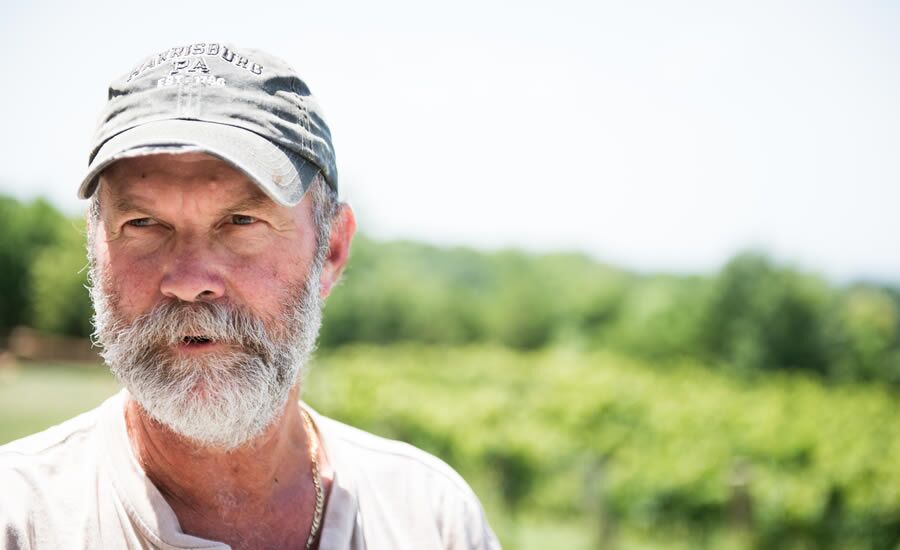 The grape grower is the only farmer who loves drought.

The necessity for this pairing of ruthless soil and climate doesn’t mean the vineyard crew can neglect the grapes, however. If farming is a seasonal profession, grape growing is a lifestyle. ”You’ve got to take care of the plant,” Andy stresses. “Even after the grapes have been harvested, you still have to take care of the vines until the frost.” Then there’s the winter to brave. The matter of what is best for the plant, while a concern for farmers, is a constant enterprise in the vineyard. Theres always some part of the land that requires care, and this old caretaker seems immensely appreciative of that. The vines need to struggle to survive, but the cultivators don’t. Raffaldini Vineyards ensures that Andy’s latest profession is a fruitful one, year-round. 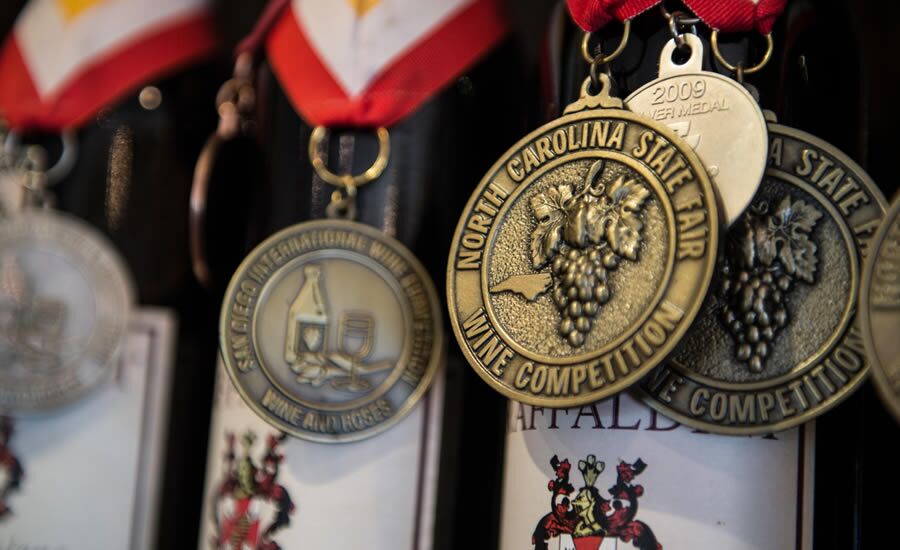 Nestled away in rural North Carolina, Raffaldini Vineyards is a place for quiet, for an operation not just on the land, but with reverence for it. A young Virgil was so bewitched by the agrarian serenity of his Po Valley homeland that he called it “dove il Po discende per aver pace con seguaci sui,” “the place where the Po runs down among his followers to find his peace.” Quiet Mantua was, for Virgil, a place of amaranthine calm. If only the poet had witnessed gentle, rustic Carolina! Here, the Raffaldini family has found its own ceaseless peace, its pax aeterna — and an admittedly damn good spot for winemaking.

In a sense, the diverse array of folks behind Raffaldini Vineyards are just a bunch of old farmers, attuned to the heart of Carolina. They’re here to make wine, sure — but first and foremost, they are “good stewards of the land.” 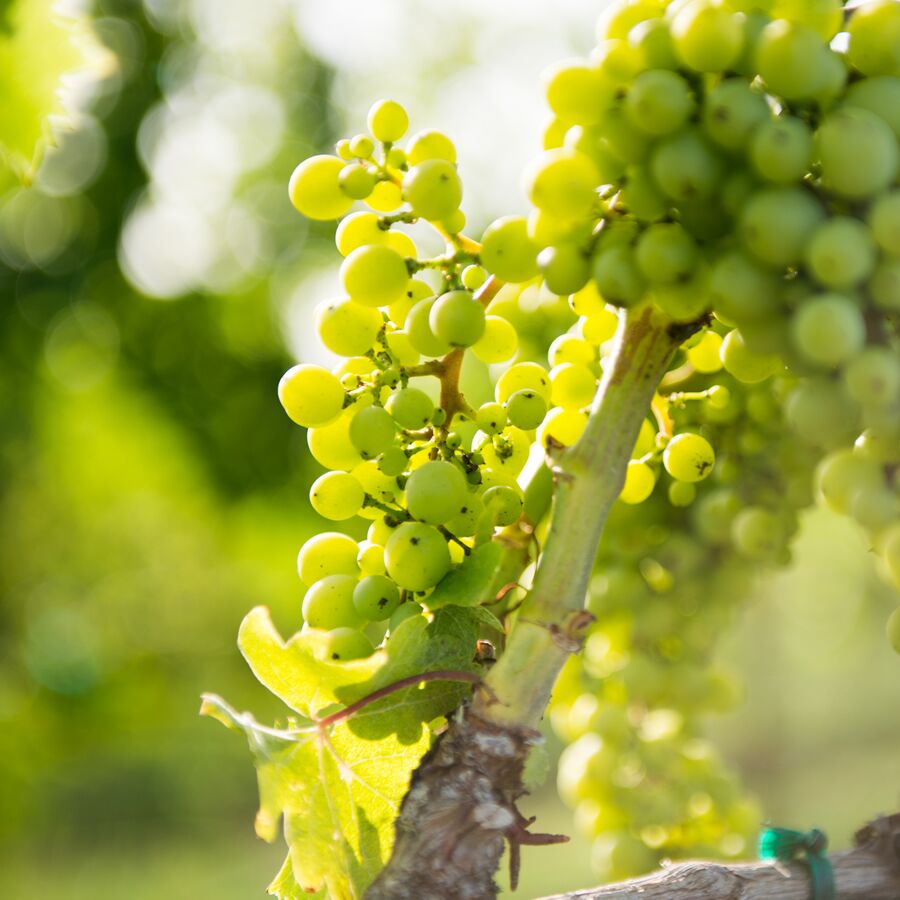