Tom Thoune is a master at finding the beauty in what appears to be broken. The Charlotte-based multimedia artist, sculptor, and painter has worked tirelessly to make a name for himself in the exploding art hub of the South. For the seasoned artist, what began as a fascination with collecting knickknacks led to a highly successful career in the arts.

“I’ve collected broken things ever since I was twenty-two,” Thoune begins, “not knowing that I was going to enter a period of creating artworks from these reclaimed materials. Connecting the dots later, I realized my mindset developed after  years of  accidental destruction of my father’s art objects.” 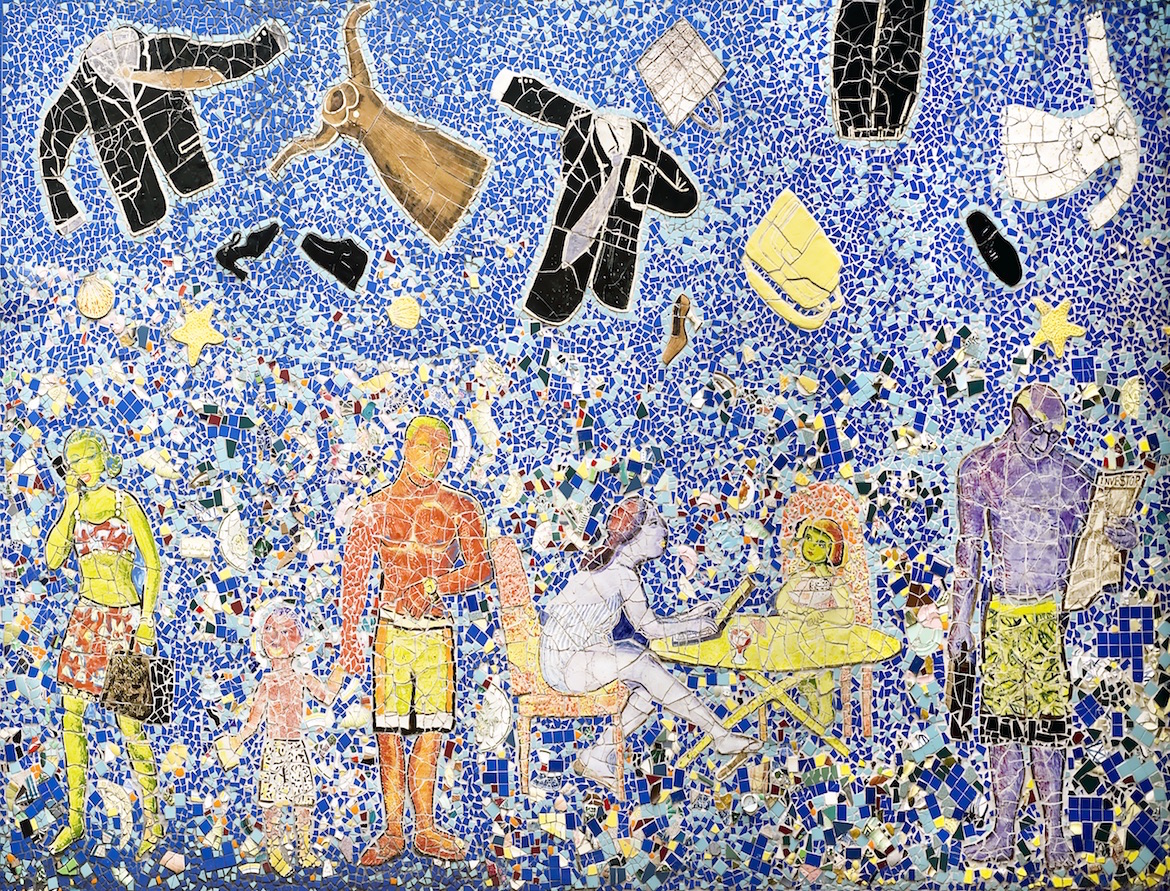 As Thoune grew up in Southern California, he quickly developed his father’s creative eye. His father, who worked as an interior decorator in SoCal, became a major influence in sparking Thoune’s passion for all that is art.

“My first job, at the age of fifteen, was to distress furniture for my father’s clients who were told they wanted ‘old world treasures,’” Thoune adds. “An oversaturation in the decorative arts was my college. There was no push for formal education.” 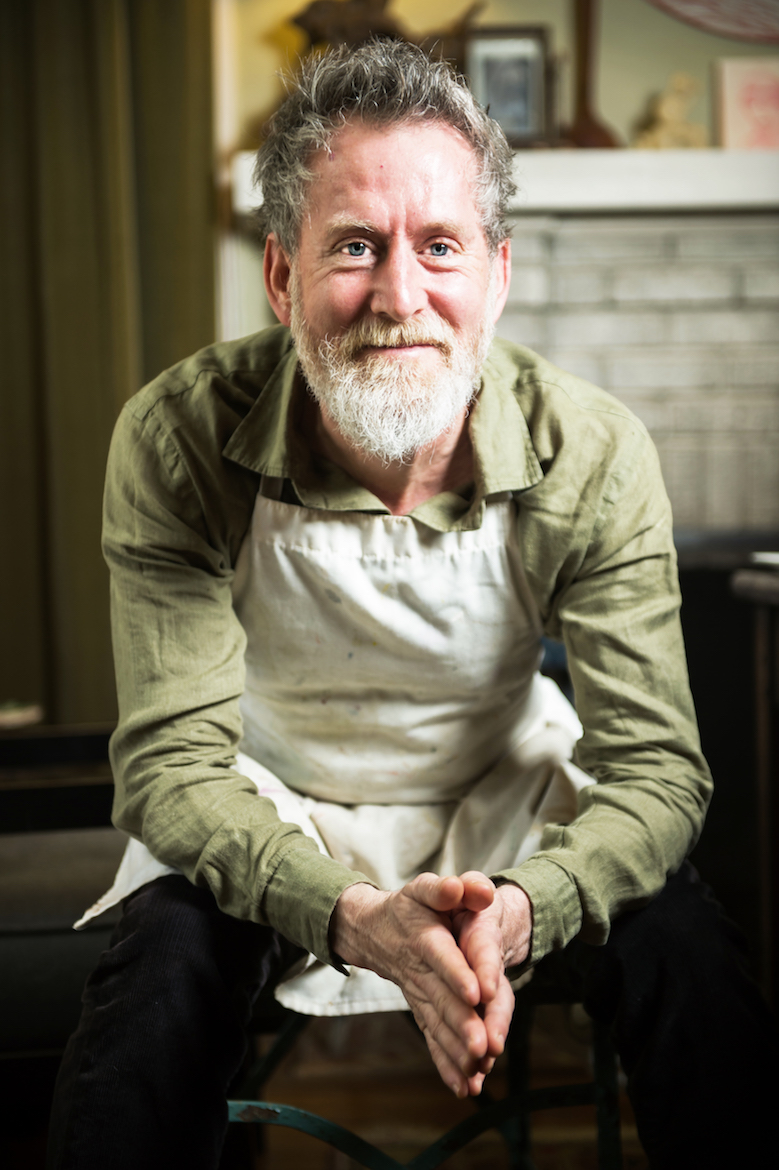 After moving to Charlotte, Thoune noticed a lack of public art in the area and is one of many artists who worked to cultivate what can now be deemed an art-lover’s paradise. Taking ceramics and mixed media classes at Central Piedmont Community College and working at the McColl Center for Visual Art as an Artist-in-Residence helped expand Thoune’s collection of ceramics, multimedia art, paintings, and fan-favorite 2D and 3D mosaic works, which can be now be spotted throughout Charlotte.

“We do have a lot to see in our current public art infrastructure,” Thoune recounts.  “When hungry for contemporary art, treasures are sandwiched between the McColl Center for Art and Innovation and the Levine Campus located at the more southern end of Tryon.” 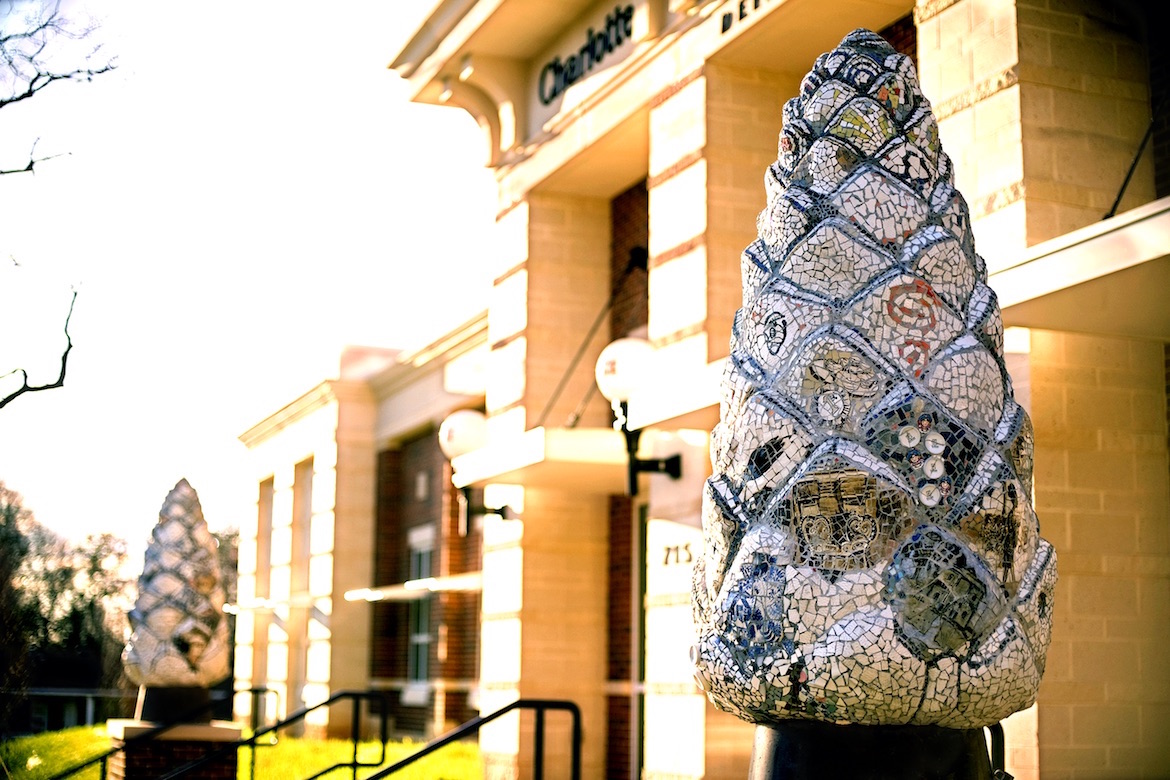 Thoune’s signature 2D mosaic works effortlessly combine pieces of brightly colored glass, resulting in kaleidoscope-like masterpieces. The carefully crafted mosaics work to add a pop of color to an otherwise mundane place, as his works can be spotted at the bustling Charlotte Area Transit System. The multimedia artist’s “Camden Wall” blends royal blue, turquoise, and crisp white colors to create what is now a much-loved cultural landmark. The artist credits his first trip to Europe, in 1989, as the beginning of what would later blossom into a lengthy relationship with mosaic art.