Shain Gallery, the nearly 20-year-old contemporary art provider housed in Myers Park, hosts over forty different artists. Each was carefully selected based on the artist’s inherent talent and their ability to move viewers and buyers. Trip Park, a Queen City resident, is one such artist whose work adorns Shain’s walls – though often not for long, as his well-beloved paintings sell out at an increasingly rapid rate.

Originally from New York, Park attended The University of North Carolina to major in Journalism. He recalls being told early on by a professor that the advertisements he was sketching in class “looked better than they were written,” so Park took the advice and entered the art-driven side of the advertising world. As an art director, he was able to draw much of the creativity and to make many of the connections that have today made his work possible.

The acrylic paintings Park creates are a mashup of inspirations, often featuring contemporary, brightly-colored, paint-splattered landscapes and animals that manage to tread a line between true-to-life and a touch of the otherworldly. The result is a mesmerizing image. 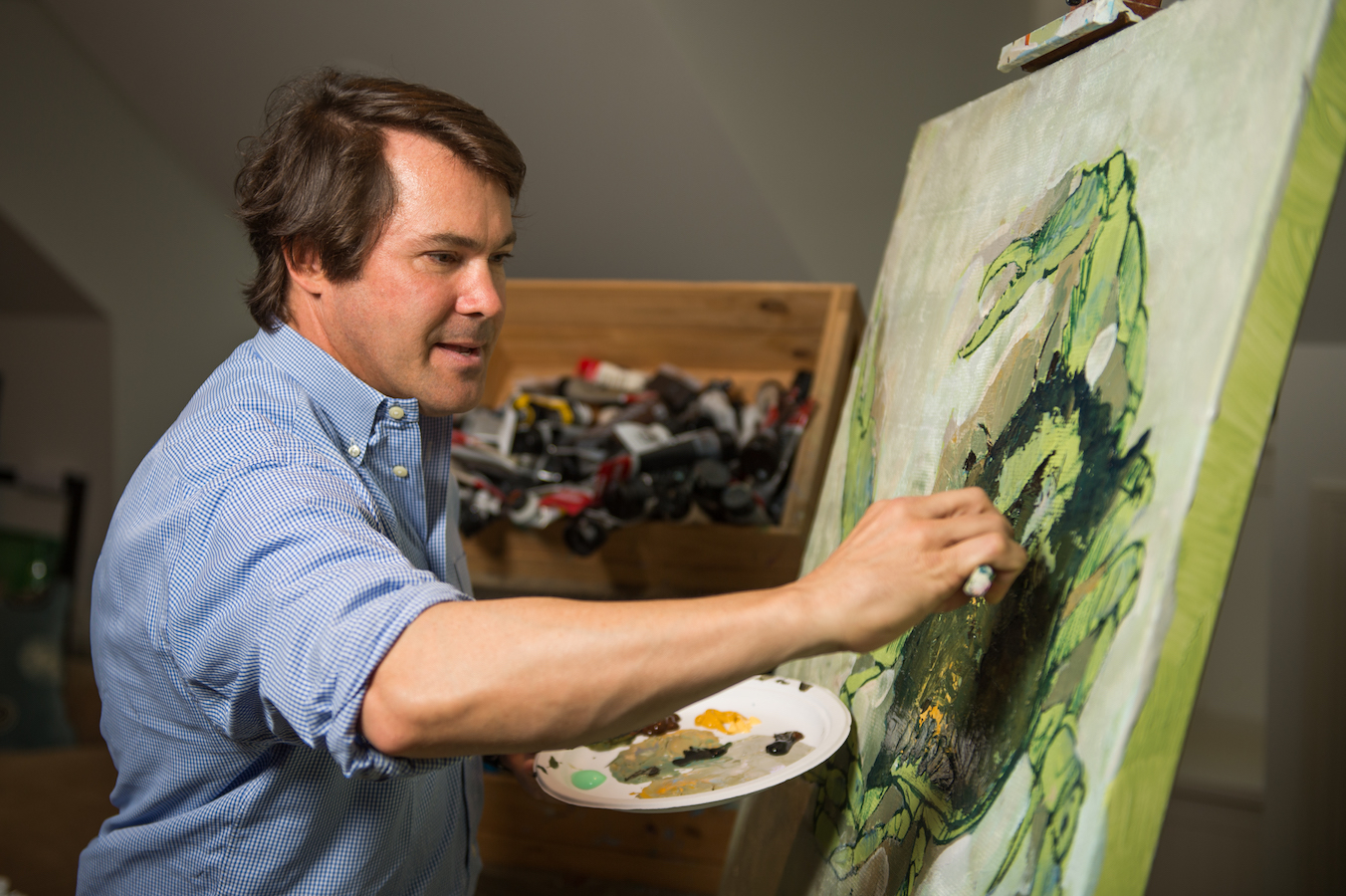 I think the point with every painting is to find the inherent drama.

Park considers himself a relative newcomer to the artist’s life, but his pieces resonate in a real way by managing to appeal to children and adults alike, and to draw the eye of everyone from high-end art collectors to feature film studio execs.

Park says his first exposure to the art world came at the start of his advertising career nearly 26 years ago. Working repeatedly with many of his favorite illustrators forced Park to confront the possibility of this other dream career on a nearly daily basis.

“I got to see them [artists] work first-hand and see how professional and talented they were while actually directing their trade towards our client’s needs,” Park says. “Between them [artists] and the animation studios with which we worked, I kept hearing, ‘come on, jump to the dark side.’”

Slowly, Park started submitted some illustrations as a freelancer. He proved successful, and began illustrating more regularly for children’s books (nineteen to date, 16 of which were for a series by author R.L. Stine) while also picking up other gigs, like providing editorial cartoons for Greensboro’s News & Record. 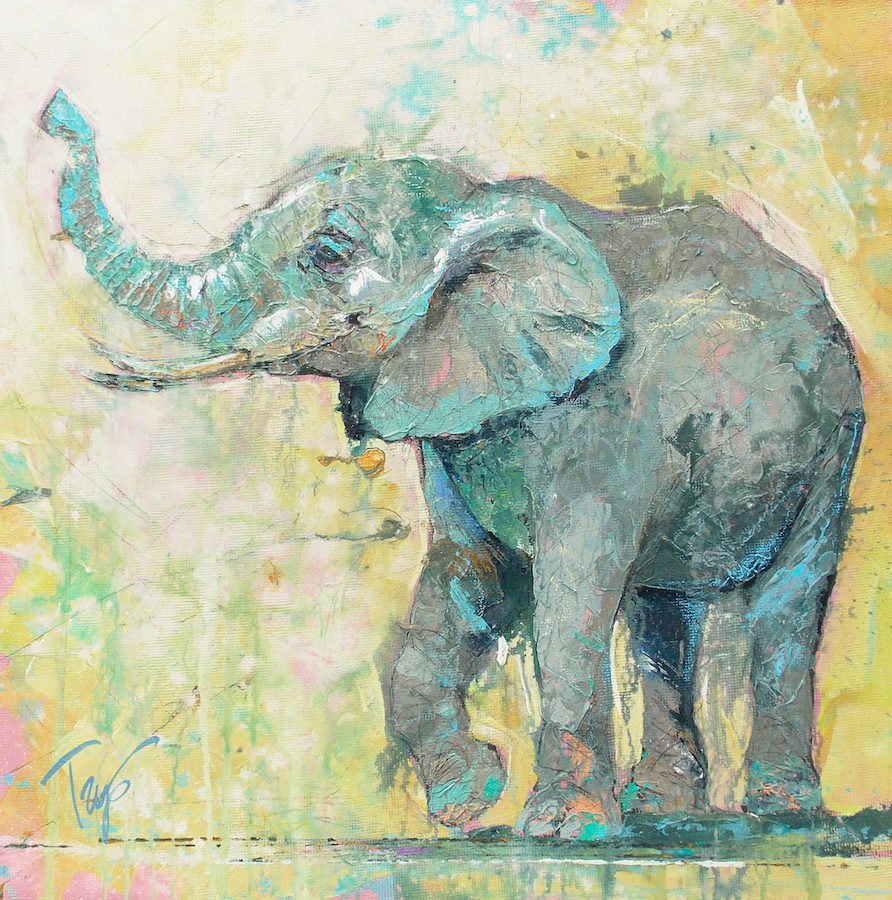 His work got noticed, in a big way. Park was tapped to help on the animation side of character design for Blue Sky Studios and asked to animate commercials for everyone from AT&T to PBS and McDonald’s.

Today, having shed his corporate career, Park spends his time creating his images in his studio. He’s self-taught, and animates digitally in addition to honing his painting technique. From a pointy-nosed Santa Claus to a barrel-chested ram to a flower-dotted field, each canvas is crafted with a variety of palette knives and acrylic paints. Park starts each piece first on his computer where he can hash out the dimensions of the piece he’s about to begin. 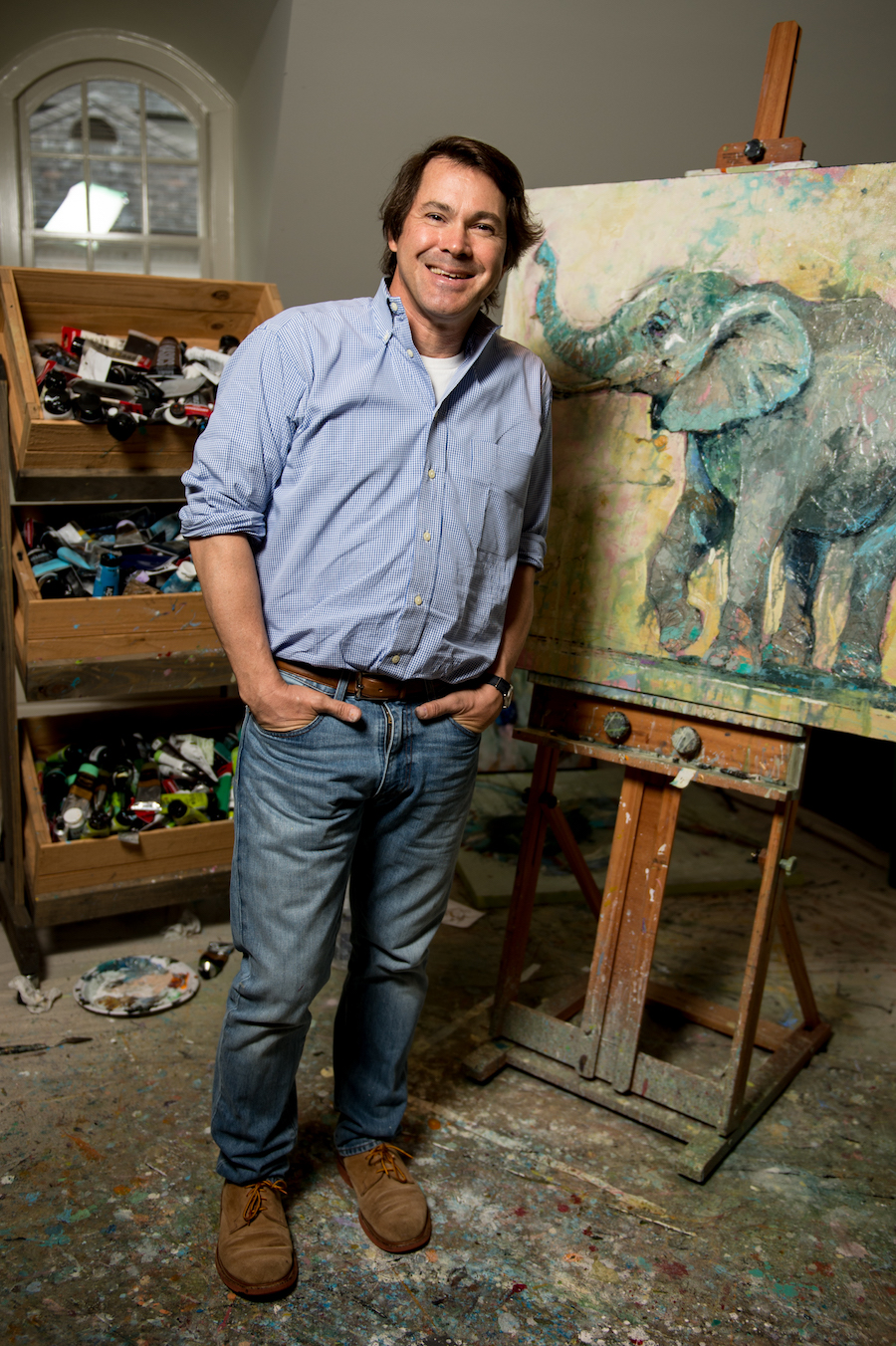 It needs to grab you, engage, and hopefully leave you with a sense of appreciation.

Trip Park brings a certain practicality to his work, a no-nonsense approach honed no doubt from the years in a highly competitive, cutthroat business world. He says his biggest drive is to keep improving and learning more and more about his craft. He is methodical and organized, claiming that he “finds it therapeutic to have an ongoing list of subjects I’d like to tackle in the near future so I’m never left hanging with nothing new to attempt.”

And though he knows that the muse may be a non-traditional or decidedly non-animistic one, he nonetheless credits much of the inspiration behind any given piece back to… advertising. 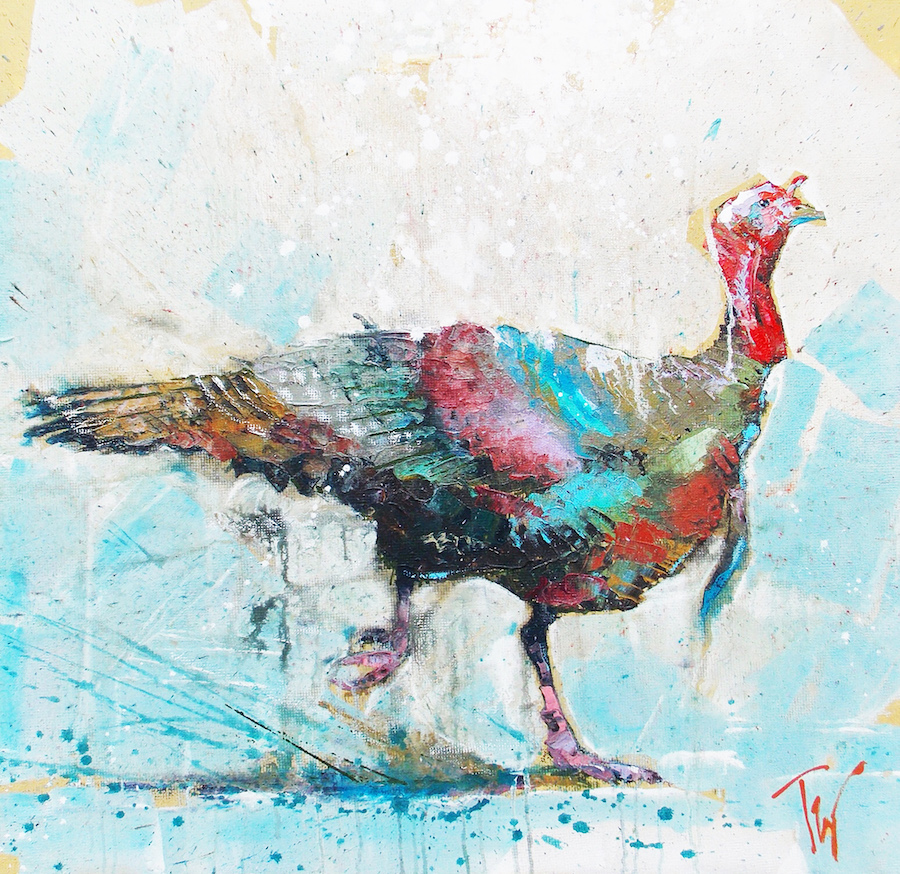 “A great ad, they say, has a nice feel and a balance between busy and negative space,” Park explains. “It needs to grab you, engage, and hopefully to leave you with a smile and sense of appreciation after you took the time to look at it. A painting, I think, needs to be approached the same way. There’s nothing worse than a bad ad, and a bad painting can bejust as disappointing.”

Park picks up new ideas everywhere, from his favorite artists like Ralph Steadman and Jeff MacNelly, from outdoor spaces, even from creative restaurateurs.

“I think the point with every painting is to find the inherent drama in each thing we’re trying to paint and then bring that out, in a huge way.” 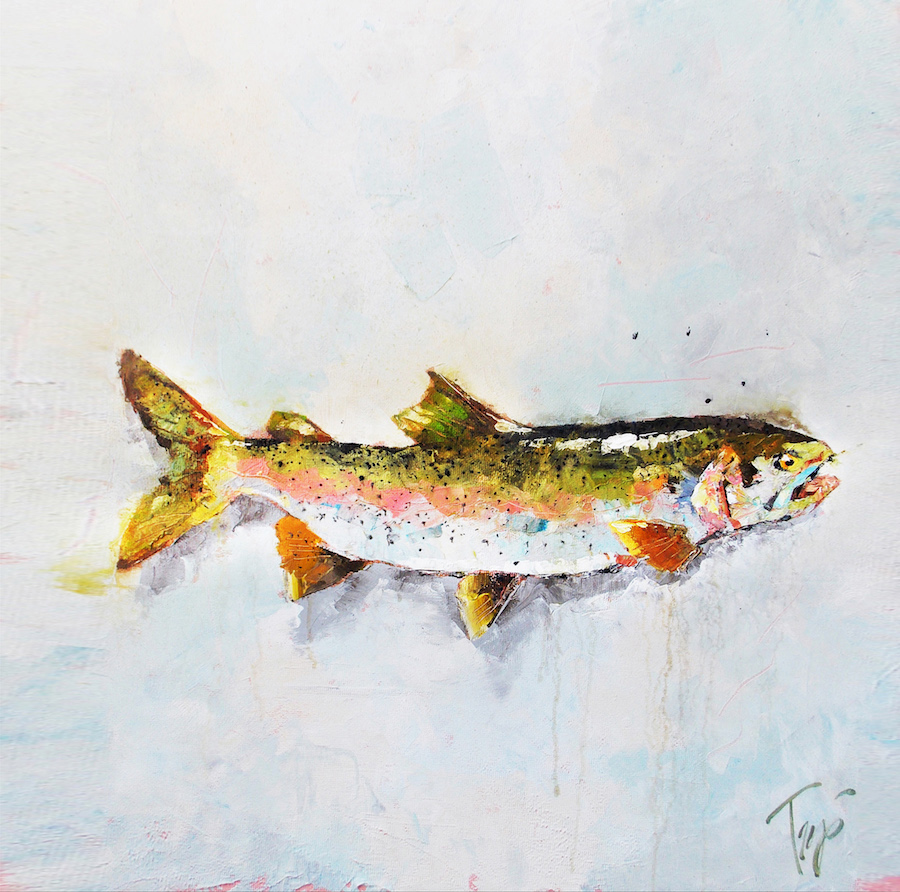 For further info, visit www.trippark.blogspot.com or www.shaingallery.com, or follow him @trip.park
For information on commissions, Trip can be contacted at trippark@gmail.com.