The Southeasts only purveyor of fine firearms resides right here in Charlotte, offering the most unique and desirable heirloom pieces to gun collectors in the Carolina’s and worldwide.

New London Arms, a fine firearms purveyor, came about because of an idea that former Navy aviator, Chuck Melman had after years of discussions with shooting sportsman in and around the Carolina’s.  Melman’s background is varied.  Originally from Michigan, he hunted and fished most of his young life.  After graduating from Eastern Michigan University, Melman served in the US Navy as an aviator.  Flying a variety of jets and having several hundred carrier landings, he possessed first hand knowledge of the Navy Squadron mindset and the importance of loyalty among service members.  This led him to form New London Arms, and by 2011, it was incorporated with the main purpose of facilitating the acquisition and delivery of Commemorative pistols for service members deployed in Naval Aviation Squadrons.

Because the squadrons encountered affordability problems, Melman took it upon himself to find a way for the Commemorative pistols to be made at a reasonable price.  The Commemorative pistols are developed by working directly with a squadron to design up to six laser engravings on a pistol slide, as well as laser engravings of the grips.  Typically, the slides have images of the squadron emblem, call sign, aircraft, and dates of deployment.  The actual cost of each pistol runs between the $800-$900 range with the companys profits being little if any at all.  According to Melman, even though New London Arms has expanded way beyond the Commemorative pistols, they remain the cornerstone of the business philosophy of being able to provide full service at an affordable price. 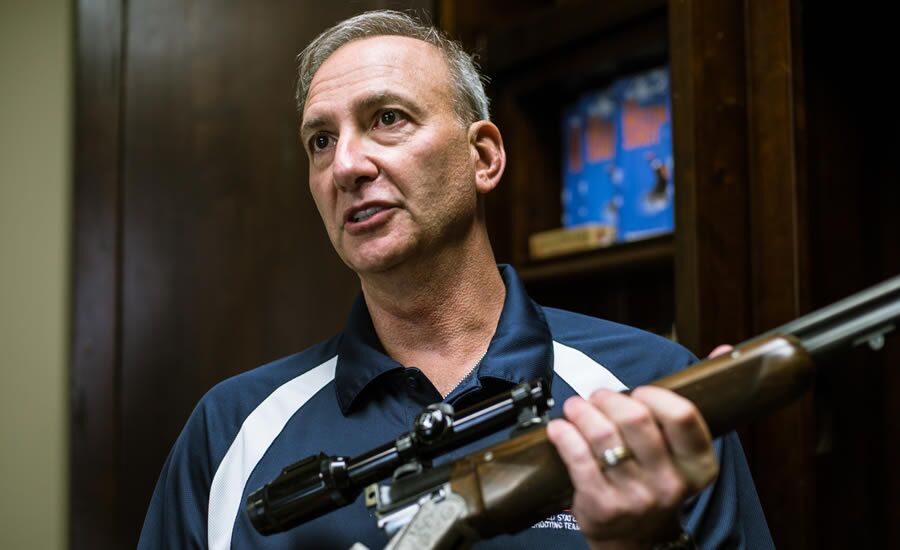 Following his stint in the Navy, Melman went to work for PricewaterhouseCoopers where he eventually retired as a partner (in 2010) after having worked for them close to thirty years.  It wasn’t until 2012 that Melman and his wife, Gina, decided to kick start the business, and the idea of the Shop was created.  Fostering extensive relationships with leading firearms manufacturers, the two of them broughtwhat they callthe boutique to Charlotte.

Charlotte and the Carolina’s in particular have been under served from the standpoint of a boutique retailer of fine firearms.  Local retailers have fine guns, the focus being mostly used or consignment guns and mass market, but the focus of New London Arms is the boutique atmosphere where you need an appointment to shop and see what the store has to offer.  There are new firearms for those participating in competitive shooting sports, firearms for the hunter who is looking for a superior shotgun or rifle and firearms for those who are looking to add to their collection.

Our goal, says Melman is to become the preeminent purveyor of fine firearms, not just in Charlotte and the Carolina’s but also in the Southeast. Cost depends on the type of firearm; however, prices start in the $4000 range and increase on up to $40,000.  Located just five minutes from the Charlotte Douglas Airport off of Billy Graham Parkway, the boutique offers some unique services.  They pick up travelers from the airport, bring them to the store, and get them back in time to catch [their] flight.  With numerous brands sold, New London Arms is proud to be an authorized dealer for Blaser USA.  They are also the only Beretta (Italian made) Premium Clay Target dealer in the Carolina’s.  Other brands featured at the boutique are the Italian made Fausti, the Spanish made, Grulla Armas, Perugini and Visini, FAMARS, and the German manufacturer, Merkel.  Custom leather gun cases can be made to order by local craftsman while other shooting accessories include Negrini cases made in Italy. The shop also carries clothing.  The boutique is the one-stop-shopping for the firearm connoisseur.

New London Arms has many goals but giving back to the community is of the utmost importance. This is one of the traits we learned years ago, says Melman, whether in military service or in working as professionals, [you must give back.]  This year, New London Arms will be participating in the Patriots Gala.  Having a natural connection to those who served and their family members, the New London Arms has created a one of a kind Commemorative 1911 Pistol (made in the USA by Remington) that will be auctioned off, the proceeds of which will go to help veterans from North and South Carolinian who were injured during war.  When not busy working at the boutique, Melman and his new partner Stewart McDowell are members of numerous hunting and outdoor organizations and are active supporters of conservation and habitat preservation.

For more information and to see their heirloom firearms visit them at NewLondonArms.com.
, familial love, and a God-given gift he continues to pass on to his son, James. As they say in the South, Eddie and James Hamrick do North Carolina proud. Some of their notable pieces can be found from the White House to the State Capital, from Museums in NC to the Presidential Library of George H. W. Bush at Texas A&M,  and even in the collections of the Smithsonian. For further information on Eddie and James and to see more of their work visit www.hamrickwoodwright.com. 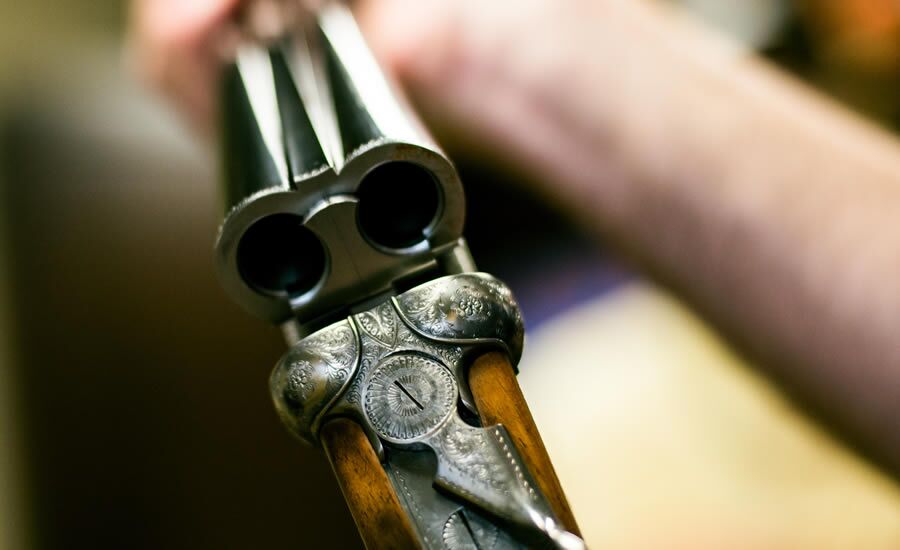